Jeff Chan made a successful promotional debut in February with a second-round submission victory at ONE: KING OF THE JUNGLE, but now, he has faced his toughest challenge to date – his mom.

The Canadian has used his time under lockdown to spend more time with his mother.

As part of their bonding experience, Chan began teaching his mom the basics of Muay Thai for one hour per day, six days a week, for 30 days.

It’s officially been a month of training my mom! Watch her 30 day progress, and more importantly, watch her kick my a** in the final test ???? Support martial arts training by checking out the full video in the link in my bio!!

The bantamweight mixed martial artist was impressed with his mom’s development. “She turned out to be a natural and a very good listener,” he admits.

Since his mother was using Muay Thai for fitness, Chan showed her different combinations to keep the instruction light and fun. He even credited his low kick to the matriarch after noticing her natural form with the technique.

At the end of the 30 days, Chan put her to the ultimate test with a few rounds of sparring.

After watching the match, it’s safe to say that talent runs in the family. 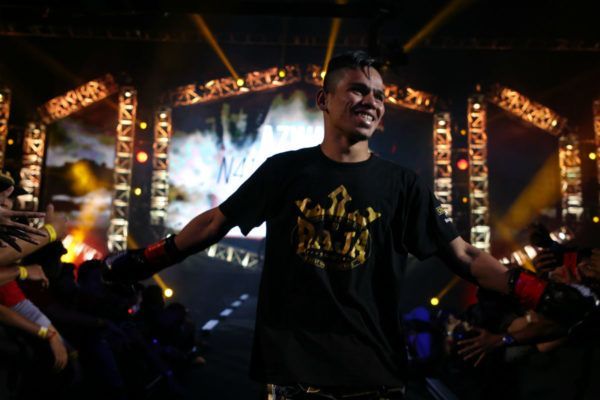