Jeremy Meciaz is one of the youngest national grappling champions in Indonesia. On Friday, 26 May, the man known as “The Predator” will take his slick grappling talents to the cage, as he is slated to make his professional mixed martial arts debut.

The 25-year-old Jakarta resident will make his premiere against fellow promotional newcomer “Rock Man” Chen Lei at ONE: DYNASTY OF HEROES, live from the Singapore Indoor Stadium.

Meciaz believes this is the beginning of a new journey, one that he is sure will end with him claiming ONE Championship gold.

“I can prove myself here,” he says while getting a little teary-eyed. “I want to be the champion. I want the belt. I see it. I see myself holding it.” 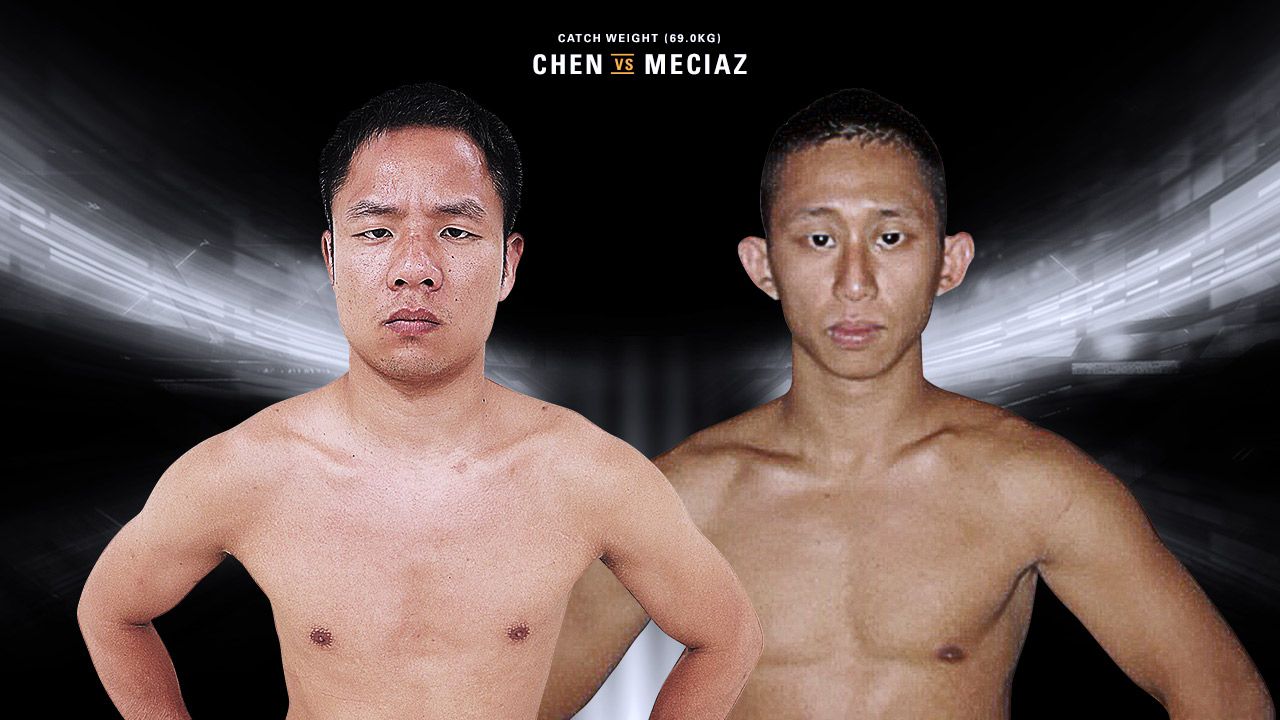 Chen is a Chinese mixed martial artist who trains out of Changsha Brazilian Jiu-Jitsu Academy, and holds a spotless professional record of 4-0. Similar to Meciaz, he is a master grappler who is a Shanghai Open BJJ Champion.

Though Meciaz does not know too much more about his opponent, his manager Adri Kumara says the Indonesian is prepared for all scenarios.

“We need to be prepared for everything,” Kumara states. “Because we are in the dark about Chen Lei, we are focused on his strength. We want a ground battle, but we have got to be prepared for a stand-up fight, because Chinese fighters can be strong in wushu.”

Meciaz may be facing some steep odds, but he is used to that.

Back when he attended junior high school as a kid living in the Central Java city of Surakarta, he self-trained in boxing and was a bit rebellious. He got into his fair share of trouble and was usually standing on his own.

“I did a lot of street fighting,” he admits. “There were student rumbles between schools. Usually, it was me against many, but no one ever backed me up.”

The young man laughingly shows how he confronted opponents in street fights as a 12-year-old boy, coming across as half madman meets half windmill, with his fists once connecting with something other than his rival.

“It was like, ‘Waaaa,’” he demonstrates, with his arms flailing over his head. “And then, boom — a wall. He (his opponent) had ducked.” He then shows his right fist, which is slightly misshapen from a nasty break below the knuckle of his index finger.

Soon, Meciaz left the mischievous lifestyle of the streets, and started to properly train with a legitimate coach to turn his life around. However, there were many times when he was frustrated.

“It was different. I had to follow techniques,” he says. “It was hard, because I used to win a lot of fights. I did not think I had to listen to a coach. But I had to learn the correct techniques, and over time, my punches got stronger.”

Although he took the occasional break from training, due to school exams, he rededicated himself to his craft in 2011. He has been training twice a day, every day, since. Along the way, Meciaz took a liking to Brazilian jiu-jitsu.

He has proven to be a talented practitioner, as “The Predator” has competed, and won, many competitions, including Indonesia’s Super Grappler tournament.

Now, Meciaz is making the transition into mixed martial arts, and wants to prove himself as an elite martial artist. He even sacrificed the opportunity for higher education to focus on his dream.

Currently, he trains under Team Phantom MMA under coach Linson Simanjutak a former welterweight competitor from Northern Sumatra. Needless to say, Meciaz is taking this upcoming contest with Chen, and his newfound career, seriously.

“I already see fighting as a job. I train, train, and train, and one day I want to be the champion,” Meciaz says. “I see martial arts as the only way to be champion. I am an athlete. I am not in a cockfight. I am a sportsman.”

Meciaz also found out recently that being an athlete also happens to run in the family. His grandfather sadly passed away earlier this year, and he got a surprise when he was helping his grandmother sort through his late grandfather’s things.

“He had his stuff in his storage boxes in his room, and I found his judo gi,” he recalls. “He was a black belt. I pulled it out of the box and asked what is this? ‘That is your grandfather’s gi,’ my grandmother said.”

Even though martial arts runs in his family, his parents are not exactly thrilled with his chosen profession. Meciaz admits that his parents are fearful, and he knows they are nervous for their son. But he also knows the best way to build their confidence is to defeat “Rock Man”, and come back with with a title belt.

“They are scared, but I am not,” he says, confident of achieving victory. “I want to walk in the door after my fight and put my ONE medal around my mother’s neck.”