Hayato Suzuki may have suffered his first career defeat two months ago, but that only served as motivation for him to improve, get back on the winning track, and redeem himself.

On Friday, 26 January, the Japanese grappler defeated Brazil’s Yago “Codorninha” Bryan in the first round of their strawweight clash at ONE: GLOBAL SUPERHEROES, which emanated from the Mall Of Asia Arena in Manila, Philippines.

Hayato Suzuki flattens Yago Bryan and secures a tight RNC victory in the 1st round!

Bryan tried to set the pace in the opening seconds of the frame with a striker’s stance, but the wily Suzuki was only backing up to set up the takedown. Once he shot for the legs, the Nova Uniāo representative was quickly on his back.

The Brazilian played the defensive game as best he could, trying to stifle Suzuki’s attempts to pass to half guard on the right side, even drawing referee Yuji Shimada to call for more action from his opponent.

Suzuki would not be denied, however, as he eventually improved his position at the midway point of the round. A desperate Bryan tried to stand up, but that backfired, as the Japanese grappler got one hook in and dragged him to the ground, even as he took two fierce back elbows to the face. 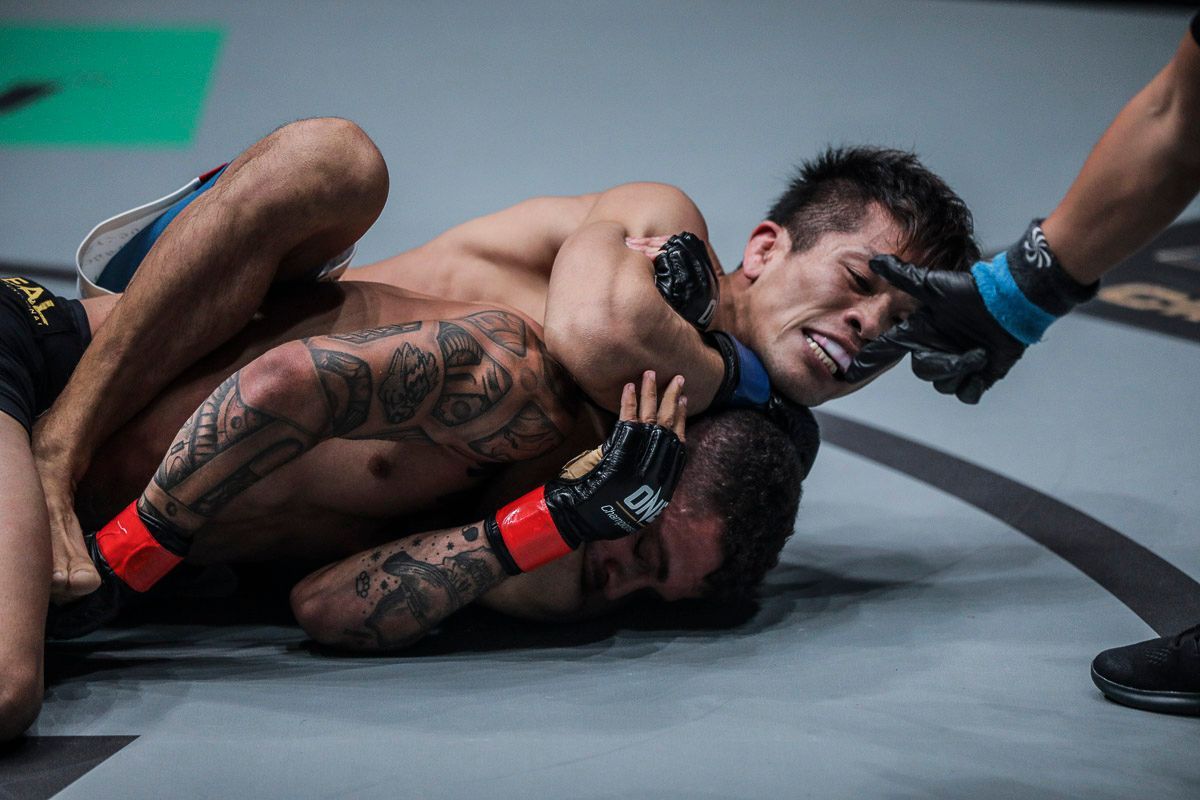 The Japanese competitor’s determination was on full display. He fished relentlessly to get that second hook in, and soon achieved it. As soon as Suzuki got his arm under the chin and flattened Bryan out, the tap unsurprisingly followed at the 4:03 mark of the first round.

With the sensational finish to the bout, Suzuki improves to 18-1-2 and picks up the 13th finish of his career, putting his name into the hat for a rematch with Silva in the process.