Hakim Hamech had the martial arts world talking after his ONE Super Series debut, but that will be nothing compared to the attention he will get if he wins his next bout.

The Frenchman has been handed one of the toughest tests in Muay Thai at ONE: A NEW ERA in Tokyo, Japan with a flyweight bout against 21-year-old phenomenon Rodtang “The Iron Man” Jitmuangnon.

The bout will feature on the prelims of ONE Championship’s biggest ever event this Sunday, 31 March.

Hamech began life in The Home Of Martial Arts with a sensational first-round knockout of Yukinori Ogasawara last September.

The 26-year-old did not let his success go to his head, however. The man from Lyon has plenty of success at an elite level, with 43 wins and two Muay Thai World Championships to his name so far in his career.

He has also stayed level-headed despite a big step up in competition to face a Thai superstar who, despite being just 21, has 255 victories – including two in ONE Super Series – and two Muay Thai World Titles on his résumé.

“Nothing has changed,” Hamech explains.

“I am still working with my sparring partners at the gym and my brothers. The gym is a full family [and] they bring me a lot of advice, but everything is the same.

“I have taken rest time with the family. I have also trained a lot to bring perfection to my next bout.” Despite “The Iron Man’s” pedigree from his homeland’s stadium circuit, and a pair of dominant unanimous decision victories on the global stage for martial arts, the French striking star is treating this assignment like any other.

Though he recognizes how dangerous his opponent can be, the Team-NAS-R.K. representative is confident in his abilities.

“I think that his way of fighting brings him a lot of weapons, but to be honest, I don’t pay attention,” he adds.

“I will compete as I usually do with the will to win.”

Though Hamech has had his hand raised against top-quality international opponents all around the world, a win against one of the very best pound-for-pound young competitors in the art of eight limbs would eclipse them all – not least because of its place on the most stacked card in martial arts history.

It would also shoot him toward the top of the list to compete for a ONE World Title, but that is not at the forefront of his mind. 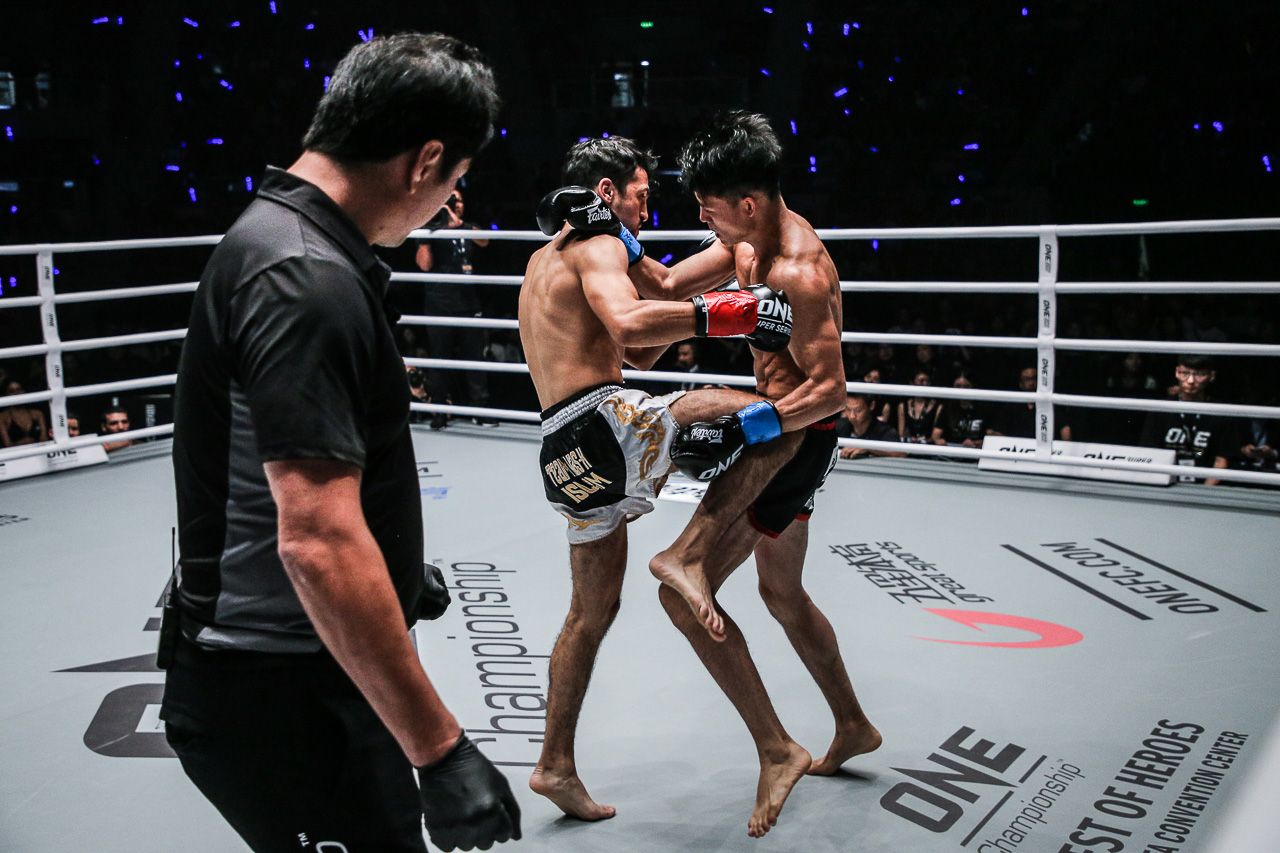 “My plan is to produce the best results within the organization,” he says.

“The belts don’t matter. The best outcome for me is to beat strong opponents. The best is yet to come.

“I fight to win any way possible, whether it’s on points or by knockout. What I target is the win – nothing else.”