Geje “Gravity” Eustaquio cemented himself as ONE Championship’s “Rematch King” by avenging a defeat for the fourth time in his career at ONE: MASTERS OF FATE.

On Friday, 8 November, the former ONE Flyweight World Champion redeemed himself for his loss to Toni “Dynamite” Tauru with a spectacular spinning back kick knockout in Manila, Philippines.

Though it is the Team Lakay representative’s training partner, Kevin “The Silencer” Belingon, who is best known for his success with this technique, Eustaquio spent hours in the gym honing it to perfection so he could also execute it perfectly when the pressure was on.

“I practiced that spinning back kick thousands of times and I’m happy I was able to show it [on Friday night],” he says.

“It’s a very effective weapon, and I plan to practice it 10,000 more times. Hopefully, we can repeat it.”

Before he hit the finishing blow, however, it looked like the Team Lakay standout may suffer the same fate as he did in December 2016 when the Finnish submission specialist took his back and threatened a rear-naked choke.

When he was put in that position at ONE: AGE OF DOMINATION, it was not long before “Gravity” tapped out, but this time, he was prepared to survive.

Just like with his offensive skills, he had put the time in the gym to ensure he had the wherewithal to endure his rival’s submission attack.

If Tauru threaded his arm under the chin and locked up the hold, he would have likely repeated the result of the first encounter.

Fortunately for Eustaquio, he stayed composed and stuck to his game plan to escape and take a dominant position, which brought a huge reaction from the crowd.

“I was confident that he wouldn’t get the choke,” the 30-year-old says.

“I know it was still dry, it wasn’t slippery, so I was confident that I could get out of it. I’ve also been to that position a thousand times after my loss to Tauru in 2016.

“I moved back to the mountains and repeated being in that position many times. Practice makes perfect.”

Eustaquio also gave credit to the Filipino fans inside the Mall Of Asia Arena, who made a deafening noise throughout his bout to encourage him through his difficult spot. 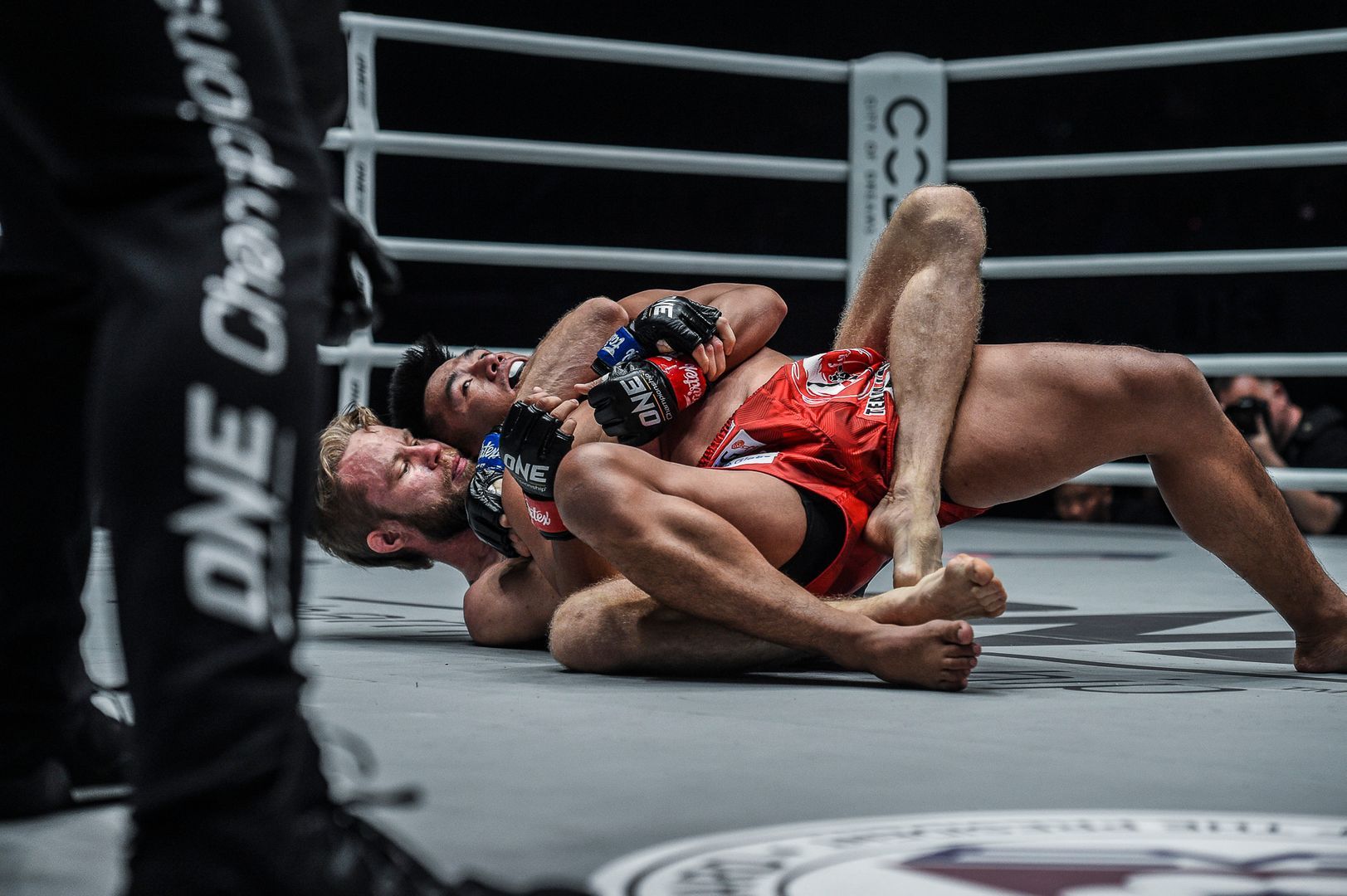 “The Filipino people are really different supporters. When they cheer they really cheer,” he adds.

Eustaquio may get the chance to do that again when The Home Of Martial Arts returns to the nation’s capital on January 31.

Whenever and wherever he competes again, the veteran competitor hopes ONE executives will match him with a highly-ranked opponent that can propel him back toward the World Title – which will be held by either the current World Champion, Adriano “Mikinho” Moraes, or ONE Flyweight World Grand Prix Champion, Demetrious “Mighty Mouse” Johnson.

However, “Gravity” says he will first focus on some well-earned downtime.

“I hope Mr. Victor Cui or Mr. Chatri [Sityodtong] will bring a belt for the “Rematch King,’” he says

“Now, it’s time to go back to the mountain, rest, and enjoy the holidays.”

Read more: What’s Next For ONE: MASTERS OF FATE’s Big Winners?