Former ONE Flyweight World Championship contender Geje “Gravity” Eustaquio will look to continue his successful bantamweight campaign when he meets Finland’s Toni “Dynamite” Tauru at ONE: AGE OF DOMINATION on Friday Night, 2 December, from the Mall Of Asia Arena in Manila, Philippines.

Tauru, a Vale Tudo specialist with an impressive ground game, is all the more dangerous fighting with his back against the wall, as the 10-4 combatant is on a three-fight losing skid coming into the contest and is desperately trying to turn his career around after a 10-fight win streak.

Eustaquio is confident in his own abilities, but the Filipino expects a tough battle.

“I look forward to swimming with him in the deep waters,” the 27-year-old says. “I see it as a chess game. I have my plans that I will take to the cage with me.”

The man known as “Gravity” is the hometown favorite and rightfully so. He attended Baguio City National High School and following graduation, he enrolled at the University Of The Cordilleras and was a member of the Philippines National Wushu Team.

“I used to be a Wushu player during my college years,” Eustaquio says. “In fact, I received my degree for free because of martial arts. After finishing my degree, I worked for a year in an international school as a teacher.” 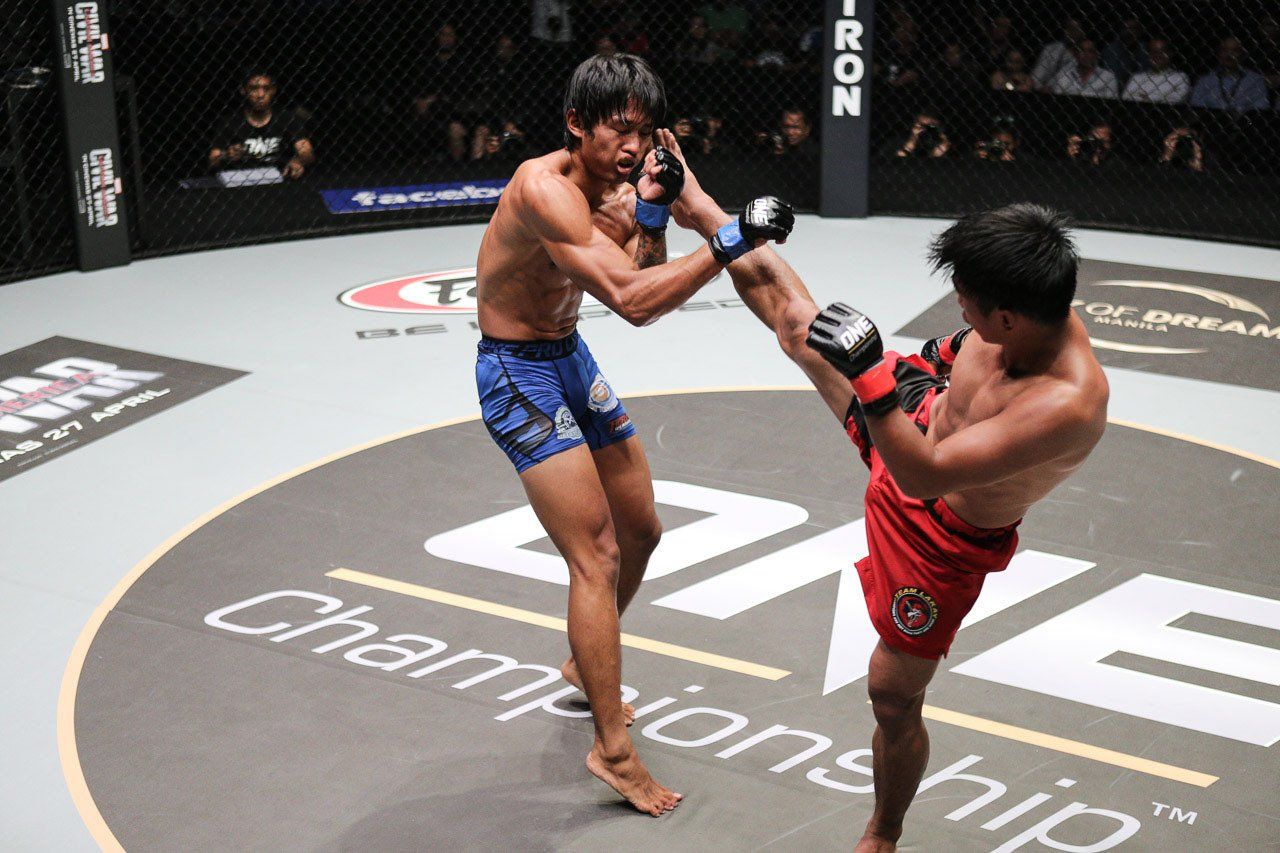 Once that year was up, however, he reached out to Mark Sangiao and was interested in a different type of teaching.

“I reflected and asked to get back [together with] my coach and help him teach the new upcoming breed of martial artists, as a way of giving back to him and to the community,” he recalls. “After that, I used to watch the then-new sport of MMA and I decided to put my heart and soul into it.”

Training out of the Philippines’ Team Lakay, “Gravity” made his professional debut in February 2011. He competed in three local shows, winning two of the contests, before signing with ONE Championship. Eustaquio made his promotional debut a year later against Alex Silva at ONE: BATTLE OF HEROES, and it was a night he will never forget.

“My first ONE Championship fight is the most memorable to me,” he says. “It is the biggest victory of my career because it was the first time I won internationally.” 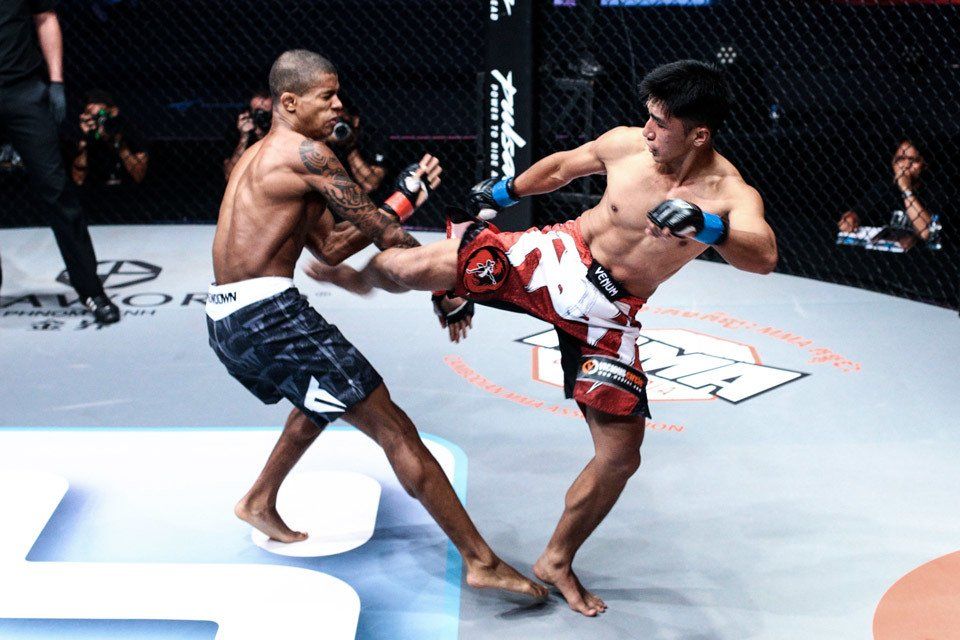 Eustaquio continued to excel in the promotion’s flyweight division, even vying for the inaugural ONE Flyweight World Championship at ONE: RISE OF THE KINGDOM back in September 2014. Though he lost Adriano Moraes (who currently holds the interim championship), and Anatpong Bunrad in his next bout, he decided to move up a weight class following the promotion’s newly-installed weigh-in program that banned weight cutting by dehydration.

He defeated Saiful Merican in a catchweight bout at this past January’s ONE: CLASH OF HEROES, and then debuted at bantamweight where he bested Malaysian prospect Gianni Subba at ONE: GLOBAL RIVALS three months later.

Though Eustaquio has re-created himself, he gives a lot of the credit to his teammates and, of course, Sangiao.

“He is the best coach we have,” the bantamweight says. “He is a brother, a father, and a mentor. He always looks at things for the long run and treats his team as a whole team. I was inspired by Mark. The hardship of life drives me to move forward and be the best in MMA.” 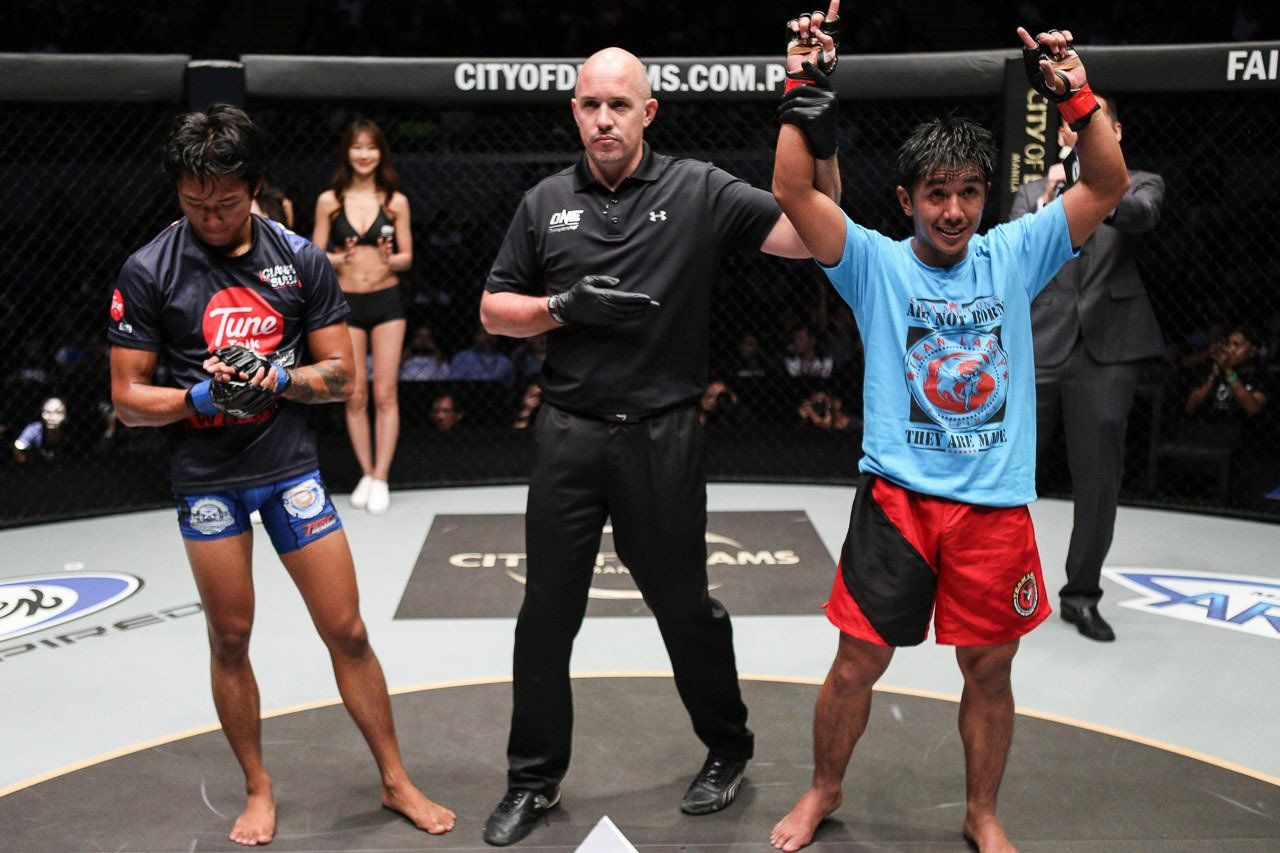 Now in a more suitable weight class, and armed with a brand new Masters of Arts in Physical Education, “Gravity” is getting closer to a future title shot against divisional kingpin Bibiano Fernandes and proving that he is the best.

That further stresses the importance of this upcoming bout with Tauru, a former Cage Warriors FC Bantamweight Champion who wreaked havoc all across the European scene, and even challenged for Fernandes’ title himself.

With two hungry fighters wanting to prove their worth and stake their relevance in the division, this match has all the makings of being the fight of the night.

“Do not miss the chance to witness when the good becomes better and the better becomes the best,” Eustaquio states. “Bring it on!”