Fu Chang Xin made his countrymen in China’s Guangzhou Tianhe Gymnasium proud on Saturday, 7 July, with an exciting performance in his ONE Championship debut.

The 25-year-old Harbin, China-based athlete defeated Kazakhstan’s Rustem “Actor” Yensebayev via TKO in the first round of their catch weight bout at ONE: BATTLE FOR THE HEAVENS.

Chinese superstar Fu Chang Xin put on an amazing performance in his ONE debut, finishing Rustem Yensebayev with a TKO at 4:32 of Round 1!

Chinese superstar Fu Chang Xin put on an amazing performance in his ONE debut, finishing Rustem Yensebayev with a TKO at 4:32 of Round 1!TV: Check local listings for global broadcast

As soon as the opening bell sounded, each martial artist immediately tested out their range with a variety of dazzling kicks.

Yensebayev, a 28-year-old CKF Champion, caught one of his adversary’s legs and brought Fu to the ground. Although he could not keep Fu there, he snuck in a few knees to the body when his foe returned to his feet.

The “Actor” proceeded to push the pace, and connected with his jab and a couple of low kicks. However, Fu, also a CKF Champion, never appeared threatened. After a brief striking exchange, Fu charged at Yensebayev and decisively brought him to the canvas with a double-leg takedown halfway into the stanza.

The Kazakhstani threatened with a guillotine choke to get back to his feet, and once they separated, he attacked Fu with punches, kicks, and even a high knee.

Yensebayev was gaining confidence. Though Fu brought him to the ground with another double-leg takedown, he slid out from underneath him, got back up, and landed a takedown of his own.

The Kazakhstani went for another guillotine choke, but Fu fell on top of him, landed in side control, and dropped a barrage of elbows and punches. “Actor” tried to scramble away, but Fu was relentless in his attack. Referee Yuji Shimada was forced to stop the bout at 4:32 of round one. 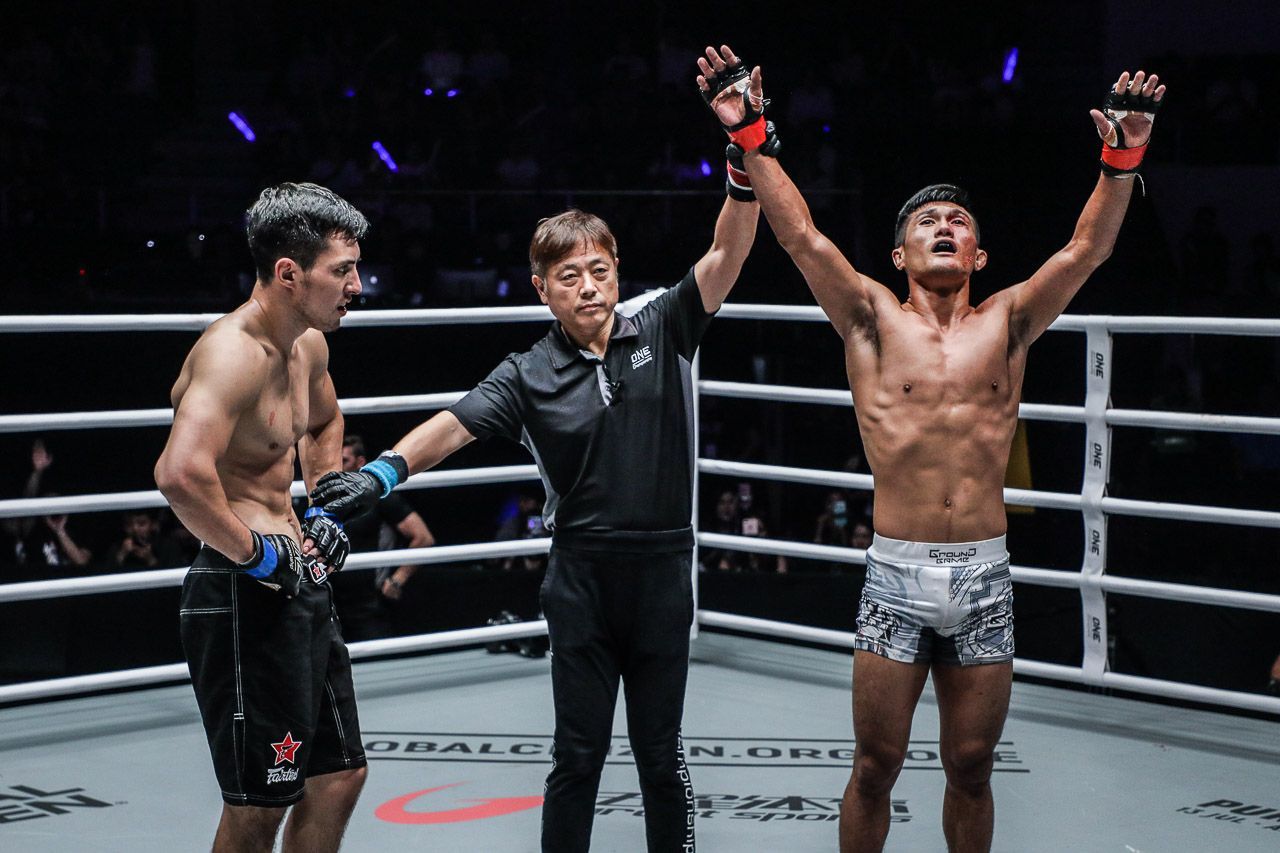 The young Fu thrilled the crowd and earned his first promotional win in the process.

He moves his record to 8-1, and put himself forth as one of the promotion’s next rising stars.