It is a daunting task to go to the canvas with someone like Japanese leg lock legend Masakazu “Ashikan Judan” Imanari. However, “Ottogi” Dae Hwan Kim remained in control, and utilized his own ground skills to secure a victory.

This past Friday, 20 April, at ONE: HEROES OF HONOR in Manila, Philippines, Kim earned a unanimous decision victory against one of the greatest submission masters in the game.

The stone-faced Japanese competitor dropped for a signature Imanari roll to kick things off, but Kim kept his distance. Undeterred, Imanari rushed in with his hands down, but the South Korean dropped him quickly with a right hand. However, despite being a submission-savvy athlete himself, Kim wanted nothing to do with “Ashikan Judan” on the ground, and let his rival back to his feet. Then, Imanari latched onto the South Korean, jumped guard, and locked onto a leg, but Kim was able to jump free.

The Japanese warrior rolled into a leg entanglement again, and looked to have a deep heel hook, but Kim alleviated the pressure, and stayed in the top position. The South Korean’s defense in the first round was impressive, as was his composure.

Kim did not take the bait when it came to the prancing movements of Imanari during the second round. The match would hit the mat, but “Ottogi” exercised patience in the top half guard position. He dropped some ground strikes, but wisely backed off. At one point, Imanari even butt scooted around the ring in an attempt to get Kim back to the mat, but to no avail. 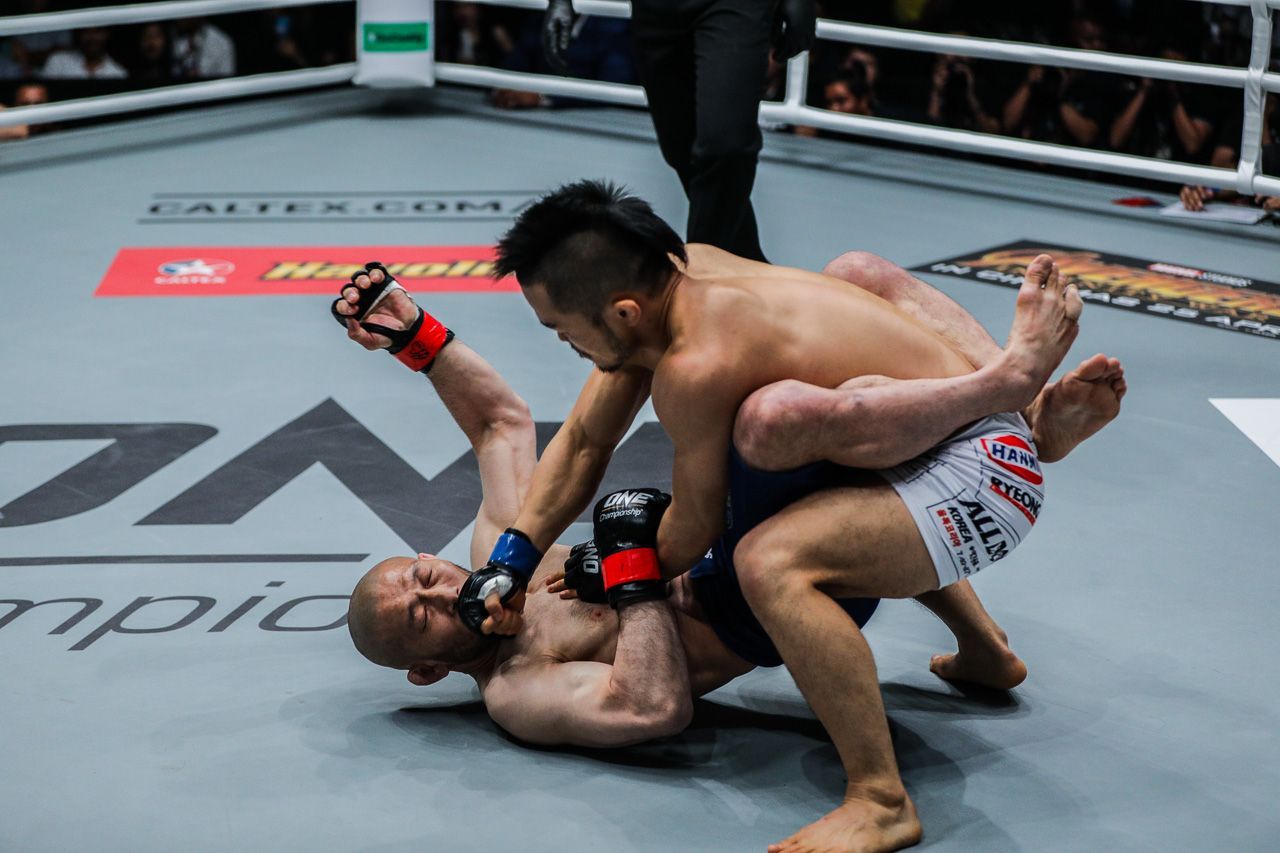 Imanari must have known he was down on the judges’ scorecards, so he came out to start the third frame with well-timed strikes. Kim seemed unfazed to go to the ground in this round, as he flattened the Japanese athlete, and began landing knees to the head from side control.

The South Korean threw furious shots from the crucifix position, and had the crowd inside the Mall Of Asia Arena screaming with every blow. Kim was able to mount the ground specialist in the last few seconds of the match, and sealed the deal in a very impressive performance.

With the unanimous decision victory, Kim improves to 13-3-1, and gets back into the win column after falling short in his previous two outings.