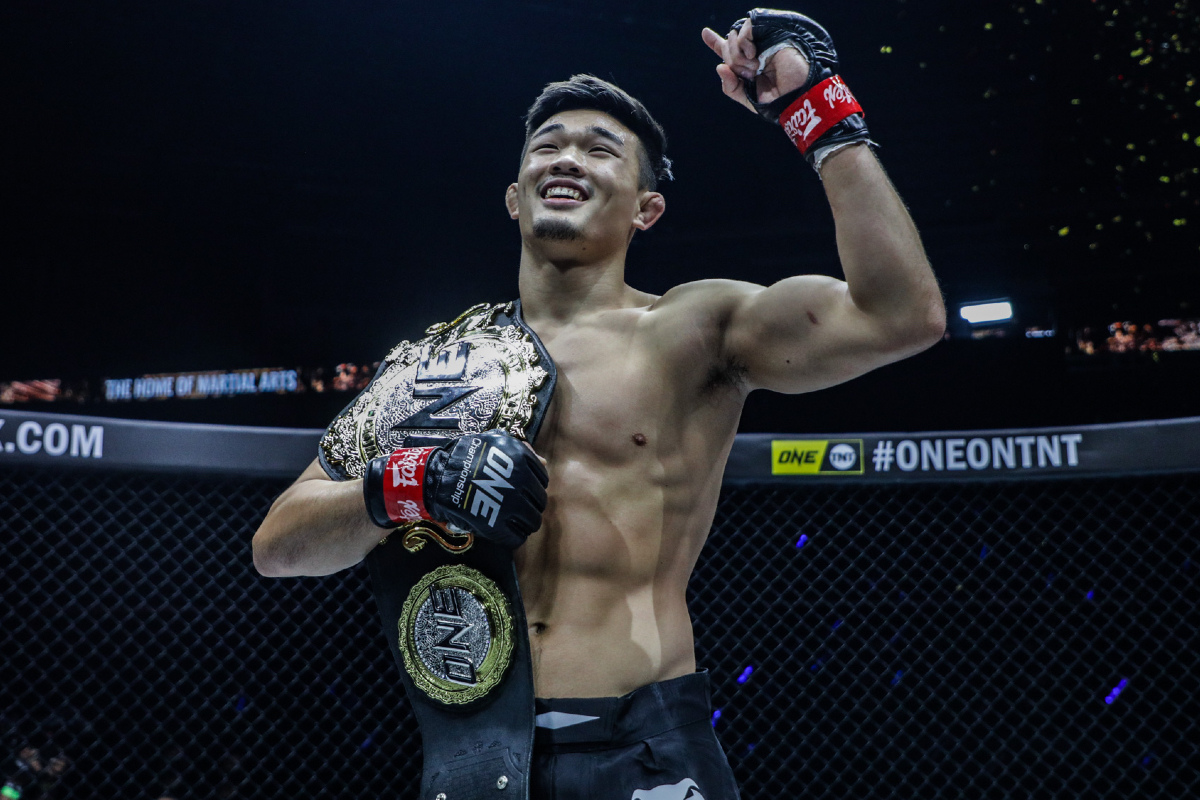 For as long as the challengers line up, ONE Lightweight World Champion Christian “The Warrior” Lee wants to knock them down to prove he is the greatest mixed martial artist on the planet.

“I absolutely believe I’m the best fighter in ONE Championship — and in the world — and I’m more than happy to prove it against any opponent out there,” the 23-year-old says.

Third-ranked contender Ok Rae Yoon has earned the next shot at his strap at ONE: REVOLUTION on Friday, 24 September, and Lee is ready to halt the rapid rise of the South Korean striker.

“Going into my third World Title [defense], I’m just looking forward to continuing to prove that I’m the best lightweight in the world,” he says.

“The only guy in the top five I haven’t fought yet is Ok Rae Yoon. Once I wipe out the top five, there are going to be more contenders working their way up.”

That doesn’t mean “The Warrior” is taking his South Korean adversary lightly. The reigning king keeps a close eye on the athletes rising up the ranks, and he saw the Team Mad product in his first showing on the global stage against Marat “Cobra” Gafurov at “ONE on TNT III.” Ok defeated the former ONE Featherweight World Champion convincingly, then went on to solidify his claim for a shot at the gold with a unanimous decision victory over mixed martial arts legend Eddie “The Underground King” Alvarez at “ONE on TNT IV.”

“Before Ok fought Marat, I didn’t know who he was – but I did take notice when I saw that matchup,” he says.

“Anytime there’s a new contender in the lightweight division, I automatically take notice. So I was watching that match, and he did a great job beating him.

“He’s definitely done a great job earning himself the title shot, so I give him the credit where it’s due.”

In both of those battles, the South Korean utilized his slick striking and excellent takedown defense to overcome high-level opposition.

Lee has already studied the tapes of those fights and taken note of his rival’s strengths in order to better prepare for their World Championship tussle.

“What I’ll be looking out for when I face Ok is definitely going to be his range and his footwork,” Lee offers.

“I think that the reason he’s found so much success is because he’s a taller fighter in the lightweight division, so he’s able to outreach and outmove many of his competitors. When I go in there, I’ll be looking to cut off the cage and to eliminate his use of his footwork.”

Ok has suggested that he has the right combination of techniques to usurp the United MMA standout, but Lee thinks his foe is way off the mark.

The everlasting problem for opponents who go up against the lightweight king is his ability to win in any range. As a constant student of the game, “The Warrior” believes that he will have the edge because he has more routes to victory in his all-encompassing arsenal.

“There will never be somebody that has a perfect matchup for my style because anytime I face a wall, I always have an option of where to go to next,” Lee says.

“So if Ok wants to stop my takedowns, I will just strike with him. And if he wants to strike with me, then I’ll take him down. I’ll have an answer for everything he throws at me.” 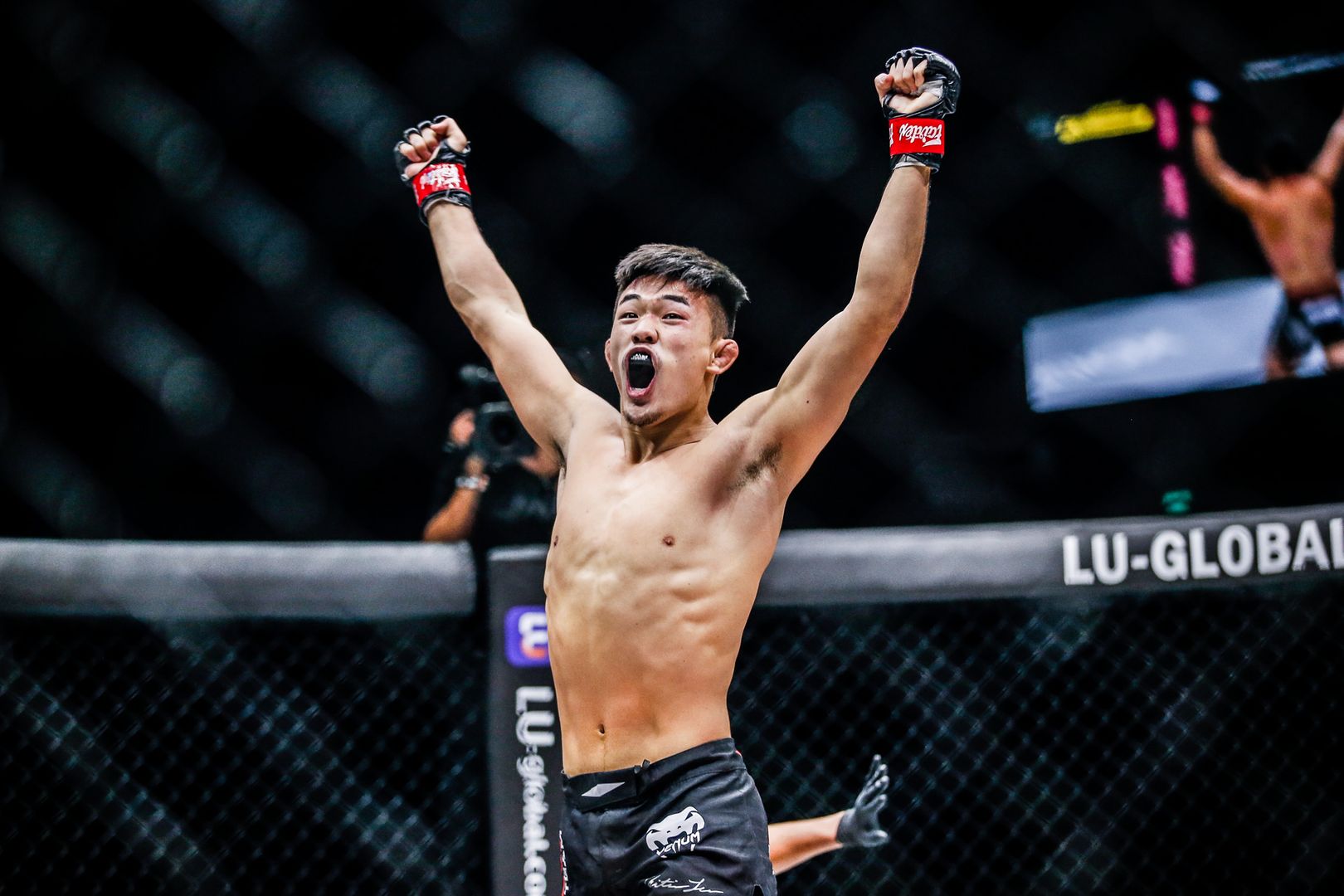 As much as Lee recognizes the threat his rival brings to the Circle, he is still supremely confident that he can dispatch another top contender early. After all, he defeated his last two World Title challengers – Iuri Lapicus and Timofey Nastyukhin – via TKO in the first round.

The element of danger from a tough challenger like Ok keeps Lee on his toes, and it means he will be on point and clinical when they meet on fight night.

“I know he’s going to come out hungrier than ever and give me his best game, so I will definitely be training hard, and I’ll be ready for him,” Lee says.

“In my opinion, the key to any good grappler taking down a striker and submitting them is by stepping into their world, beating them in what they’re best at, and then taking it [to the ground].

“I see this matchup ending in the first round. I plan on hurting Ok on the feet before taking him down and then submitting him.”