Chris Nguyen entered ONE Championship with a bang as he dominated Yukinori Ogasawara en route to a debut victory at ONE: IMMORTAL TRIUMPH in Ho Chi Minh City, Vietnam.

The 27-year-old Vietnamese-Australian dropped his rival in the final round to put a stamp on the match and seal a unanimous decision victory in front of a partisan crowd at the Phu Tho Indoor Stadium on Friday, 6 September.

Nguyen opened up the ONE Super Series flyweight Muay Thai battle with right low kicks, and consistently went back to this technique throughout the first three minutes.

Ogasawara tried to use his long jab to make the most of his reach advantage, but the WMC Victorian Champion closed in with thudding overhand rights. One of those big shots sent the Crosspoint Kichijoji man reeling backward, but he survived Nguyen’s follow-up flurry to make it to the bell.

The WBC Japan Muay Thai Champion turned things around and started the second stanza well when he caught a kick and connected with a series of punches. His dirty boxing work in close also began to score. 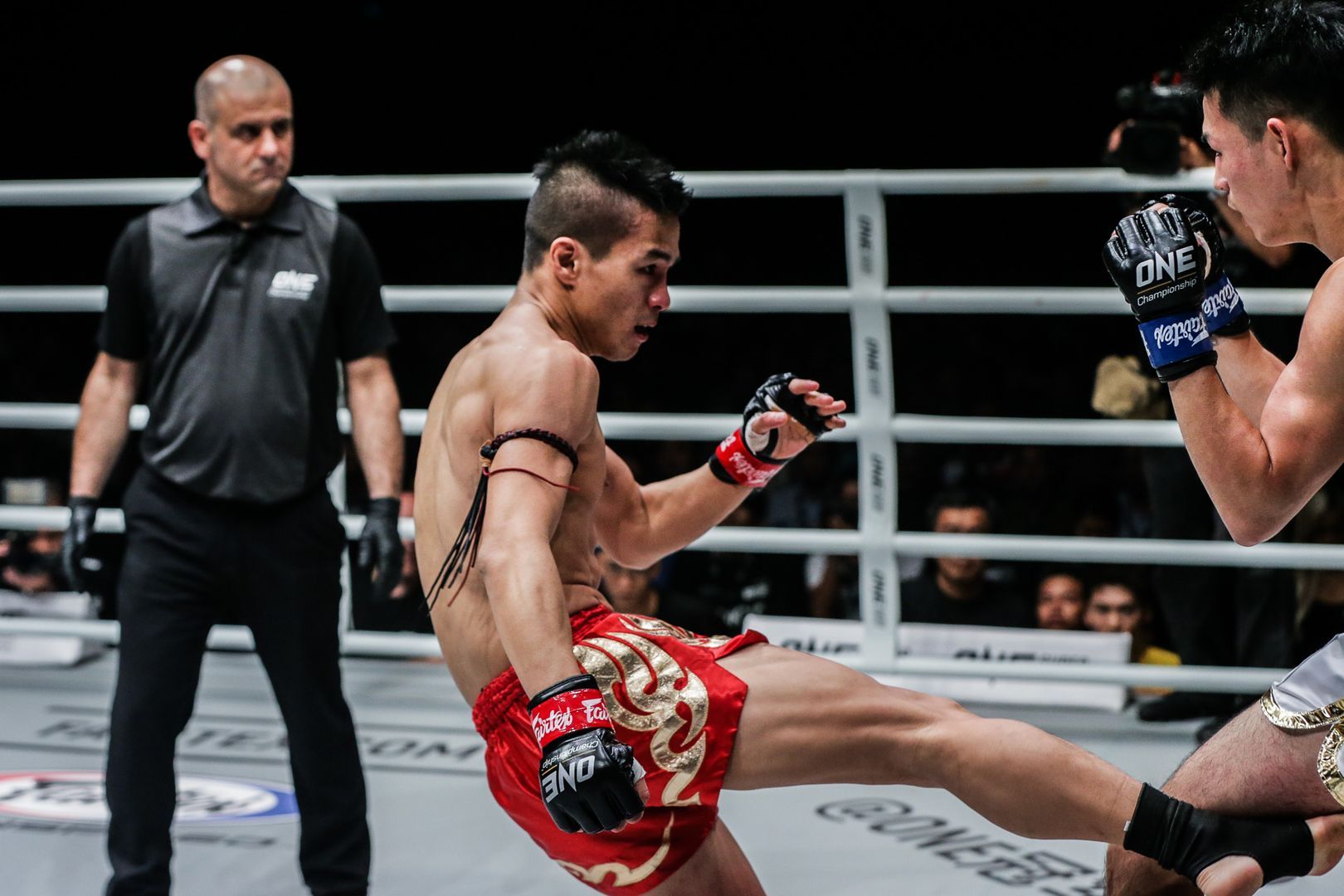 However, Nguyen retaliated with more accurate low kicks and swung his right hand with full force over the jab to land on the chin just like before.

The 8 Blade Warriors representative continued to close the distance as he pushed forward, and had further success with knees to the body and dumps to the canvas from the clinch.

Ogasawara gave everything he could to stay in the contest through the middle round, but when he came out for the final period, he could do little to cope with the intensity of Nguyen’s attack. 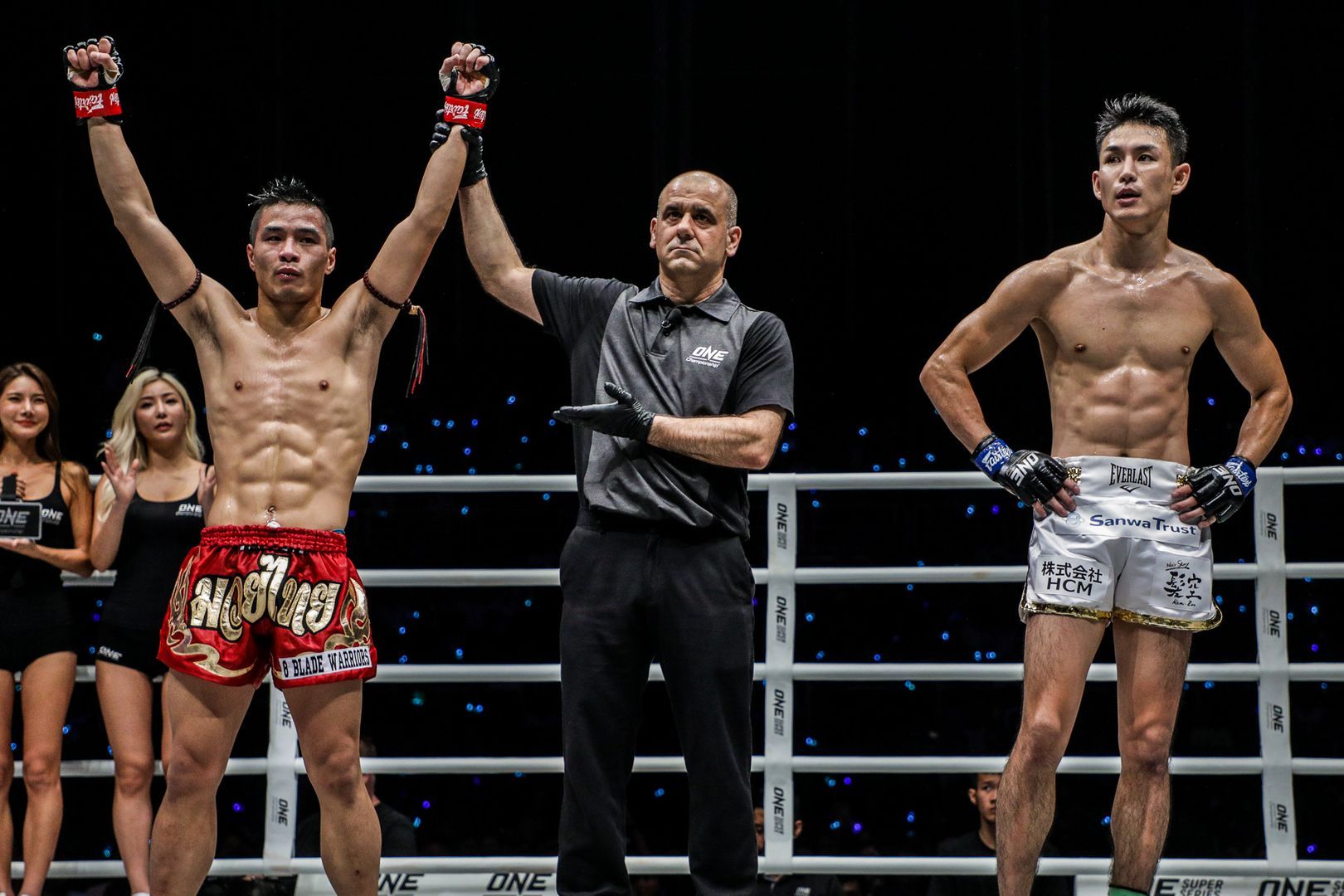 He chopped away at Ogasawara’s lead leg even more, and darted in with powerful right hands, too. The man from Tokyo attempted to snatch a shocking victory with his signature spinning back elbow, but Nguyen was ready for it and fired back with hard left hooks and overhand rights.

In the dying seconds, Nguyen took aim with a jumping knee at his taller rival and dropped him to the mat. Ogasawara made it back to his feet just in time to beat the referee’s count, but his fate was sealed.

That was the final act of the contest, and the judges had an easy job as they gave the Melbourne native the victory in his ancestral homeland to improve his record to 20-7.