“Rock Man” Chen Lei plans to bring relentless offense to the ring at ONE: LEGENDARY QUEST.

The Chinese hero will compete against Anthony “The Archangel” Engelen in front of his countrymen in Shanghai’s Baoshan Arena, and he wants to give his fans something to get excited about.

Though he admits his all-action style has put him in trouble before, the once-beaten 30-year-old has found success far more often than not in ONE Championship when he goes for broke in search of victory.

Chen Lei is too ???? on the ground!Download the ONE Super App now ???? http://bit.ly/ONESuperApp

That is why he believes his usual strategy just needs a little tweak to bring him the win in his 67.5-kilogram catch weight bout next Saturday, 15 June

“I won’t change my style in the ring, I will always be proactive, always attacking,” he says.

“This will pressure my opponent a lot, but I will be more patient than before. I will wait for the opportunity and then finish you.

“I have to level up my skills and my ability to control [my opponent], as well as learn to handle disadvantageous positions – no matter what I encounter. I will be more ferocious and fierce.”

Engelen will have to weather a storm that has taken Chen to stoppages in each of his four wins in The Home Of Martial Arts to date.

“Rock Man” will wade through heavy fire to move his rivals backward, put them on the canvas, and then attack with his smothering ground game – whether he uses his overwhelming ground and pound to hit a TKO or open up an opportunity for a submission.

In Indonesia’s Engelen, he believes he sees someone with the same approach to competition. “The Archangel” also has a 100 percent stoppage rate in ONE thanks to a combination of powerful striking on the feet and a slick jiu-jitsu attack on the mat.

Chen believes this clash of finishers will give him a great challenge, and the fans a great spectacle, though he is confident he will emerge with his hand raised.

“I know my opponent should be one of the toughest opponents of my professional career – that’s because his competition style is similar to mine,” the Lion Heart and Equilibrium representative says.

“He is very quick in jiu-jitsu, and his stand-up is also good. He is a very well-rounded mixed martial arts athlete. I think this match will be awesome because both of us are strong and fierce.

“But I have to tell [Engelen], you have to be careful. I will attack you without holding anything back, and I will make this match unforgettable.”

Can the "Rock Man" Chen Lei roll right back into the winner's column on 15 June against Indonesian champion Anthony Engelen?

Chen’s approach should come as no surprise after he explains his philosophy on what constitutes a successful night under the lights.

The Shanghai Open BJJ Champion wants to leave no doubt about who deserves to win, which is why he always chases a specific result.

“There is only the finish – KO, TKO, or submission,” he explains.

“I don’t think the judges’ decision is a win, so I will try my best in my matches, put a lot of pressure on my opponent, and try my best to finish him.”

One of the 30-year-old’s main aims next Saturday is to make his compatriots proud, but he does not want to stop within his nation’s borders.

Another of his reasons for competing with such aggression is to win supporters across Asia, and the world. If any martial arts fans are yet to be convinced by the appeal of “Rock Man,” he has a message for them ahead of his clash with Engelen. 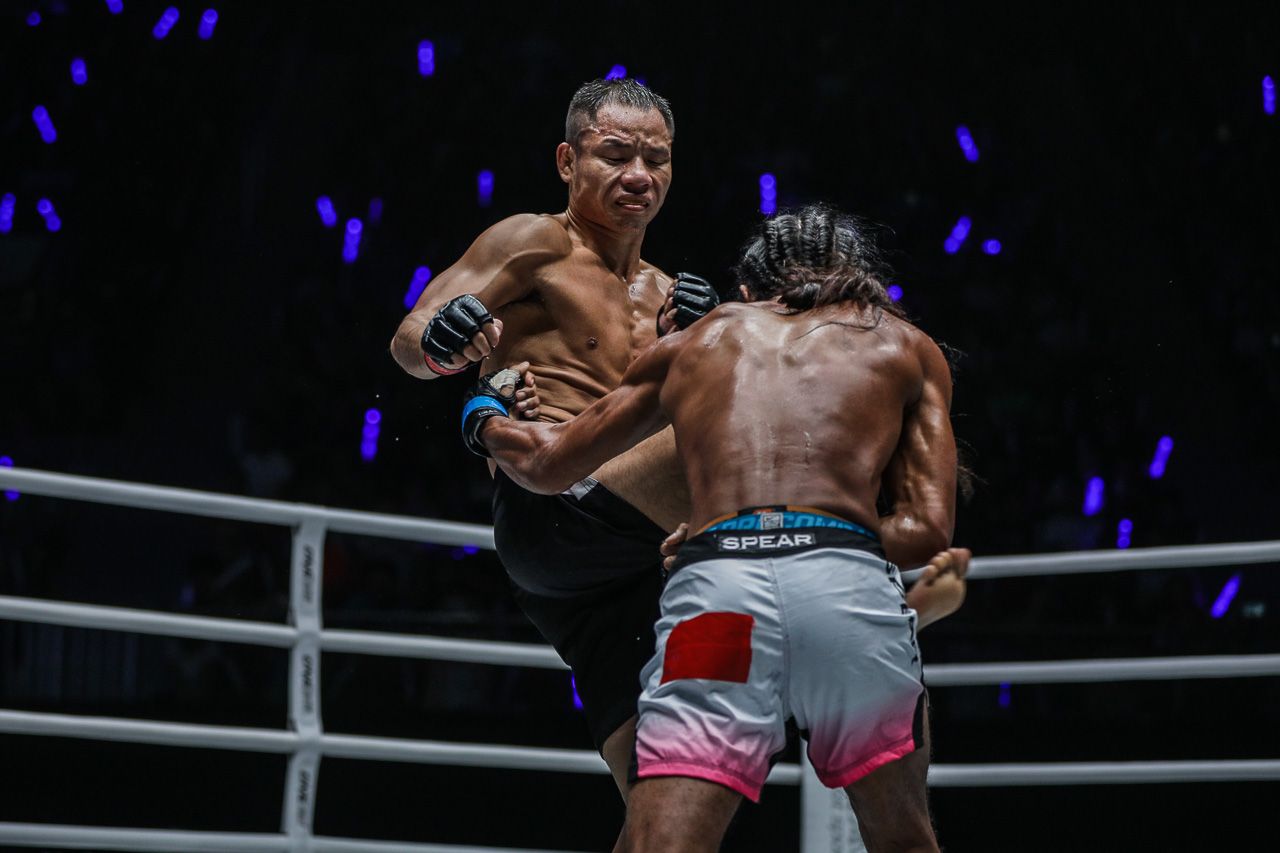 “I hope you can follow my match because I fight with 200 percent power every time,” he says.

“I do that to show something different to the spectators – I hope I can create a better spectacle, and you can see the charm of mixed martial arts.”