There is no question that Bozhena “Toto” Antoniyar will face the toughest test of her career at ONE: MASTERS OF DESTINY, but she says her preparation has made her supremely confident.

This Friday, 12 July, the atomweight star from Yangon, Myanmar will bring her heavy hands to the Axiata Arena in Kuala Lumpur, Malaysia to challenge Bi “Killer Bee” Nguyen.

Antoniyar is coming into this match-up on a high following her second-round finish of Audreylaura “Ice Comet” Boniface at home in March.

However, her American opponent has a lot more mixed martial arts experience than her – 10 bouts to “Toto’s” three – and is coming off an impressive debut in ONE Championship that she won via first-round TKO.

“She is a great fighter. She is not only good at striking, but also with her submissions. She is better than me [on the ground], so I have to take care when I compete with her,“ Antoniyar admits.

With that said, the 24-year-old does not lack confidence because of her extensive preparation at Bali MMA.

The bout may only have been announced three weeks ago, but Antoniyar did not let that stop her from going through a full training camp while the contracts were being finalized.

“I am fully focused for this bout. I have put my ultimate efforts into my training as I seek to get better every day,“ she adds.

“I had trained for this contest for two months, even though I only found out who my opponent would be [a few weeks ago].”

Antoniyar also says she has gained more and more confidence as the bout approaches.

She entered The Home Of Martial Arts with fantastic striking skills thanks to her history as a two-time national boxing champion in her homeland, but she says her time in Bali since last August has accelerated her development in every other area of her new sport.

“Bali MMA is expecting me to be successful. They took more time with me as the match got closer,” she explains.

“My techniques have progressed so much since I have been training there, and my fighting IQ is increasing, too.” 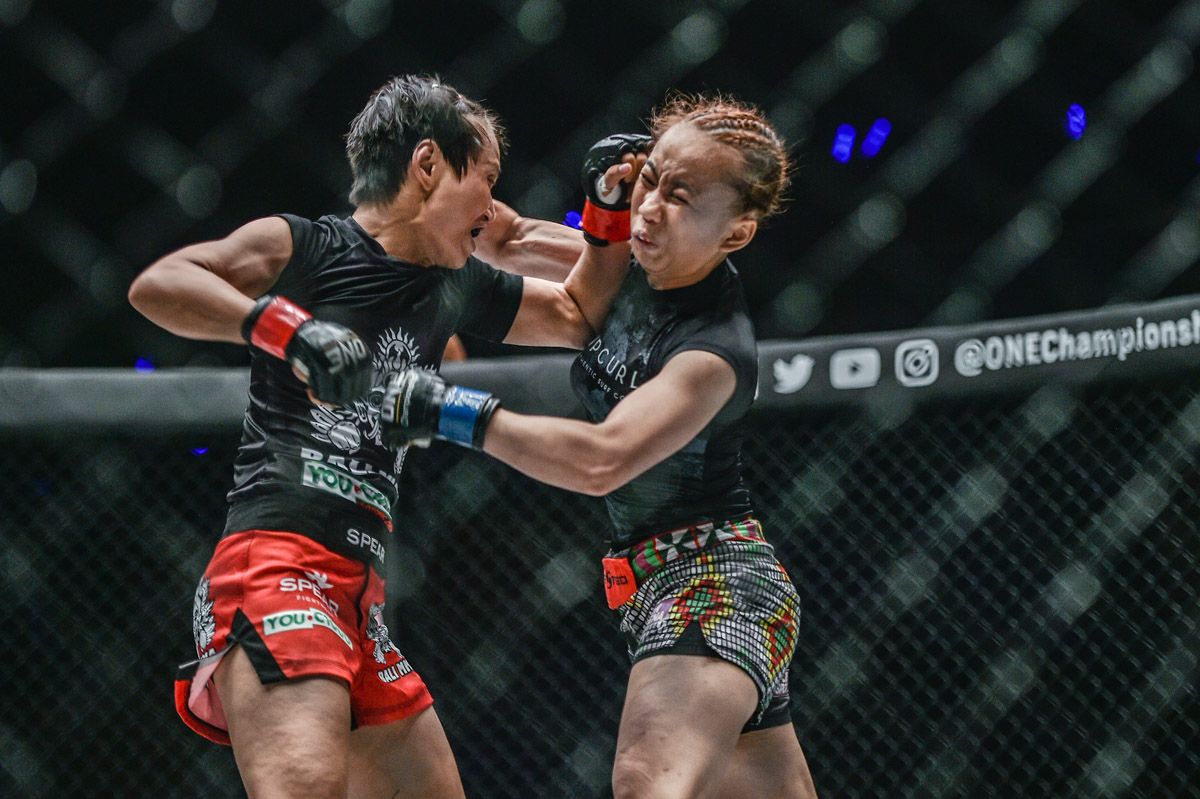 Even though she is in a positive mood ahead of her date in Kuala Lumpur, Antoniyar has also called on her compatriots to get behind her to give her a boost.

She says that there are many people from Myanmar in Malaysia, and she promises she will give them something to cheer if they come to the Axiata Arena to shout for her.

Her rival may have the edge on paper, but “Toto” believes she has the heart and determination to even the odds.

”It is a match where I have to face a difficult opponent, so I would like to say Myanmar fans to support me in this bout. I want to bring victory for my country,” she says.

“I had a lot of hard times in my life, but I won’t give up on anything. I made a challenge to myself. I can [do this]. I have always empowered myself in this way. I can’t give up for anything.

”I believe that my country, my people, and my family are on my side. I want the best for them. That’s why I have always reminded myself I must [push myself].”