Bangpleenoi Petchyindee Academy knew victory would not come easily against Liam Nolan, but his display of heart and skill at ONE: DREAMS OF GOLD proved why he is a World Champion.

Last Friday, 16 August, the 25-year-old had to overcome adversity in front of his home crowd in Bangkok, Thailand, to defeat his English rival after three tough rounds of ONE Super Series action.

This bout was contested at a catch weight of 72 kilograms, which is a little higher than the featherweight limit the two-division WMC Muay Thai World Champion is used to.

He had no hesitation about accepting the match-up, but Bangpleenoi admits he did have concerns before he met the Englishman in the Circle.

“Going into the fight, my opponent’s height and size were weighing heavily on my mind. He was a lot bigger than me,” he says.

Despite his reservations, the Thai hero went toe-to-toe with Nolan, but he soon discovered that was not the best approach against an opponent with power in his hands and a wide range of dangerous techniques.

“My opponent had really good technique and was fighting really well. The first round was really competitive,” he adds.

“He hit me with really good elbow just near the end of the first round that knocked me down. I jumped right back up, though, and wasn’t counted, but I didn’t know how that would score.” 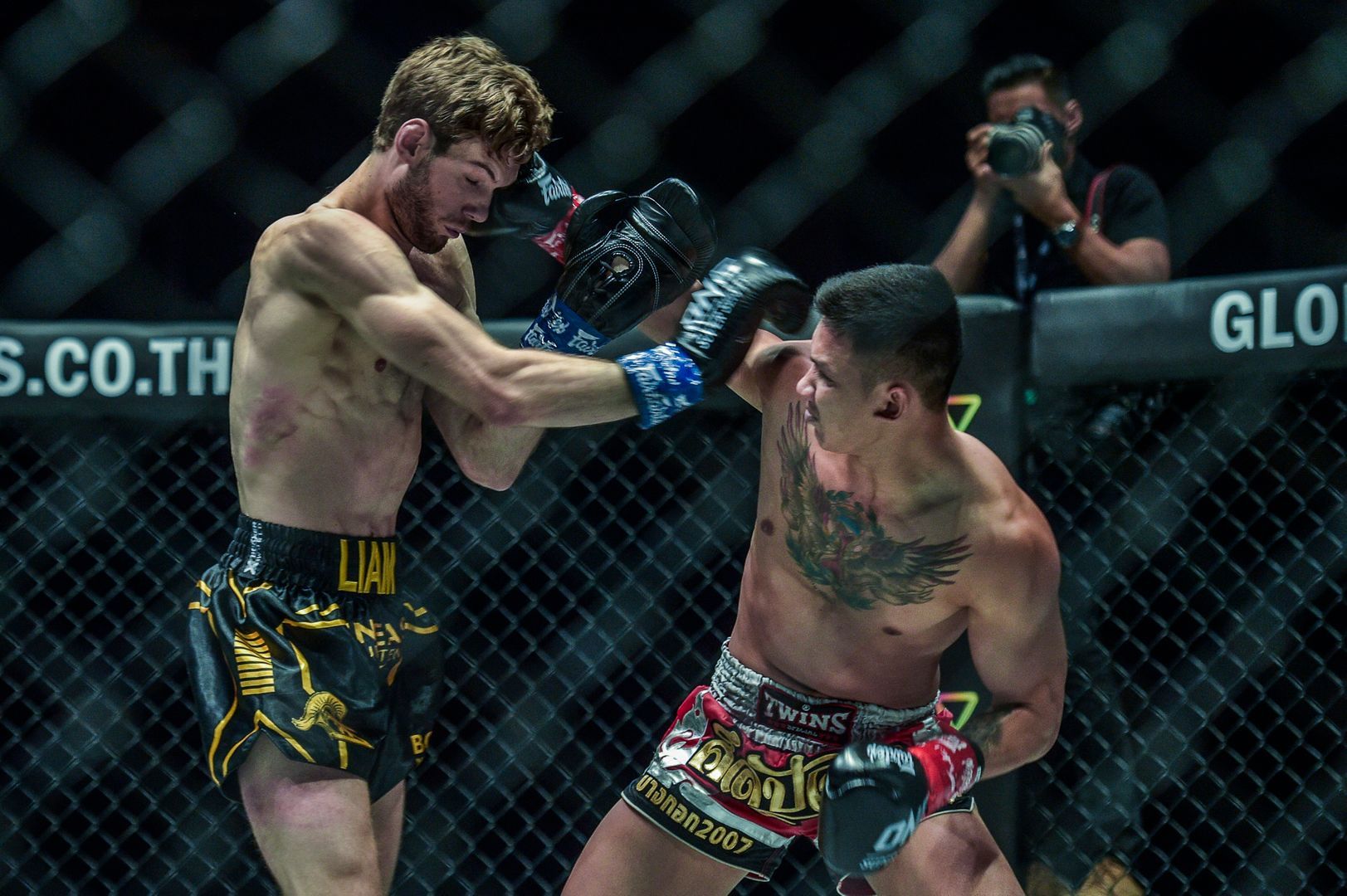 Bangpleenoi and his team were not too worried by the events of the first three minutes of combat, but they recognized something had to change in the second round if they wanted to guarantee a victory.

After a few wise words from his corner, the Petchyindee Academy representative came out for the second stanza with a new focus that allowed him to deal more damage to his rival, and defend his attacks well.

“My trainers told me to stay focused and not let my guard down. I didn’t want to be careless at all during this fight because I knew my opponent had a lot of power, and was bigger than me,” he says.

“I felt a lot more confident going into the second round. As the round progressed, I felt I was getting closer to a win. I was starting to find my way, whereas in the first round, I struggled more. My kick worked really well for me.

“I was waiting for him to throw a flying knee, as I had seen him use it in previous fights. I think I was able to shut him down though, because he wasn’t able to land one on me.”

His success for those remaining two rounds meant that Bangpleenoi looked assured of victory when it came time for the judges’ verdict to be announced, but he concedes that there were a few doubts in his mind about whether he had done enough. When the scorecards went in his favor – a majority decision – it was clear the man from Bangkok was a little relieved, but that feeling gave way to pure joy.

“I felt that I lost the first round, but was confident that I had won both the second and third,” he remembers.

“Before the decision, I was about 80 percent certain that I had won, but couldn’t be sure until the decision was read.

“I was so happy to win! It was close for the entire fight, but I really feel like I edged him out in the second and third rounds.”

With a win against a Roar Combat League World Champion added to his résumé, and a new and improved record of 122-50-10, Bangpleenoi is fired up to move on to bigger things in The Home Of Martial Arts’ featherweight division.

After two contests under its bright lights, he feels comfortable with the pressure of competing on the global stage and has his sights set on the biggest, most high-profile assignments 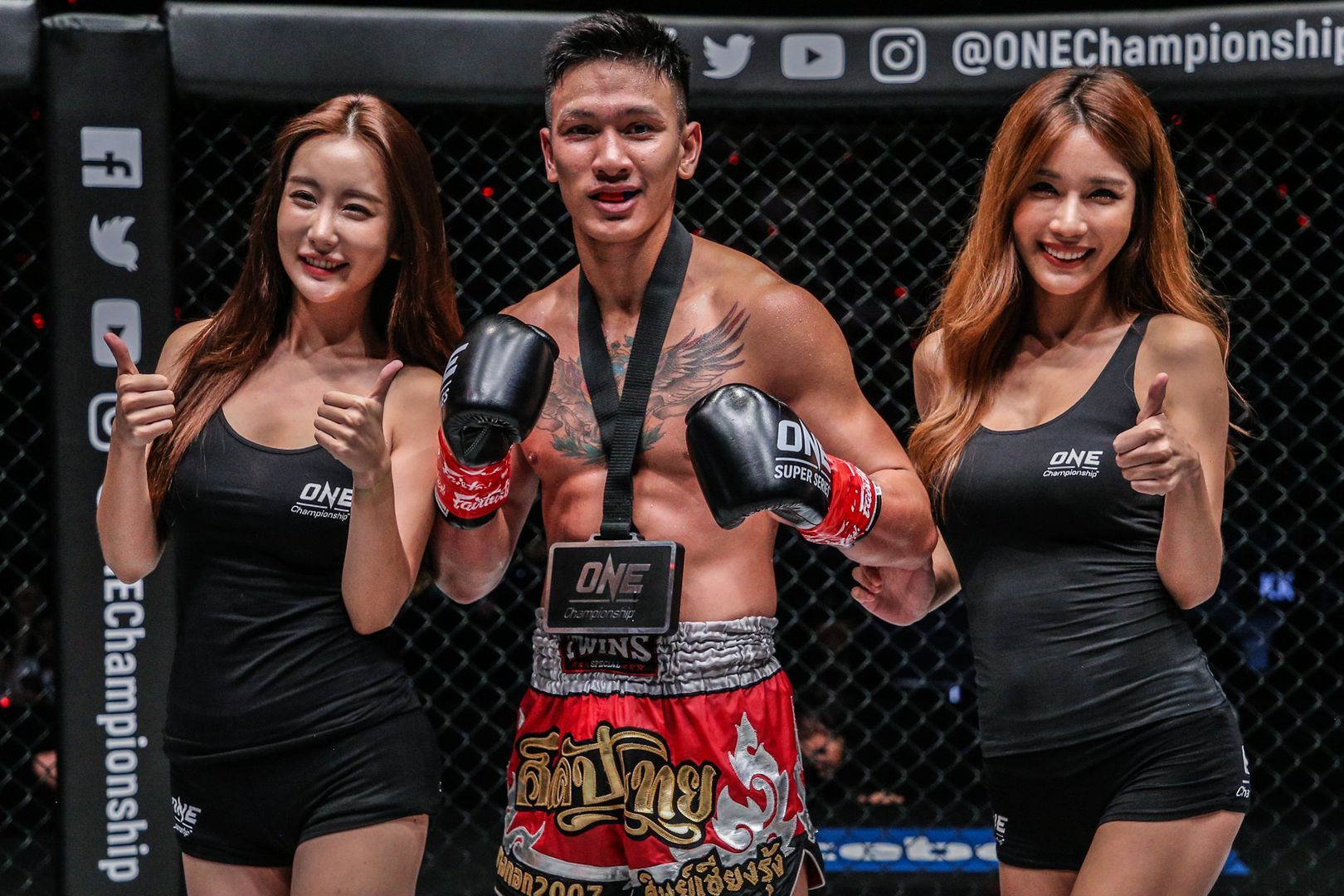 “Everything felt so much better than my last fight with ONE. I was just much more comfortable this time around,” he says.

“I felt a lot freer fighting in Thailand than when I fought in the Philippines, it was a lot of fun for me. I feel like I fought really well, and I am proud of my performance.

“I want to keep winning in ONE, and hope for the opportunity to someday fight for a World Title.”