Alex “Little Rock” Silva has already reached the top of both the Brazilian Jiu-Jitsu and mixed martial arts worlds.

But these days, his focus goes beyond earning accolades. Instead, the former ONE Strawweight World Champion simply hopes to step inside the Circle, entertain the fans, and put his opponents away.

“Of course, if you’re asking me, I want [to win the World Title again], but I just want to go out there and finish people,” Silva says.

“Little Rock” will get his next chance to earn a stoppage when he faces Chinese rising star Miao Li Tao at ONE: BATTLEGROUND II, which airs from the Singapore Indoor Stadium on Friday, 13 August.

It’s a matchup that could have major implications for the strawweight division, where Silva is now the #5-ranked contender, and it comes after he dropped a pair of razor-close split decisions.

However, the Brazilian is convinced he deserved to win both fights – a tough World Title loss to Joshua “The Passion” Pacio and a defeat against #4-ranked contender Hiroba Minowa in March – and that belief has shifted his mindset moving forward.

“I’m sure I won that fight with Joshua and the last fight [against Minowa],” Silva says.

“In my mind and peoples’ hearts, I’m the champion. I don’t have in my mind: ‘Should I win one, two, three more fights?’ I just want to go and fight and have fun.” 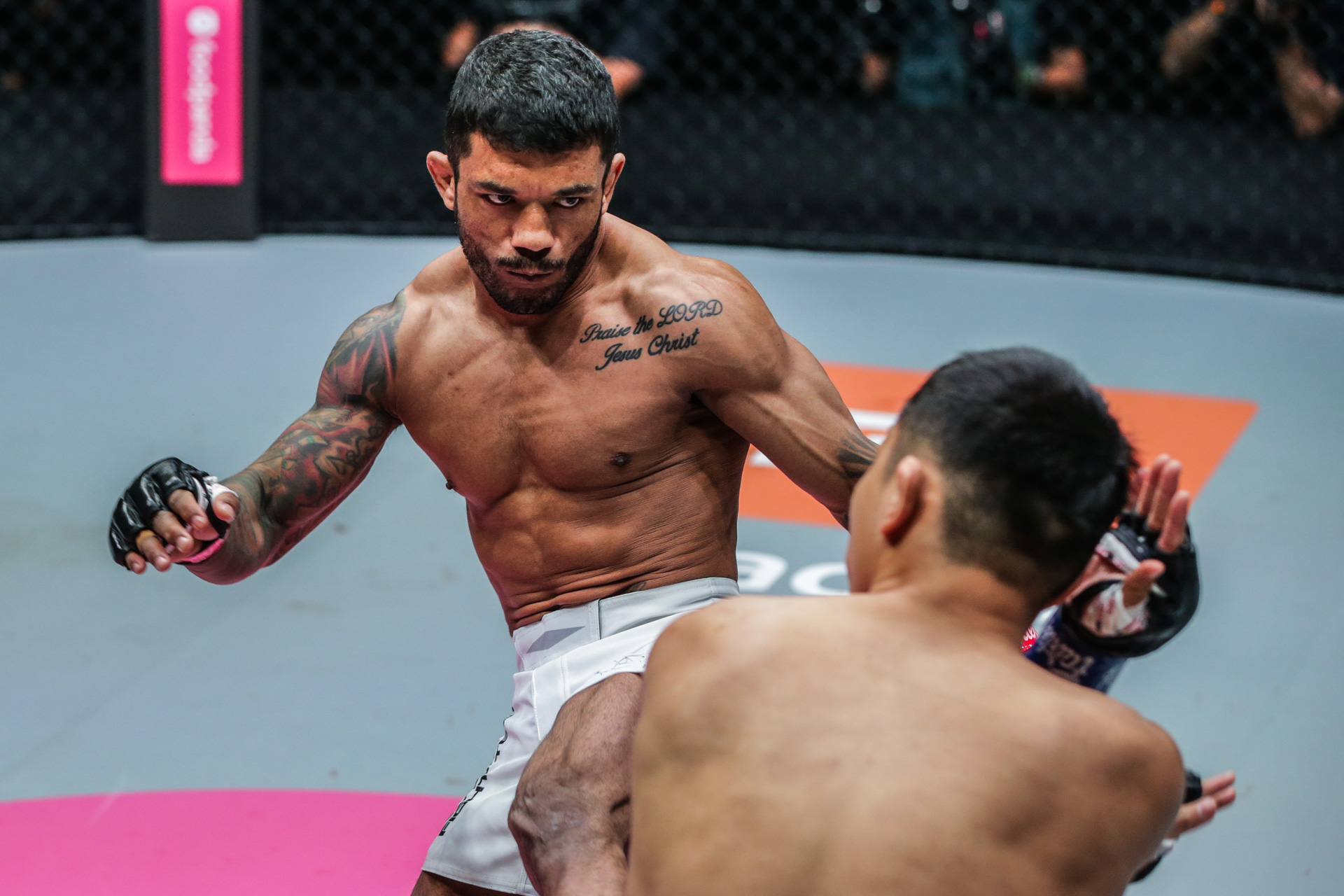 When it comes to finishing fights, Silva has long been one of the best.

Since transitioning to mixed martial arts, the former BJJ World Champion and third-degree black belt has used his elite submission skills to dispatch eight opponents for an 89 percent finishing rate.

“Little Rock” has also made massive leaps in the striking department under his world-class Muay Thai coaches at Evolve in Singapore, but he knows that his grappling is what sets him apart.

For that reason, the Brazilian won’t let his ego get in the way of his best chance to end the contest with Miao emphatically.

“[Miao] is a good fighter. He’s very explosive. He uses a lot of strikes, but against a high-level striker, he tries to use his grappling, so he’s a very complete, well-rounded guy. I expect he’ll try and keep the fight standing and defend the takedown,” Silva says.

“I love to strike, but at the end of the day, I need to follow my coach, follow my team, and follow my strategy. The game plan is everything. We start the fight standing and, deep in my heart, I think I can defeat him in any area — striking or on the ground — but for sure I will try and take the fight to my game.

“It’s a fight, and you never know what’s going to happen, but I don’t think anyone in the division can handle my ground game. All my respect to all the fighters, but I think I’m one step ahead of the guys on the ground.”

Silva’s strategy makes even more sense given the firepower Miao will bring to their clash in “The Lion City.”

The Chinese standout has scored two knockout wins on the global stage, with one of them coming against former ONE strawweight king and Muay Thai legend Dejdamrong Sor Amnuaysirichoke, who trains with Silva at Evolve.

And this past April, the Sunkin International Fight Club representative showcased an impressive combination of offense and defense to defeat another Evolve star in Ryuto “Dragon Boy” Sawada.

Those two encounters have equipped “Little Rock” with some extra knowledge on the best way to approach Miao, as well as some extra incentive to claim victory for his training partners.

“Of course, we discussed [their bouts] a little bit and I’ve watched the fights multiple times already. We talked and exchanged some ideas about what I can expect to see,” the Brazilian says.

“At the end of the day, it’s going to be me and him, so I try not to think too much about it. I cannot say I don’t have that feeling [of redemption] a little bit, but I’ll try to take this out and see him for what he is.

“I know he beat some of my teammates, but even if he didn’t, I’d want to beat him. But of course, I’ll have this in my mind deep inside, and I’ll fight for my teammates, too.” Despite that extra bit of motivation, “Little Rock’s” own output is the most important factor.

And without any unnecessary pressure from looking at the rankings or thinking about another World Title challenge, he promises to step into the Circle with the sole intention of stopping Miao in his tracks.

“For this fight, thank God, I’m 100 percent, and I’ll be more explosive and active,” Silva says.

“Straight away, I’m going to go for the takedown, control, damage, and finish.”

Read more: How To Watch ONE: BATTLEGROUND II On 13 August