James Nakashima has taken the long road toward a ONE Welterweight World Championship shot.

Now that he’s finally arrived, the undefeated American is determined to take full advantage of the opportunity – and to share the moment with everyone who’s helped him become the man he is today.

“It’s just been a giant collaboration. It has nothing to do with just me,” says Nakashima, who will challenge reigning welterweight king Kiamrian “Brazen” Abbasov for the gold at the previously recorded ONE: INSIDE THE MATRIX II this Friday.

“That belt will be around me, but it’s so much more. It’s been a giant project with my parents, my family, my gym, and my coaches.

“Nothing in this world with greatness is done alone. It’s a lot bigger than me. Obviously, hard work has come along, but the support system for me is what has gotten me to this title fight. Without the support, I would be nothing.”

Nakashima has gotten incredible backing from two world-class gyms in MMA Lab and Team Petrosyan, which have transformed the former NCAA Division I wrestler into a true mixed martial arts star.

That amazing development became evident at ONE: DAWN OF HEROES in August 2019, where the unbeaten Illinois native enjoyed his coming-out party by dominating longtime veteran Yushin “Thunder” Okami en route to his 12th professional victory.

“I have never fought a can,” Nakashima says.

“I was going across the United States fighting top prospect after top prospect, and it forced me to fight a little conservative. I kind of feel like I never fought to my full potential.

“That Okami fight was different. I could tell when I watched the film. I looked comfortable.” 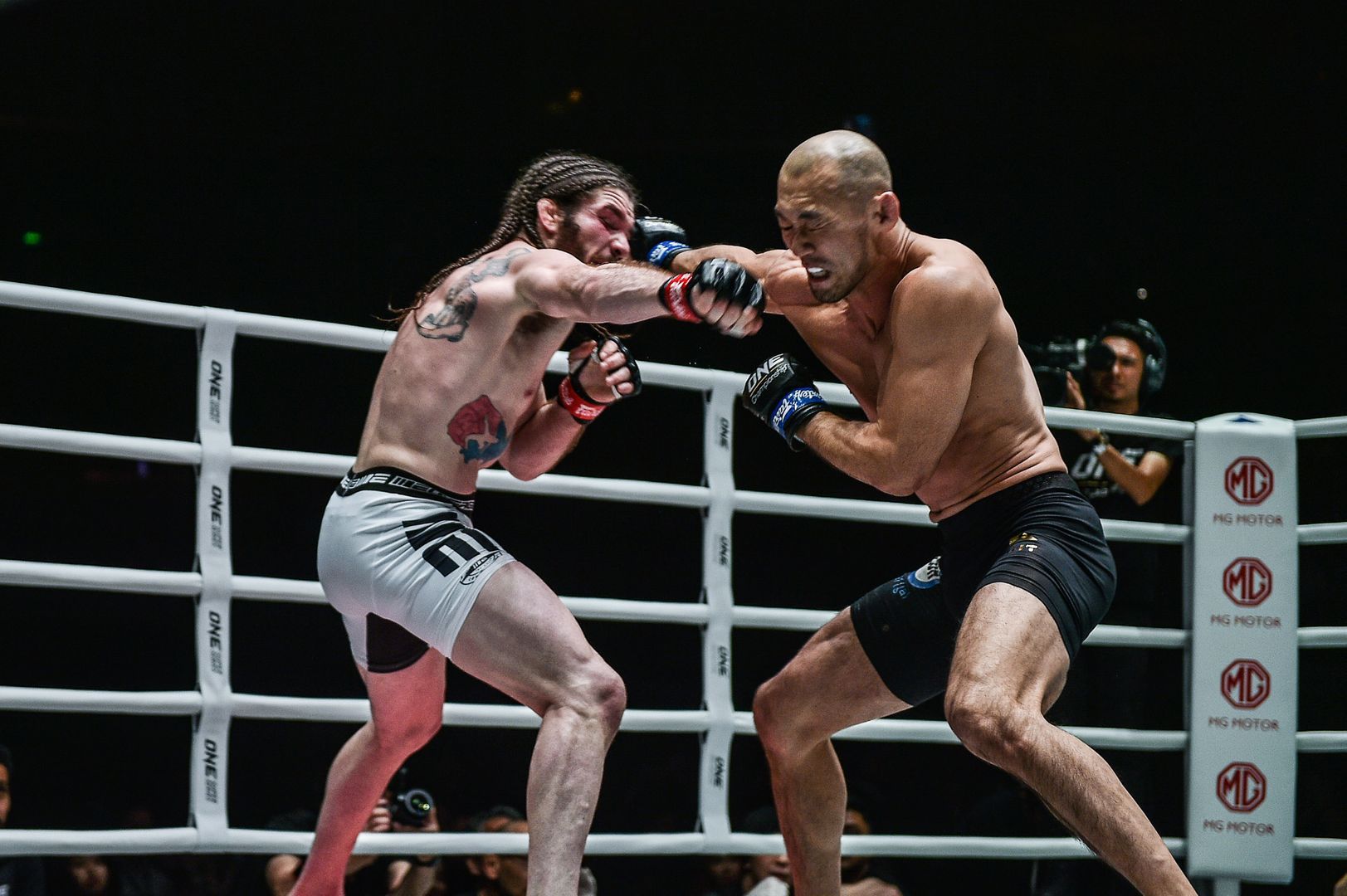 Although his matchup with Okami went all three rounds, the MMA Lab-trained athlete was in control and nearly finished the contest on multiple occasions.

“I almost submitted him in the first round,” the 32-year-old American says.

“I think that the Okami fight really made me grow and believe in myself because I just have a lot of weapons.”

The pivotal victory also led to the World Title shot that Nakashima has been looking for ever since joining ONE Championship in late 2018.

But the American is not your typical athlete. Even with the biggest fight of his life approaching, he is keeping an even keel by appreciating everything he’s been given and putting his situation in perspective.

“I don’t, honestly, feel like this stuff is pressure. I’ve been quarantined in this hotel room ever since I got to Singapore, but I’m having fun. I’m super, super grateful for this opportunity,” he says.

“Real pressure is, I feel, growing up with parents that aren’t feeding you and you’re starving. Real pressure is, during this coronavirus, you lose your job, and you can’t afford to eat or feed your family.

“Obviously, there’s going to be excitement, and there’s going to be nerves on the Thursday or Wednesday before the fight. But I’ve been doing sports for so long that I just don’t look too much into the pressure or the spotlight as being a big deal.” 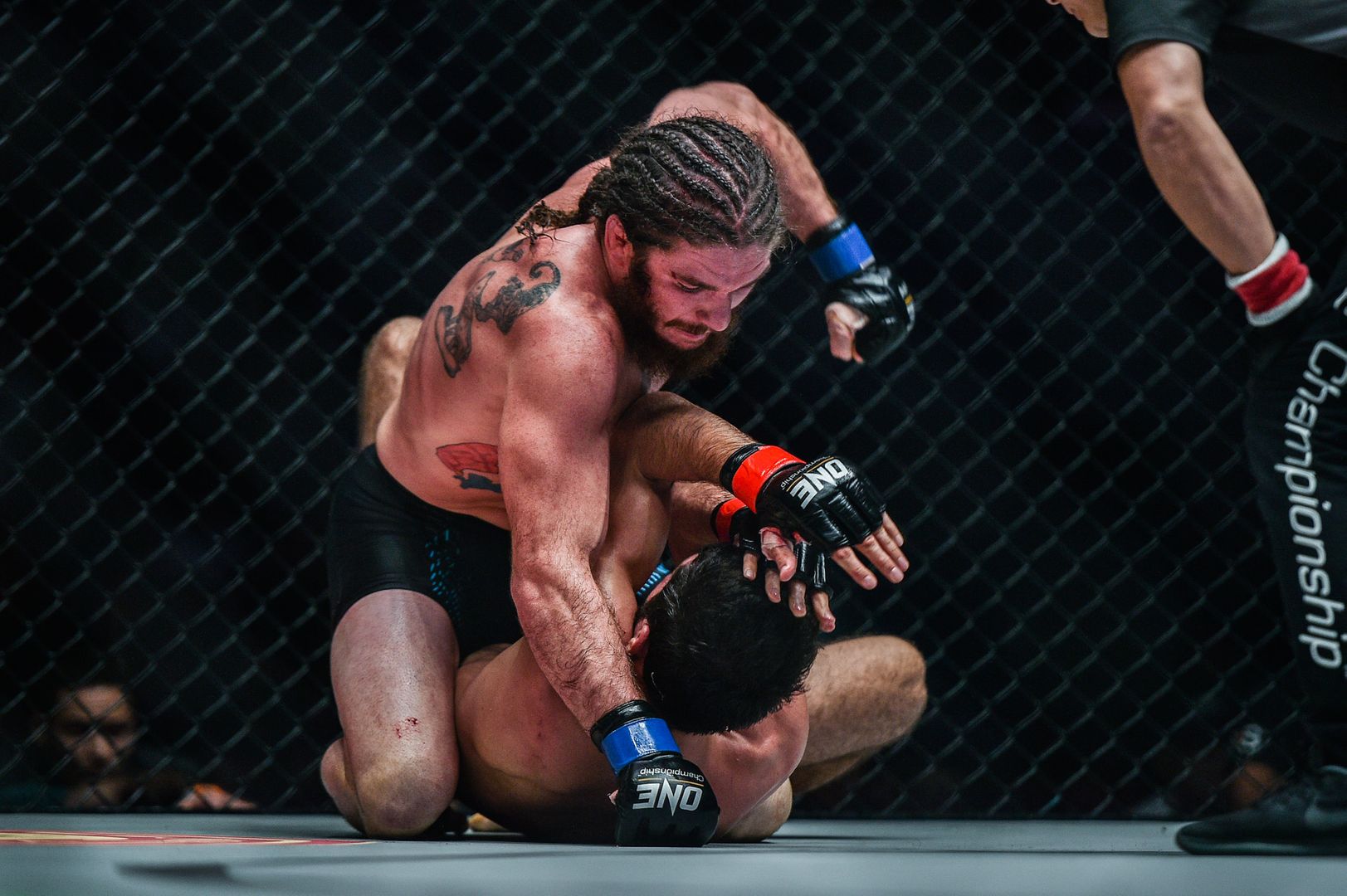 At the same time, Nakashima takes his responsibilities very seriously. He’s determined to take home the belt on Friday night, but he’s only worried about the factors within his control.

“The pressure to me is getting up every single day, holding myself as accountable as possible, and making sure I do my spiritual practice first thing when I wake up,” he says.

“Spending time with my daughter every day and trying to help her become a whole person. Being good to my girlfriend. That’s the pressure, the day-to-day grind.

“All the pressure is off me now.”

Read more: 5 Reasons Why You Can’t Miss ONE: INSIDE THE MATRIX II