Adriano Moraes Reveals His Vision For A Historic 2020 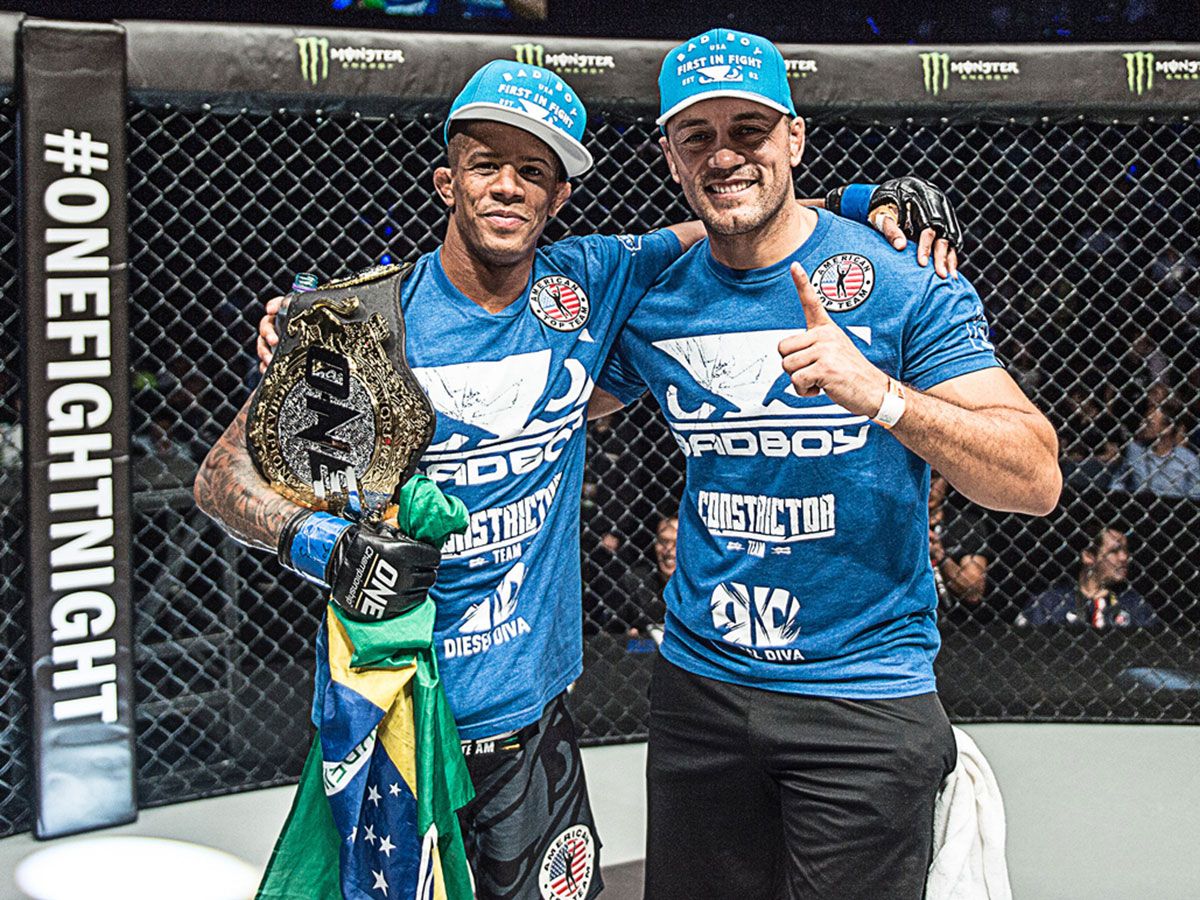 ONE Flyweight World Champion Adriano “Mikinho” Moraes cannot wait to take part in the biggest match-up in his division’s history in 2020.

The Brazilian kicked off the year on a high note, as he regained his coveted belt by defeating former titleholder Geje “Gravity” Eustaquio in their trilogy bout this past January.

But since then, he was on the sidelines and patiently waiting for the ONE Flyweight World Grand Prix to unfold so he could find out the identity of his next challenger.

The American megastar won three consecutive bouts to claim the ONE Flyweight World Grand Prix Championship, and now, the pair are scheduled to meet each other in the Circle next year.

“I’ve been waiting for this legend versus legend fight — me and DJ — to see who is the best flyweight in the world,” Moraes offers.

“I have the chance to show the world, my friends, and my family what I have been working so hard for.”

By the time this iconic battle comes around, it will be the longest time “Mikinho” has spent out of action in his mixed martial arts career. However, he has not wasted his time.

Moraes, a Brazilian Jiu-Jitsu black belt, has remained active in grappling competitions, and he has also helped his stablemates at American Top Team in Coconut Creek, Florida, USA to prepare for their respective bouts.

By doing that, he actually elevated his own game.

“I’ve never been out of the cage for so long, but I am not scared about the time off. I believe in God, and I believe God knows what there is for me,” the 30-year-old explains.

“I’ve been keeping busy this year. I have done some BJJ tournaments while I have been waiting for the winner of the Grand Prix.

“I am here at ATT and I am training with a lot of the best guys in my weight division, so I help them in their camps. When I help people to improve, I improve myself, too. I am better than I was.” 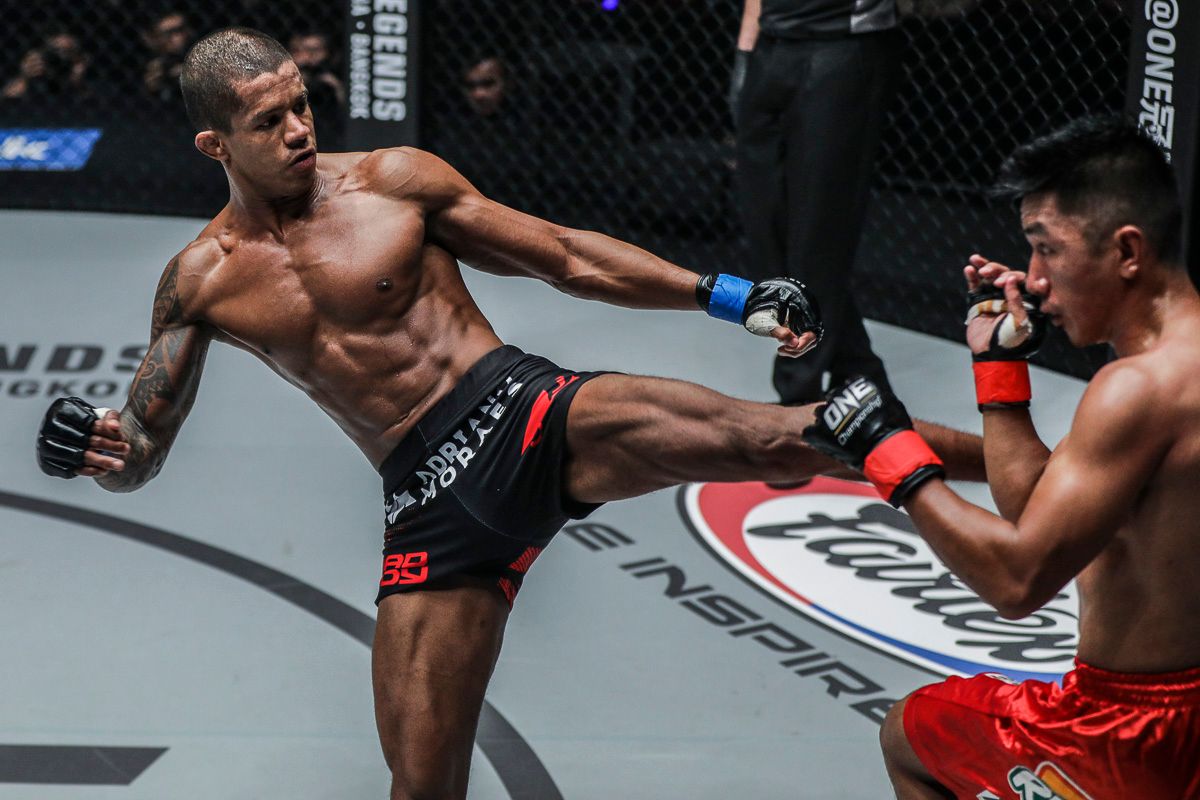 Aside from his forthcoming clash, Moraes plans to be more active in The Home Of Martial Arts next year.

It is exciting times, as the world’s largest martial arts organization is constantly expanding into new territories and adding the biggest names in the sport to its roster.

The Brazilian wants to be at the forefront of the promotion’s growth, and he would like to compete in some of the markets the company is starting to enter.

“I hope next year I can have more fights and be busier,” he says.

“I’m happy that ONE Championship is going to come to the USA, and maybe have an event in Brazil. I work for ONE, so I will fight anywhere, but I have a dream to fight in Japan, maybe Brazil, and the United States.” 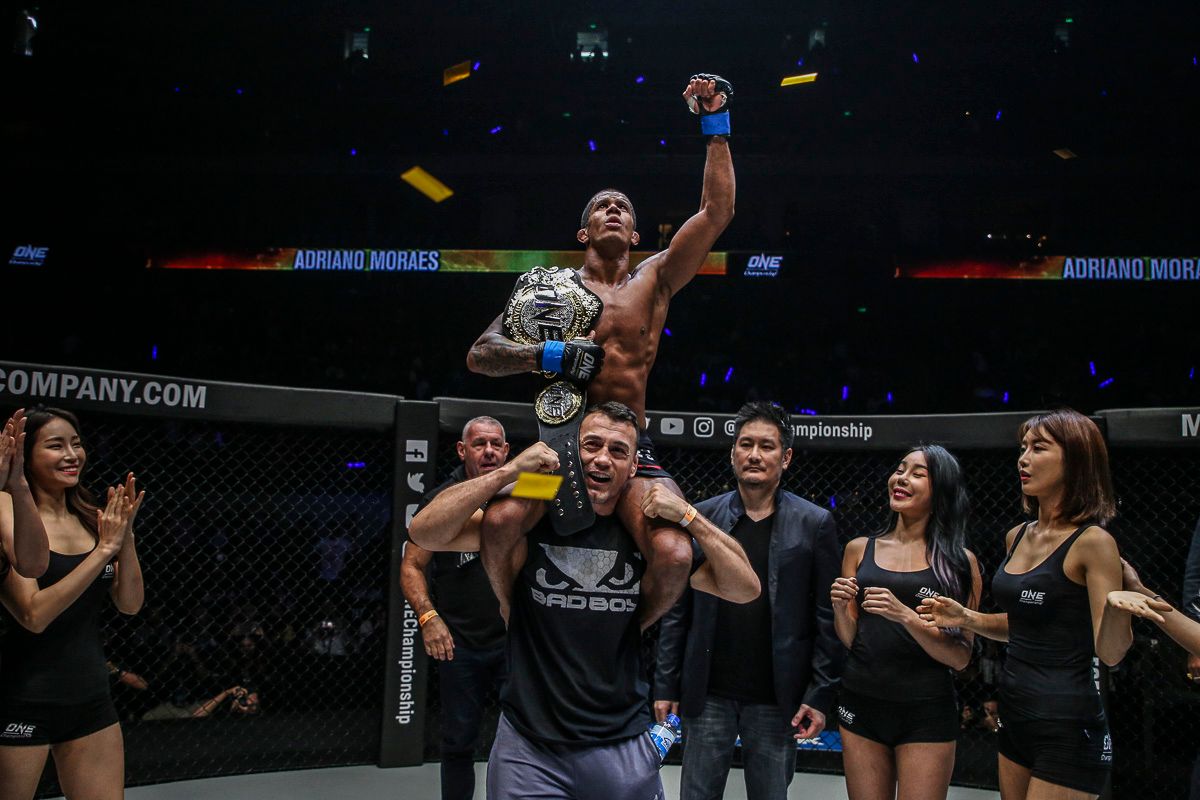 Moraes also wants to take a lead from two of his superstar colleagues and achieve a rare feat in the next 12 months.

The colossal flyweight bout with Johnson is first on his agenda, but then, the Brazilian wants to challenge himself in another division and win a second belt just like Aung La “The Burmese Python” N Sang and Martin “The Situ-Asian” Nguyen.

“In 2020, you’re going to have the best version of Adriano Moraes. I’m truly working hard,” he asserts.

“I know who my next opponent is going to be, and I am already working hard to have a good match against him. Maybe I can become a double World Champion after that. That is my main goal.”