Demetrious “Mighty Mouse” Johnson is thrilled to have emerged from a grueling year with the ONE Flyweight World Grand Prix Championship, and he already has his eyes on his next belt.

The American is fresh off his win against Danny “The King” Kingad in the tournament finale at ONE: CENTURY PART I, but that has not stopped him from starting to think about a bout with ONE Flyweight World Champion Adriano “Mikinho” Moraes.

First, though, the 33-year-old wants to return home to Washington and recuperate after a hectic six and a half months that has seen him enter the Circle against a trio of tough opponents, and emerge with victory each time.

“I had three great opponents – Danny Kingad, Yuya Wakamatsu, and Tatsumitsu Wada – they’re all great guys, and I’m happy to come away with the victory [tonight].”

Johnson had to battle a young, hungry member of the renowned Team Lakay stable to get the victory in Tokyo, Japan, but it was arguably his best performance to date in The Home Of Martial Arts.

He took some damage in the quarterfinals and was tangled up in some grappling exchanges in the semis, but when the chips were down in the finale, the AMC Pankration representative showed why he is a legend of the sport with an impressive all-around performance that stopped the Filipino from doing what he does best.

“Yeah, it was good,” he says. “Danny Kingad and the Team Lakay guys are very good at exploding – getting you where you think you’ve solidified a submission or a position, then they just explode.

“If you look back at his fights with Reece McLaren and Senzo Ikeda, they would have mount, and then lose that position, so I was focused on getting the finish with the kimura, but trying to hold position when I would get in a certain position.” 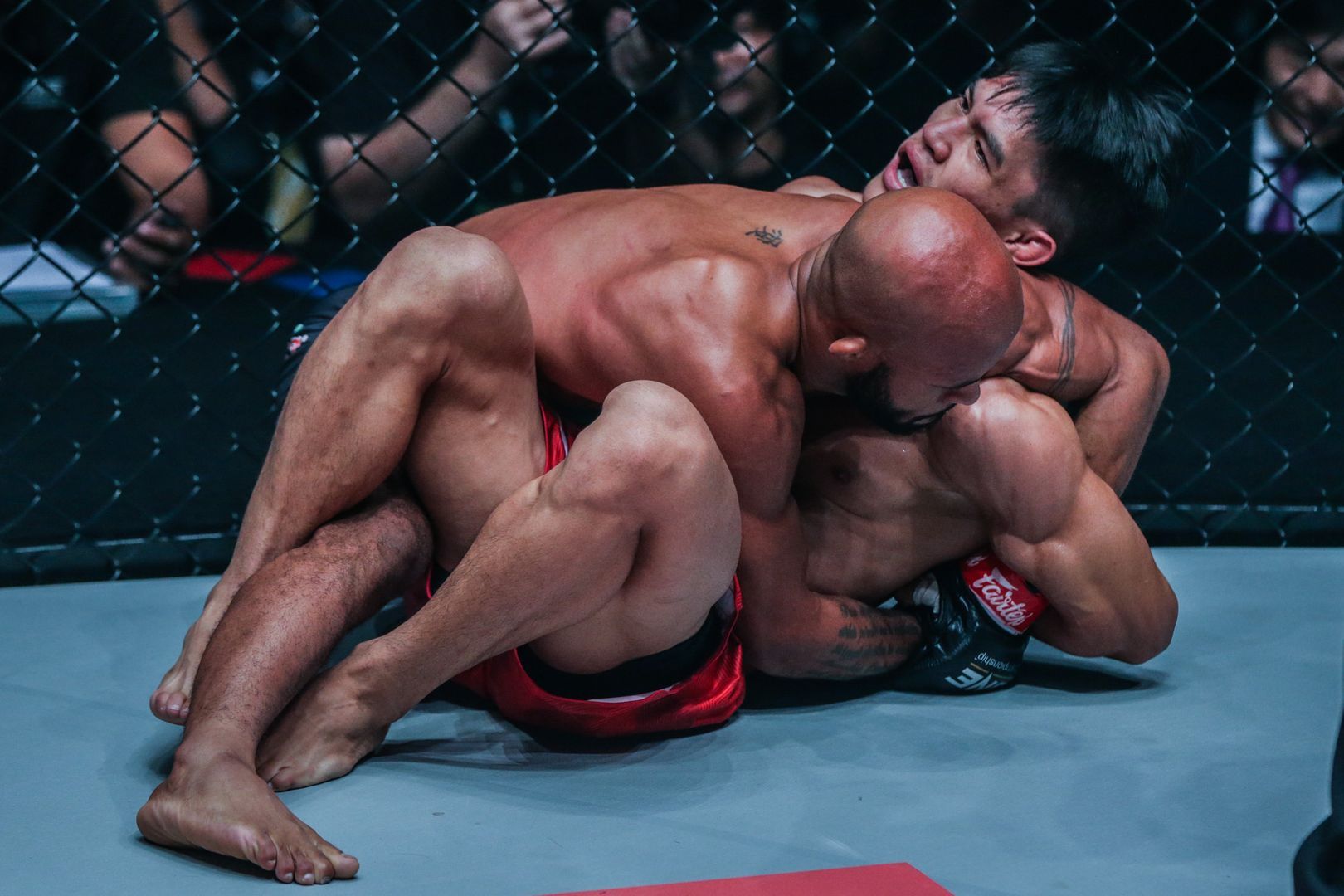 However, despite his efforts, he was not able to put the 24-year-old from Baguio City away, and “Mighty Mouse” gave his rival credit for his defense.

“When we were grappling, I would go for the kimura, and he would get out,“ he says.

Despite the lack of finish, the record-breaking flyweight mixed martial arts World Champion was still delighted to get his hands on the World Grand Prix Championship.

To compete in a tournament like this – especially in Asia – was a lifelong dream for Johnson since his youth.

“Growing up as a fan of mixed martial arts, the first DVD I bought was the PRIDE Openweight Grand Prix when Cro Cop fought Josh Barnett,” he explains

“I thought I’d never have the chance to fight in one of those because I’m too small, so I’m grateful and honored.” From the moment the tournament was announced last November, each entrant knew that if they went all the way, it would not just be a shiny new belt that would wait for them.

A guaranteed shot at Brazil’s Moraes – and the chance to become their division’s undisputed king – was also waiting at the end of the road, and Johnson seems excited by the challenge.

“Obviously what’s next is taking on the champ, Adriano Moraes – tough guy, very big flyweight, great grappler – so I’ve got to go home, see where his weaknesses are at, [then] go out there and give it all I’ve got,” Johnson states.

“Now we’re going back to five-round fights where I think I do a lot better, I have a lot more time to get adjusted and exploit my opponent.”

However, fans will likely have to wait until 2020 to see this showdown of elite martial artists.

“I think I’m going to take some time off, and if I can pick and choose, I want to fight in maybe February or March,” Johnson adds.

“I’ll give my body a chance to relax, get my health where it needs to be, and then start training.”