Gadzhimurad Abdulaev made his promotional debut very early in 2021, but his performance at ONE: UNBREAKABLE sent one of the strongest statements that fans will see all year.

The Russian stepped in on late notice against former ONE Welterweight World Champion Zebaztian “The Bandit” Kadestam at the Singapore Indoor Stadium on 22 January, and he submitted the hard-hitting Swede in less than half a round.

“The fight went according to my plan, and thank God there were no injuries,” the Team Wildhearts man says.

“Honestly, I was prepared for three rounds, but I knew for a fact that he was the kind of man who gives his back. Whenever I get the back, I choke people out.”

It was a massive coming-out party for Abdulaev, who featured once in Rich Franklin’s ONE Warrior Series before his callup to the big show versus one of his division’s most revered stars.

The unbeaten welterweight would have been forgiven for respectfully declining the offer given the scale of that challenge, the short time frame, and his perfect slate.

Instead, the Russian Mixed Martial Arts Champion courageously stepped up to the plate — and the risk paid off.

“I never think about [keeping my undefeated record]. We, the people, create the reasons, but God gives the result. I try my best in everything I do, and if I lose I will accept it as a man,” Abdulaev says.

“Zebaztian is definitely a strong man. He is a [two-time ONE World Champion] who had just lost the belt in his last fight. I remember when he was fighting with Ben Askren, he was doing a very good job, but what I did to him on the ground will be a strong push for me in this division.

Even though he earned a flawless victory over a big-name opponent, Abdulaev is convinced there are better performances ahead.

“I accepted this fight with two weeks’ notice,” he adds. “When I received this offer I flew straight to the fight. I wasn’t in shape at all. So, when I have my full preparation, well… I think the belt will definitely suit me.” With such a big scalp on his resume, the man from Dagestan can expect to receive some enticing opportunities. He is open to facing a variety of opponents, although there is a lightweight mixed martial arts icon from North America in his sights.

“To be honest with you, I don’t really worry about [who I will fight next], except I don’t want to fight with my Dagestan friends, who are Raimond [Magomedaliev] and Murad [Ramazanov],” Abdulaev says.

“I have watched Eddie Alvarez fight since my childhood, so if I had the chance, I would love to fight with him, but the rest I don’t worry about.

“One of my Dagestan friends is training with Eddie, and their walking weight is just the same and similar to mine, so I think we could do it in the welterweight division.” 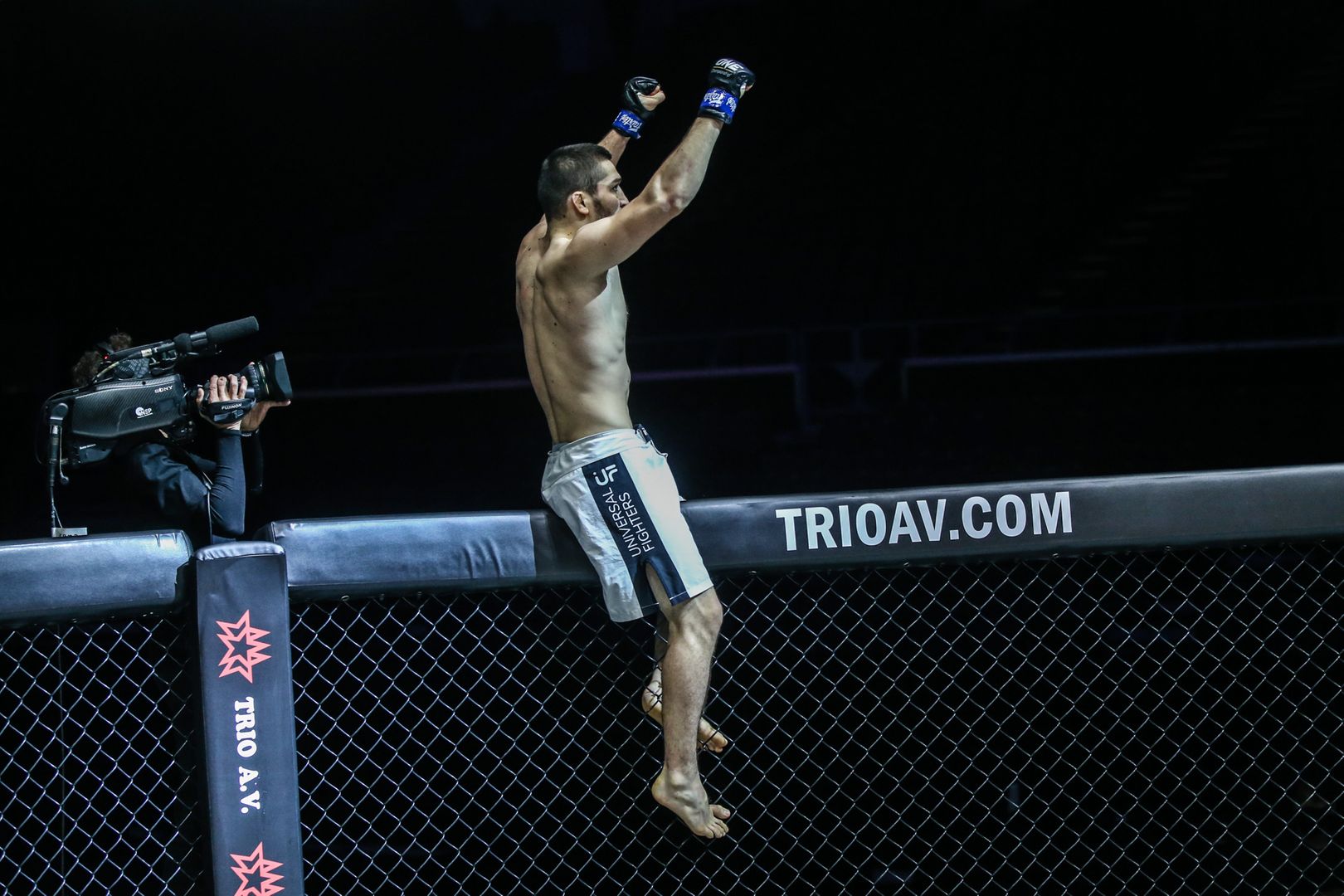 Like every athlete on the roster, the biggest motivator for Abdulaev is the coveted gold strap, so he also has ONE Welterweight World Champion Kiamrian “Brazen” Abbasov in his crosshairs.

In fact, the 24-year-old from Makhachkala fancies his chances of dethroning the Kyrgyz warrior despite his inexperience on the global stage.

“If you are a fighter and you think you are not ready, then you chose the wrong sport. Just give me some time to prepare for the fight, let me get in shape, and you will see my best performance.”

Read more: The Top Fight Highlights From ONE: UNBREAKABLE III