“The Panda” Xiong Jing Nan (14-1) is ushering in a new era for Chinese martial arts.

Now, she is ready to build on her legacy and defend her coveted title for the first time. 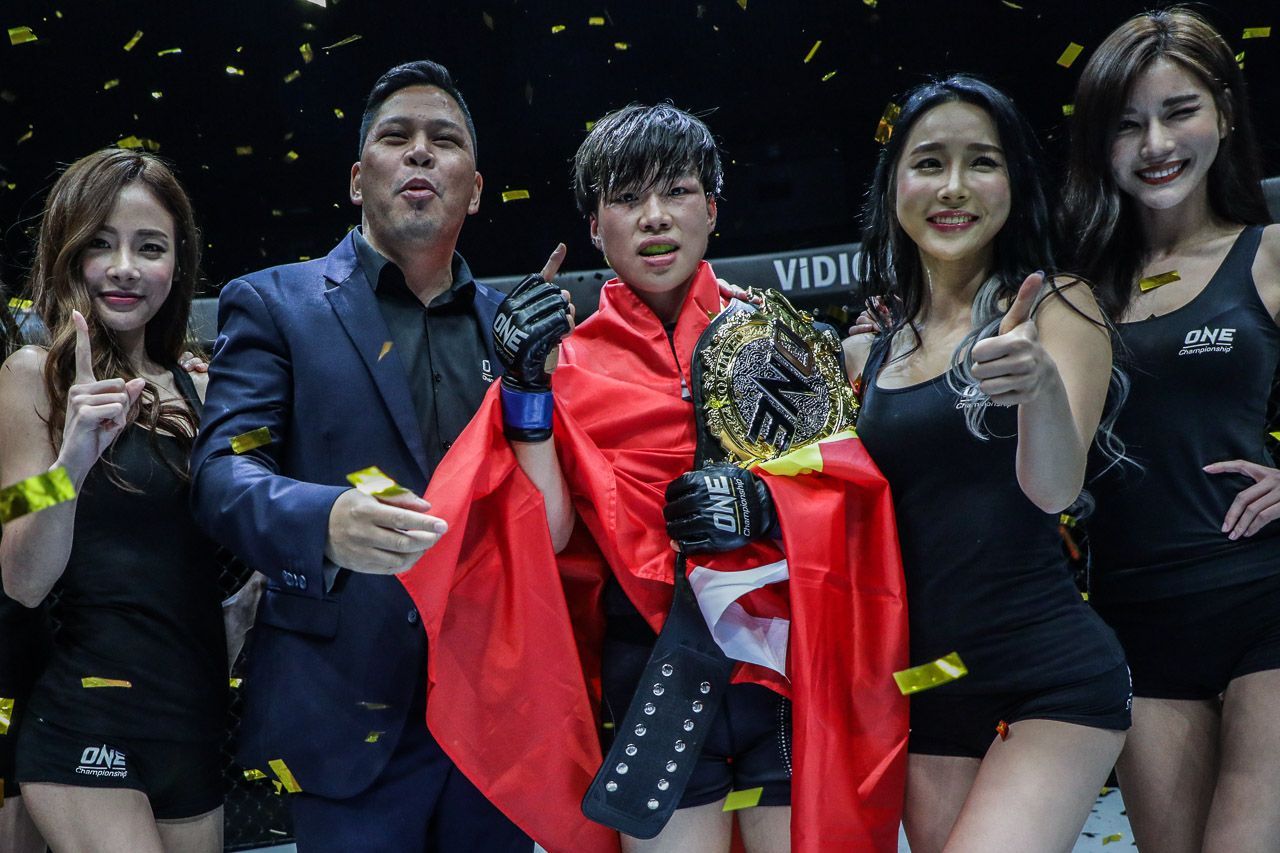 Xiong will put her gold on the line against Argentinian contender Laura “La Gladiadora” Balin (10-2) in the co-main event of ONE: PINNACLE OF POWER at the Studio City Event Center in Macau on Saturday, 23 June.

“This will be my first title defense, and it means the world to me,” she says. “I believe it will bring a lot of attention and more fans [to the sport].”

Ever since “The Panda” joined ONE Championship in late 2017, she has captured the world’s attention with her remarkable performances.

Xiong – a Brazilian jiu-jitsu purple belt who previously represented her country as a member of the Chinese national boxing team – made her promotional debut in December at ONE: WARRIORS OF THE WORLD against Team Lakay’s April Osenio.

“The Panda” overwhelmed the Filipina with her thunderous punches and scored a TKO late in the first round.

Xiong Jing Nan kicked off 2018 with this historic feat.

Xiong Jing Nan kicked off 2018 with this historic feat.Macau | 23 June | LIVE and FREE on the ONE Super App: http://bit.ly/ONESuperApp | TV: Check local listings for global broadcast

The rising superstar returned to the cage a month later to challenge undefeated Singaporean Tiffany “No Chill” Teo for the inaugural ONE Women’s Strawweight World Title in Jakarta, Indonesia.

After a competitive first round, Xiong began to take over with an effective mix of striking and grappling – coming close to a finish on multiple occasions. She finally put Teo away in the fourth round to claim the belt at ONE: KINGS OF COURAGE.

With the win, she also became the first mixed martial arts world champion from China. That feat has inspired her compatriots.

“I am really glad I could show the world Chinese martial arts is on a different level now. Also, it is an honor to be representing the power of China,” she says.

“I do not think I am qualified to say I am inspiring my nation, but I could use myself to inspire more people in China who have the talent, and interest, in martial arts. I wish the world could see the power of Chinese martial arts through me.” 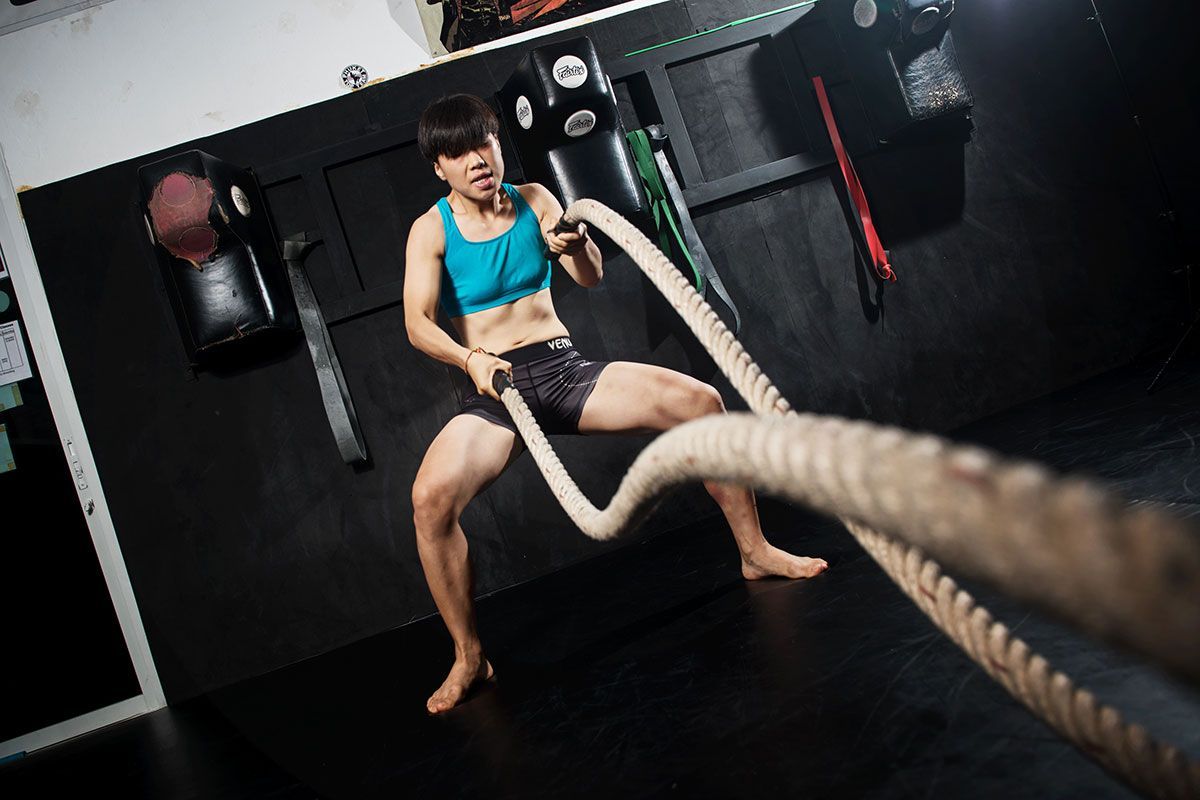 Xiong will aim to display that power once again on 23 June against Balin.

Considered one of the top female martial artists in South America, Balin is equipped with the well-rounded skills to spoil Xiong’s first defense. She is a Gladiadores MMA Champion who comes from a kickboxing background, and is also armed with a BJJ purple belt.

These abilities have helped turn “La Gladiadora” into a reputable finisher. Of her 10 professional victories, five have come via submission, and four via knockout. She is also riding a four-bout win streak, which should give her even more confidence ahead of her clash with the Chinese powerhouse.

“Laura is a very experienced fighter, and she has very complete skills with really good results. This will be a challenge for me,” Xiong acknowledges.

“I do not like to anticipate any result because anything is possible during a fight. All I know is I should be myself and give my best, and that will bring me more confidence.” 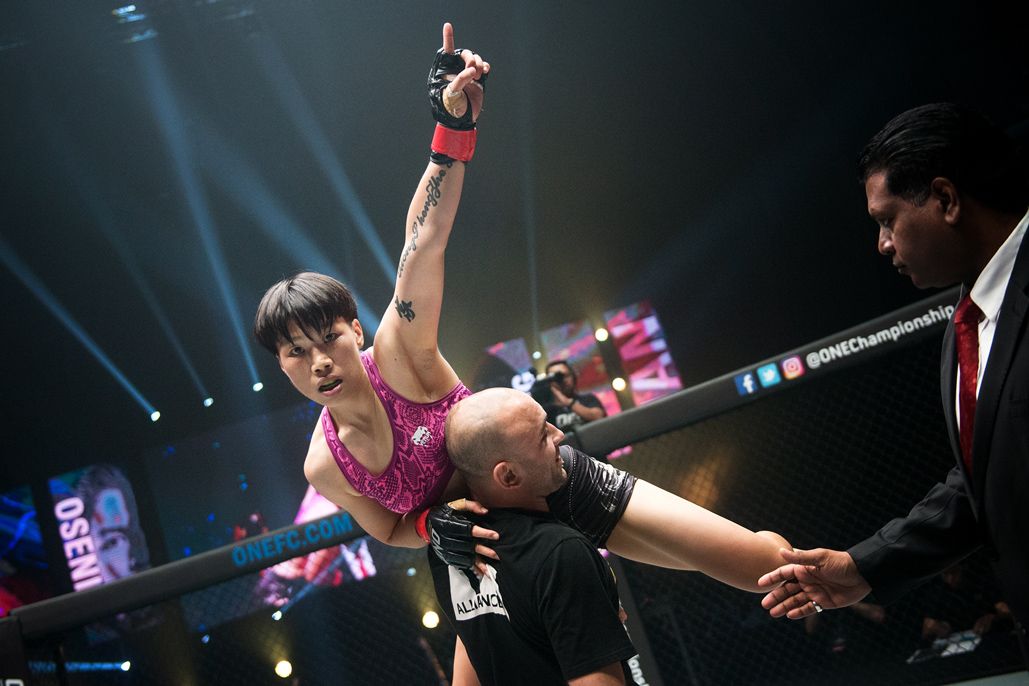 While “The Panda” is confident heading into this World Title bout, she admits feeling the weight of her immense responsibility.

Xiong knows a victory near to her home country would ignite the Studio City Event Center, acting as another shot in the arm for the continued growth of mixed martial arts in China and leading to even more opportunities for Chinese athletes.

That is a lot of weight on her shoulders, but she says she is up to the task.

“Of course, there will be a lot of pressure, but this is also a motivation for me,” the World Champion says.