“The Panda” Xiong Jing Nan proved the hype around her arrival in ONE Championship was justified. 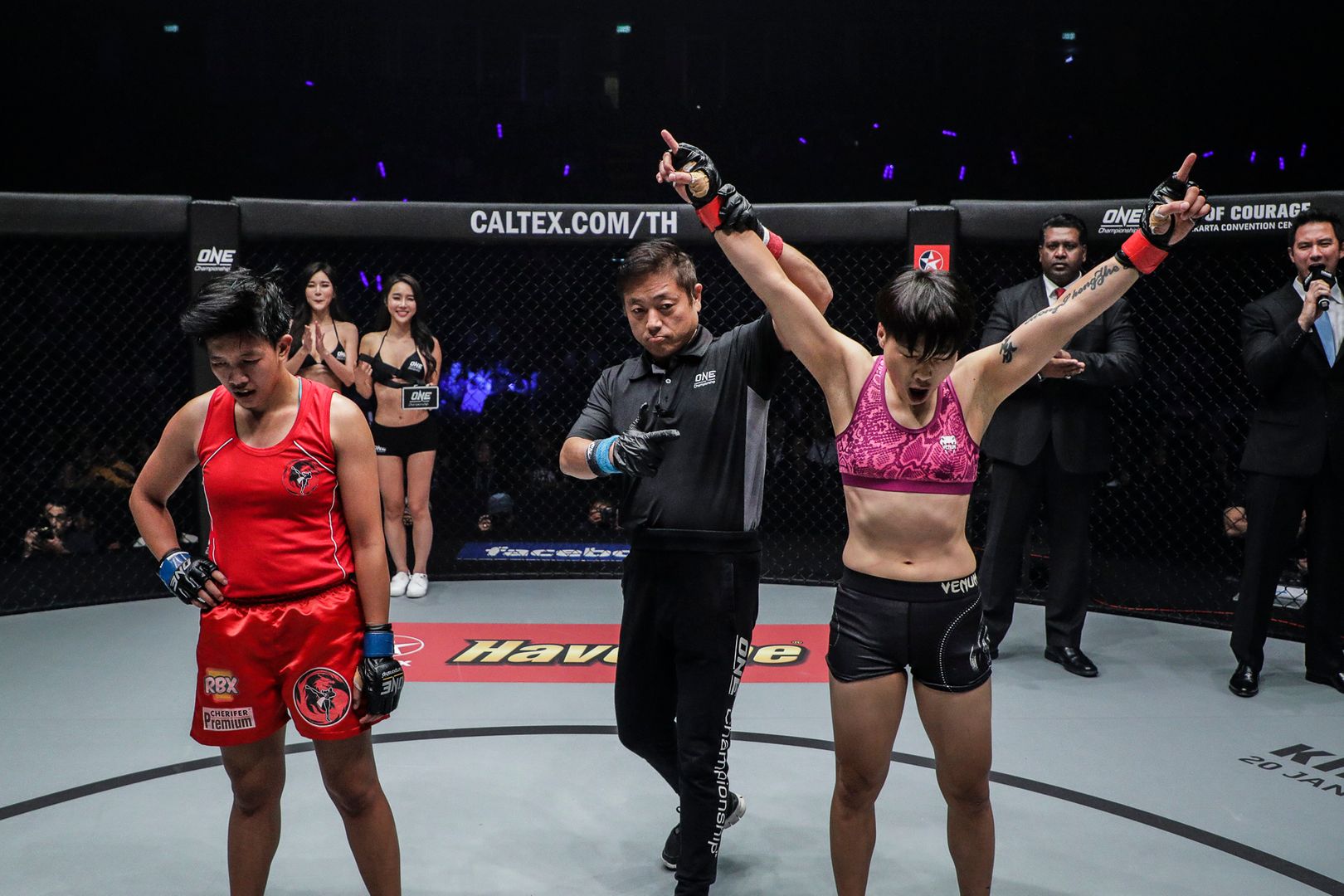 The 29-year old Chinese phenom picked up an impressive first-round TKO against the Philippines’ April Osenio in a catchweight bout at ONE: WARRIORS OF THE WORLD on Saturday, 9 December, live from the Impact Arena in Bangkok, Thailand.

Xiong and Osenio both came out looking to make a statement, as they started swinging heavy leather at each other early before getting locked up in the clinch against the cage.

Seeing an opening for a takedown, “The Panda” landed a beautiful outside trip to take the contest to the mat. The Chinese athlete would transition to a guillotine choke, which looked deep, but Osenio played good defense before slipping free.

The Filipina had enough of the ground battle and stood back up, but that ultimately led to her undoing, with Xiong pursuing her with a barrage of strikes in a furious exchange of punches.

Finally, “The Panda” connected with a devastating right hand that dropped Osenio to the ground, and the referee quickly swooped in at 3:44 of the opening stanza to stop the contest before she took any unnecessary damage.

Touted as a major addition to the ONE roster, Xiong lived up to expectations, as she wins her promotional debut, and moves to 13-1 in her career.