Michelle Nicolini is one of the most revered female martial artists on the planet – and a firm fan favorite in ONE Championship.

The #2-ranked strawweight contender has recorded groundbreaking achievements in multiple styles, but you would not know it from her humble, laid-back demeanor.

However, once Nicolini is inside the Circle, she is all business, and her performances in The Home Of Martial Arts have made her a big hit around the world.

Here are three reasons why the São Paulo, Brazil native has caught the attention of fans on the global stage.

One Of The Most Decorated Female Grapplers Ever

Nicolini was already an incredible Brazilian Jiu-Jitsu competitor before her switch to mixed martial arts.

She originally took up “the gentle art” at the age of 17 but failed to medal in her first three competitions.

However, those setbacks only motivated her to train harder, and the Vila Da Luta representative earned her black belt in just six years. Then she carved out her legacy as one of the greatest in history.

If your dreams don’t scare you, they are too small! #dreambig #motivated #goodvibes #behappy #keepgoing

The BJJ black belt could have stayed in her comfort zone as a grappler, but she sought out new challenges in mixed martial arts.

Nicolini made her professional debut in 2011, but she didn’t fully commit to her new endeavor until 2014.

Since then, she has submitted five opponents en route to six career victories, including four wins in ONE.

Her most notable win came in July 2019 when she defeated ONE Women’s Atomweight World Champion “Unstoppable” Angela Lee in a strawweight contest. That victory showed Nicolini could pose a true threat to reigning strawweight queen “The Panda” Xiong Jing Nan.

Paved The Way For Women

Nicolini started her martial arts journey with capoeira, as she needed an outlet for her energy, but it was not enough. Then a friend suggested that she try BJJ, and she was instantly hooked.

Back in the late 1990s, “the gentle art” was just starting to build its reputation for effectiveness, but it was also seen as violent and not necessarily suitable for young women.

The teenage Nicolini faced resistance from her friends and family, but she stuck to her guns.

As the sport grew and became more widely accepted, Nicolini was at the forefront of the female charge, proving that women did have a place in the full-contact grappling discipline.

Finally, take a look at some of Nicolini’s best action shots in The Home Of Martial Arts! 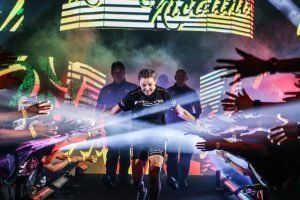 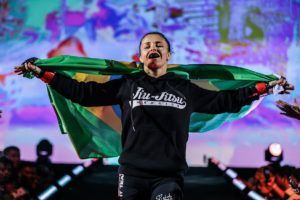 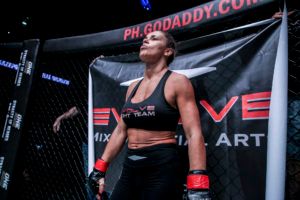 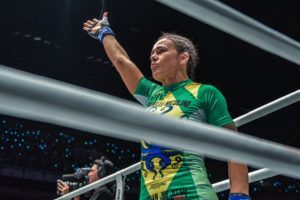 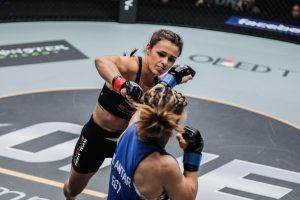 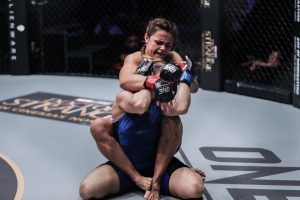 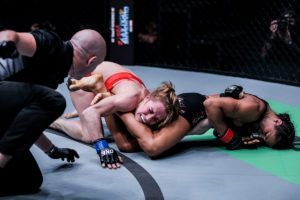 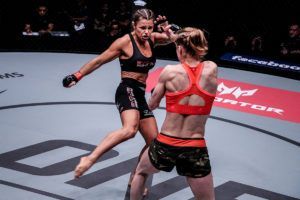 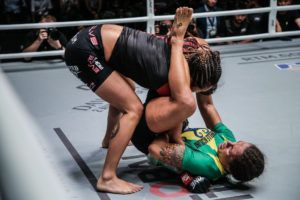 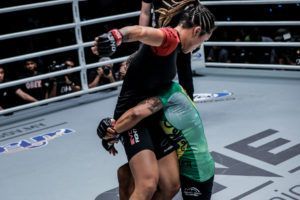 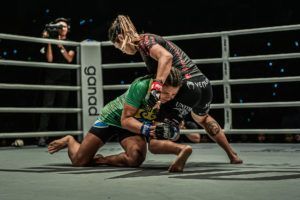 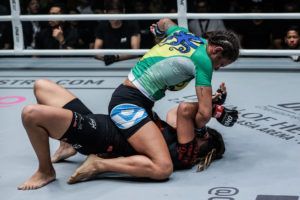 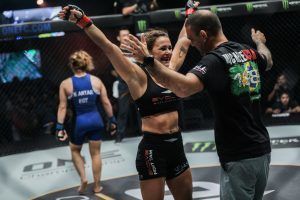