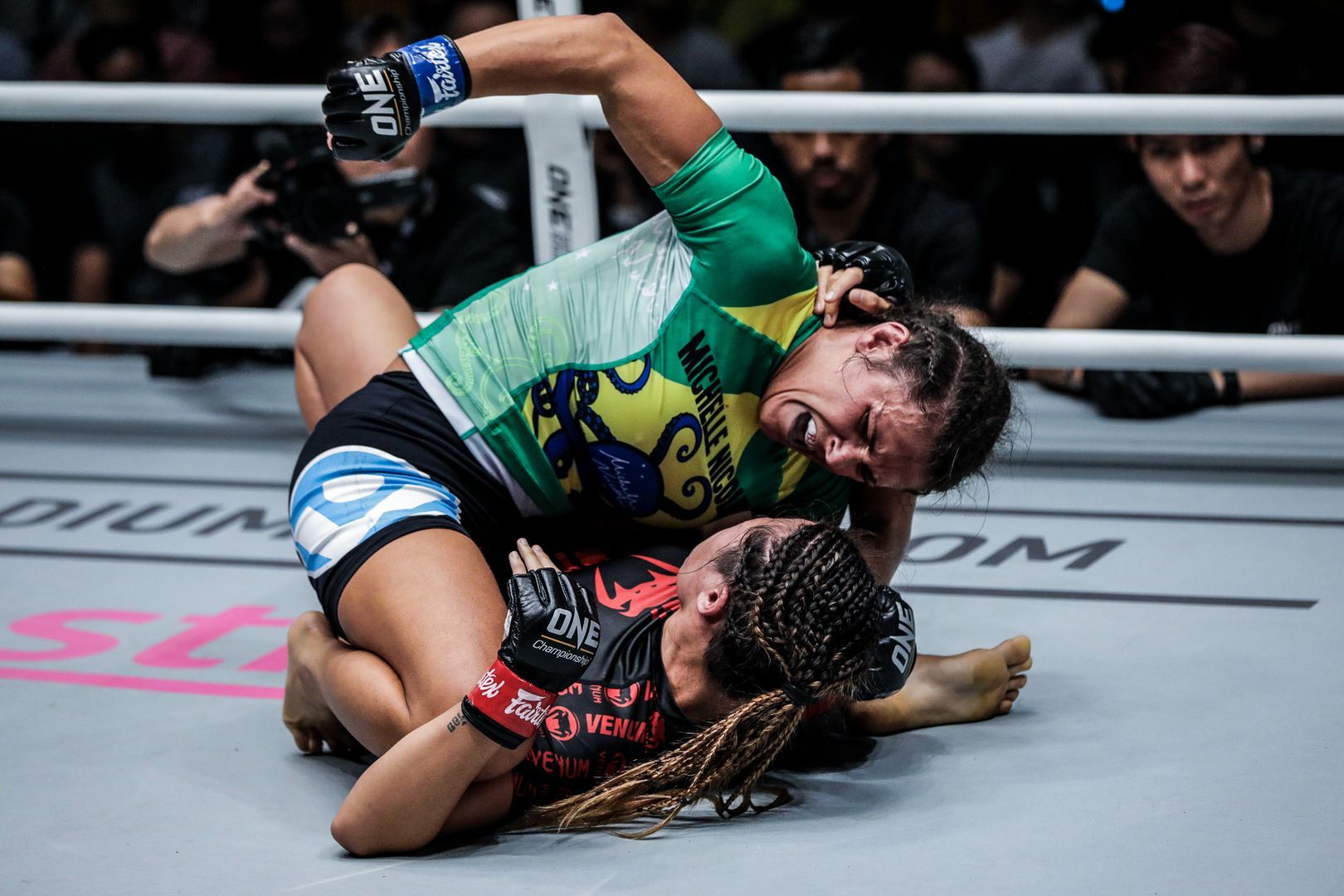 Michelle Nicolini proved once again that she has “Unstoppable” Angela Lee’s number as she defeated the Singaporean superstar after three rounds of mixed martial arts action at ONE: MASTERS OF DESTINY.

Though she did not get the submission like in their 2016 grappling match, Nicolini frustrated Lee anew as she earned a unanimous decision on Friday, 12 July at the Axiata Arena in Kuala Lumpur, Malaysia.

Michelle Nicolini stakes her claim for a shot at the women’s strawweight ???? with a spectacular unanimous decision victory over Angela Lee!

Michelle Nicolini stakes her claim for a shot at the women’s strawweight ???? with a spectacular unanimous decision victory over Angela Lee! ????: Check local listings for global TV broadcast????: Watch on the ONE Super App ????http://bit.ly/ONESuperApp

Some pundits expected this to be a classic battle of grappler versus striker, but the 37-year-old from Brazil hardly gave her the opportunity to let loose with her punches or kicks, and the contest ended up taking place almost entirely on the ground.

Nicolini spent the majority of the first round on her back but looked very comfortable, as she turned away every advance from Lee while she threw up her own offense.

Although her skill was clear for fans to see in the first five minutes, it was not until the second round that the eight-time BJJ World Champion’s grappling prowess was finally on full display.

Nicolini scored a quick takedown and began a grappling clinic as she passed the ONE Women’s Atomweight World Champion’s guard with apparent ease to slide into position to strike.

She established full mount halfway through the round, and seemed to be one step ahead of her rival every time she tried to escape. Lee eventually managed to sweep the Vila Da Luta representative with a minute to go in the second stanza, but she could not generate much offense in the position.

“Unstoppable” tried to make the match a stand-up battle in the final period, and for a moment, the Singaporean superstar was effective. 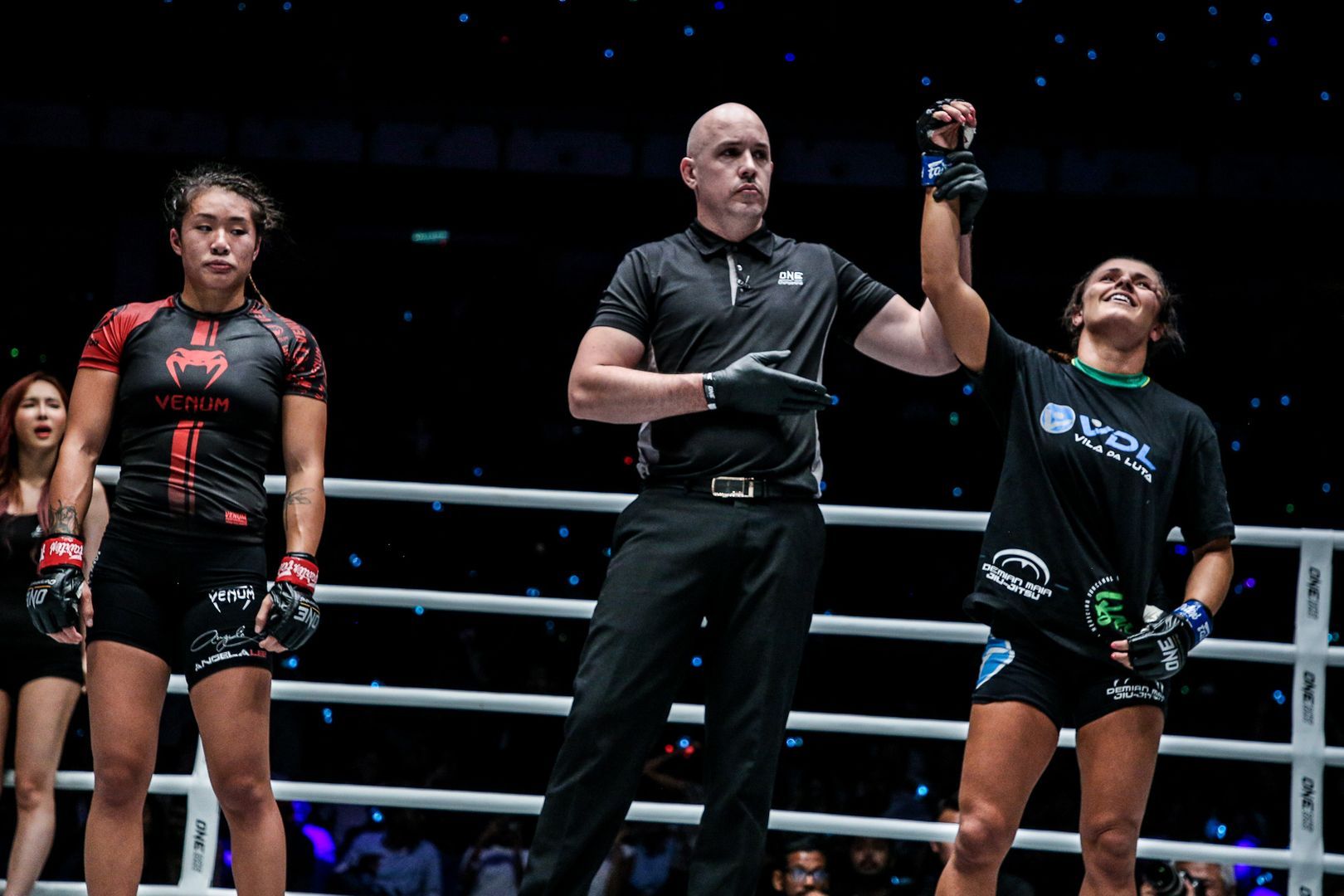 The 23-year-old managed to get a few punches in, but Nicolini soon took hold of a leg, and dragged the match back into her realm.

That is where it stayed for the rest of the encounter, and though Lee managed to get into a few advantageous positions and take Nicolini’s back in the waning moments, that was not enough to get the victory.

After 15 minutes of superb technical exchanges on the ground, the Sao Paulo native earned the unanimous decision and improved her mixed martial arts record to 6-2.