The high-stakes fight between “The Panda” Xiong Jing Nan and Michelle Nicolini is the epitome of a striker-versus-grappler matchup, featuring a pair of skilled athletes who achieve success in the Circle from very different places.

When they square off for the ONE Women’s Strawweight World Title at ONE: EMPOWER this Friday, 3 September, reigning titleholder Xiong will put her concussive boxing repertoire up against the elite Brazilian Jiu-Jitsu skills of Nicolini.

But in a mixed martial arts bout, both World Champion and challenger must be prepared for anything if they want to get their hand raised and leave with the gold.

Here are four keys to victory in this colossal main event at ONE’s first all-female card. 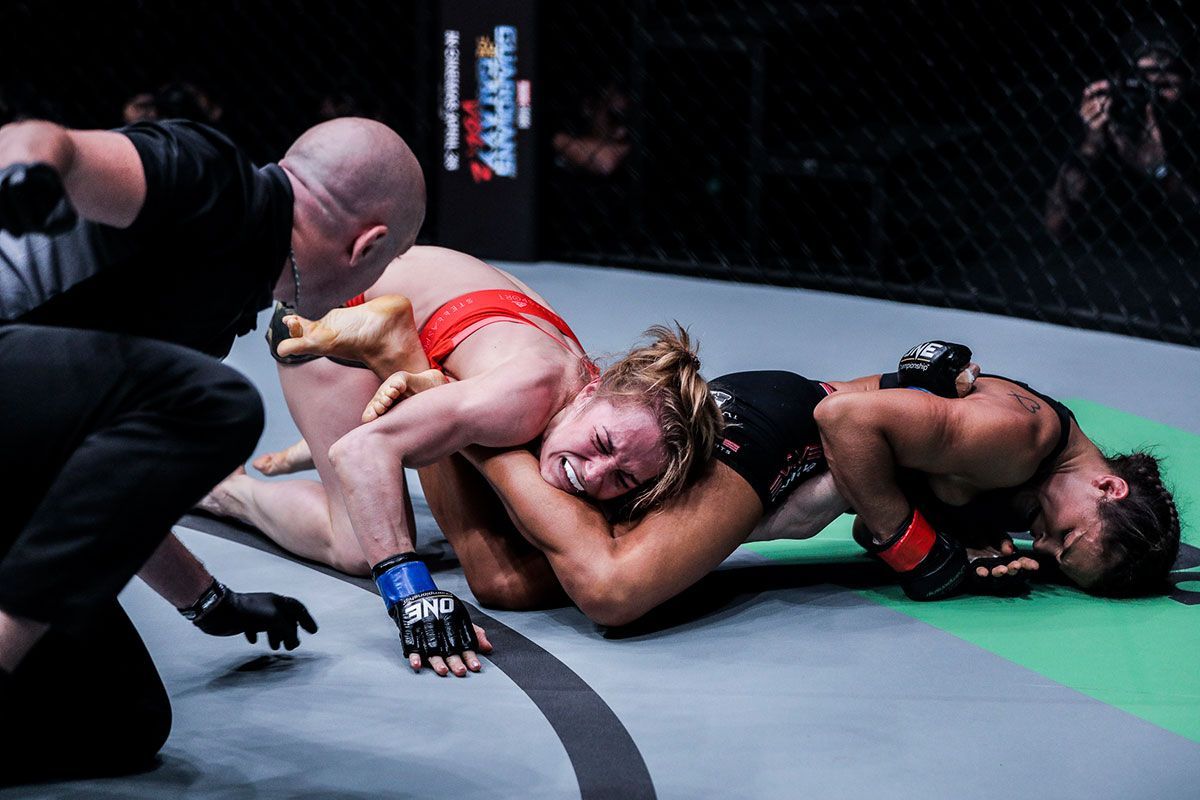 Nicolini must take the fight to “The Panda” as early as possible to give herself the best chance of victory.

Much like she did in her landmark win over atomweight queen “Unstoppable” Angela Lee, the 13-time BJJ World Champion will have to come out of the blocks fast and close the distance while she still has a full gas tank.

The Brazilian’s first five MMA victories all came via first-round submission, so that’s clearly when she’s the most dangerous — refusing to let her opponents settle into the match and putting them under pressure right away.

If she can latch onto a double- or single-leg takedown early, the 39-year-old can advance on the ground and get into a potentially bout-ending position. She sticks to her opponents like glue until there’s a chance to attack, and when it comes, she’s extremely potent.

At the same time, Nicolini has only won once by decision, and the exertion needed to secure a takedown is much more difficult to muster as the bout progresses, so she needs to go all out and put her stamp on the match as soon as possible, especially because Xiong is no stranger to going five rounds. 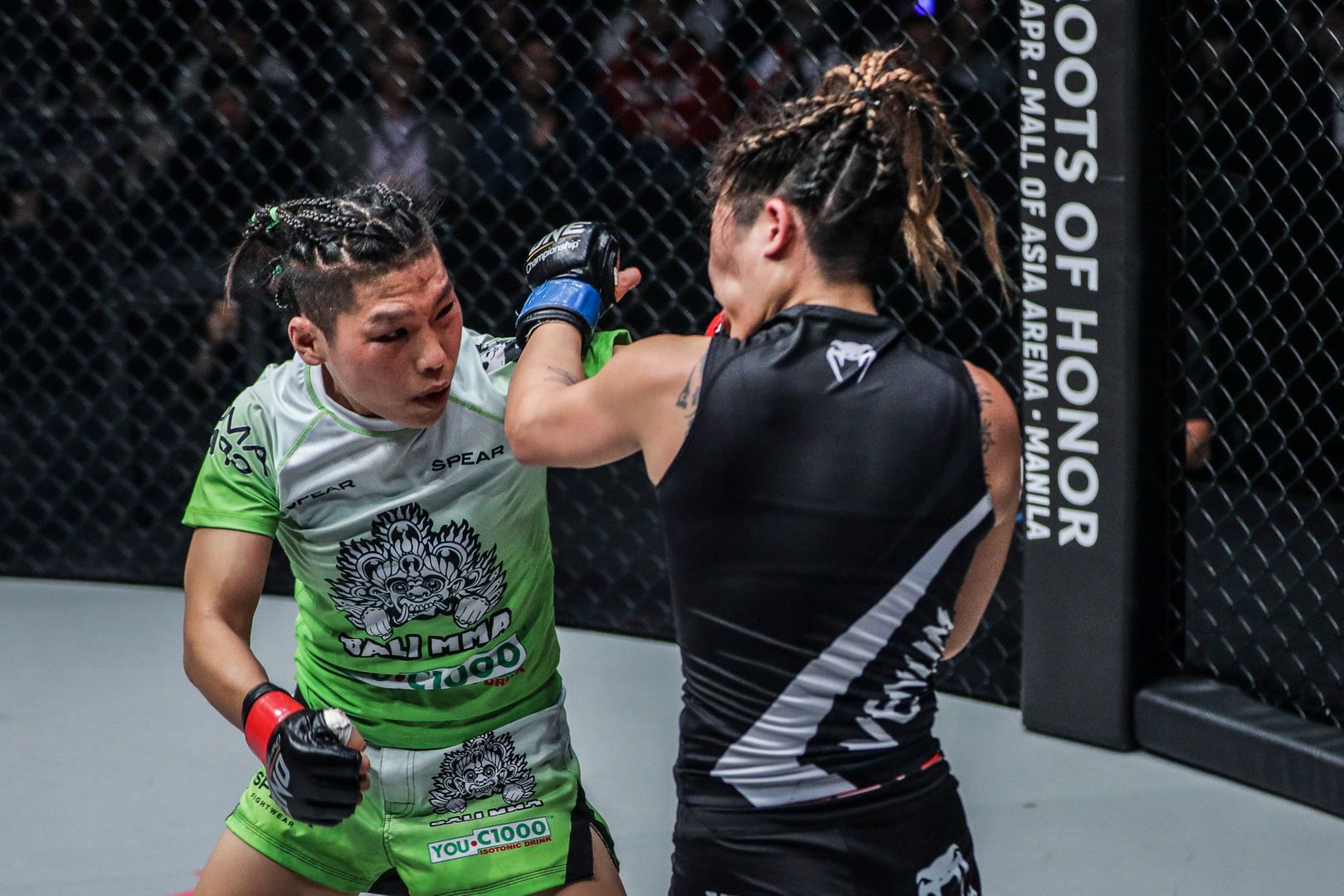 “The Panda” has gone the distance in four of her last five outings, which means she has the necessary conditioning and is comfortable with slowly dialing up the pressure on her opponent without overcommitting.

If the 33-year-old Chinese superstar falls behind in the early rounds, she will have to avoid getting desperate to claw back quickly. Trying to wade in too much will leave her more susceptible to Nicolini’s clinch and takedowns.

However, the Brazilian faded quickly after a strong start against Tiffany “No Chill” Teo, and that was only over three frames. With 25 minutes to work with, Xiong’s power will get a chance to shine through, but it will become much less risky once she’s taken Nicolini into deeper waters.

And while “The Panda” is often aggressive, if she uses her footwork to move while peppering her rival and forcing energy-sapping takedown attempts from the outside, she will almost certainly be rewarded with more opportunities when the bout moves into the championship rounds. 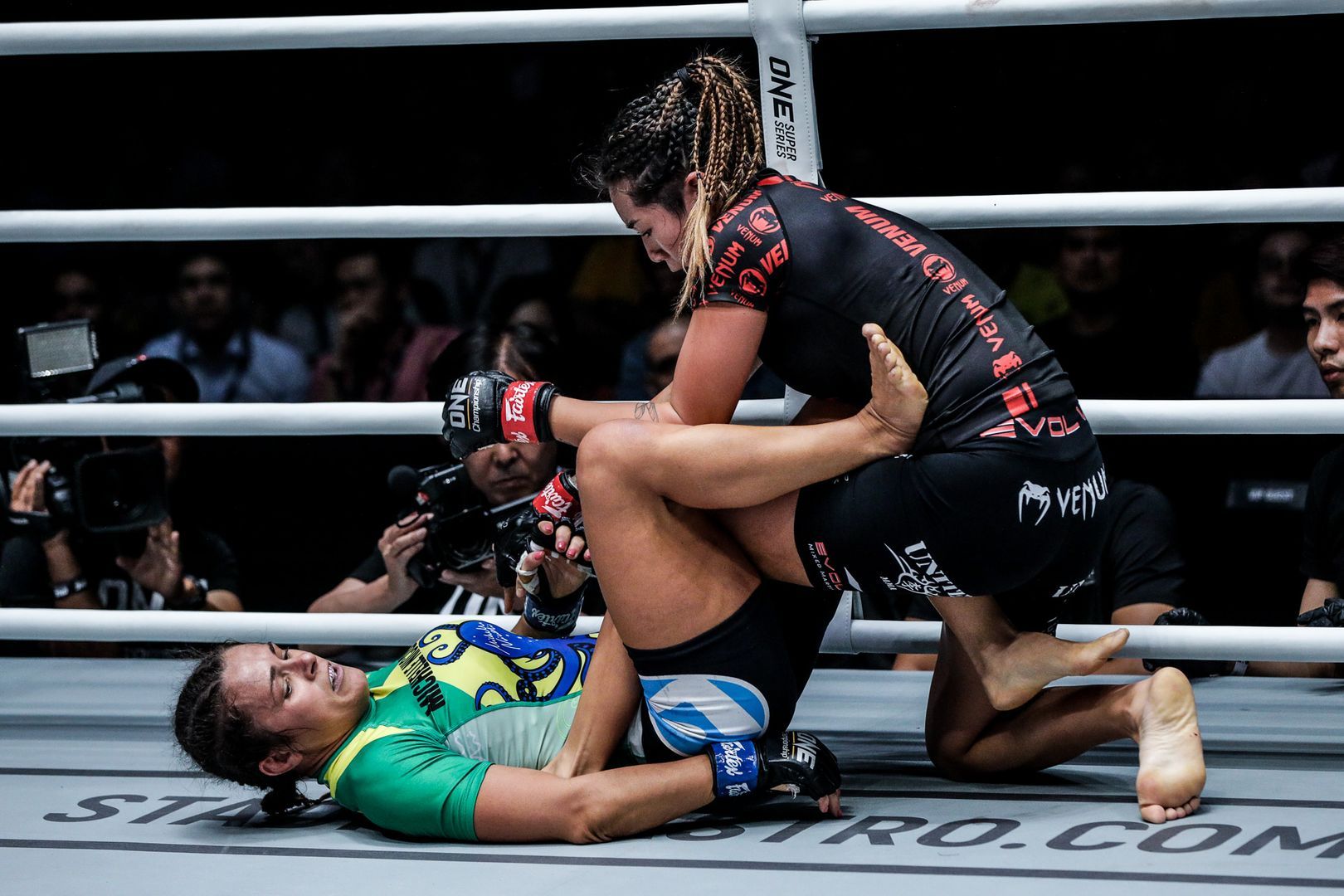 Nicolini will have to make the most of every connection she can make on Xiong. She’ll inevitably have to walk through some hard strikes to grip the Evolve athlete, and that effort will be for nothing if she doesn’t capitalize.

This means — although she would prefer top position — even a guard pull to work from underneath is a favorable outcome over spending more time on the feet with the slugger from Beijing.

The Brazilian is not afraid to take this course of action. She did it against Lee, which resulted in leg lock attempts and successful sweeps to advance her offense.

Moreover, the ThaiUnit representative’s submission attacks from the guard are plenty effective. In her competitive grappling days at the highest level, Nicolini tapped out elite BJJ practitioners with triangles, toe holds, and armbars from her back, so any time spent inside her guard will be a threat to the reigning champion. 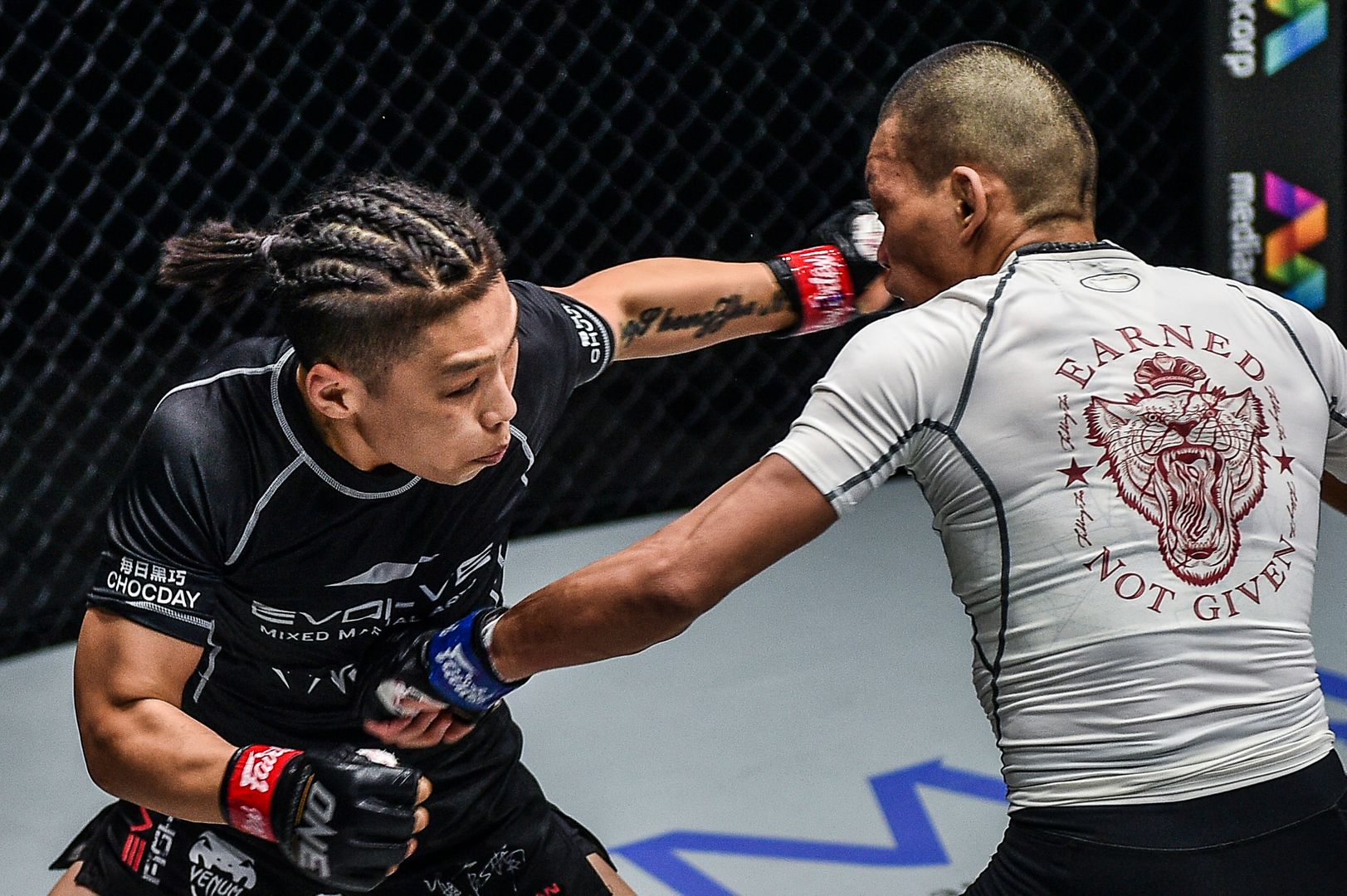 The most dangerous tools in “The Panda’s” arsenal are her fists, and she would be smart to almost exclusively employ them in this matchup.

That’s because letting Nicolini take a grip on a leg from a kick would certainly increase Xiong’s chances of ending up on the canvas.

With that in mind, the knockout artist should focus on keeping her foe at bay with her jab, throwing hard shots from the outside, and resisting the temptation to swarm when she does land a solid strike.

If she takes damage from those long-distance punches, Nicolini could get desperate and lunge in for takedowns with no setup. That’s when she’ll be wide open for power shots from “The Panda,” including thudding uppercuts and hooks.

If her rival fades, Xiong can really step on the gas with her output, and she’s proven that she still possesses stopping power late into the fifth round.