ONE Championship is ready to host its first all-women’s event, and every athlete on the card will be motivated to deliver the performance of a lifetime.

This Friday, 3 September, the world’s best female martial artists will enter the Circle at ONE: EMPOWER, which features everything from a World Title main event to the biggest women’s tournament in mixed martial arts history.

With so much on the line, there’s no shortage of reasons to watch the historic show, and we’ve picked out five of the best ones here. 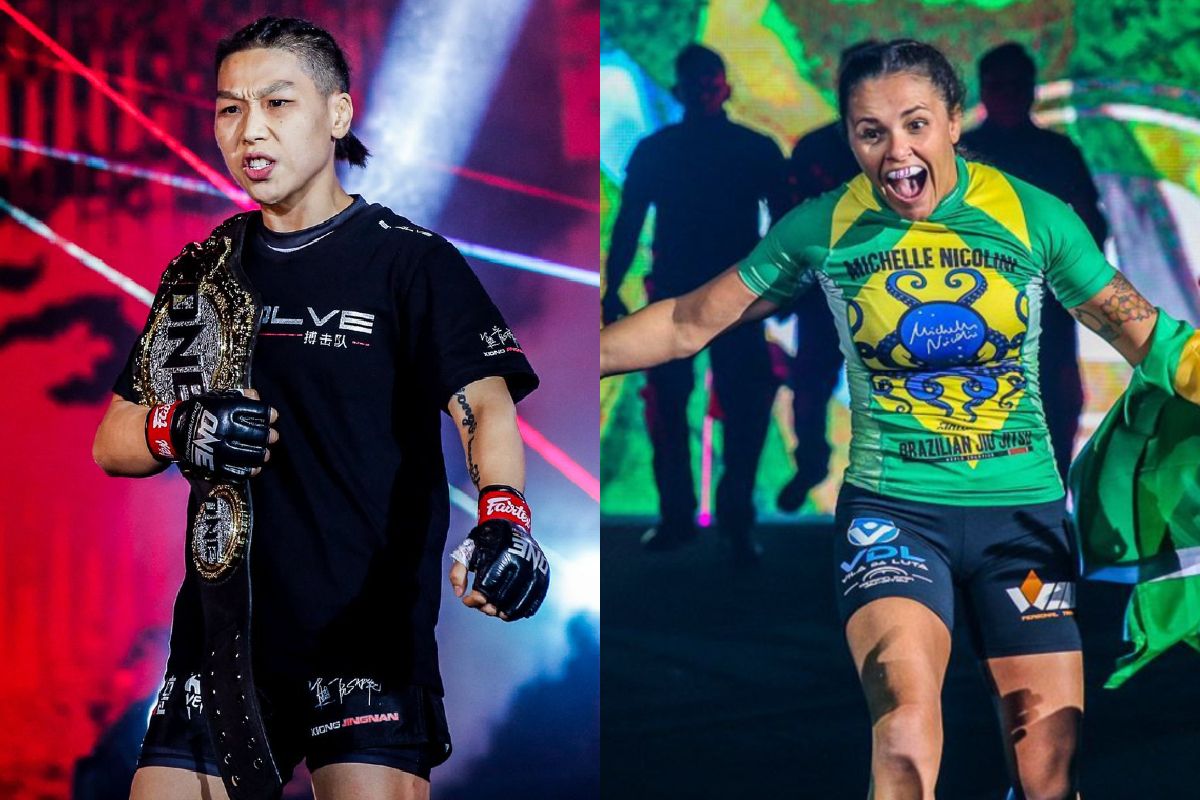 “The Panda” Xiong Jing Nan has ruled the women’s strawweight division with an iron fist.

But for the Chinese knockout artist’s fifth defense, she will meet #2-ranked Michelle Nicolini, who seems like the perfect foil.

Nicolini is a 13-time Brazilian Jiu-Jitsu World Champion, so her grappling and overall ground game could create big problems for “The Panda.”

In fact, with the exception of atomweight queen “Unstoppable” Angela Lee, the Brazilian has earned every career victory via submission.

This is the ultimate styles clash, as the division’s best striker goes up against the greatest submission wizard in the weight class. 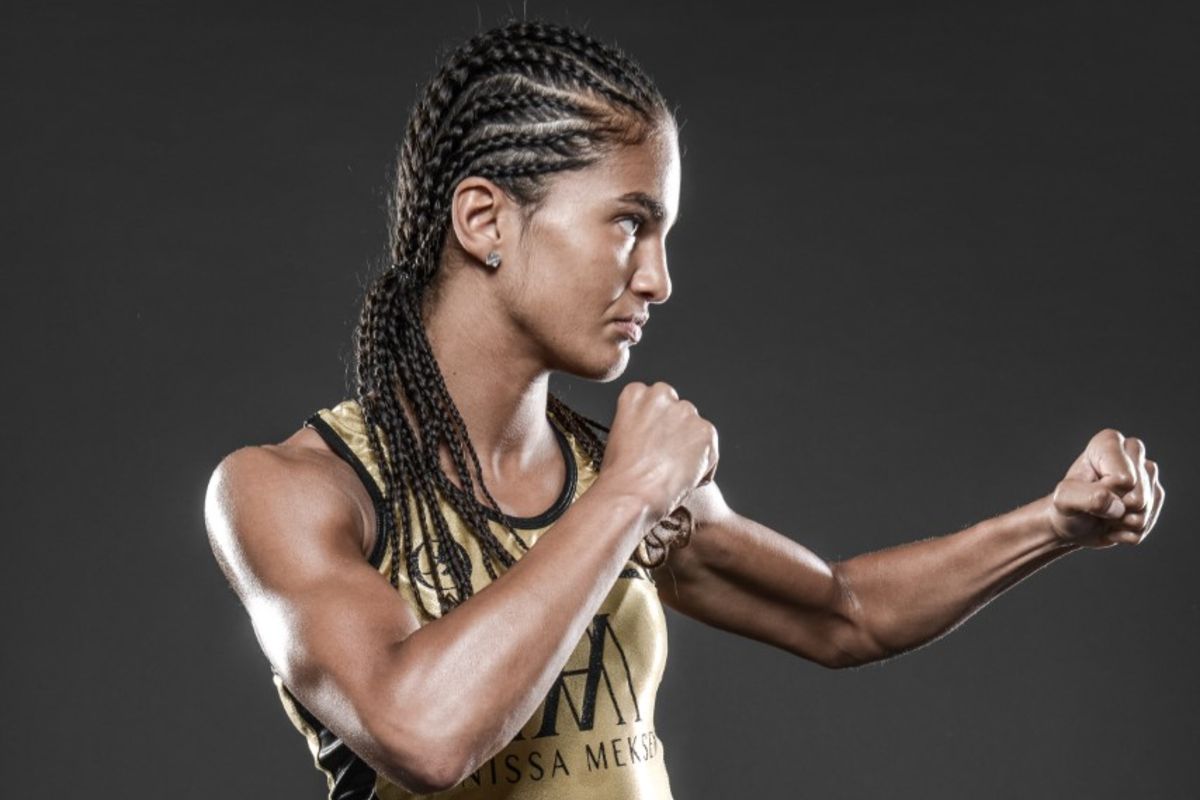 Anissa “C18” Meksen is finally set to make her highly anticipated debut on the global stage.

The French superstar is widely regarded as the best pound-for-pound female striker in the world, and for good reason. Meksen holds a jaw-dropping 100-5 professional record, and she is a seven-time Muay Thai and Kickboxing World Champion.

On Friday, “C18” will put her dazzling reputation on the line when she meets fellow promotional newcomer Cristina Morales, a three-time Kickboxing World Champion who possesses a 48-7 record.

But if Morales can stun the seemingly invincible French superstar, she would be considered a front-runner for the next title opportunity.

Fans have been waiting for the ONE Women’s Atomweight World Grand Prix ever since ONE Chairman and CEO Chatri Sityodtong first announced it in October.

On Friday, the wait will finally be over, as the entire quarterfinal round of the historic tournament will take place on the main card.

Plus, the global fan base will see a fourth quarterfinal bout that’s loaded with tons of drama.

#4 The Rematch Everyone’s Been Waiting For

All of the bouts in the World Grand Prix are filled with interesting storylines, but there is a certain grudge match that’s captured everyone’s attention.

Former atomweight kickboxing and Muay Thai queen Stamp Fairtex – who is currently the #4-ranked atomweight mixed martial artist – suffered her only MMA loss at the hands of #3-ranked Alyona Rassohyna.

The Thai megastar appeared to be winning that fight, but the Ukrainian locked up a guillotine choke in the waning moments, and referee Olivier Coste saw Stamp tap her European rival’s shoulder. As a result, the ref called off the contest with just seven seconds remaining.

Stamp, however, has repeatedly insisted that she did not tap out and that she was reaching for her opponent’s face to break the submission hold.

That controversial tap has led to a high-stakes rematch in the opening round of the World Grand Prix. Stamp will get her shot at redemption, while Rassohyna will look to prove that her last victory was no fluke. 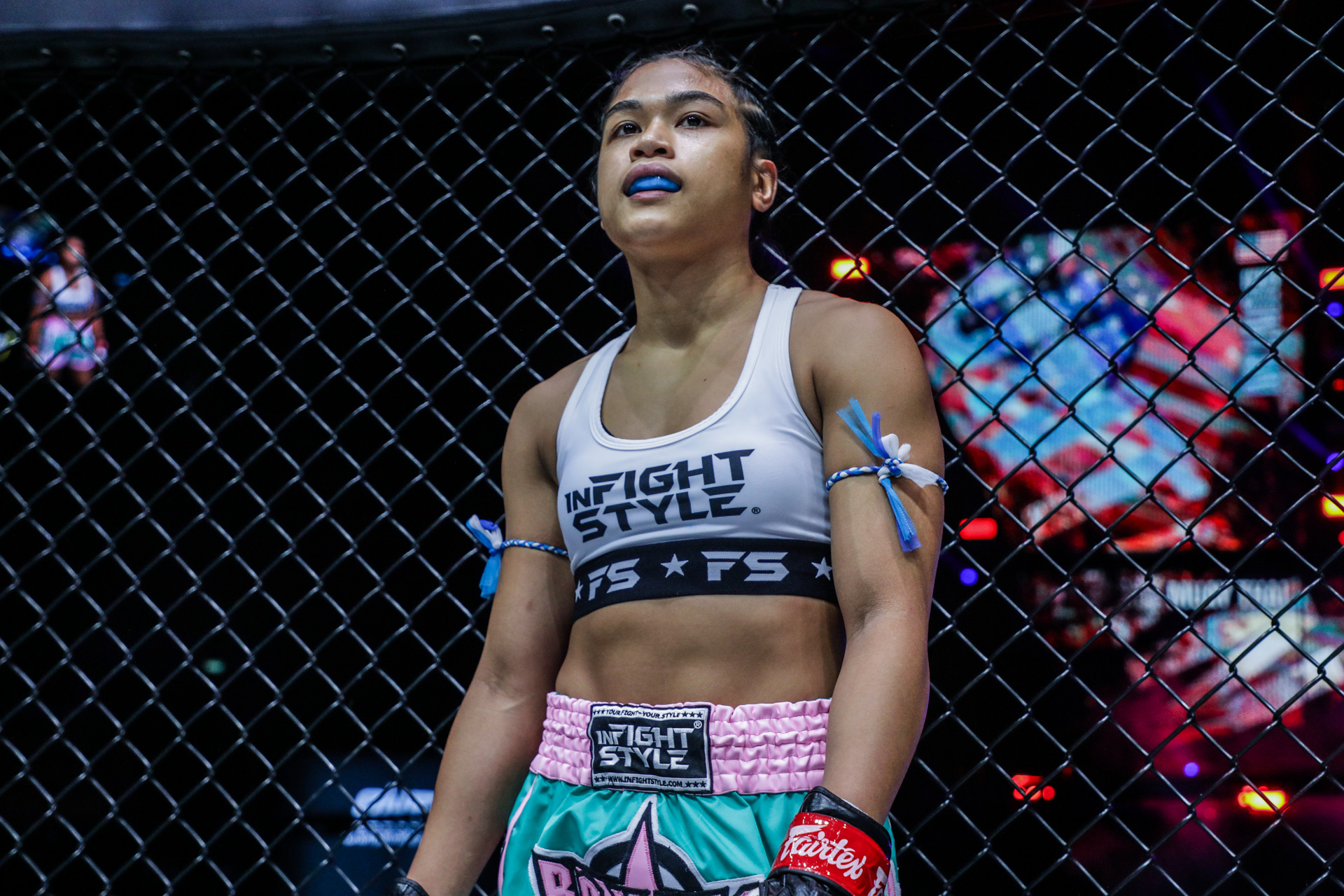 Since making her promotional debut earlier this year, Jackie Buntan has been spectacular on the global stage.

First, the Filipina-American stunned the Muay Thai world when she decimated rising star Wondergirl Fairtex in February, and she then eked out a split-decision victory over Ekaterina “Barbie” Vandaryeva.

At ONE: EMPOWER, the strawweight will look to continue her brilliant 2021 and score the hat trick in the lead card’s headlining bout.

If the Argentine can blemish Buntan’s perfect 2021, then she will become the person to beat in the women’s strawweight Muay Thai division.