Alma Juniku exploded onto the global stage when she pushed ONE Atomweight Muay Thai World Champion Stamp Fairtex to her limits at ONE: LEGENDARY QUEST in June 2019, and she won over fans all around the world with her all-heart Muay Thai style.

Despite being only 19 years old, the Aussie always looks the picture of composure as she enters the Circle with an infectious smile. Then, when the first bell rings to begin her matches, she brilliantly delivers her full repertoire of strikes in “the art of eight limbs.”

It is easy to see why Juniku has amassed an army of fans in such a short amount of time. For this edition of #WomanCrushWednesday, we take a look at three of the factors that have made her one of the fastest-rising stars in The Home Of Martial Arts.

Last night I fought in HongKong???????? against Zaza Sor Aree, dominated from round 1, put a standing 8 count at round 4 and finished the fight by TKO round 5 becoming WBC and IPCC world champion???? I’m so stoked and thankful for everyone’s support! Now to prep for February 9th on #aggression8 ???????????????? #modernwarriormuaythai #sangtiennoigym #servicesquadempire #sharonrichardsphotographics #connectivehealth #forthefighter #muaythai #HongKong #wbcmuaythai #ipcc #worldchampion

Less than a month after her 18th birthday, Juniku added to her haul of titles with her first World Championship victory in December 2018.

The Logan City native defeated Thailand’s ZaZa Sor Aree in Hong Kong to claim the WMC and IPCC Muay Thai World Titles, and she immediately placed herself among the elite female competitors in the sport.

Juniku couples her aggressive style with slick technique, and a full arsenal of punches, kicks, knees, and elbows. That made her the perfect fit for ONE Super Series, which she joined soon thereafter.

These are the best moments! ???? Can’t wait to be back in there, hope everyone is safe! @ONEchampionship @ModernWarriorFightGym #ONEchampionship #MuayThai

Juniku’s road to the top was not an easy one.

First, she made the tough decision to leave soccer against the wishes of her father — who was a former professional player — and moved into combat sports.

Then, the Australian was mocked for her commitment to “the art of eight limbs.” Her peers did not think that it was a pursuit for girls and said she would never amount to anything.

Undeterred, Juniku continued with her passion for Muay Thai, and she used their negativity as fuel for the fire that led her to success.

Knowing the stigma she faced as a young girl with a passion for martial arts, Juniku now wants to use her prominent position to show the next generation that they can get into the sport and reach their goals, too.

Though Muay Thai gyms still feature a majority of male practitioners, female athletes are every bit as prestigious, and it does not mean they have to sacrifice their femininity, either.

Juniku is living proof that you can be a world-class practitioner in the ring and still be whatever you want outside of it.

Finally, check out some of Juniku’s best action shots in ONE Super Series! 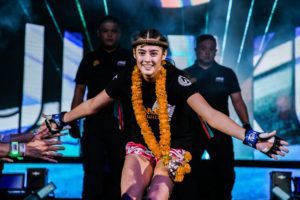 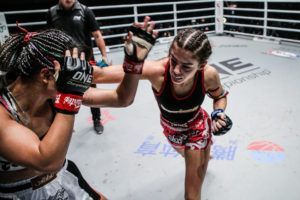 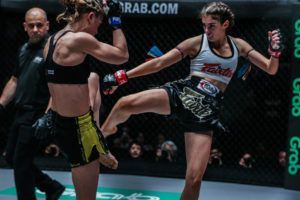 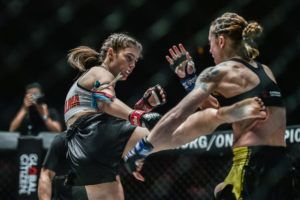 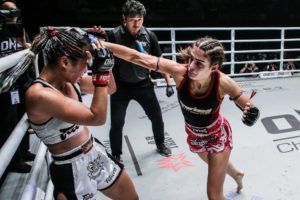 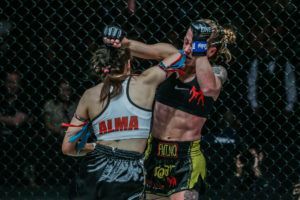 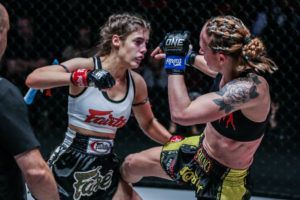