For the past several years, Kazuki Tokudome (18-9-1) was known as one of Japan’s premier lightweight mixed martial artists.

The 31-year-old Tokyo native is renowned for his exciting style, and he even reigned as the Pancrase Lightweight Champion.

Now, after a successful stint in his homeland, he has started a new chapter with ONE Championship in its talent-rich featherweight division.

The Japanese combatant is gearing up for his second promotional bout on Friday, 26 October. He is scheduled to face Emilio “The Honey Badger” Urrutia (11-6) at ONE: PURSUIT OF GREATNESS in Yangon, Myanmar.

Before he steps into the Thuwunna Indoor Stadium for this explosive battle, learn a little bit more about the talented warrior.

Finding His Way With Judo 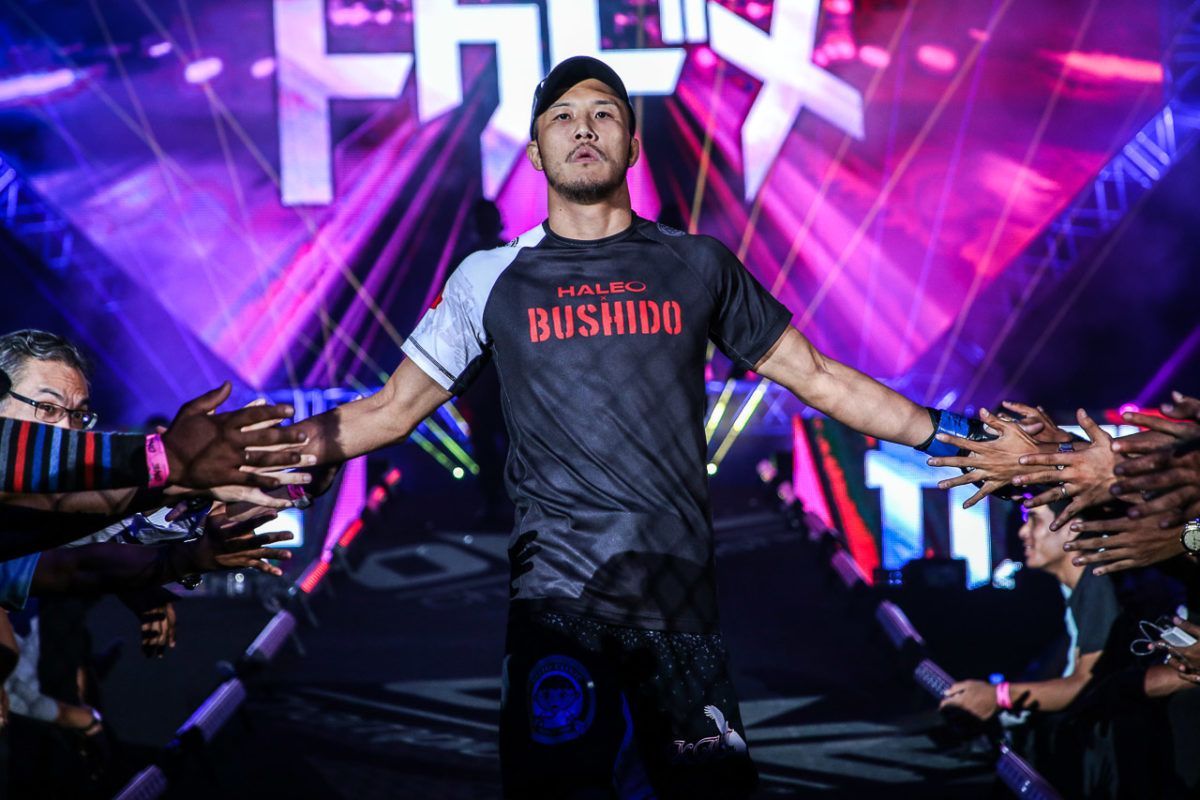 Tokudome was born and raised in Hachioji, a suburb in the western fringe of Tokyo.

Growing up during the golden era of K-1 in the 1990s, he was captivated by the matches showcased by the homegrown kickboxing organization. However, he never dreamed of becoming a professional martial artist and instead gravitated to soccer as his athletic outlet.

“I had played soccer throughout my formative years, but I was never any good,” he says. “By the time I was in my final year of junior high, I decided I had enough.”

With his dreams of a career in the beautiful game gone, Tokudome’s parents pointed him to a nearby dojo that offered judo classes. He was also encouraged by many of his friends who practiced the martial art, and he immediately fell in love with it.

“I had so much fun training in judo, and even after just a year of training, I made substantial improvement,” he adds.

Tokudome soon joined the judo team at his high school, and he was talented enough to compete at prefectural and national tournaments.

Following his high school graduation, Tokudome enrolled in a chiropractic school. With his eyes set on working toward a steady vocation, the days of grinding away in gi seemed to be drifting away into the rearview mirror.

A friend later introduced him to Kiguchi Dojo, a gym specializing in amateur wrestling and submission grappling that counts former PRIDE Lightweight Champion, Takanori Gomi, as an alumnus.

Tokudome started training there during the heyday of Japanese mixed martial arts in the mid-2000s. As a result, he found himself dipping his toes into the sport.

Soon after, however, he left the gym when his focus shifted toward studying for a national license in chiropractic. He found the commute to Kiguchi time-consuming, and as a result, mixed martial arts was pushed to the back-burner.

Mixed martial arts only came back to the forefront of Tokudome’s life when a friend introduced him to another gym near his home – Paraestra Hachioji.

After he resumed his training, he made his professional debut in November 2007 and in the next five years, he compiled an impressive 11-3-1 record, primarily in the Pancrase organization.

Tokudome became known for his iron-clad durability, as well as a powerful left hand that has helped him earn half his 18 career victories via knockout.

The Rise And Fall

Tokudome continued to develop and gain experience in North America, but he came back to the Japanese scene with gold on his mind.

When he returned to Pancrase in 2015, he earned two victories before facing Satoru Kitaoka for the promotion’s lightweight strap that November. After a thrilling back-and-forth encounter, he knocked out the dangerous submission artist to earn the belt that had once eluded him.

The Tokyo native’s reign would not last for long, however. He lost the title in September 2016, and even though he worked his way to a rematch a year later, he fell short of regaining the championship.

Following that second loss, the former champion’s morale plummeted. At that point, he seriously contemplated retirement.

“There was so much riding on that second fight,” he says. 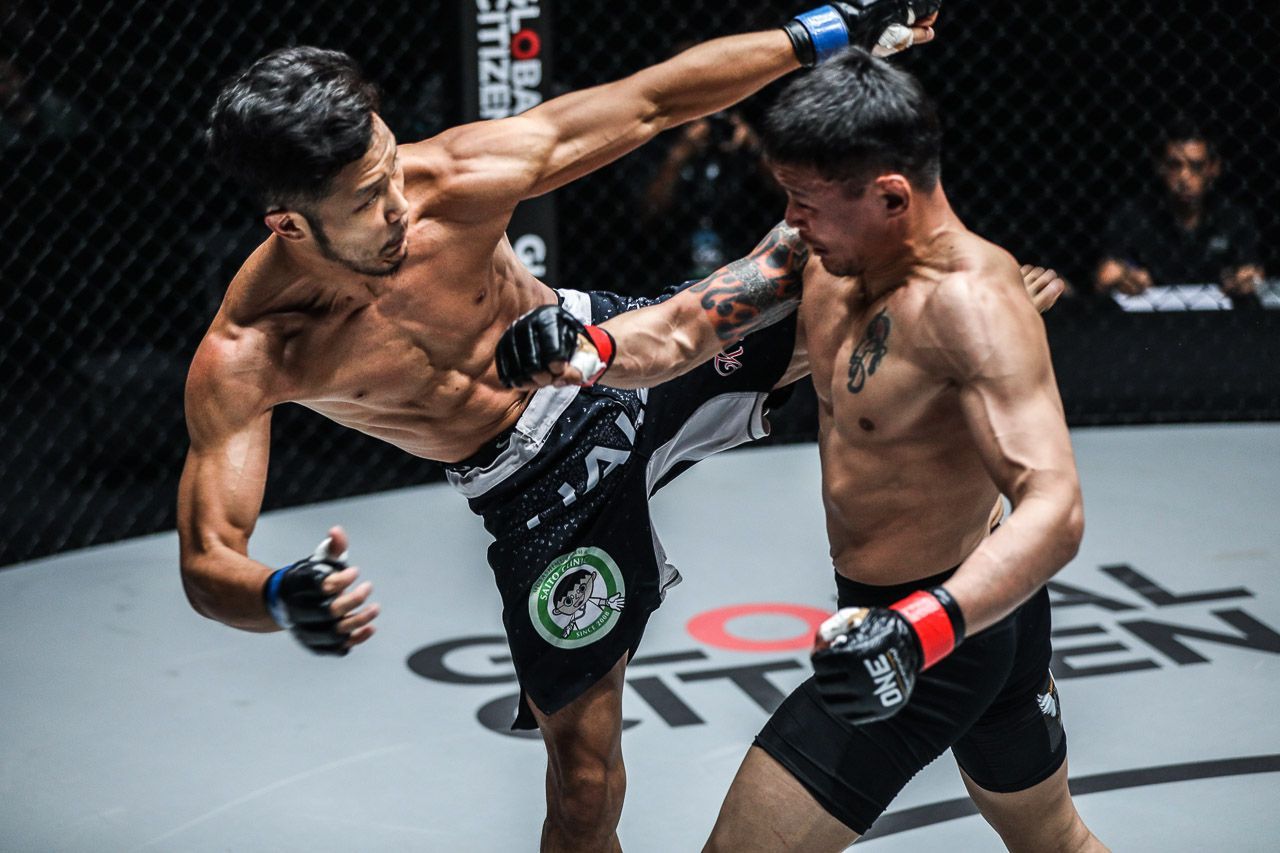 Just a few months after his failed bid to reclaim the Pancrase Lightweight Championship, he stumbled across Craig Jones, Gregor Gracie, and other members of the highly-regarded Team Polaris, who came to Japan to compete in a grappling competition.

Sparring with Jones turned out to be a refreshing experience, and it lit a new competitive fire in the dejected Tokudome.

“I rolled with Craig Jones during training and, my God, he was just so good that I was no match for him,” he confesses. “The experience made me want to compete in grappling.”

Tokudome resumed his training and participated in a grappling tournament. His success helped rekindle his warrior spirit and pushed him back towards the cage.

“The tournament had a really fun, team-oriented environment, and I was the only one who looked so serious and dead focused on winning,” he explains. “It was kind of funny, but I realized what I needed is the challenge of high-stakes, do-or-die competition.”

Two months later, the Japanese warrior opened a new chapter of his mixed martial arts campaign in an organization that would offer him exactly what he was looking for.

“I chose to compete in ONE Championship, first of all, because I want to fight for someone like [ONE Chairman and CEO] Chatri Sityodtong, who truly cherishes his fighters,” he says.

“Also, ONE Championship is awesome in terms of the opportunities to fight top-level competition.

“If I were to compete again, I wanted to compete in an organization with top-level fighters. There is a chance that I will be thoroughly beaten up, but by competing with the cream of the crop, I will know [by the time] I am through with mixed martial arts that I had given everything I had.”