The Russian powerhouse’s warrior spirit means he approaches every battle in the same way – with the determination to score a thrilling finish, or go out on his shield trying.

It is the same way whatever the opponent or the occasion, so when he was offered the chance to welcome four-time lightweight mixed martial arts World Champion Eddie “The Underground King” Alvarez to ONE Championship in the ONE Lightweight World Grand Prix, he did not hesitate to accept.

Alvarez is undoubtedly one of the most dangerous athletes to compete in mixed martial arts, but his 29-year-old opponent smiles with relish when he talks about their impending meeting at ONE: A NEW ERA on 31 March in Tokyo, Japan.

“I realize that beating Alvarez could skyrocket my career and put me in the best position of my life, professionally,” he explains.

“If you look danger in the eye and walk through problems often enough, it becomes a habit.”

The striking specialist has never backed down from a challenge.

His courage in the face of world-class opponents has helped him to perform at his best and become one of the most popular athletes on the ONE roster. Nastyukhin acknowledges that he experiences some feelings of anxiety when he takes on these challenges, but his mettle allows him to overcome them, or channel them to fuel his performances.

“I do not feel fear, but I admit to always getting the nerves before the fight,” he says.

“I think if you don’t feel it, you are most likely sick. Having courage doesn’t mean not being nervous, it means recognizing the danger, but making a step forward anyway, and that’s what I am going to do on 31 March in Tokyo.

“Nerves before the fight can be helpful. They can help you get into the zone. This extra adrenaline can give you the necessary rush, an extra boost of courage. But it brings a danger of burnout, too, if you cannot control your headspace.”

Nastyukhin‘s habit of rising above his doubts originates from his childhood.

When the youngster was picked on by the bullies in a new school when he moved to a new town, he began to learn the importance of overcoming despair and self-doubt.

That was arguably far more difficult than plucking up the courage to compete on the global stage for martial arts – something he chooses to do out of love.

“Some people might think that it’s a brave thing to do – fighting. But maybe it’s just me following my passion, trying to achieve my goal,” he explains.

There was perhaps no better example of his fearlessness than when he stepped into the ONE cage for the first time.

Though he was riding a streak of stoppage wins, he entered the lion’s den at ONE: WARRIOR’S WAY to take on Eduard “Landslide” Folayang in December 2014.

The Filipino was an established superstar who had competed on the global stage of martial arts since its inception and went on to win the ONE Lightweight World Title twice. On this night, he was also backed by a home crowd, but Nastyukhin was not fazed.

The Russian stepped up against the striking phenom, took him on at his own game, and hit one of the most sensational knockouts in ONE history.

“I was there to do my job, I won, and it was my moment – it wasn’t about my opponent anymore.”

He will face Alvarez with the same mindset.

Nastyukhin is also renowned for his warrior spirit. When the going gets tough, he does not look for a way out.

The best example of his ability to battle through adversity came not in victory, but in defeat. Though he has shown courage to recover from danger and win in the cage, his performance in a losing effort to Kotetsu Boku showed more about his strength of will.

During that bout in November 2016, a misplaced low kick resulted in him sustaining a broken shin.

Nastyukhin could have bowed out instantly, but somehow he drew on superhuman levels of resilience to keep battling and finish the round. However, as humble as he is tough, the Siberian hero says his efforts were not down to bravery – he just did not want to taste defeat.

“I often get asked about what I was thinking at that moment. I just remember seeing my leg, realizing it was broken, and saying ‘no’ to myself,” he remembers.

“I was not supposed to lose to Boku – not like this, not in round one.

“I tried to submit him even, pulling together whatever strength I had left. I didn’t want to admit my defeat.”

There is little evidence to suggest Nastyukhin is anything but unshakeable in the ring, but he admits a recent change in his life has brought about more worry than he could have anticipated.

While he may not flinch at any challenge in 4-ounce gloves, his baby girl has scared him more than anything else in his life.

“I don’t feel fear in fights. I stay composed, but it doesn’t mean I never feel fear at all,” he says.

“I only worry about my family – my little daughter and my wife. I can get scared easily when the little one falls or start crying.”

However, his family also fuels his efforts in the cage, where no man will faze him in his efforts to get his hand raised.

That is not because he is more particularly courageous, he says. Nasyukhin is just determined to give his all for his loved ones. 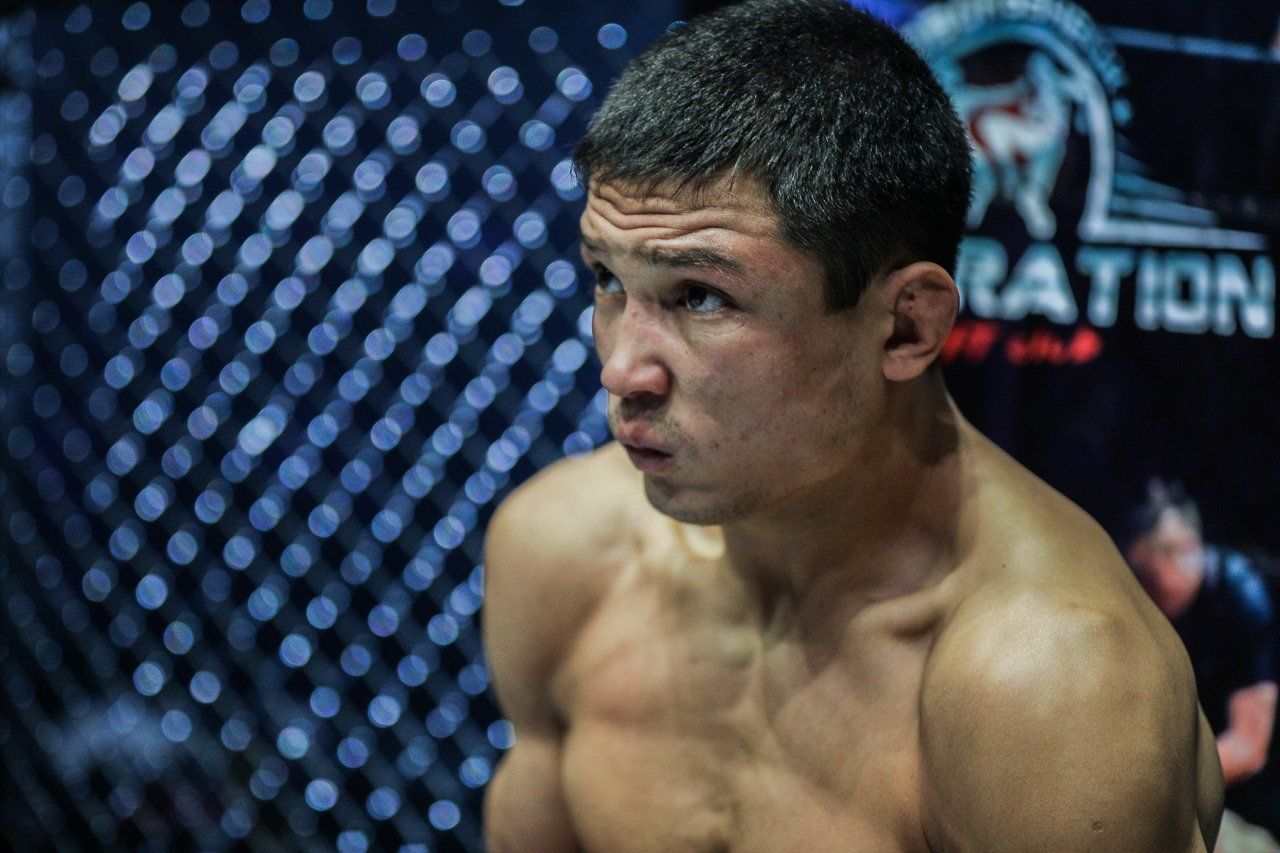 “My life has changed a lot since she was born. When I am in the cage, it just feels like work now. I do it for them,” he says.

“I was brought up on old-school values that a man should be a provider for his family, a strong foundation or a fortress that can protect everyone – something like that.”