Former ONE Featherweight World Champion Honorio “The Rock” Banario of Baguio City, Philippines, has had his fair share of ups and downs in his mixed martial arts career. He’s been to the top of the heap and to the bottom of the stack within the last three years alone.

While he hasn’t exactly been happy with the way he has performed, Banario says the changes he has made in his training is beginning to reap terrific results. Now, the 27-year-old feels as though he is moving towards becoming more of a complete fighter.

“I have made it a point to do what I can to improve my grappling,” said Banario. “Everyone knows my weakness has always been grappling, but that’s what we do, we focus on plugging those holes and erasing our weaknesses,”

“I have been travelling all over the Philippines, visiting various gyms, especially in Manila, working on my wrestling and grappling. Compared to one to maybe two years ago, my grappling right now is much smoother than before. I am a more complete MMA fighter.”

Banario captured the ONE Featherweight World Championship belt in 2013 with a victory over fellow Filipino fighter Eric Kelly in Kuala Lumpur. It was the highest point of his career thus far, but it didn’t last long.

Just months later, Banario’s title reign was cut short as he was knocked out by Japanese fighter Koji Oishi. In an immediate rematch the same year, Oishi knocked Banario out again in stunning fashion.

From then, Banario went on to drop a decision to Narantungalag Jadambaa, as well as submission losses to Herbert Burns and Ev Ting. He had gone from proud champion to loser of five straight in a span of just two years.

Speaking to Banario, you get the sense however that despite the losses, the Filipino warrior had always tried his best to find the positives.

“It was a difficult time for me. Losing so much just takes a lot out of you,” recalls the Filipino. “I had never experienced such a low point in my career before.

“Everyone was doubting me. It was very hard to keep away from the negativity. But true champions take the negatives and turn them into positives. True champions draw strength from defeat. It’s not how hard you fall, but the manner in which you rise again.” 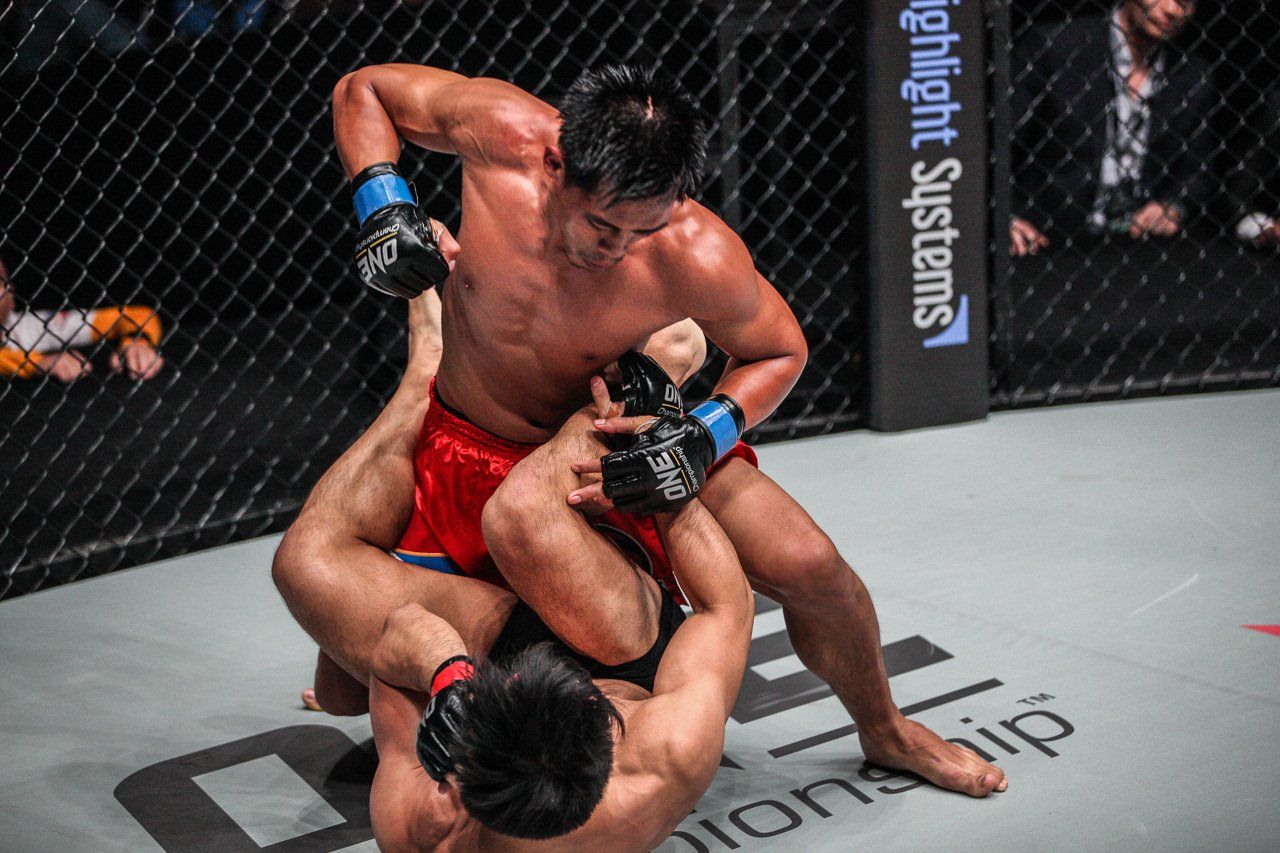 In his two most recent outings, Banario fought valiantly in victories against two well-regarded opponents in Vaughn Donayre and Eddie Ng. In both wins, Banario showcased vastly improved grappling ability, the same trademark Team Lakay wushu striking, and the ability to dig deep in search of victory.

And while the two wins don’t exactly equate to a title-winning performance, it’s most definitely a start.

“I’m a hundred percent ready to go back in there again. In victory or in defeat, I will never stop doing what I love to do,” said Banario. “I never stop training. I train all year round.

“Whether I have an upcoming fight or not, I’m always prepared. True martial artists are always in search of perfection of their craft. I can’t wait to go back inside the cage and show the world how much better I have gotten.”

Banario (10-6) is set to face Indian boxer Rajinder “Knockout” Singh Meena (8-2) in a three-round lightweight contest on the undercard of ONE: AGE OF DOMINATION which takes place Friday, 2 December at the Mall of Asia Arena in Manila, Philippines.