For some of the heroes of ONE Championship, their dreams just turned into reality.

On Friday, 3 November, ONE Championship returned to the Thuwunna Indoor Stadium in Yangon, Myanmar, to hold its latest spectacle, ONE: HERO’S DREAM.

Other local heroes such as Phoe Thaw took a step forward in their respective careers, while some of the promotion’s newer talents had major breakthroughs and established themselves as divisional threats.

Here are just four of the many spectacular highlights from ONE: HERO’S DREAM.

A nation stands tall and united as the ONE Middleweight World …

A nation stands tall and united as the ONE Middleweight World Champion continues his reign!

It was a clash of epic proportions, as ONE Middleweight World Champion Aung La N Sang valiantly squared off against four-time Muay Thai and kickboxing heavyweight world champion Alain “The Panther” Ngalani in the evening’s headlining attraction.

Competing opposite a muscular behemoth and a hulking heavyweight did not faze Myanmar’s favorite son at all. In fact, the “Burmese Python” seemed quite comfortable exchanging heavy leather with Ngalani. 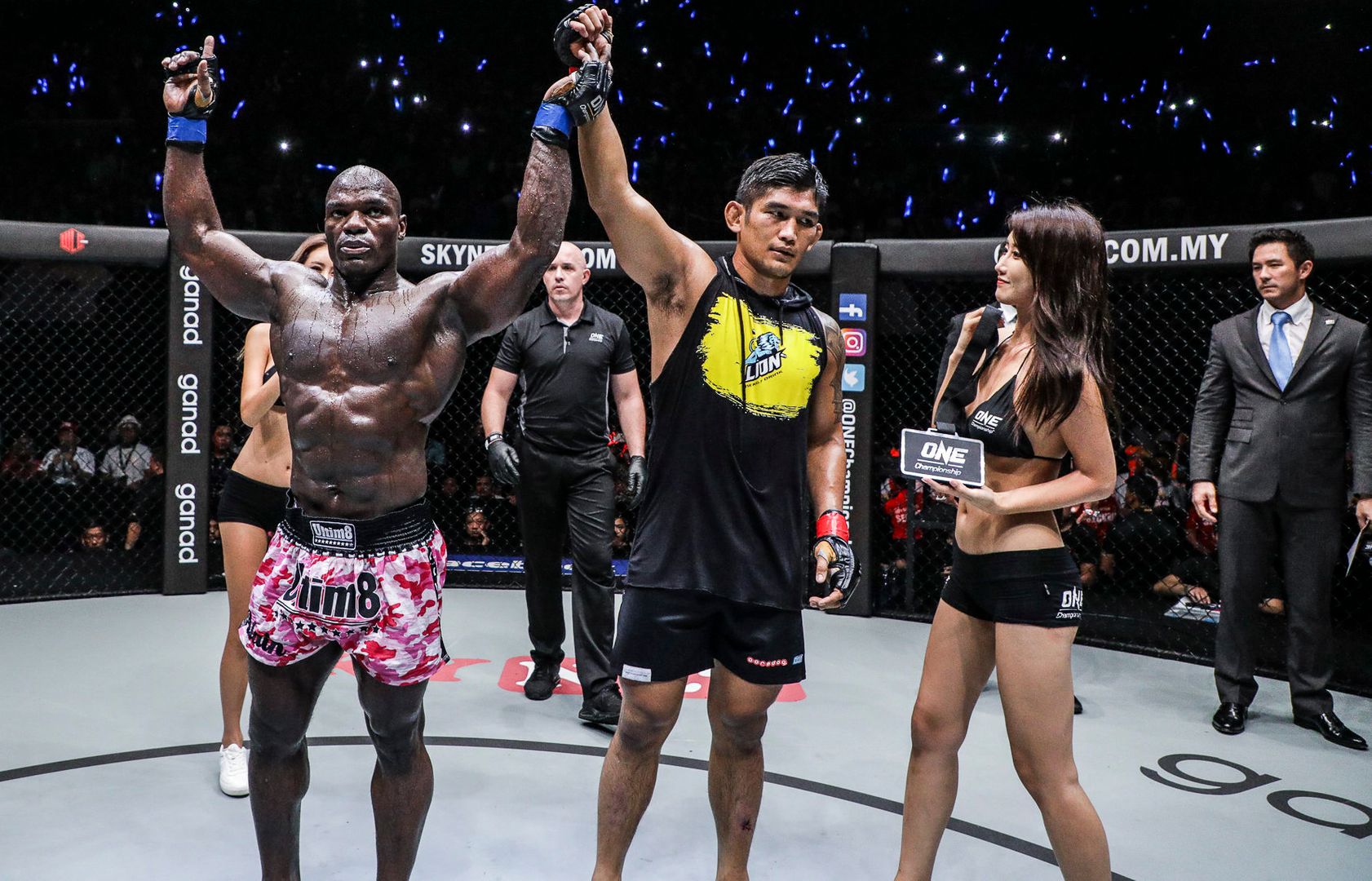 Eventually, matters hit the mat, but it was initiated by “The Panther,” who ended up on top. Instead of standing up and return to his striking prowess, Ngalani opted to try and sap the middleweight world champion’s energy with his strength. Apparently, it did not work, as Aung La N Sang fished for submissions, eventually getting the guillotine choke and the victory in front of his hometown faithful.

However, what was even more impressive to see was the huge respect each athlete had for the other in the cage, as well as their burgeoning friendship.

Before the bout, Phoe “Bushido” Thaw had decimated every one of opponents inside the cage, earning four first-round TKOs to tie the divisional record. But the 2016 ONE Myanmar Featherweight Tournament Champion was pushed to his limits, and nearly his breaking point, by fellow countryman Saw Ba Oo.

In a featherweight clash that was undoubtedly the match of the night, Phoe Thaw and Saw Ba Oo engaged in a back-and-forth affair, which featured powerful striking, non-stop counters, and multiple submission attempts. Because of that, the advantage teeter-tottered between the two martial artists for the duration of 15 minutes. 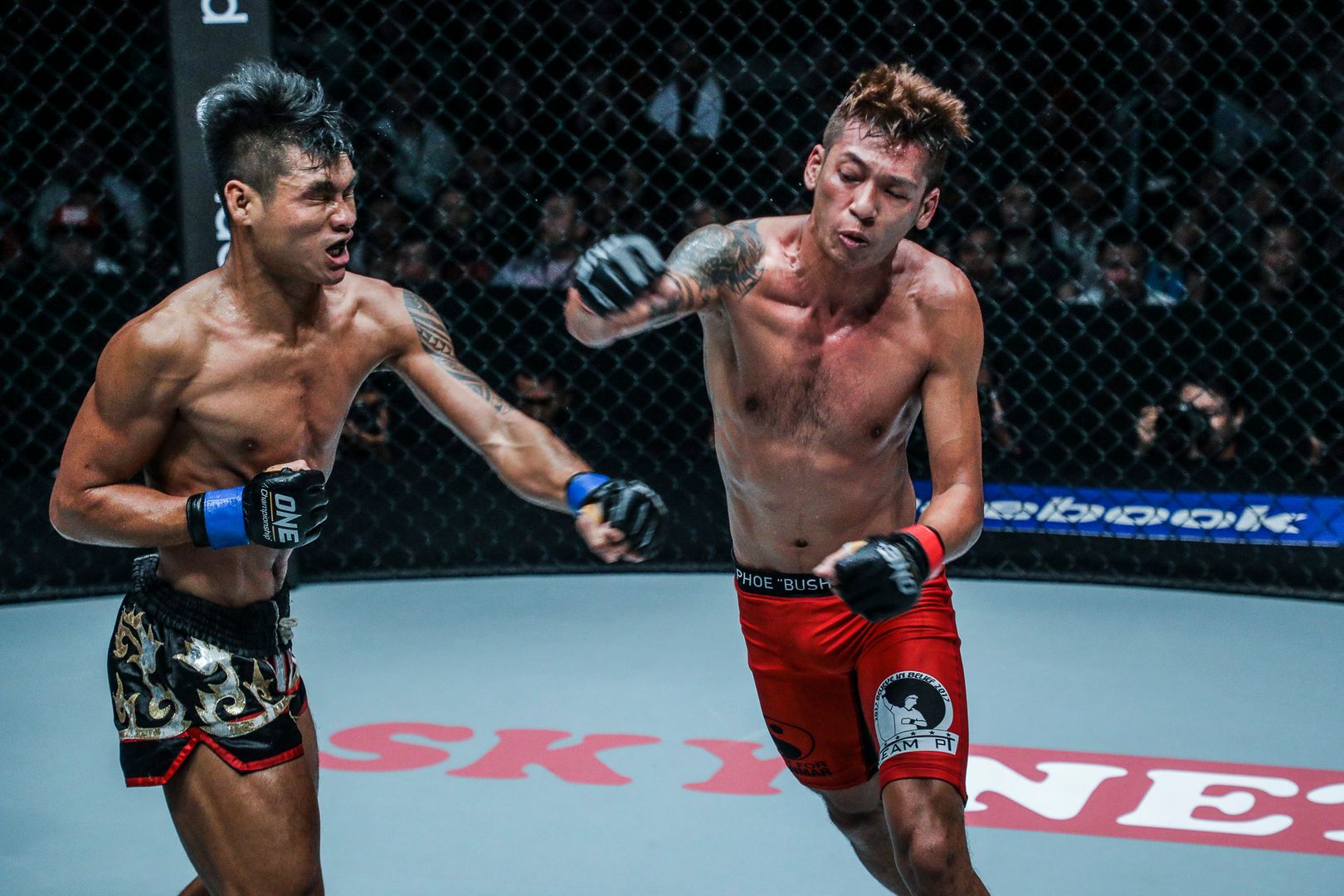 There were a handful of times where both competitors were rocked and on the brink of collapse, but each channeled their martial arts warrior spirit and carried on to the very end. Phoe Thaw stayed dangerous to the very end and did a better job of deploying his more diverse skill set, which ultimately earned him the split decision victory.

With the win, “Bushido” showcased his constantly evolving game, an incredible chin, the ability to move forward even when exhausted, and having the gas tank to go beyond a single round.

Pongsiri Mitsatit has a lot to smile about. The 21-year-old Thai known as “The Smiling Assassin” never truly looked threatened against the tough and durable Jeremy “The Jaguar” Miado. He displayed a slew of skills, solid submission defense, respectable grappling, and of course, the dynamic striking that earned him a Northern Thailand Muay Thai Championship.

What’s more, his awareness was on point, sensing Miado was hurt before going for the finish, all while being careful not to inflict any more damage than was necessary. Mitsatit has certainly emerged from the shadows of other talented Thai martial arts in ONE, and has broken into the upper echelon of the promotion’s strawweight division.

#4 “Supermom” Wins With Another Lightning-Quick Submission

The super warrior, "Supermom" Miao Jie, clocks in the fastest …

“Supermom” Miao Jie is an extremely talented grappler, having just recently earned a bronze medal at the BJJ World Championships. But the way she translates her jiu-jitsu inside the cage is sight to behold.

The phenomenal Chinese heroine is aggressive and relentless in her pursuit of the takedown, as she displayed against her latest victim, Australia’s Amira “The Wandera” Hafizovic. Miao pressed forward until she was able to land a hip toss takedown, and then constantly transitioned from submission to submission until she executed a match-ending armbar.

In the process, Miao broke her own record for the fastest finish in ONE’s women’s history at 45 seconds, which is four ticks of the clock faster than her armbar submission victory over Mona Samir just two months earlier.