“The Terminator” Sunoto will aim for far more than just personal glory when he competes at ONE: CENTURY PART I.

Next Sunday, 13 October, ONE Championship’s longest-serving Indonesian veteran will face “Pretty Boy” Kwon Won Il, and a win could propel him to new heights in The Home Of Martial Arts.

However, his ambitions of winning his way to a World Title shot and representing his country with pride are secondary to his dreams of providing a secure future for his loved ones.

Born and raised in an impoverished family in Blora, Central Java, Sunoto had to end his education after elementary school, as his parents could not afford to pay the fees for him to continue.

Even when he was at school, he had to wear a pair of broken boots he inherited from his father – they were the only shoes they had at home.

Despite the hardship the family faced, the effervescent 34-year-old always has a way of putting a positive spin on things.

“We lived in a house made of gelam [weeping paperbark], which always got us into trouble during the rainy season, but we were grateful as it was still better than a house made of bamboo,” he says.

“When I was a kid, all we had for breakfast was gethuk [a traditional Indonesian snack made of cassava] made by my late grandmother because we couldn’t afford to buy rice. It tasted awful because you had to eat that every day, but we had no other option.”

“The Terminator” also sees a silver lining because of the way his hardship made him into the man he is today.

No matter the challenge he faces in the Circle, or the exhaustion he feels when he is training hard for a bout, nothing can compare to the daily struggle of his youth.

Because he could not stay in school, Sunoto had to find a job at a very young age to survive and help his family live day-to-day. They relied on him because his younger brother cannot look after himself.

The IndoGym and Team Phantom representative describes how his sibling is mentally impaired and has trouble communicating, so he could not attend school, or hold down a job and support himself independently.

Sunoto went to work as a shepherd and a courier for a laundry cleaning service provider in the neighboring city of Surabaya. It was not glamorous work, but it led him to a life in martial arts.

Destiny took him to a taekwondo gym in an alley in the corner of Surabaya while he was making his rounds, and his curiosity drove him to learn more about the sport.

He became hooked, and started to spend however much of his time and hard-earned money he could spare to pay for his training. 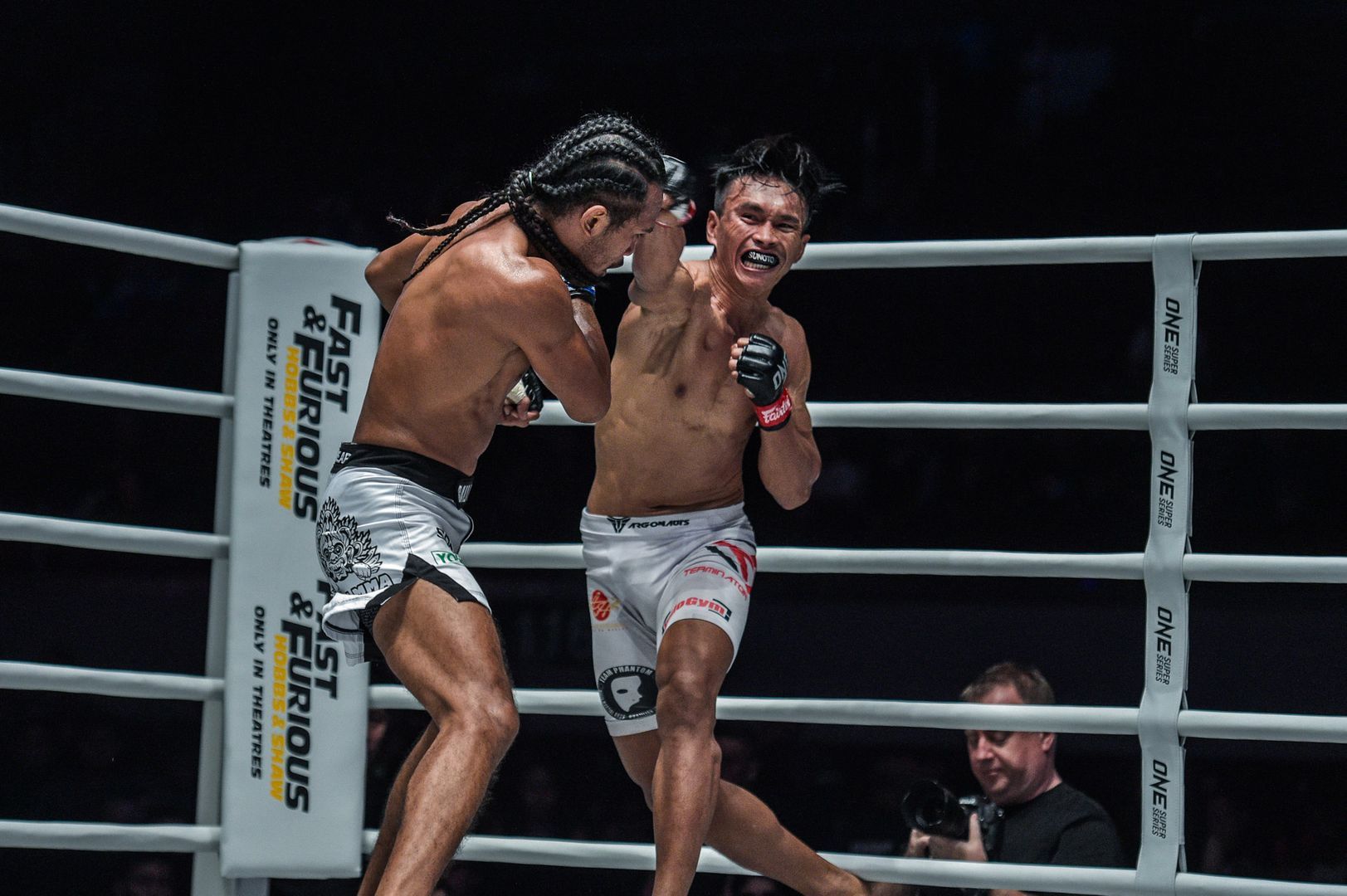 “I trained at night so it wouldn’t disturb my work,” he explains.

“I competed at my first tournament shortly after that, and then I learned other disciplines like BJJ.”

When the “The Terminator” outgrew the training he received at home, he moved to Jakarta in 2012 to pursue his martial arts dreams, and he has been based there ever since.

He believed the money he could make as a professional mixed martial artist would far exceed what he could in any of the traditional disciplines. That proved to be correct when he won his first two professional bouts, and was snapped up to compete on the global stage.

Sunoto has gone on to have 15 bouts in the world’s largest martial arts organization – more than any other Indonesian, and a number that is only bettered by five other athletes.

At the age of 34, he is nowhere near finished yet, and he will continue to push for more success on the global stage to inspire the youth of his nation and his brother, and secure a prosperous future for his family.

“My ultimate dream is to go back and live in my hometown of Blora,” he says.

“I only want him to be independent and be able to protect himself. That would make me happy.”