With 15 years of competition experience and multiple world titles to his credit, Sergio “Samurai” Wielzen has proved he is one of the world’s best strikers.

This Friday, 18 May, the Dutch-Surinamese athlete will put his explosive skills to the test when he faces Sam-A Gaiyanghadao for the inaugural ONE Super Series Flyweight Muay Thai World Championship at ONE: UNSTOPPABLE DREAMS in Singapore.

Before they engage in this historic bout, find out a little more about the Muay Thai star.

From Suriname To Amsterdam

Just like many other great Dutch kickboxers, Wielzen’s heritage is Surinamese. He was born in the South American nation and raised there until he was 8 years old.

Life in Suriname was perfect for such an adventurous youngster. His mother moved from the city to the country when she married his father, and they raised their children in rural areas. That gave Wielzen a chance to explore the lush world around him.

“It was almost like ‘The Jungle Book’ story – I was Mowgli,” the 30-year-old jokes. “I had a crazy amount of freedom for a kid. I would be fishing, climbing trees, and catching birds– all that sort of stuff.”

Wielzen’s parents split up when he turned eight, and his mother then moved to Holland with her two children.

It was a huge change of pace for young Sergio, which he didn’t like at all, at first.

“My mum is the boss, and she decided for me and my brother,” he explains. “I was a bit flabbergasted. It was so cold. I was not happy about being there, and school was a big change of environment from the slower pace in Suriname.”

His disdain did not last forever, though. “Samurai” soon settled into his new surroundings and met new people, some of whom remain his closest friends to this day.

Wielzen did not have any particular hobbies as a kid. Instead, he found amusement with his friends in whatever shenanigans they could get into.

However, he always had a fascination with martial arts. The youngster watched documentaries about old samurai warriors and Shaolin monks, but his curiosity was piqued when he saw a documentary on female Muay Thai athletes.

A relative offered to take him to his gym, where he saw the likes of Tyrone Spong and Alistair Overeem training ferociously. That is what really sparked his interest.

“From that day, I fell in love with the sport,” he says. “It looked like (Japanese Anime series) ‘Dragon Ball Z’ to me, and I was amazed.”

Wielzen had a rocky start, as he was forced to put his training on hold at times when money was tight, and he could not afford the gym fees. However, he was always thinking about Muay Thai, and after a couple of years of fairly consistent practice, he made a successful debut in the ring.

“I won my first bout by stoppage,” he recalls. “The other guy’s corner pulled him out because I was putting it on him. It was a great feeling.”

From then on, he was 100 percent committed to his martial arts career.

Several days before one of the biggest matches of his career, Wielzen got into a terrible accident.

Exhausted after a tough training session, he happily accepted a ride home on a friend’s scooter, but the Amsterdam rain made for treacherous conditions. They crashed, and Wielzen was thrown off the bike onto the concrete.

“I put my hands out to try and break my fall and badly damaged them,” he explains. “I also badly damaged my hip, so kicking and punching was difficult.”

Wielzen could easily have been forgiven for withdrawing from the match, but his pride and warrior spirit would not allow it.

“Me and my opponent were the only guys on the poster,” he adds. “I could not cancel. It was a big deal. It was one of my weak points – injured or not, I just continued.”

Although he lost the contest via decision, he left the ring having shown his courage, knowing that he could still put on a good performance. His heart carried him through, even if his body was compromised.

“I did what I could with what I had. Mentally, it made me much stronger,” Wielzen says. “I know if I believe in myself, I can do anything. You can knock me down and hurt me, but I am not going to stay down. I am going to stand up and keep coming.”

The Sityodtong Amsterdam representative’s mindset has pushed him to succeed. His tenacity and drive have kept him going through times where others might have thrown in the towel.

Though he is proud of his accomplishments, he constantly has an eye on the future.

“I always see the next bout as the biggest one,” he explains. “I dedicate myself to each one. That is my mindset. There are a lot of things you cannot control in life, but I knew I could do something big in this sport if I kept my focus.”

Now, he is focused on ONE gold.

On 18 May, he will challenge Sam-A Gaiyanghadao, a living legend of Muay Thai, for the inaugural ONE Super Series Flyweight Muay Thai World Title.

If Wielzen is victorious in Singapore this Friday, he will immortalize himself as the first-ever ONE Super Series titleholder – an honor no one will ever be able to take away from him.

“This is going to be the biggest title I will be taking home,” the confident warrior says.

“The opponent and the title give me a lot of motivation and a lot of focus. ONE Championship is a crazy big organization, and they will give me the chance to show the world what I can do.” 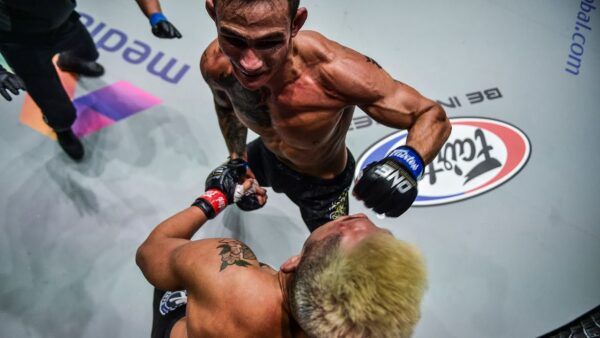