ONE events are known for their all-out action, and there is never a shortage of compelling bouts. Let’s take a look at some of the best fights of the past quarter in ONE Championship.

#4 Vincent Latoel Perseveres To Beat A DeterminedVaughn Donayre at ONE: QUEST FOR POWER 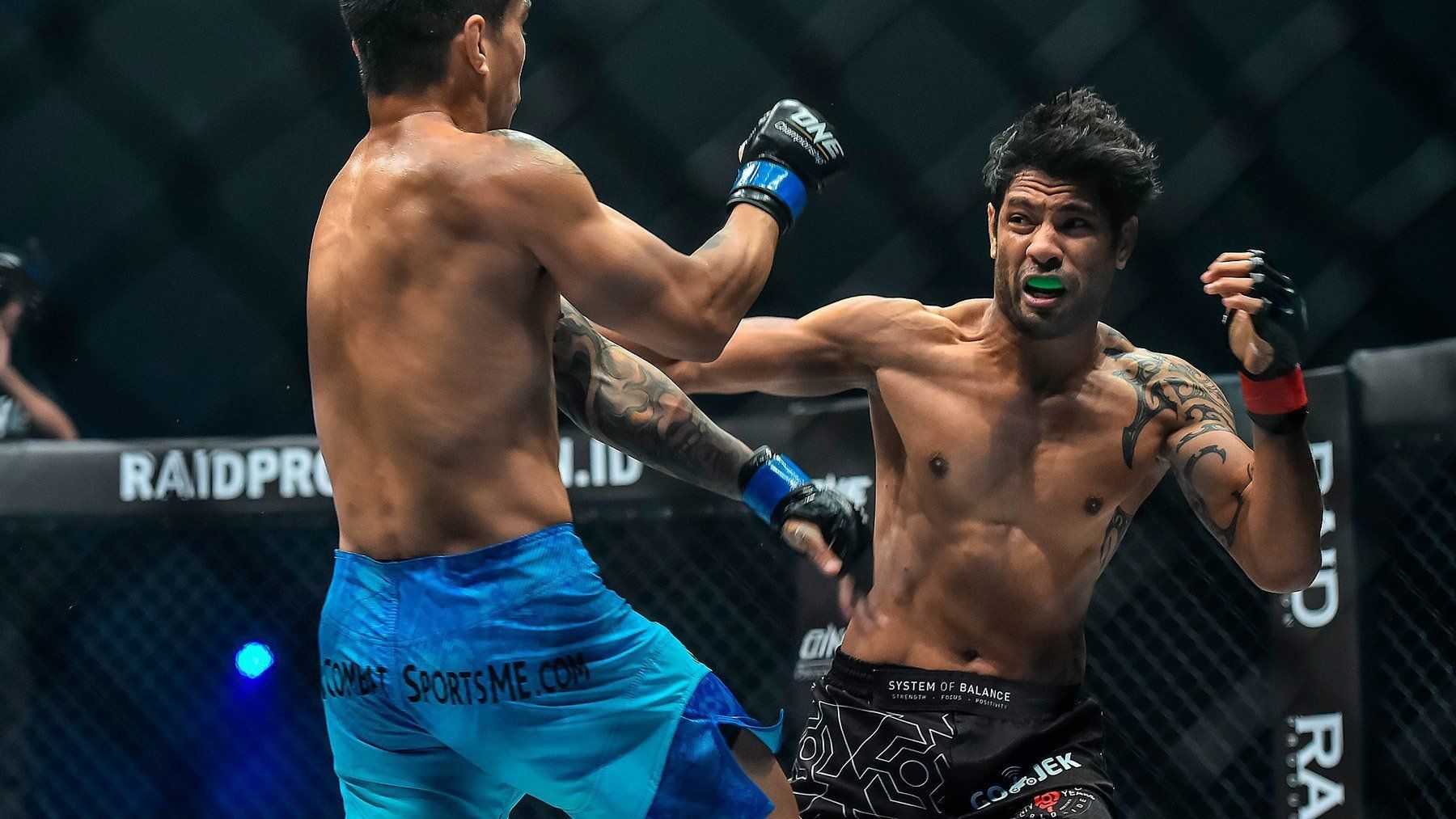 Vaughn Donayre may have come up short several times inside the ONE Championship cage, but that hasn’t stopped him from giving everything he has into each and every fight.

Against Vincent Latoel, he nearly got the win, threatening with various submissions while showcasing his grappling chops. But the hometown hero would refuse to lose, cutting the Filipino off at every corner by utilizing his striking advantage and unwavering heart.

Each time Donayre put his offense together, Latoel was right there to put a stop to it and impose his own will and gameplan. As it soon became evident that the two fighters were evenly matched up, the fight would come down to who was better conditioned.

In the end, Latoel had just a little more to offer than Donayre, earning a unanimous decision for his efforts. The fans were the real winners, though, as it was truly an entertaining contest.

#3 Ev TingOutlasts A Game Kamal Shalorus at ONE: THRONE OF TIGERS

In a performance that earned him a shot at the ONE Lightweight World Championship, Ev “E.T.” Ting took on MMA veteran Kamal Shalorus, who missed weight for their matchup. Despite Shalorus’ actions, Ting chose to soldier on and push through with the fight.

What happened next only served to send the Malaysian’s star rising.

Ting and Shalorus went to absolute war, grinding for three whole rounds. While Shalorus certainly scored on some heavy blows, it was Ting’s constant activity that kept him ahead on the scorecards.

Showcasing an acute well-roundedness, Ting battled through adversity and outworked his more experienced foe en route to a hard-earned split decision. Because of his inspirational performance, Ting now faces reigning ONE Lightweight World Champion Eduard Folayang in Manila this April.

One of the most promising fighters today, Joshua Pacio of Team Lakay, recently removed from an unsuccessful title challenge against reigning ONE Strawweight World Champion Yoshitaka Naito, found himself in the cage against former champion Dejdamrong Sor Amnuaysirichoke.

What ensued was a classic “youth versus experience” showdown. The young Pacio dominated the first two rounds, taking Amnuaysirichoke to the ground repeatedly to avoid the Muay Thai legend’s powerful strikes. On the mat, Pacio completely outclassed the Thai fighter with effortless transitions and unrelenting ground-and-pound.

In the third round however, Amnuaysirichoke came alive and lit Pacio up with a wide variety of Muay Thai combinations, nearly stopping the young Filipino warrior. The late rally brought the crowd to its feet, but it was too little, too late, as Pacio was able to come away with the split decision victory.

#1 Vitaly BigdashDominates A Tough And Durable Aung La N Sang at ONE: QUEST FOR POWER

When ONE Middleweight World Champion Vitaly Bigdash’s original opponent was unable to compete in Jakarta, it was Myanmar’s favorite son, Aung La N Sang, who stepped in as a last-minute replacement.

Going up against Bigdash, however, was certainly more than just a daunting task. Bigdash, one of the most well-rounded middleweights in MMA, possesses tremendous strength and wrestling ability as well as powerful striking. Those skills would be on full display for five whole rounds.

Bigdash dictated the pace and dominated the fight from start to finish, punishing Aung La with powerful blows from all angles and overpowering him with famed Russian wrestling.

Aung La just wouldn’t go down, and in an inspiring display of heart, the Myanmar hero persevered to the end in a unanimous decision defeat to the reigning champion.