Ever since joining ONE Championship in early 2019, “The Kicking Machine” Superlek Kiatmoo9 has dreamed of becoming a ONE World Champion.

This coming Friday, 11 September, he’ll get the chance to further that cause when he battles Tunisian star Fahdi “The Gladiator” Khaled at the previously recorded ONE: A NEW BREED II in Bangkok, Thailand.

Ahead of that ONE Super Series kickboxing flyweight tilt, the 24-year-old Buriram native recalled his Muay Thai roots – and how the sport changed the trajectory of his life.

“I have been training since I was 7 or 8 years old,” he says. “My family is a Muay Thai family. My brothers, my relatives, they are all boxers.”

One of those relatives, a fighter by the name of Panomrunglek Kiatmoo9, inspired Superlek’s late grandfather to enlist “The Kicking Machine” with the Pride Of Moo 9 gym in Buriram.

“My grandfather wanted me to train like him. I got to know Muay Thai because of [Panomrunglek],” Superlek says. “When I saw my older relatives train, I felt happy. I wanted to be like them.”

In addition to emulating his family members inside the gym, Superlek began competing like them outside of it. He made his Muay Thai debut at a local festival, and with that, “The Kicking Machine’s” itch to compete only intensified.

“There was a boxing event near my home. My brothers took me to the event, I got to fight, and I liked it. After that, I went there again for four, five more matches,” he says.

Following a handful of wins, Superlek realized the sport could potentially change his family’s financial situation. He dedicated his life to becoming a professional in “the art of eight limbs” and was soon able to afford the basics that often evade those living in rural Thailand.

Before long, the man from Buriram began to dominate in the sport.

Along the way, he also compiled an astonishing professional record of 125-28-2.

Those accolades have given Superlek opportunities he never dreamed of having – and he remains forever grateful.

“It has helped me build a family. I got to know my family because of Muay Thai, and my family has survived until now because of it.”

Superlek is no longer just surviving, however. These days, the man with the most dangerous kicks in his division is the #2-ranked flyweight kickboxing and Muay Thai contender in the world’s largest martial arts organization.

Inside the ONE ring, he’s defeated the likes of Lao Chetra and Rui Botelho. Most recently, he avenged three previous losses to longtime rival “The Angel Warrior” Panpayak Jitmuangnon by scoring a unanimous decision victory at ONE: NO SURRENDER in July. 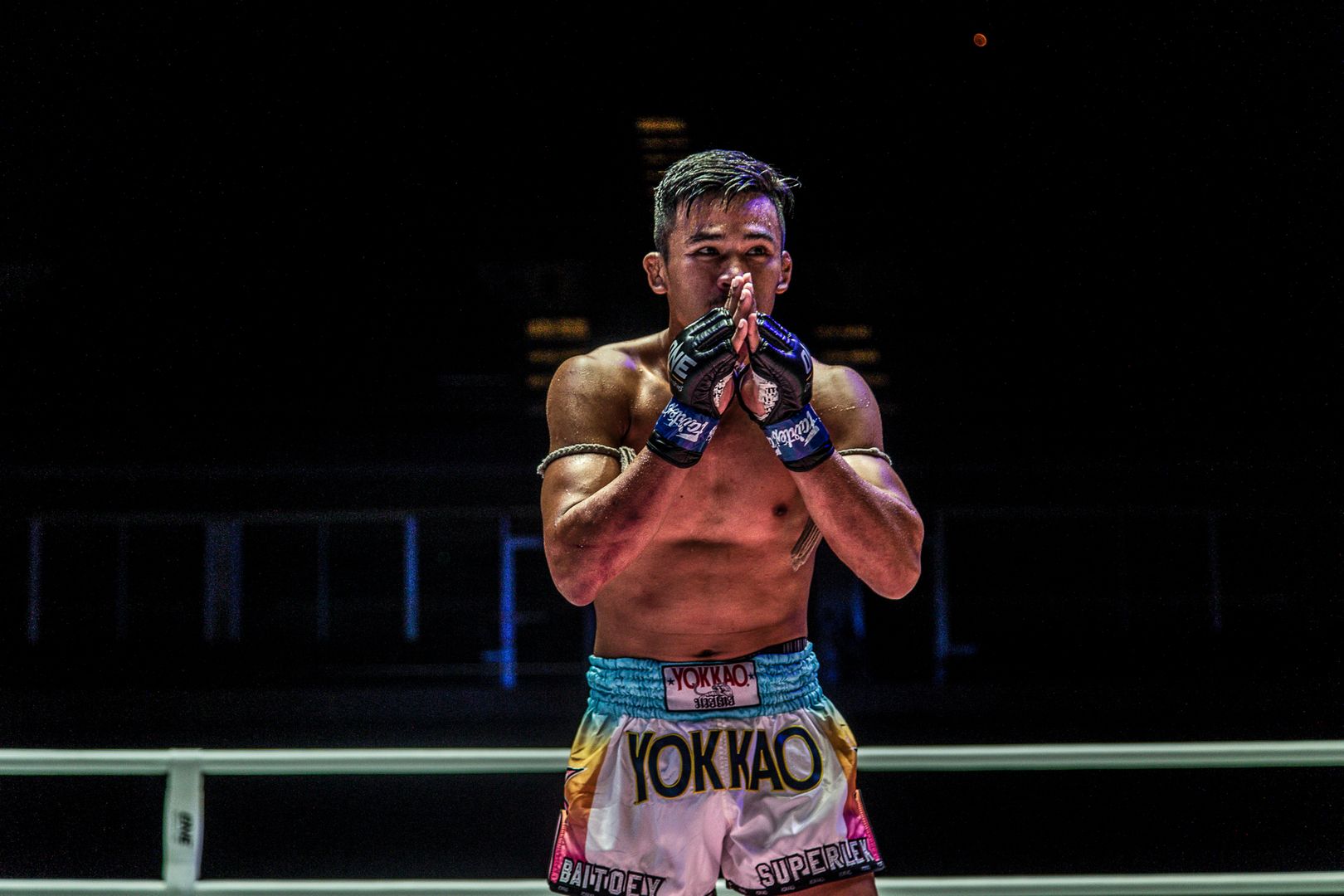 Still, Superlek has one more dream to achieve in order to bring his combat sports journey full circle – a dream that will require him to get past Khaled, who is looking to make his own mark on the division.

“My goal in ONE is to become a World Champion. I want to compete for the championship,” the Buriram native says.

“To be able to hold the World Championship from ONE – it’s a world-class stage, and every fighter wants the title.”