Long before Superlek Kiatmoo9 emerged as a star in ONE Championship, he was forced to overcome a dark period in his personal life.

The flyweight phenom was born into poverty in a small village in Buriram, Thailand. He never knew his father and was raised by his grandparents while his mother performed menial labor in the country’s capital.

Then at 16 years old, tragedy struck.

Superlek’s grandfather – the central father figure in his life and the man who had gotten him started in Muay Thai – suddenly passed away.

The young prodigy was devastated.

“It was very discouraging at the beginning and I was very tired. I had to start over. I didn’t know what to do,” he says. “It was a very exhausting time for me. It was like I couldn’t do anything right.”

Despite his personal struggle, Superlek knew he had to keep going. The youngster quickly returned to Muay Thai competition in hopes of proving that he was already a champion at heart.

“I remember I already had a fight at Omnoi Stadium booked, and I didn’t drop out. It was just a week after my grandpa had died and my mind wasn’t there like before,” he recalls. “I fought on Channel 3 and won.”

But following that victory, there were more obstacles in Superlek’s path. Soon after his grandfather died, his grandmother passed as well.

“It was a very difficult time for me,” he says. “I was left to raise my little brother, and felt like I couldn’t do anything right. We lived alone.”

For Superlek, the moment of truth had arrived. Along with continuing to provide for his family, he now had additional roles – brother, father figure, and caretaker – to fill.

“We had to wash our own clothes, so I had to teach my little brother to help with laundry, cleaning, and cooking,” he says. “When my grandma died, I had to learn really fast how to manage my own money.”

On top of all that, Superlek also had to manage the responsibilities of being a professional Muay Thai competitor.

At just 16 years of age, he had already been named Sports Authority of Thailand Muay Thai Fighter of the Year and was a Lumpinee Stadium Muay Thai World Champion.

Fortunately, he had the full support of the Kiatmoo9 Gym behind him.

“I was lucky to have Muay Thai because it kept me focused,” he says. “The gym was there to support me, and remind me to stay on the right path.” 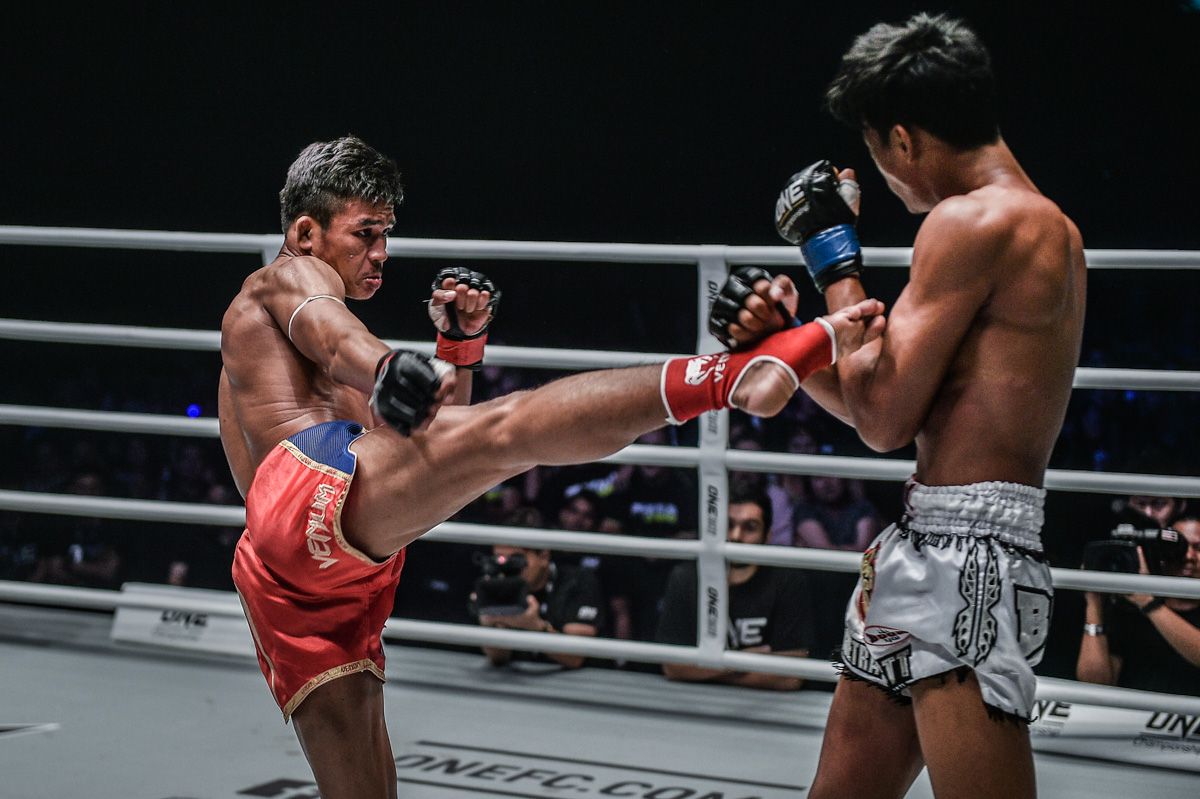 Also, the Buriram native was motivated by the success of the veteran athletes around him. Even when Superlek felt down, their accomplishments and words of encouragement lifted him up.

“There were times I’d get discouraged, but I just had to keep going,” he adds.

Now, as the #2-ranked flyweight in both the ONE Super Series Muay Thai and kickboxing divisions, it’s safe to say Superlek has already reached heights that would make his grandparents proud.

Read more: How A Neighborhood Gym Turned Superlek Kiatmoo9 Into A Superstar