Malaysia’s Keanu Subba is proud to represent his homeland in ONE Championship, but it is likely he would not be where he is today without his incredible story of teenage independence in America.

The Monarchy MMA representative – who will return to action against Ryogo Takahashi atONE: FOR HONOR in Jakarta, Indonesia on Friday, 3 May – can thank those formative years in North America for his current standing in The Home Of Martial Arts’ featherweight division.

As a well-traveled 24-year-old, the Kuala Lumpur native can draw on his experiences in a lot of countries and cultures, but the time he spent in the USA as a teenager was critical in molding him into a successful martial artist, and developing his warrior spirit.

Posted by ONE Championship on Thursday, April 25, 2019

Subba left Asia a decade ago along with his brother – ONE flyweight Gianni – to go to high school in Salt Lake City, Utah.

Their mother – a Malaysian national – traveled with them on a temporary visa to help them find their feet in their new home, but things took a bad turn just as her stay was about to end.

“We were born in Hawaii, so we had citizenship, and our parents wanted to send us to school. They had a friend who was a probationary officer who lived there who said they’d take care of us.

“The guy’s wife didn’t like me and my brother, and she said we had to move out. My mom only had a few weeks left on her visa when this happened, so it was a tough time for her, but Gianni was confident that he could take care of me, and she trusted him.

“We moved into a one-bedroom apartment 30 minutes away from our school, and we survived. My dad sent money every month, and Gianni had a side job to keep us going.”

Can anyone stop Keanu Subba on the ground? ????

Can anyone stop Keanu Subba on the ground? ????Download the ONE Super App now ???? http://bit.ly/ONESuperApp

When their mother left America, they had to fend for themselves, and Subba credits his older brother for keeping them afloat – he cooked their meals and ran the house while he studied and tried to earn some money.

Subba had his own battles to face, and they were defining moments in his young life. In junior high, separated from his brother, he was the victim of discrimination, but it brought out his courage.

“I think there were only five Asian kids out of 2000 students,” he explains.

“The other Asian kids would always get called names and just laugh it off. I wouldn’t let them do it to me, and I stood up for myself, so I got into a couple of fights.

“One day when I was in ninth grade, I got into a fight with an 11th-grade kid who had picked on me, and I beat him, then I became pretty famous in school. It got easier after that.”

The bullies did not know that the Subba brothers had taken a keen interest in mixed martial arts. They bought gloves in Walmart and scoured the internet for videos of bouts and technique breakdowns so they could learn the sport. 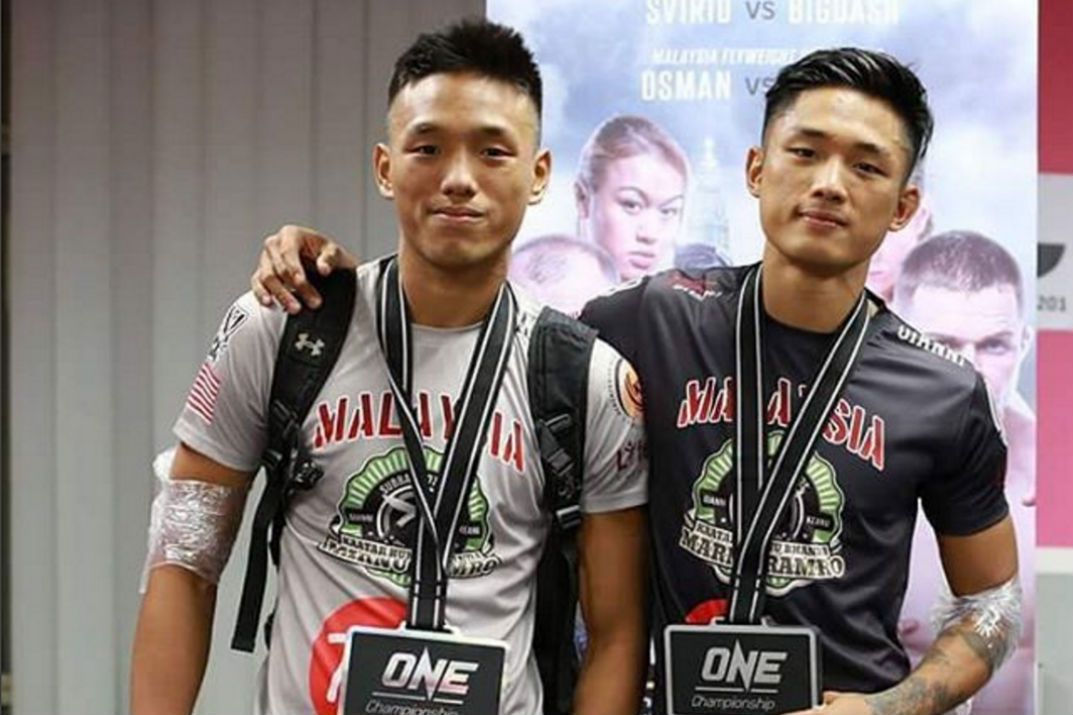 This was the start of their love for the game, and it has never waned – even if their training is a little more sophisticated these days.

“The only gyms were too far away for us to get to, so we would just go at it in the back yard. We had bleeding gums and everything because we had no mouthpieces.

“We thought, ‘Wow, this is fun,’ and just continued to train and learn on our own.”

After four years, Subba’s time in America came to an end due to some tragic family circumstances, but he is still grateful for the lessons he learned and the people he met.

The surging featherweight found his passion in life and learned how to stick up for himself. He was also thrust into a high-pressure situation and forced to adapt.

All of those experiences and the lessons he learned helped to forge him into the world-class martial artist he is today.

“It was a completely different culture. It was really cool to experience all those things and, all in all, it was a really positive experience,” he says.

“The teachers and the counselors were all really helpful, and they really tried to look out for me. I was really grateful to have met them.”

Subba returned to Malaysia where he began his mixed martial arts career in earnest and became a national amateur champion. He then translated his skills into the pro ranks in the world’s largest martial arts organization.

He is reaching the peak of his powers training at Monarchy MMA back in his homeland and has a huge match-up ahead of him, but he has some unfinished business in the USA.

“I had to come back [to Asia], but everything happens for a reason, and I’m here where I am today,” he says.

“I feel like it’s inevitable that I’m going to go back to America one day. Maybe in the next one or two years, I will go back there to train and upgrade my skills.”