Two years removed from unsuccessfully challenging for the ONE Lightweight World Championship, “The Prince Of Persia” will renew his quest for gold on 10 February.

The Iranian will square off against top contender Ev Ting in the main event of ONE: THRONE OF TIGERS at the Stadium Negara in Kuala Lumpur.

“Ev is a good fighter, but he never fought a tough guy like me. He has never faced a fighter like me. I am going to put him in the cold water, and he has never experienced a fight in cold water,” the 39-year-old says.

Shalorus has a clear vision and an unbreakable determination. Then again, he has always possessed that force of will, and it led him all across the globe.

Raised on a sheep farm in East Azerbaijan, a northwest Iranian province which borders Armenia and the Republic of Azerbaijan, Shalorus grew up in relative solitude. The nearest resident lived miles away. He even half-jokes that wolves were his closest neighbor.

However, it was on the farm where, unbeknownst to him, the seeds of mixed martial arts were planted. Like other Iranians dating back to ancient times, Shalorus was drawn to wrestling. His father and older brother were wrestlers, and he followed in the tradition. In fact, wrestling was so big in their community, there was an end of harvest celebration which culminated with a grappling contest.

“When we finish the farming [season], they bring a huge plaque and people know the wrestling tournament is coming,” he begins. “Everyone from all around the region comes together, and the prize is a huge cattle, or like 10 sheep or two horses.

“Whoever becomes the champion of their area, they get the prize. For two or three days, they eat, they party, and they wrestle. It is amazing.”

Shalorus proved to be a highly-regarded wrestler. As a teenager, he made the junior squad and claimed the Iranian National Junior Championship in freestyle wrestling. From there, he traveled and represented the country in various competitions. 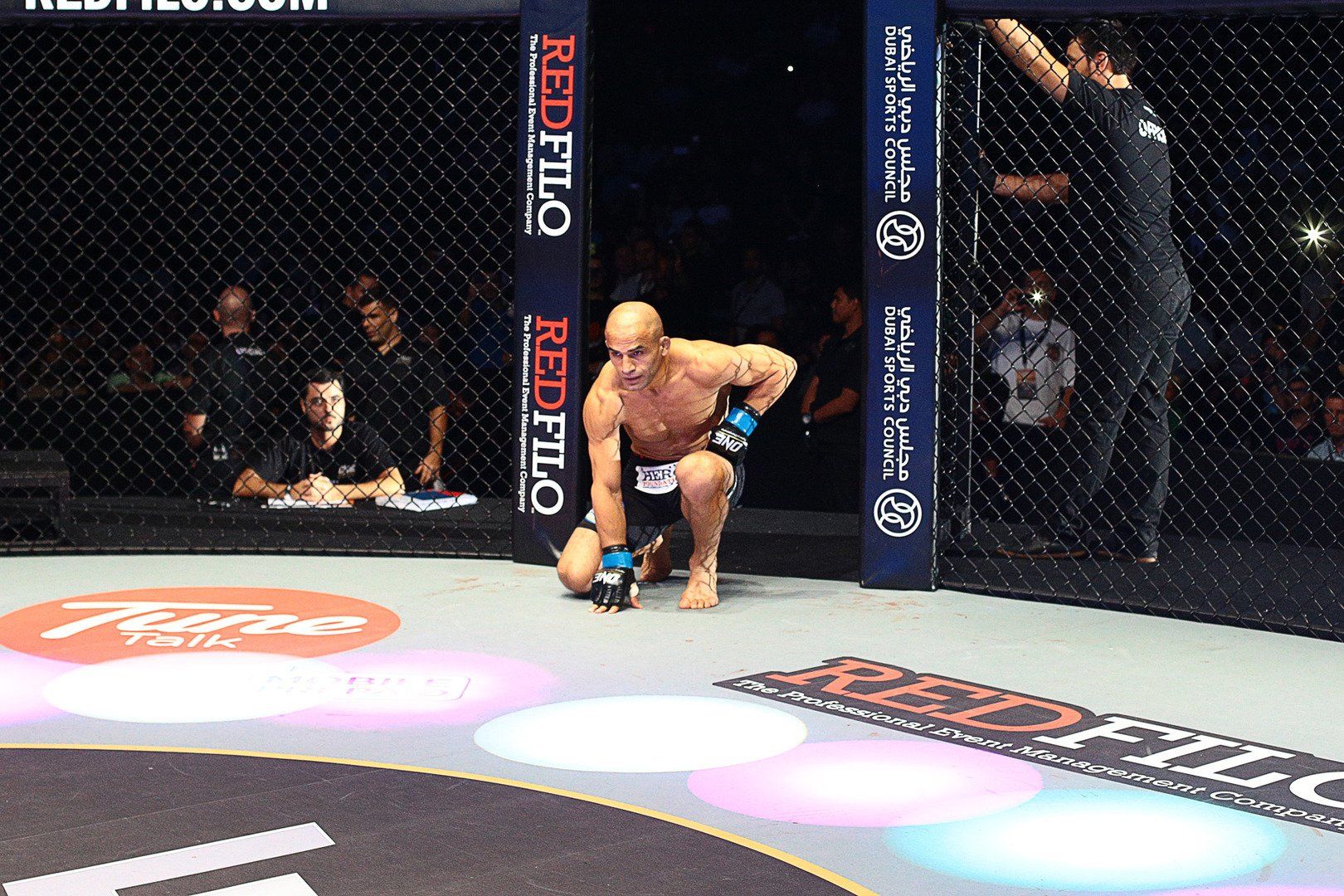 On his travels, he participated at a tournament in Turkey. The Iranian, who speaks conversational Turkish, became quick friends with some of the wrestlers and accepted an invitation to be one of their sparring partners in Istanbul. Soon, his worldly outlook changed.

“I saw their city life and technology. [It was a] life I never experienced. I started to see a different side of the world, and decided to see more,” he recalls. “I stayed in Turkey almost nine years, came back home, and told my mother and father, ‘I am going to leave. I cannot stay.’

Shalorus’ grappling prowess then brought him to Greece, where he met the United Kingdom wrestling team, and just like the Turkish squad, they invited him back to England. He achieved massive success there, becoming the 2001 British Commonwealth Freestyle Champion, and the captain of the 2004 national freestyle team for the Olympic squad.

Soon thereafter, he wrestled with members of the infamous London Shootfighters Club, most notably Lee Murray and Alex Reid. The pair recognized his talent, taught him some jiu-jitsu holds and striking techniques, and encouraged him to try MMA.

“I started to learn the moves, and I liked it,” Shalorus says. “I have done wrestling tournaments all my life, so I tried to learn something new to motivate me.”

“The Prince Of Persia” relocated to the United States in 2007, made his MMA debut the following year, and became an immediate sensation. He racked up seven wins, two draws, and captured a pair of welterweight belts from smaller independent promotions.

Beginning in 2011, however, the Iranian experienced a downturn. In 2012, he took a year off to re-evaluate his career and decide his next step. That is when ONE Championship entered the picture and offered him a deal.

“I was so excited because I could fight in Asia,” he says, happily. “I got an opportunity to sign a contract with ONE, and that actually made me come back to my home.” 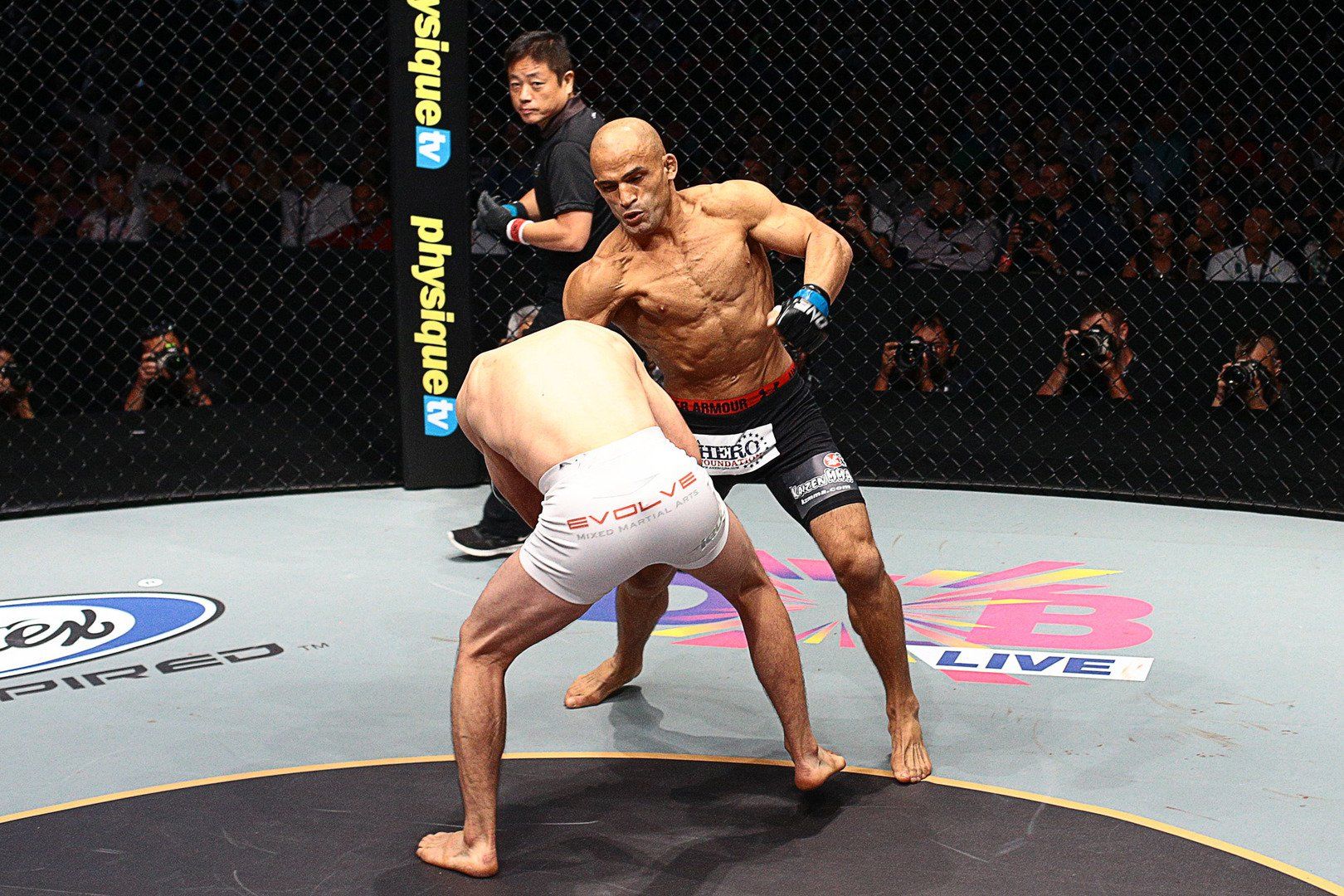 With momentum rolling, he fought then-ONE Lightweight World Champion Shinya Aoki for the belt at ONE: REIGN OF CHAMPIONS in August 2015. But nearly halfway through the opening stanza, Shalorus fell victim to a rear-naked choke.

Simply put, his unbreakable determination was shattered. He was reeling from the effects of a poor weight cut and his mindset was heavily clouded.

“I could not clear my mind, so my mentality was not in the right place. But everybody has this kind of situation in your life, and after that, you realize your mistake, and you correct your mistake.”

Those mistakes should not be repeated. In his two plus years away from the cage, Shalorus, who has been training steadily at NOVA MMA in Northern Virginia, has elevated his construction business to new heights. Also, ONE has successfully implemented its revolutionary weigh-in program that bans weight cutting by dehydration, so he will no longer feel depleted of energy in any future bouts.

Now, with his determination back in full strength, Shalorus renews his quest for gold, and that begins with Ting on Friday Night, 10 February, at ONE: THRONE OF TIGERS.

“In the the past two years, I feel like I lost something. I was missing something, and that was my MMA career, and I do not want to let it go like this,” he states. “I have to get my glory, I have to fight well, and I want to become ONE champion.”

That glory can be shared with every kid who lives in a rural community. Shalorus was a sheepherder’s son who used his favorite martial art to leave the farm, explore the world and launch a pair of successful careers. The martial arts have not only provided him with a new lifestyle, but joy and inner peace.

“It gives you so much strength and energy. I am so grateful I started mixed martial arts.”