One of the most versatile athletes to join the ONE Championship roster will make his promotional debut this Friday, 6 September when Shahzaib “King” Rindh steps on to the global stage.

The man from Quetta, Pakistan will face local favorite Nguyen Thanh Tung in a featherweight kickboxing contest as ONE: IMMORTAL TRIUMPH marks the first time The Home Of Martial Arts has descended on Vietnam.

“King” aims to live up to his moniker by winning World Titles in ONE, and as he gets ready for this crucial contest in Ho Chi Minh City’s Phu Tho Indoor Stadium, he explains how a background in wushu sanda steered him towards sporting success, and away from trouble as a youth.

team king is redy for the biggest event in @onechampionship #6september #hochiminhcity????????, mark your calendars and do support me this one is for pakistan ???????? inshallah. live pakistani time 3:30pm

Rindh’s journey began as a wayward youth in Quetta, a city near the Pakistan-Afghanistan border whose people, according to Rindh, are inclined toward conflict.

“They like fights, combat sports. As a boy, I was always fighting in the streets,” he explains.

“I was an angry boy, I was a fighter, so my parents got upset with me. My parents sent me to a wushu sanda club in an attempt to control my anger.”

Rindh’s older brother took him to the gym and attempted to teach the 9-year-old tearaway a lesson, in the hope it would dissuade him from fighting.

“On my very first day in the gym, my brother made me fight with an older boy – a club champion,” says Rindh.

“That boy really gave me a bad beating, even badly broke my nose. My brother didn’t like me fighting, so that’s why he tried to give me a very hard lesson.”

Physically and mentally strong for upcoming national wushu championship 2019 @quetta ayub stadium, come and cheer up for me 26/july/2019. Wish me best of luck with your prayers. #aka #king1???? #readyforwar #aanedo #buitems #sportslife

Rindh’s older brother’s attempts at discouraging him from combat had quite the opposite effect.

While most 9-year-olds would likely never set foot in a gym again after such an experience, Rindh was consumed by a desire to improve.

“At the time, I was very small, so when I came home after that first time, I looked at my broken nose and I realized I was not super powerful, as I had thought,” the 31-year-old says.

“So, I started training immediately because I wanted to [learn how to compete with] that boy.”

Within a year, he had learned enough to match his rival in sparring, and he showed enough promise to work towards competing.

While Rindh’s older brother’s plan of putting him off martial arts backfired, “King” says his family got behind him as he started his amateur career – even if it was a struggle to begin with.

“We are not a rich family. In fact, I come from a poor background,” he says.

“My father is a civil servant, my mother is a housewife, and my big brother is a student, so at the start, there were a lot of difficulties. When I went to [amateur] tournaments, I often had no money to cover my expenses. Sometimes my coach Hafeez Toofan supported me [financially].

“But I could bear this because I knew my family always supported me a lot [emotionally]. I got where I am because of them. My mother knows I’m involved in a very tough game and she doesn’t like to see me get hurt, so she always prays for me. This gives me confidence.”

Alhamdulillah Consectively 4th time national wushu champion I would like to thanks everyone behind my this sucess specially my coaches and my family members #saleemsab #ijazbutt #muratibshah #nasirsasoli #hafeeztoofan #zakirbaloch #buitems_university sports department and international relations chairperson #sir wadood and my training partners .

Rindh has enjoyed success in several sports but made his reputation in wushu sanda – a Chinese martial art that Rindh says has equipped him for any challenge in the world’s largest martial arts organization.

“I chose to do wushu sanda [rather than a more famous martial art] because it’s very popular in Quetta,” he explains.

“It uses wrestling, kicking, boxing – everything is involved, so it’s a very tough sport. Now, I am a [multiple-time] national champion, but I have also competed in kickboxing, boxing, and mixed martial arts, and trained in wrestling and taekwondo.”

The representative of Willson Wushu Academy and Red Dragon gym has also represented his country in international tournaments and became a South Asian wushu champion, but for now, his focus is on his kickboxing contest in Ho Chi Minh City.

He has only competed once under these rules, but he won that bout, and he believes he will have no problem adjusting again when he steps into the ring on the global stage.

“Kickboxing and wushu sanda are much the same, only in wushu sanda, we also have throws. I have also competed in boxing, so it’s not difficult [to compete without employing throws],” Rindh explains. 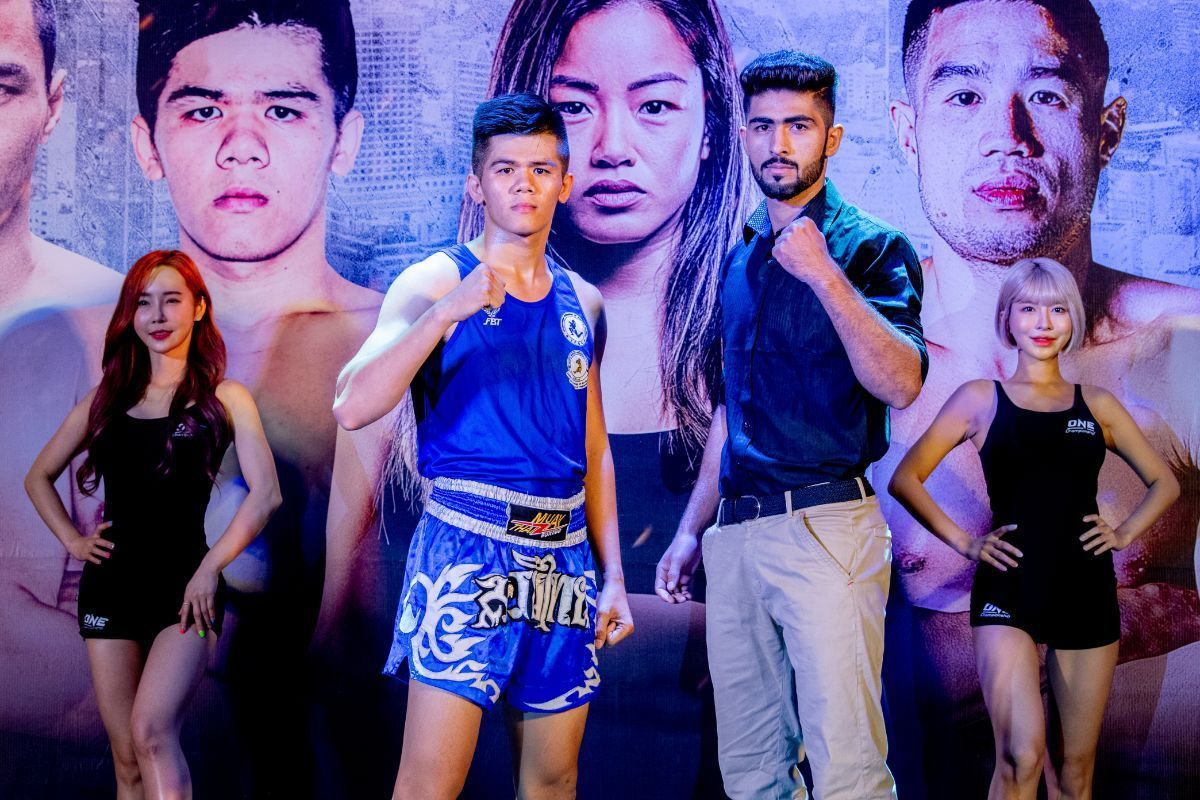 Rindh is confident of making a winning start to his campaign, and then pushing towards World Titles in ONE in multiple sports.

“I accepted a contract with ONE because I want to be a World Champion in kickboxing and in mixed martial arts. Two divisions, that’s my objective,” he says.

However, he knows he cannot look past Thanh Tung. He is another young and hungry competitor who will have the full support of a home crowd in Ho Chi Minh City.

The two-time Vietnamese Muay Thai champion also has a habit of winning by KO, but Rindh believes he will be the one to get his hand raised after a highlight-reel finish.

“I’m ready for whatever opportunity ONE wants to give me, but I am focused on this match [against Tung] first,” he says.

“My opponent has a Muay Thai background, and I have watched his videos, so I know how to deal with him. My legs are very long, so I use front push kicks very well, but I strike with a combination of both kicks and punches.

“I will win because I am very focused, and I fully believe in my training. I think I will knock him out in the second round… maybe the first round.

“The fans will love my fight because I am aggressive, I come to fight, and I mix up kicks and punches. They will love it.”