Despite the presence of so many World Champions from around the world at ONE: IMMORTAL TRIUMPH, the most spectacular performance of the night came from a hometown hero.

Last Friday, 6 September, “No.1” Nguyen Tran Duy Nhat thrilled his fans in Ho Chi Minh City, Vietnam as he dismantled Azwan Che Wil before he scored a stunning knockout in the closing stages of round three.

As the top-billed competitor from “The Land Of The Blue Dragon” on the card, there was a lot of pressure on the 30-year-old to perform, and he was delighted to live up to expectations in his ONE Super Series debut.

“ONE is a professional stage. As a Vietnamese fighter, having the chance to fight in ONE made me feel very happy – especially when I brought back a win for the Vietnamese team,” the bantamweight athlete says.

“This is an honor, and I am very happy for this chance.”

Duy Nhat took control of the action early in the match, but he was most dominant from the second round, onward.

As the five-time WMF World Champion explains, once he adjusted to his rival, he found the openings to put a stamp on this Muay Thai contest.

“My opponent is a young Malaysian fighter with a slow pace, but his attacks are very strong,” Duy Nhat explains.

“Most of my fights were in amateur rules, so I fought a lot faster, but hit with less power. I moved a lot so that my opponent will miss and tire himself out. After that, I started to fight back.”

The game plan was affected by a niggling injury the Ho Chi Minh City Muay Team representative had carried due to an active schedule in the previous weeks.

However, the adjustment to a new approach barely seemed to affect his success.

“Before fighting in ONE I fought in five tournaments consecutively and my recovery time was very limited because of that,” he says.

“My forté is using my right low kick, but because my right leg is injured now, I can’t kick with full force. In my training to prepare for ONE, I started using the left kick a lot more. Because of that, I have been able to throw my left kick with more power.”

The result was that “No.1” came close to a finish in round two when a lightning-fast head kick sent Azwan crashing face-first onto the canvas.

Somehow, the man from Kuala Lumpur survived, but the knockdown gave the Vietnamese hero all the encouragement he needed to finish the job. 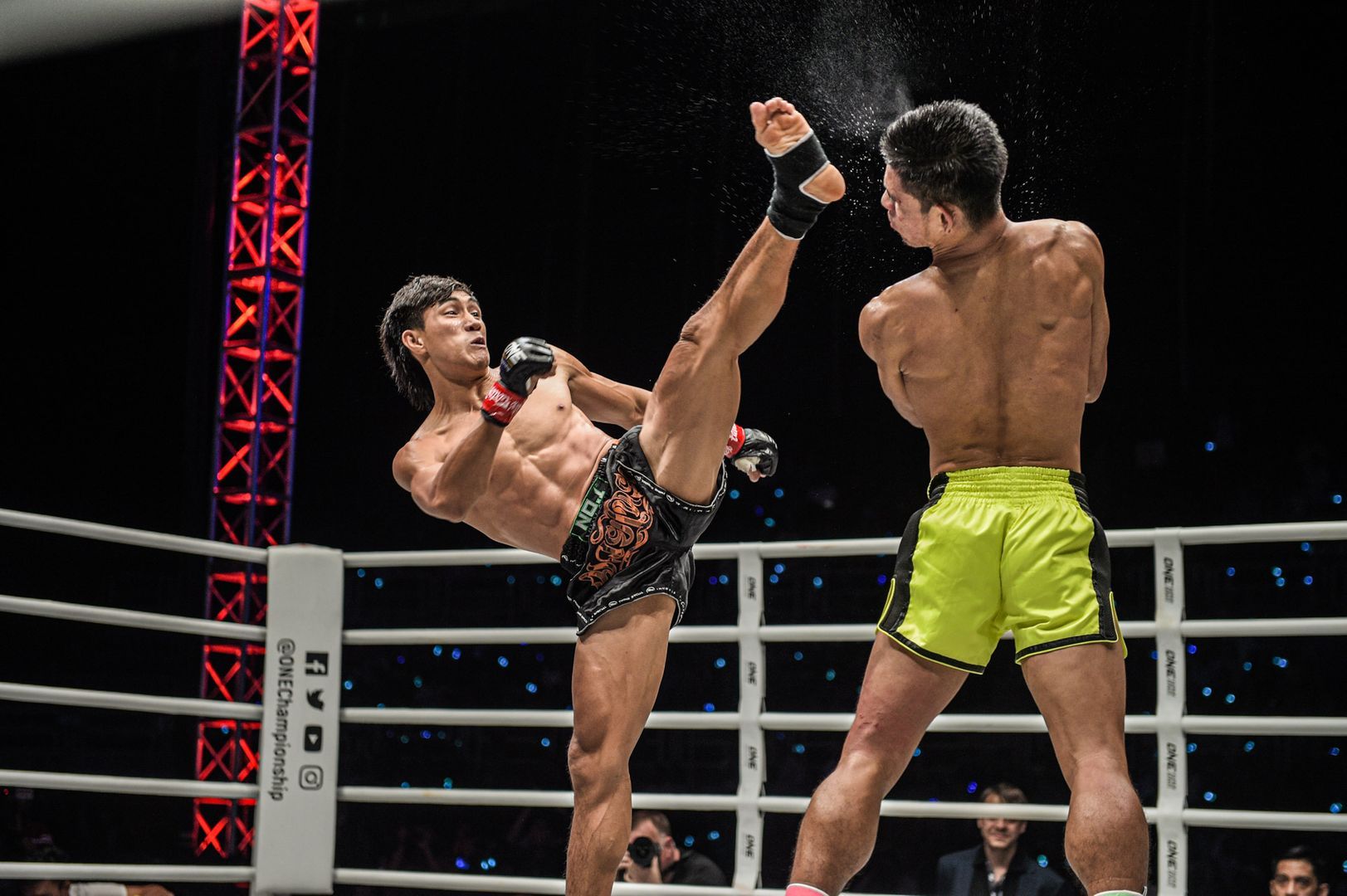 In round three, another high kick then set up a crushing overhand right, which forced referee Elias Dolaptsis to wave off the bout with just 15 seconds remaining.

“Winning by KO in round three is something the team had planned, because in rounds one and two I mostly used high kicks to make my opponent dizzy. In round three, I attacked with everything I had,” Duy Nhat explains.

“When I won by KO during round three I felt very happy because this will motivate me to continue to train harder and fighter better in my next ONE event.”

For now, Duy Nhat’s focus is on representing his nation at the 2019 SEA Games in the Philippines as he goes in search of the gold medal that has eluded him on two previous occasions.

However, having experienced the thrill of success in The Home Of Martial Arts, he cannot wait to return to the global stage as soon as possible after that.

“ONE Championship is a professional stage, and I want to compete with other Muay Thai fighters from around the world,” he says.

“I like to train and fight. I want to devote everything to fighting. When I can’t fight anymore, I will walk a different path. Until then, I will keep fighting and devote myself.”