Santino Verbeek hoped to put on a kickboxing showcase for the fans at ONE: IMMORTAL TRIUMPH, and with a willing opponent in Juan Cervantes, he delivered that with a thrilling three-round war.

Last Friday, 6 September in Ho Chi Minh City, Vietnam, these two welterweights engaged in arguably the most exciting match-up of the night inside the Phu Tho Indoor Stadium as they battled with heart, skill, and desire all the way until the final bell.

Verbeek struck first with a big right hand to send England’s Cervantes to the canvas in the opening frame, but the Brit rallied and forced his Dutch rival to use every ounce of his courage to stay on his feet and meet the final bell.

In the end, the Sokudo Gym representative had done enough to earn a victory by majority decision and kick off his ONE Super Series campaign in style. Now that he has had the chance to recover and collect his thoughts, the 24-year-old from Hoorn breaks down his ONE Championship debut, how he put his rival on the canvas, and how he stayed on his feet when he was hit with some incredible strikes.

ONE Championship: Now that you’ve had some time to reflect, how do you feel about the contest?

Santino Verbeek: Juan was a really tough fighter. The first round was a good round for me. I gave him the eight count with a right hook – that was very good – but Juan is especially a Muay Thai fighter, and I knew it would be difficult to fight him as he has a different kind of style to me.

He did a good job, he kept me at a good distance, and it was difficult for me to keep the pressure on him and to be close to him.

The first round was good for me because I gave a lot of pressure. The second round was also good for me, but in the last minute, Juan came back very well with a lot of knees and kicks. He hurt me a few times with the knees to the body, especially to the liver, and it made me tired more quickly.

In the third round, he hit me really hard with the jumping knee and I had to take it, but it was difficult to stand for the rest of the round! 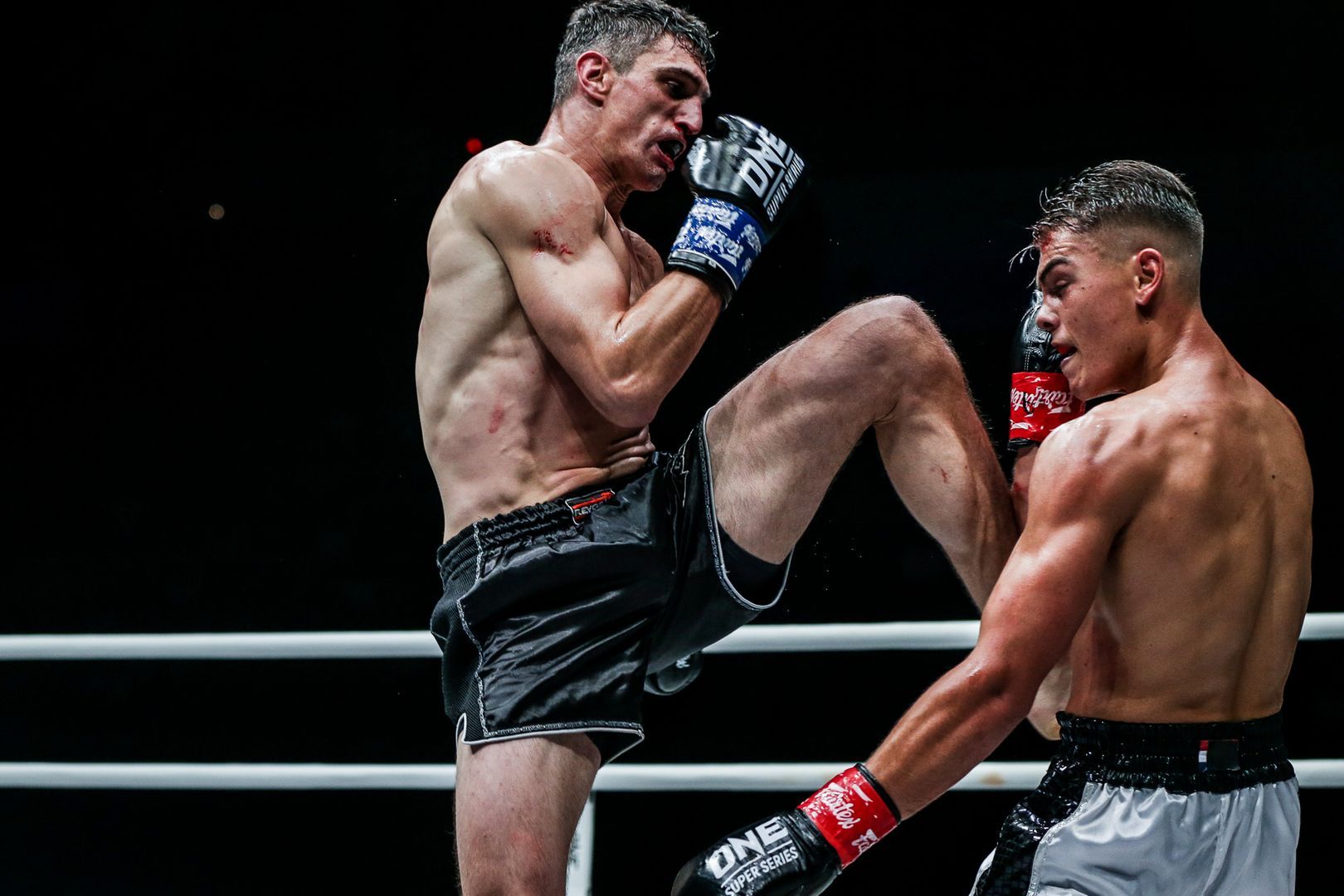 ONE: How did you stay on your feet when you got hit with that big knee?

SV: I didn’t want to lose in the third round, I kept fighting with my character, and I took it like a man – it was difficult, but I took it [laughs].

I was feeling dizzy when the knee landed on my face, and it was very difficult for me to stand straight, but I recovered quite quickly. Then he came at me again with kicks and knees – that was good from Juan!

ONE: Can sparring or anything else prepare you for a situation like that?

You live so long for this fight, and you work so hard for it, you don’t want to give it up. You want to give everything in your body to win. When he hit me with a knee on the face, I just thought to myself that I had to keep going. 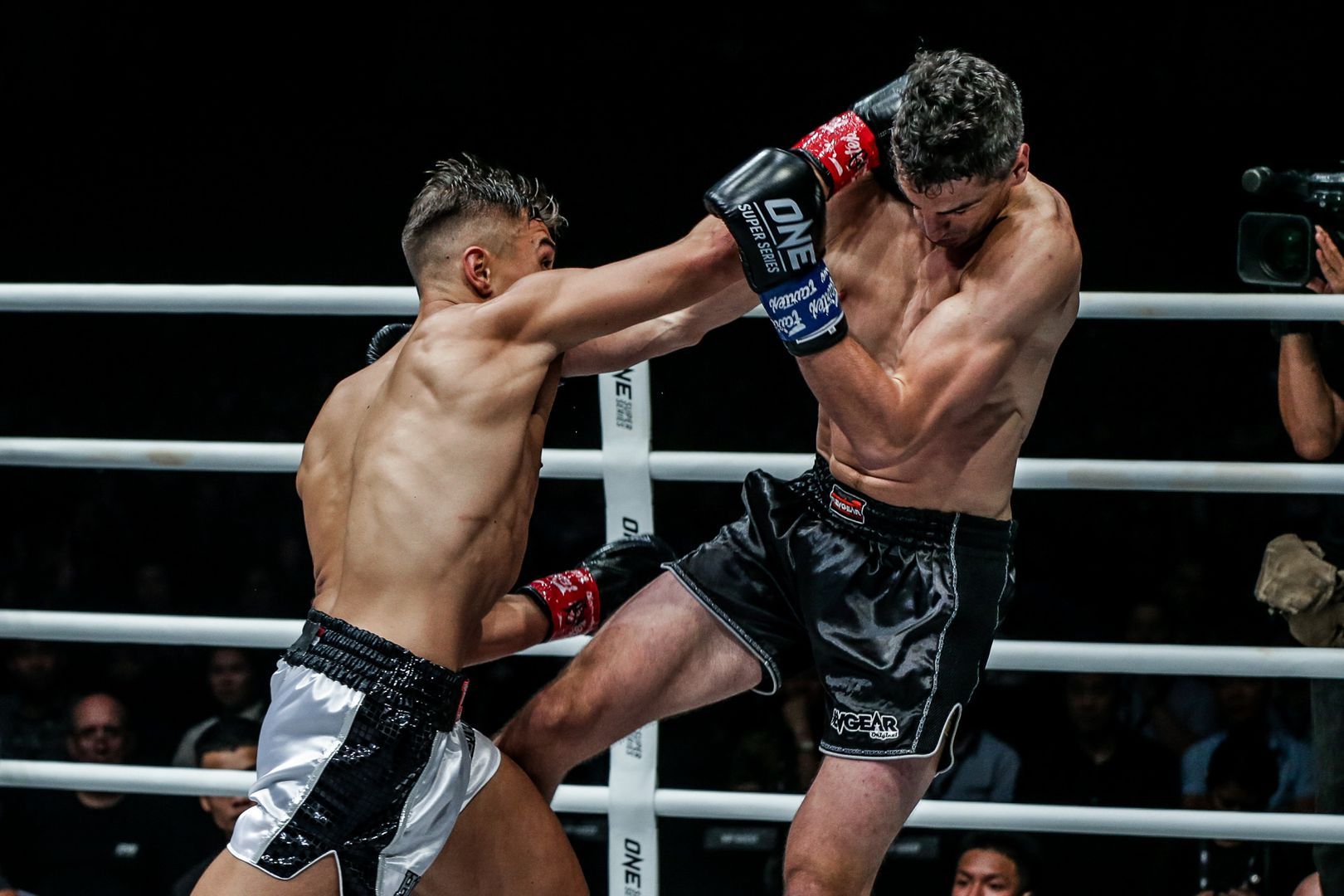 ONE: Did you feel like you could finish him after you had knocked him down in the first round?

SV: I wanted to knock him down for the second time, but my trainer told me to keep watching him because he would take a risk now.

There were 20 seconds left in the round. I thought I could take the risk and it might go wrong, or I could fight the next round and try to knock him down again.

ONE: How important was it to you that the bout was so exciting?

SV: I had a lot of good responses from the fight, everybody was crazy about it.

Some guys think Juan was the winner, but I knocked him down for a 10-8 and had a good second round, so I was confident I was the winner.

ONE: How was your first experience with ONE overall?

SV: It has been incredible, man. Everything in the organization of ONE Championship has been very good. Everyone takes care of you.

It was a big stadium, there was a lot of media and TV, it was huge. In my mind, all the new things make it a little bit more difficult, but it was a great, great experience. ONE: What lessons did you take from it?

SV: It was my first time in ONE, and this time there was a lot of new things. Next time, I will know how everything works, and it won’t be my debut, so I think it will be a little bit easier.

I made some mistakes in the fight, also. I talked to my trainers, and we know what we need to work on. We keep on learning every time, and you learn more from a hard fight like this than an easy fight.

ONE: What is next for you?

SV: I’m looking forward to my next fight for ONE. I don’t know who will come to the welterweight division, but I want to be the next World Champion, so I will take on anybody.