Viktoria Lipianska made her ONE Super Series debut on a historic card in Ho Chi Minh City, Vietnam, and her performance was worthy of the occasion.

It was a compelling clash of styles at the Phu Tho Indoor Stadium in which both young women had their moments of success, but it was Lipianska’s powerful boxing and strong clinch game that earned her the victory via split decision. 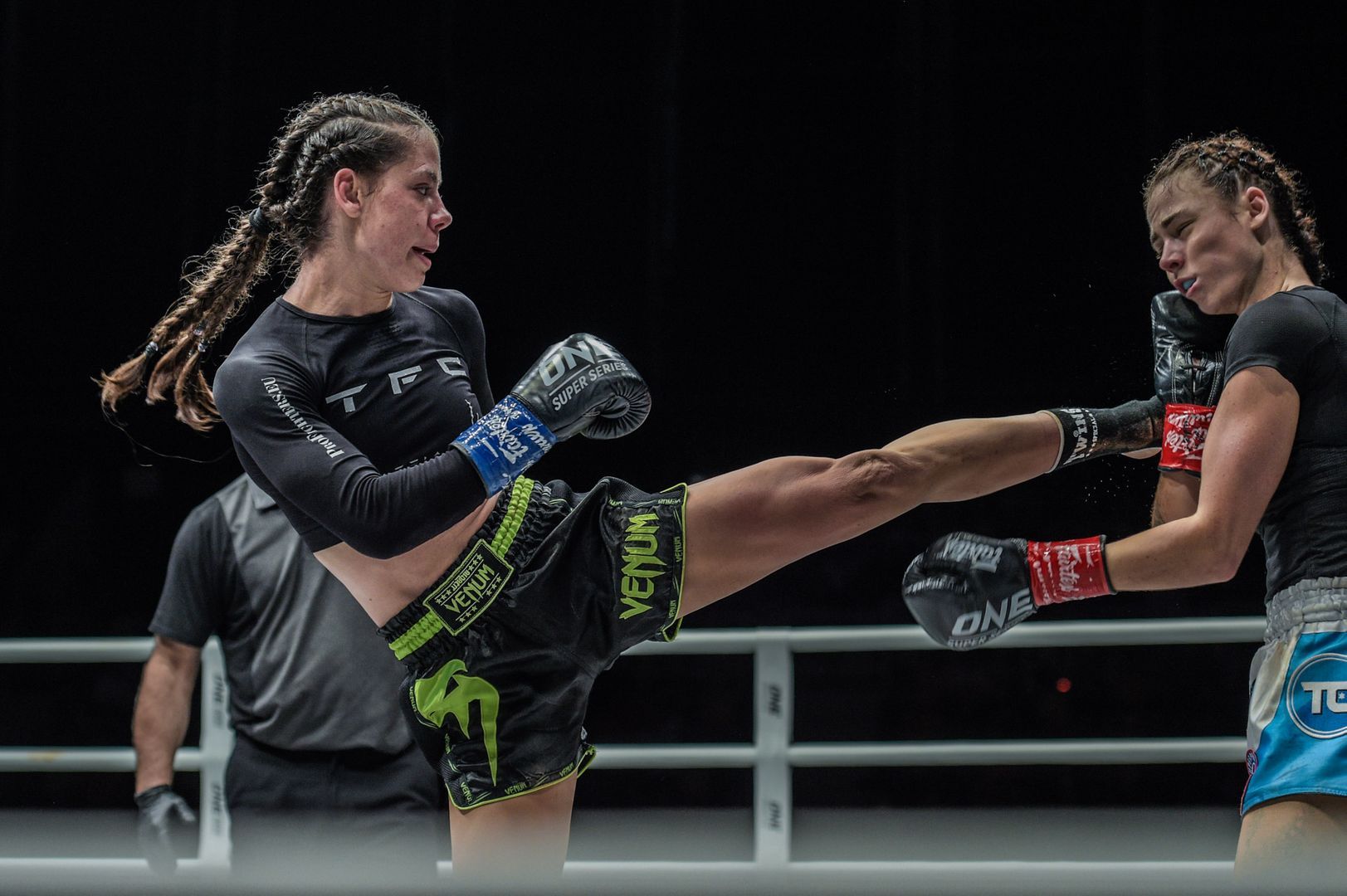 Following her stellar performance on the first all-ONE Super Series card, the Slovakian reflects on a momentous night of action, and how she earned the victory over her durable rival.

ONE Championship: How are you feeling about your debut victory in ONE Super Series?

Viktoria Lipianska: I had a proper strategy for this fight. I trained a lot for Amber’s style because I knew I needed to prepare really well for her.

I spoke about it a lot with my trainer, and we found some really good tactics on how to score and make the pressure in the fight. The key for me winning was to follow the tactics and listen to my trainer.

It went so good. I 100 percent followed the instructions and did what we went through in training, and that’s what gave me the win. I want to thank my trainer, Omar Ahmad, and my family. Without them, I couldn’t have done this. 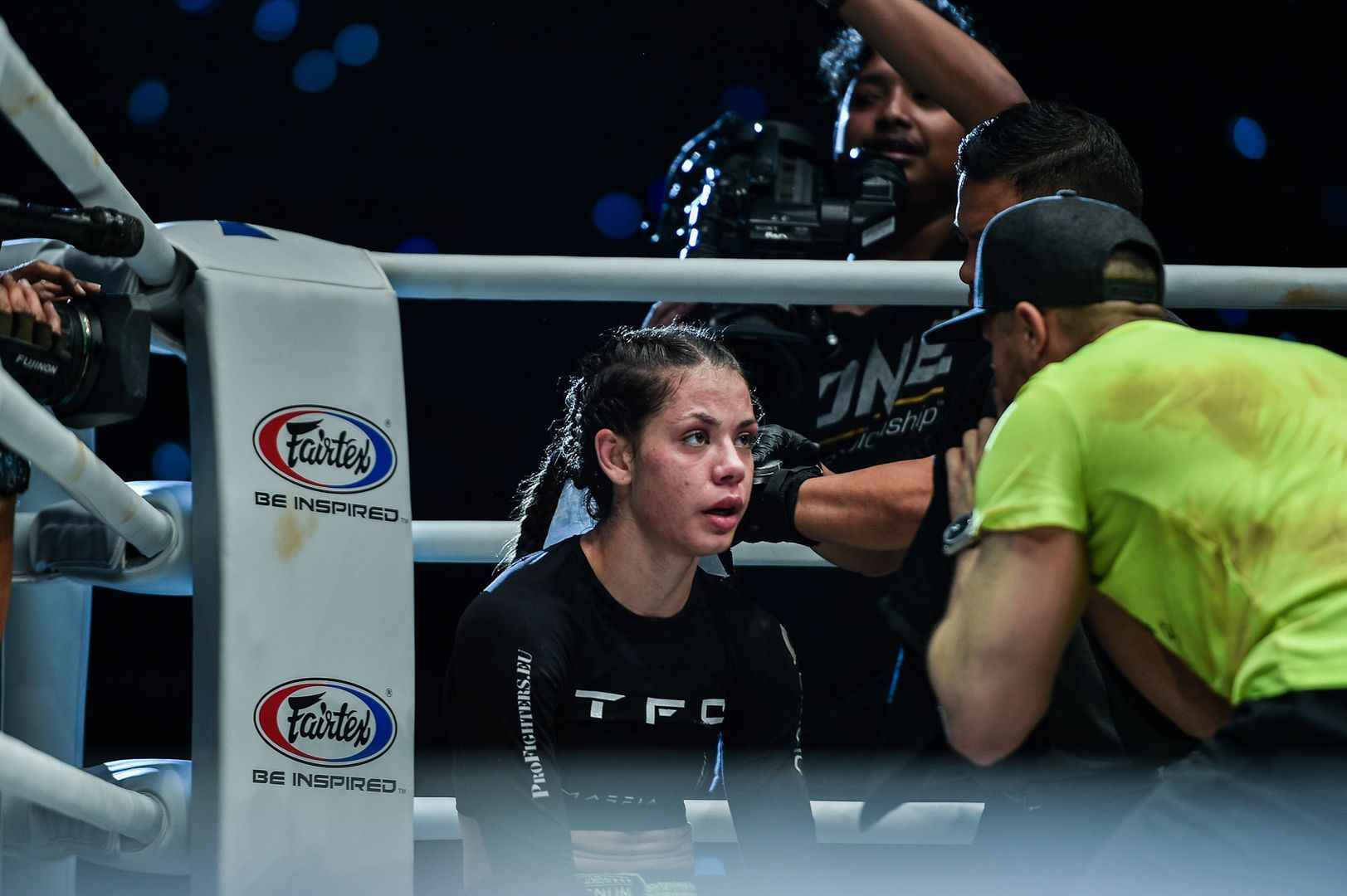 ONE: Do you always plan so carefully for an opponent?

VL: Not always, but I like to go through a strategy before a fight. In Thai boxing you can use everything – punches, knees, elbows, kicks, clinching – there are too many things in your head, and every opponent is really different, so I like to brainstorm with my trainer and pick the right techniques and strategy for the fight.

For this fight, I knew I needed to be ready 1,000 percent, so I went through the tactics for the whole fight camp. For the last two months, I trained special things just for this match.

ONE: You scored well with your boxing and landed some very hard right hands. Did your opponent’s toughness surprise you?

VL: She is very young, but she is so tough. She was really ready for this fight, and she was trying to do her best, the same as me, so I knew it was not going to be easy, and I would not finish her with one punch.

She could stand the shots, so I need to punch harder next time! 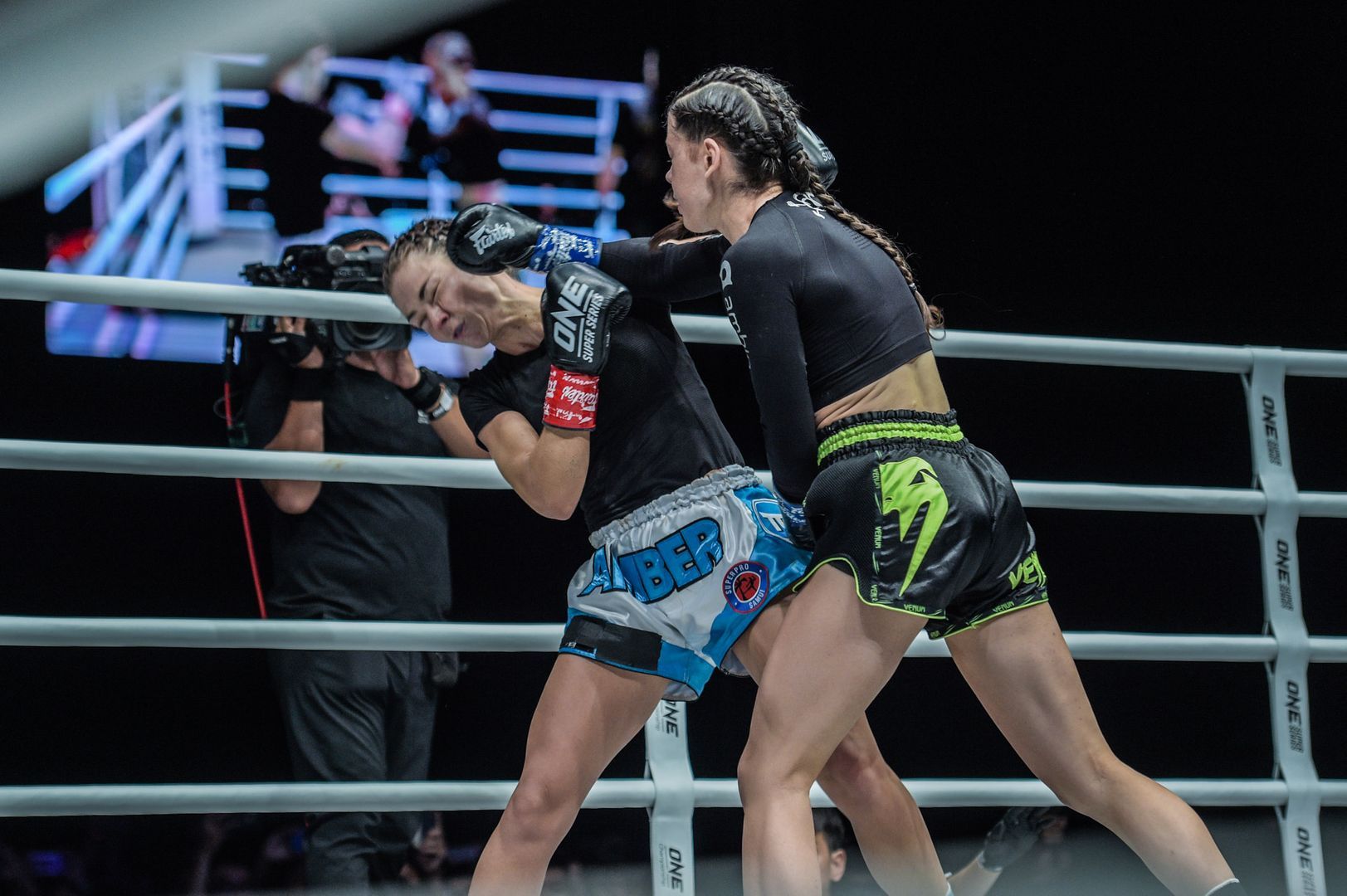 ONE: How confident were you that you would win when the final bell went?

VL: You never know because every judge is different, and some of them see different things, but I was sure that I had won because I made pressure in all three rounds, and I felt that I was scoring with punches, elbows, clinch, and knees.

When I heard it was a split decision, I was okay with that because she scored with her kicks and also some punches, but I was sure I won because of the throws and pressure, and I scored a lot with the hands.

ONE: How did it feel to perform on such a big stage for the first time, and did it affect your performance?

VL: It was really hard because I have never fought on such a big show. I was so excited, it was something really big for me, and I wanted to give my best performance.

I took so much from my fight camp because I went through a total change in my diet, my training, and in my way of seeing things. 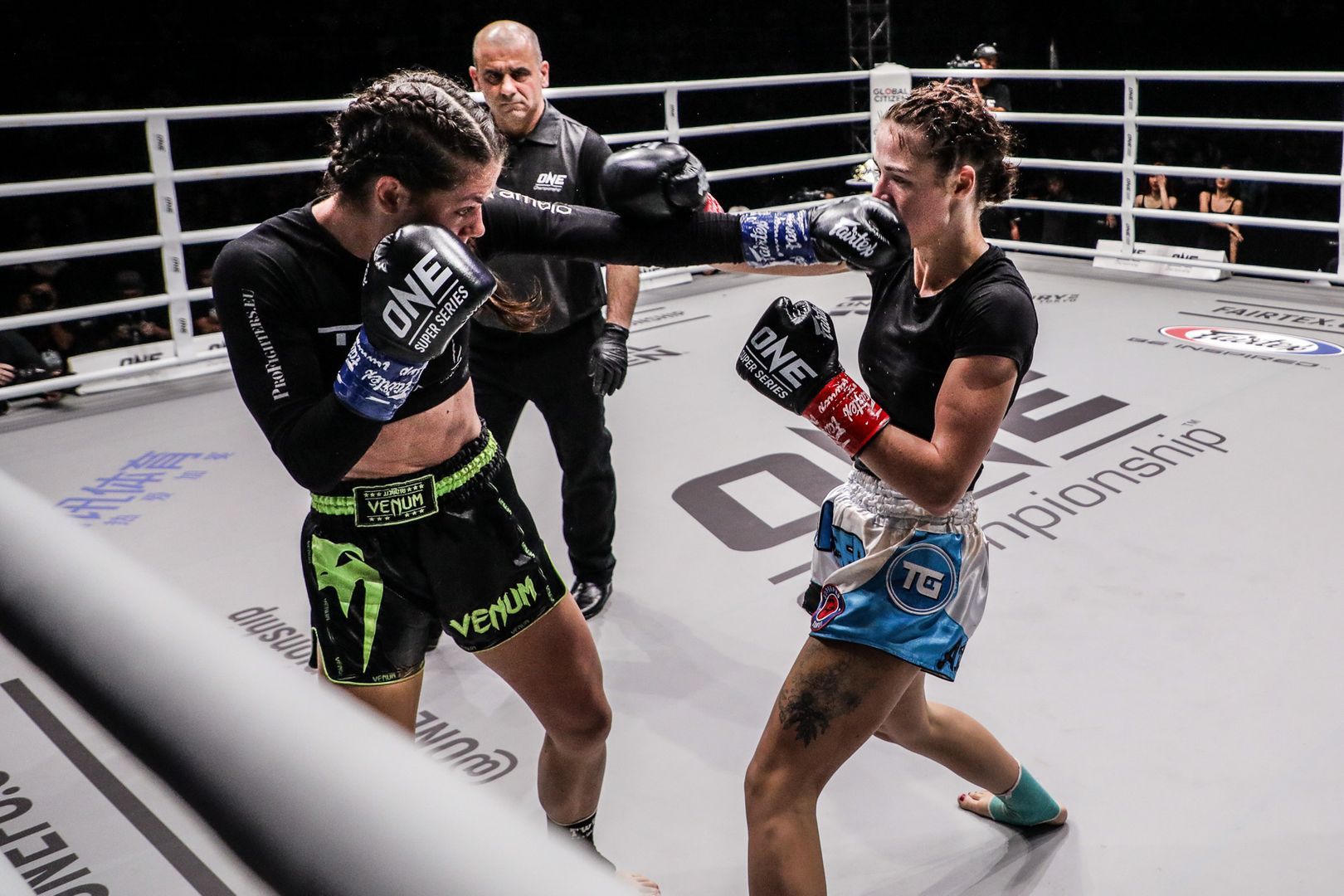 ONE: What lessons can you take from the victory?

VL: When I watched the video from the fight, I saw some things I need to work on, but that’s why I love Thai boxing. It is still challenging me, making me a better person, and a better fighter.

I see the things I can do better next time. I thought I could kick more, or finish my hand combos with more kicks, but I’m excited to make myself better and give a better performance next time because I will work even harder.

ONE: How was the overall experience in Vietnam, and in the stadium?

VL: It was the best experience for me so far in Thai boxing. I met so many great people, and I saw an amazing culture and country in Vietnam.

I love Thai boxing with all my heart, and I cannot express in words how much this means for me to be a part of this, and I am super excited for the next challenges.

I really loved the stage, the crowd in Vietnam were amazing. They cheered for me and the atmosphere was amazing – I felt it in the ring.

The people at home cheered for me too, and it means a lot. I won after three rounds, and I felt so great. It was such a huge emotion for me. 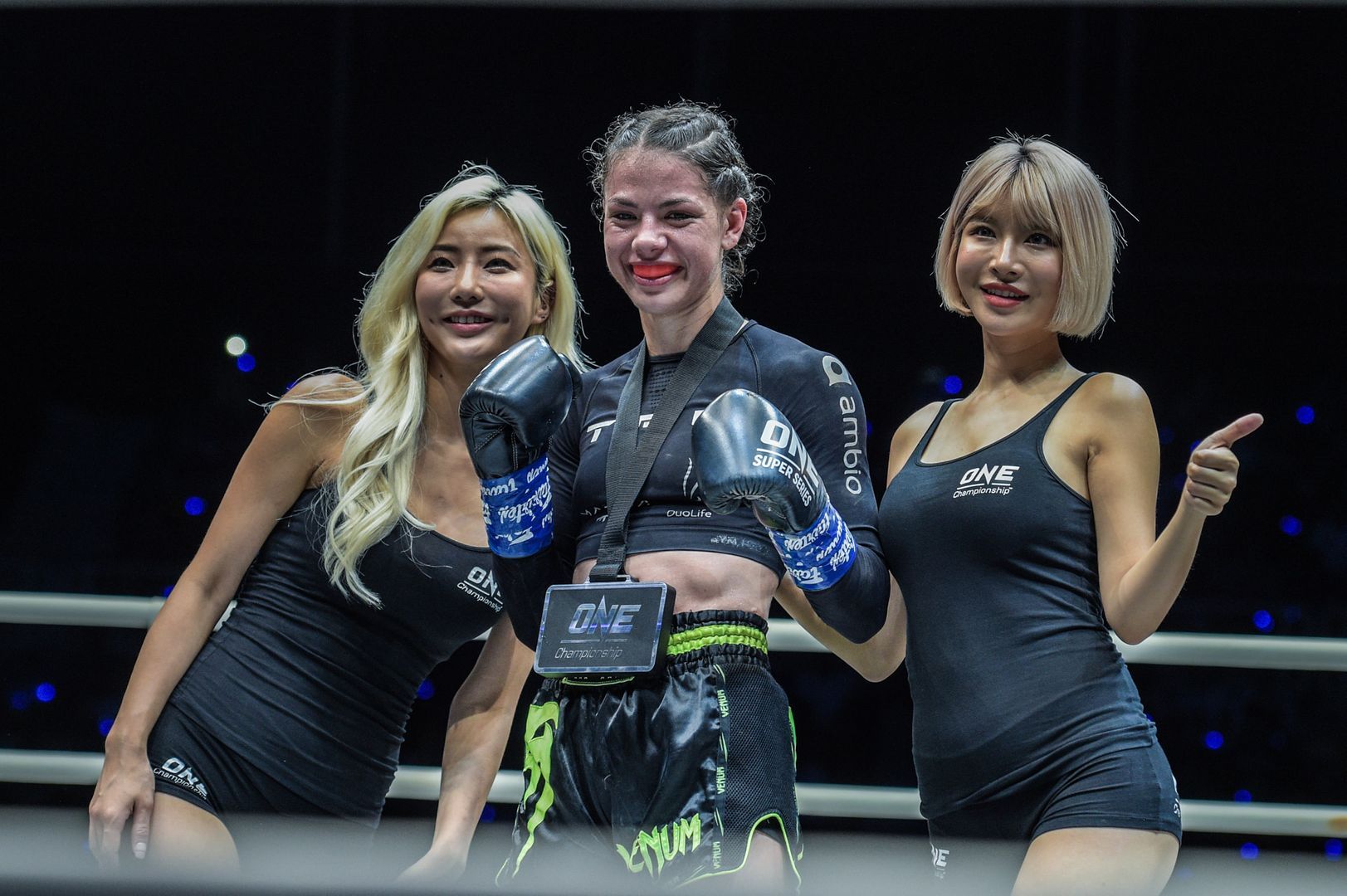 ONE: When would you like to get back to action?

VL: I would like to get at least one more fight this year with ONE Championship because I would love to get back in there, meet all the people again, and stand in that ring again. We will see what the future has for me!