When Alaverdi “Babyface Killer” Ramazanov made his ONE Super Series debut in October 2018, he immediately established himself as one of the most exciting strikers on the roster.

He further proved that status in December 2019, when he became the ONE Bantamweight Kickboxing World Champion. Winning the belt was the culmination of years spent trying to establish himself in the world of Muay Thai.

Now, just weeks before his clash with #2-ranked kickboxer Capitan Petchyindee Academy at ONE: UNBREAKABLE on 22 January, he reveals how he went from a humble childhood in Dagestan to the top of the kickboxing world.

Up To No Good In Dagestan

Ramazanov was born in Kizlyar in Dagestan, Russia, where he was raised alongside four sisters and had a carefree childhood. He rarely sat at home – instead, he was always out playing in the streets.

“My mother could not keep me at home, I would always run away,” he recalls.

“I grew up on the streets, playing with my friends. We still all live nearby and keep in touch.”

His father was very strict about his education because he had expectations for his son to be a doctor, a neurologist, or a dentist, but his lack of focus in school meant his grades started to drop.

Athletes are highly respected in Dagestan, so sport was another option. At the age of 9, Ramazanov was taken to a boxing school to learn some discipline, but he soon found out that he didn’t meet the requirements. He wanted to try wrestling instead, but his dad forbade it.

“The coach said I was too young for boxing and advised my dad to put me into a basketball or football club until I turned 12,” he explains.

“I hated basketball, so I was never going to become good at it. I was doing it for my dad.”

By the time he was the right age to strap on the gloves for the first time, however, Ramazanov had lost interest.

“I turned 12, but I didn’t join any wrestling or boxing school. I probably felt a bit lost,” he admits. 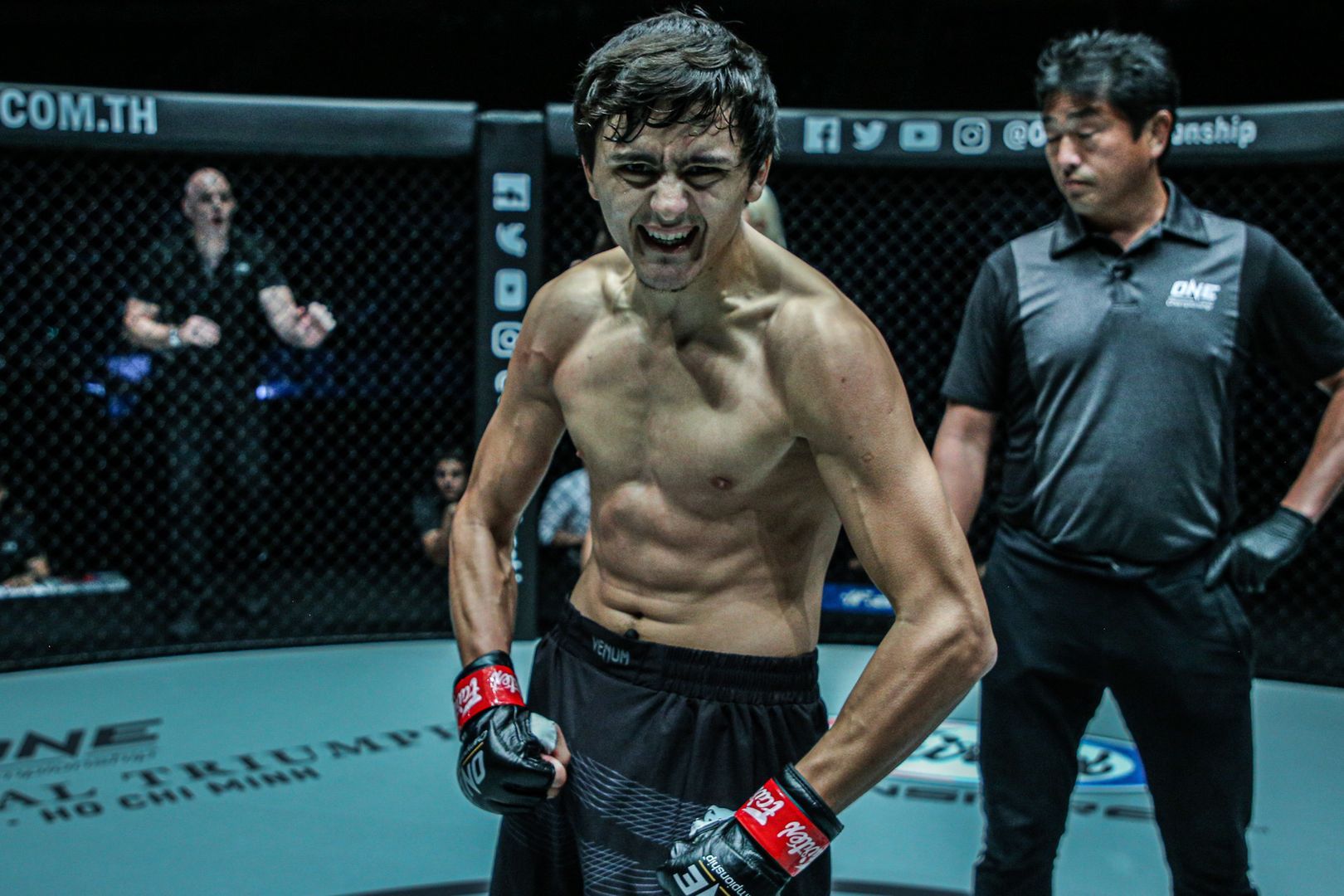 Two years later, Ramazanov was persuaded to try Muay Thai and he was immediately drawn to the special atmosphere in the gym.

“My friend brought me to one class and I got hooked immediately – I was at the gym every day,” he says.

“The guys were so respectful of each other, so supportive – it was brilliant.”

The backbone of the gym was a coach named Ibrahim Hidirov, who became a mentor to his students and taught them important values on top of skills for combat.

“He was great as a coach, but he was much more than that for us – he was our second father,” Ramazanov adds.

“He instilled discipline in us, always saying we must be champions inside and outside the ring. Skills and qualities acquired in training helped me in many tough life situations. Sport helped me grow, be proactive, and remain positive.”

At first, there was no sign of the man who would become “Babyface Killer” because he trained only for self-defense. Eventually, he stepped into the ring as an amateur, but he had little success.

“I didn’t see myself as a fighter. In my first competitions, I used to lose a lot – I lost maybe six or seven amateur fights in a row at the start,” he admits.

Despite his setbacks, he did not quit and continued to improve until he won gold at a regional tournament. At 16, he won an All-Russia Championship, which propelled him onto the national team. From there, he won three IFMA World Championships. 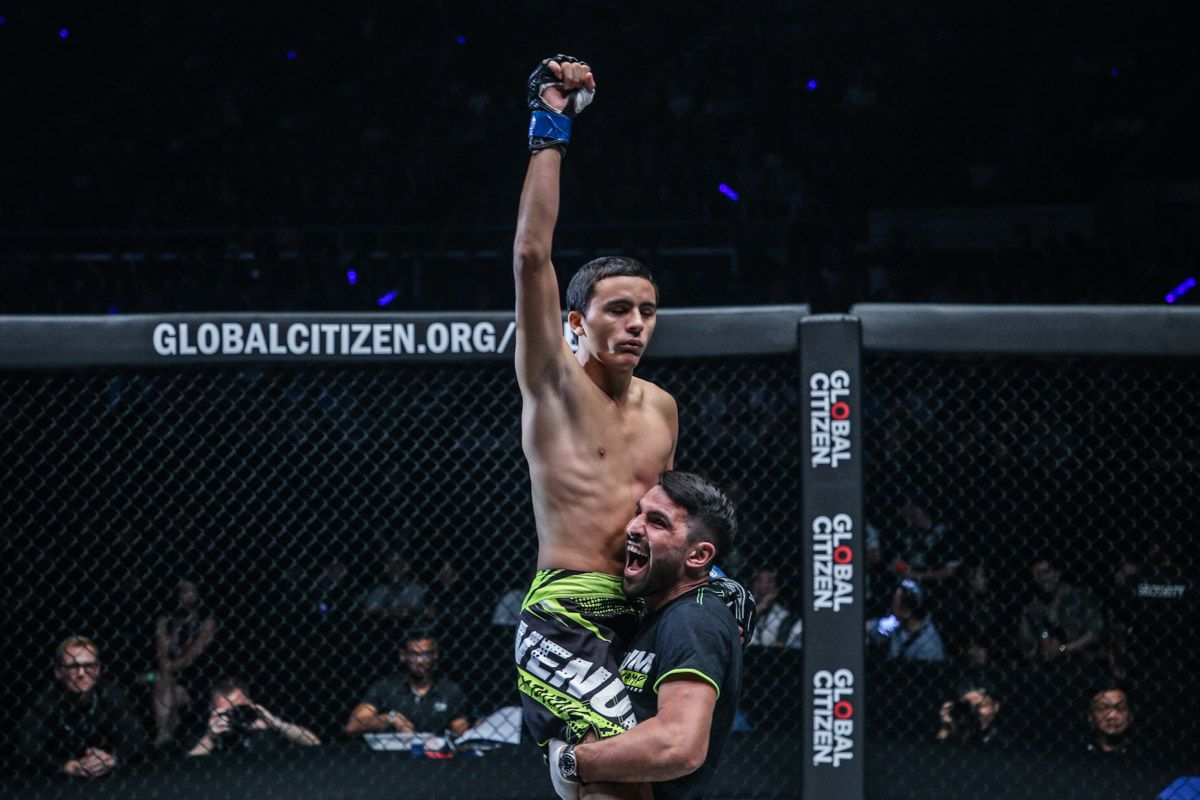 Ramazanov turned pro aged 18 and continued his success, but he pined for a way to take his skills to a higher level so he could compete with the best athletes on the planet.

That meant he had to travel to the source of “the art of eight limbs” and train in Thailand, but finding a gym to call home was easier said than done.

“I went around different camps, trying to find my [ideal] team and coaches, but the puzzle never fit,” he says.

“One day, my manager from Russia sent me to a gym in Bangkok, where I started training. Things were going well until I lost a fight they organized for me. I immediately got a totally different treatment. I knew they wanted me to leave.”

Luckily, Ramazanov connected with a friend who took him under his wing and led him to the Venum team in Pattaya. “Babyface Killer” was determined to be a success at his new gym, so he trained as hard as ever to establish himself.

“It was a difficult time,” the 26-year-old confesses.

“I didn’t have a career roadmap, didn’t know about many opportunities, and didn’t know what doors to knock on, so I just put my faith into it. I trained hard to try and earn my place in the team.”

Hard work paid off as the Russian won bouts on big shows and gave himself the opportunity to step up to face the best of the best. 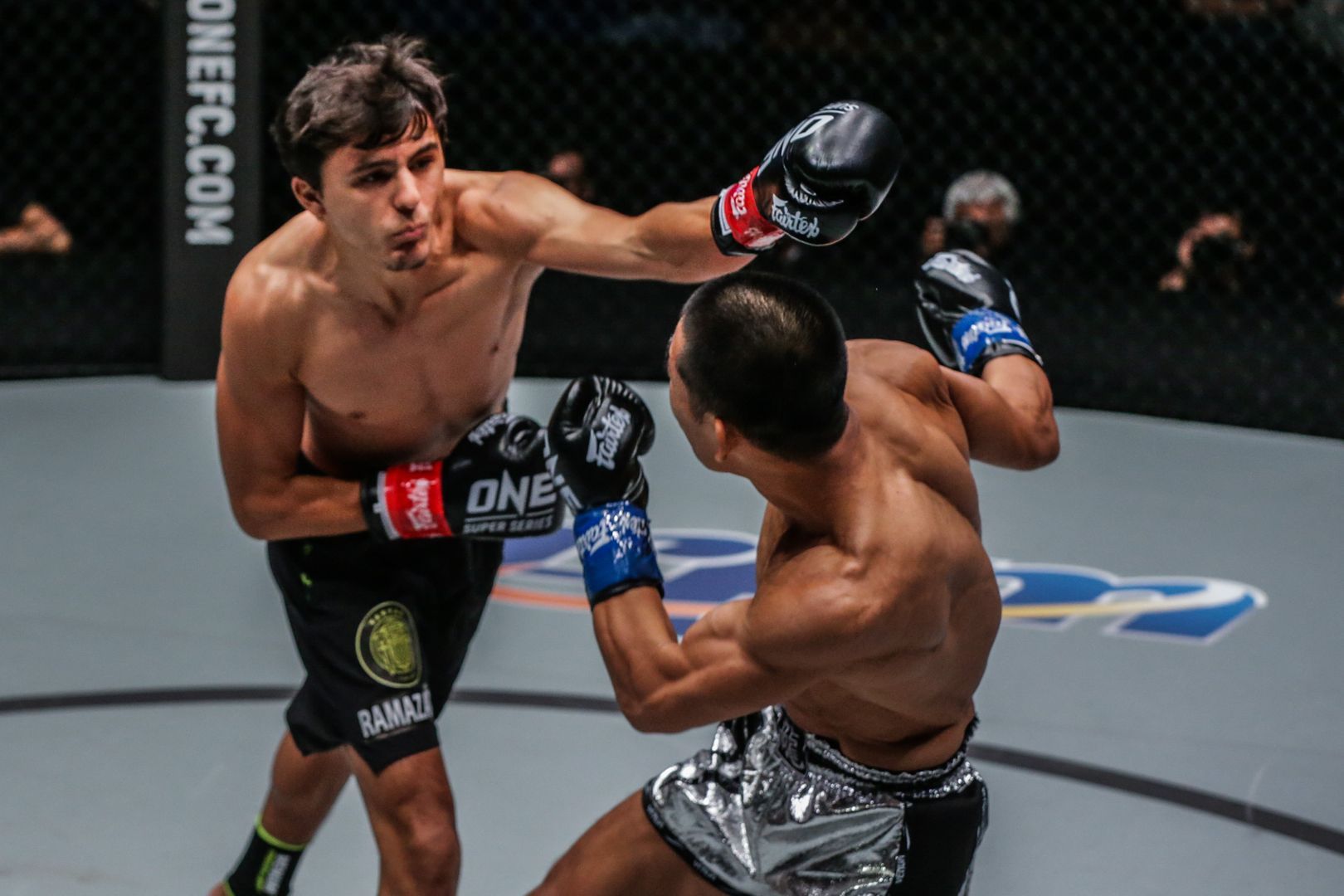 Ramazanov was drafted onto the ONE Super Series roster in October 2018 and given an imposing challenge for his first bout. At ONE: KINGDOM OF HEROES, he was matched with future ONE Featherweight Muay Thai World Champion Petchmorakot Petchyindee Academy.

Though he had to face the Thai superstar in his hometown of Bangkok, he silenced the Thai crowd with a hard-earned unanimous decision.

“Even today when people introduce me, they say I am that guy who beat Petchmorakot. It is surreal when idols become rivals,” Ramazanov says.

“I am very proud to be a part of ONE. When I look around, I see great fighters, multiple-time World Champions, legends. It was a big step in my career to fight in the same organization as them.”

“Babyface Killer” was offered another chance in the Circle just a month later, and he did not hesitate to face Andrew “Maddog” Miller – his reward was a 57-second knockout.

“Taking this fight was a bit of a gamble, but when the manager offered it, I replied with a yes in one minute,” he adds.

After a few more thrilling performances, Ramazanov was chosen to compete against “Muay Thai Boy” Zhang Chenglong for the inaugural ONE Bantamweight Kickboxing World Title at ONE: MARK OF GREATNESS in December 2019.

After five rounds of action, the Dagestani had his hand raised and was awarded the biggest prize in martial arts.

“I do not even know how to describe the feelings [I had],” he says.

“This belt brought my name to the public and to a higher phase in sport, to the elite of sportsmen. This belt changed my sporting career.

“In the future, I want my name to be well known all over the world, I want to be one of the world’s top five fighters. I want to be remembered as a guy who faced many legends in the ring and won.”

He will get the chance to do just that at ONE: UNBREAKABLE on 22 January against Capitan, a Thai who is known for his record-setting knockout power.

If Ramazanov can defeat the heavy-handed striker, not only will he have defended his belt for the first time, but he will certainly elevate his name closer to greatness.