While having an Americanized surname would lead some to think he had a privileged childhood, he is actually a humble Filipino raised by a chayote farmer in the town of San Tomas Central, located within the populous Baguio City.

“My father’s real surname is ‘Kille,’ but since he was offered to change it to a more American-friendly spelling, he took the chance,” the 35-year-old says.

Like many families in that small town community, his parents made a simple living planting crops, and their children were expected to follow the same career path. That, however, was not a life Kelly wanted to lead. 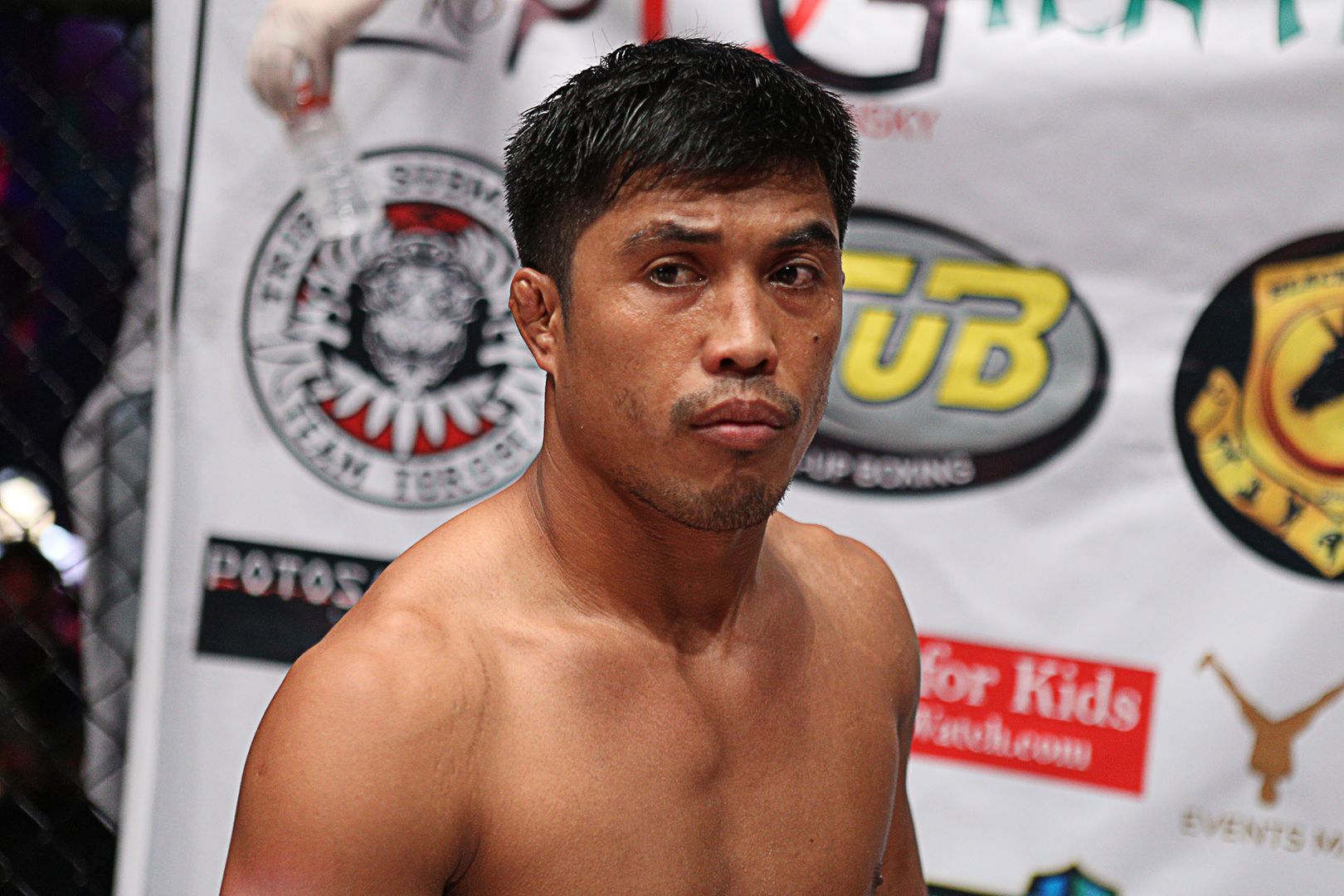 In addition, besides not wanting to jump into the family business, the eldest Kelly child was also not much of a role model for his six other siblings. Though he later introduced his brother Edward “The Ferocious” Kelly to martial arts, he originally chose a life on the streets after graduating from high school in 1999.

“I became a tambay (Filipino slang for slacker) in Baguio — drinking and hanging out in bars,” he candidly recalls.

Recognizing the dangers of such a lifestyle, “The Natural” wisely joined a kickboxing gym so he could learn how to defend himself.

Little did he know, the day he walked into the gym, his lifelong passion for martial arts would be ignited, and his life would change forever. 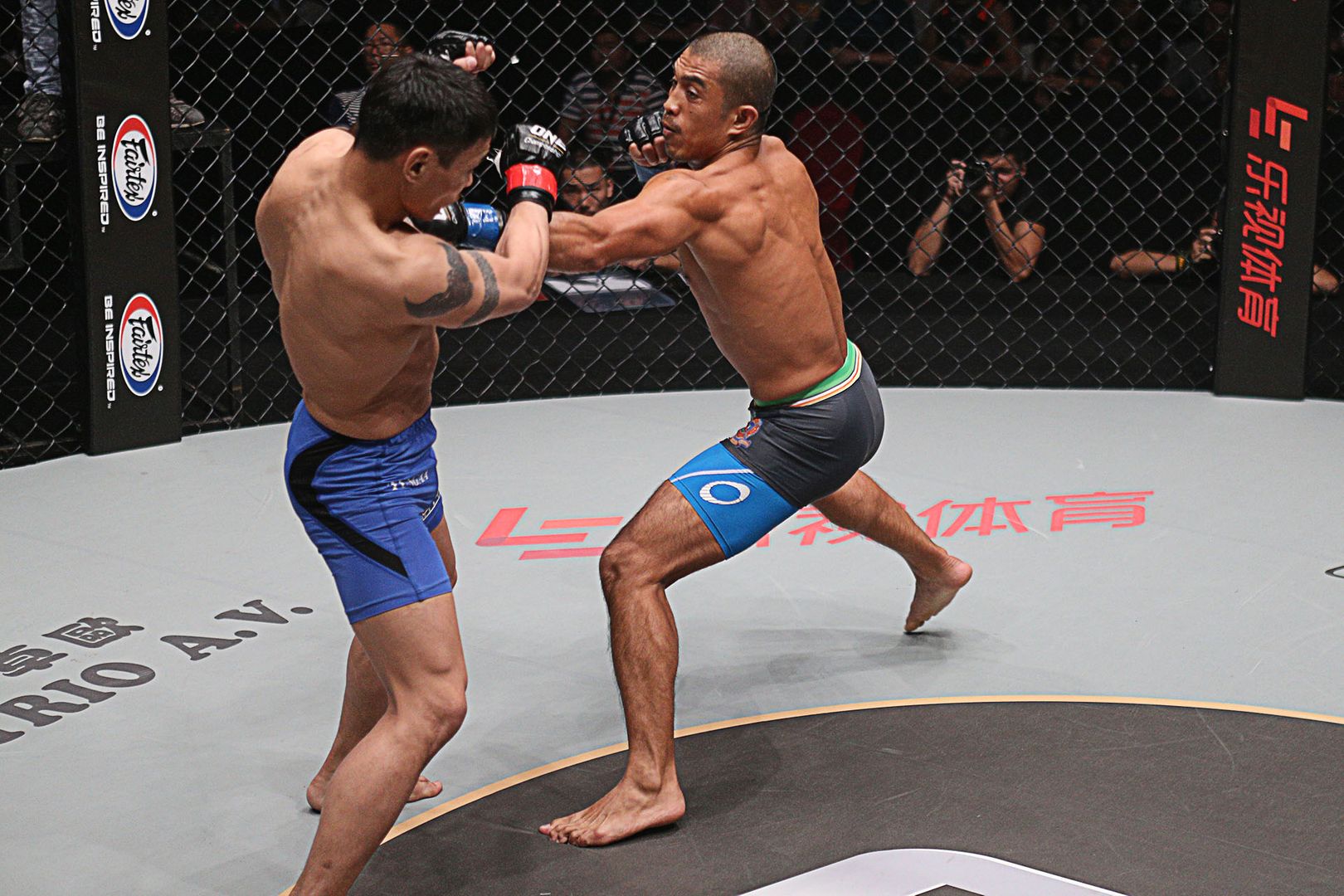 Universal Gym’s George Lusadan saw potential in the young Kelly, and urged him to take training seriously. That meant quitting his bad habits and vices, and dedicating his time to strengthening his body and developing his martial arts skills instead.

This much-needed discipline steered him away from the life of a slacker, and even brought him to the cusp of national glory.

Kelly joined the National Wushu Team in 2000, where he became a teammate of another Filipino martial arts great, former ONE Lightweight World Champion Eduard Folayang. He had a promising career in the sport, but in order to be a part of the team, he had to make certain sacrifices.

“When you enter the (Filipino national) wushu team, they have a culture where when you are with them, you cannot be anywhere else,” he says. “So during my time with them, there were trainings and scholarships that were offered to me that I had to turn down, because they would not allow it.”

Despite his dedication and devotion, his dreams were soon crushed due to injury. While training in China in 2004, Kelly unfortunately tore some ligaments in his groin during sparring.

The doctors at the Philippine Sports Commission (PSC) told him that his only options were steroid injections, a risky surgery, and time off from training. As all the choices meant he would not be able to compete, the wushu team sent Kelly home, and ceased his funding.

With his only source of livelihood gone, it was back to square one for Kelly.

“I went home with literally nothing, so I drove a taxi in order to support myself,” he says. 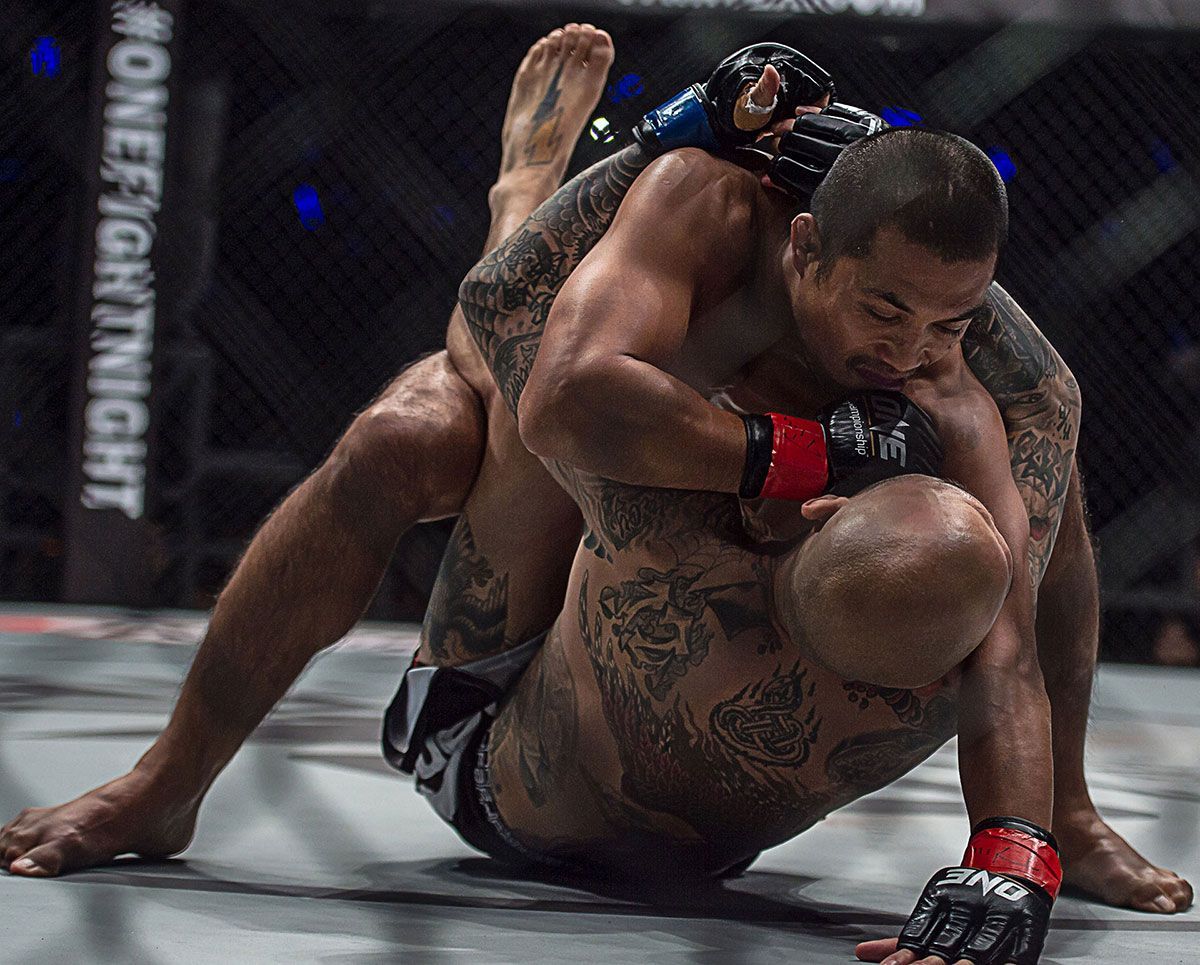 Despite this, Kelly was determined to follow the doctors’ advice to rehabilitate his torn ligaments, and religiously rode his bicycle around the steep slopes of Baguio.

After a year of enduring the pain of being away from competition and healing his body, he tried his luck in Manila. He searched for a gym to train at, and went to the city with nothing in his pockets and no network to speak of.

Fortunately, he found a home at the Yaw-Yan Ardigma gym run by Chef Christopher Romaine, better known as Chef Ro.

“Chef offered me shelter in the gym, and even provided me with food and allowances,” he shares. “That is why, even to this day, I consider him as my second father.”

With a renewed chance to train, the wushu athlete added other disciplines to his arsenal with the support and faith of Chef Ro. That was when Kelly really came into his own as a martial artist. 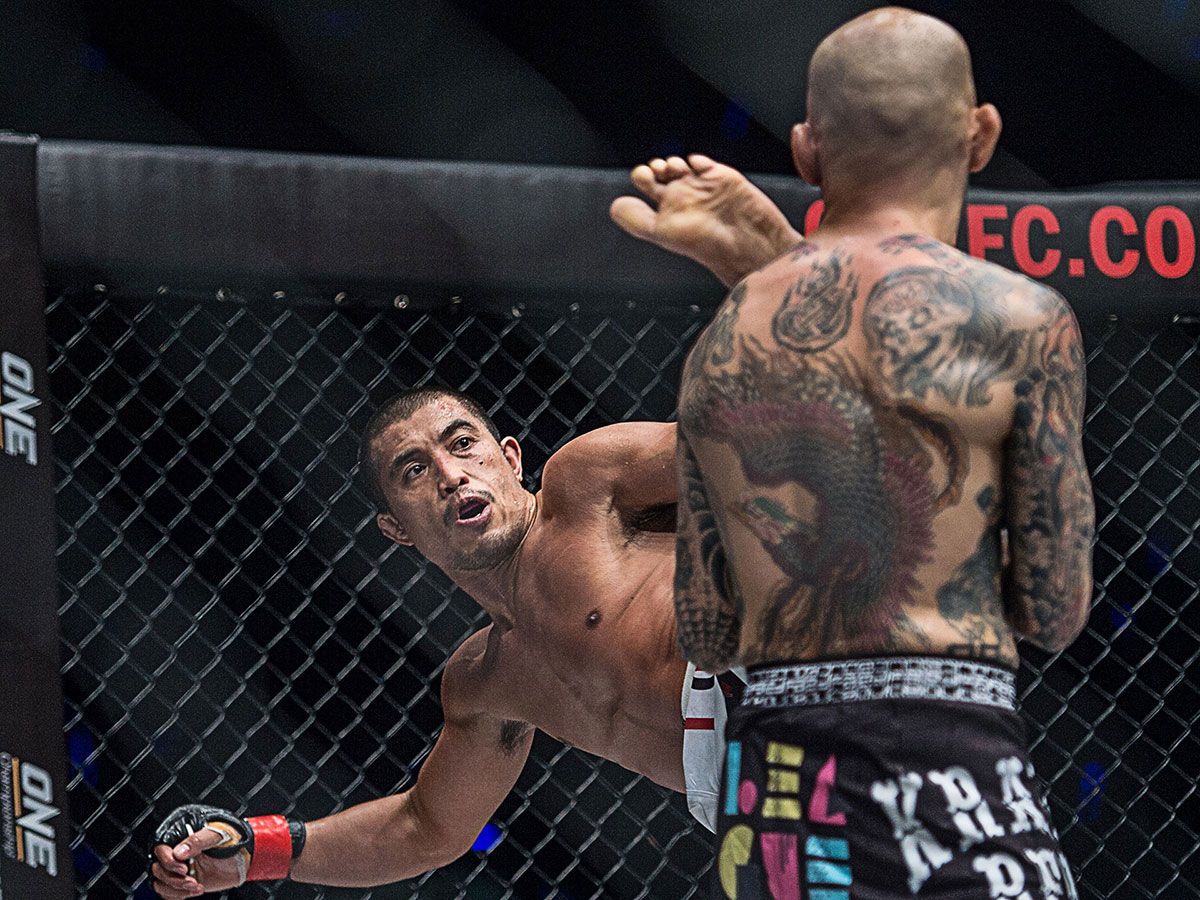 Kelly made his professional cage debut on the Filipino regional scene in 2009, won his first five bouts via submission, and displayed the innate cage ability that officially earned him the nickname of “The Natural.”

That led to a spot at ONE Championship’s inaugural event, ONE: CHAMPION VS. CHAMPION in 2011. Following his successful debut, he continued to decimate the competition, defeating the likes of Mitch Chilson via rear-naked choke and martial arts legend Jens Pulver via TKO.

Although Kelly had a strong start in the sport, fame got to his head. In 2016, he suffered a pair of stinging defeats, as he lost back-to-back bouts to former ONE Featherweight World Champion Narantungalag Jadambaa and ONE Lightweight World Title challenger Ev Ting.

While circumstances had gotten him down before, he admits it is his fault that his career took a downward turn. “I got a bit crazy with the money I got back then,” he says with a chuckle.

During this time, he also tried his hand at business and sales. He has experienced a fair degree of success outside of the cage, but his passion for competition still burns. The featherweight takes that lead from a Filipino boxing legend. 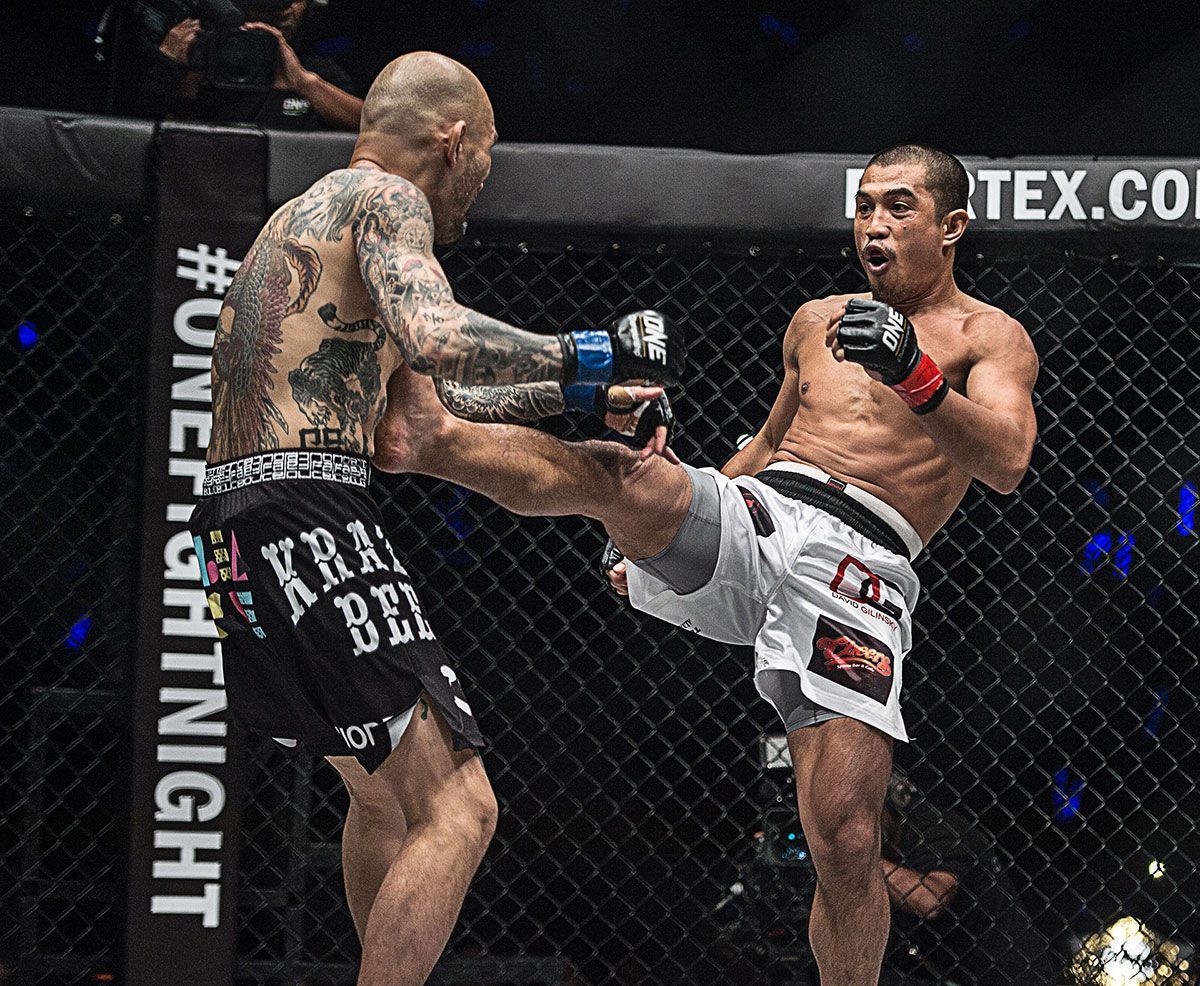 “I see Manny Pacquiao, and think that despite all the money that he makes, he still continues competing because of passion,” Kelly says. “I feel the same way, because when your body gets used to training, it will constantly seek it.”

“The Natural” made his return to the cage this past August at ONE: KINGS & CONQUERORS, where he clashed with former ONE Lightweight World Champion Kotetsu “No Face” Boku.

It was an exciting three-round affair, where Kelly dropped his Japanese counterpart twice and nearly finished him. But in the third stanza, the Filipino lost steam, which permitted “No Face” to score a come-from-behind TKO victory.

Although the defeats puts him on a three-bout skid, Kelly’s motivation has not wavered. In fact, he is perhaps even more driven to succeed than ever before.

“I have accepted the fact that I am in a bad spot,” he admits. “But I am taking all those experiences as lessons and inspecting them for my future bouts.”

Kelly’s immediate future lies with his next opponent, a returning Rafael “Indio” Nunes, at ONE: GLOBAL SUPERHEROES on Friday, 26 January in Manila. There, he will attempt to turn his career around and get back on the title radar.

After all, if there is one person who knows how to overcome adversity all the way from the bottom, then it is Kelly. He has done it time and time again.