As one of China’s most talented martial arts heroes, “Muay Thai Boy” Zhang Chenglong is on top of the world.

The 21-year-old can take another step toward ONE Super Series World Title glory this Saturday, 15 June when he faces Tyler Hardcastle at ONE: LEGENDARY QUEST.

The man from Shenzen has boldly predicted he will win by knockout, which is no surprise considering his vast experience and remarkable 47-12-1 (1 NC) record – despite his young age.

However, as he explains, this rising star was far from the confident competitor he is now just a few years ago.

Ahead of his return to the ring, “Muay Thai Boy” explains how his introduction to martial arts changed his outlook on life and put him on the path to greatness.

Chinese phenom Zhang Chenglong made the incredible sacrifice to leave his homeland, in pursuit of a martial arts…

Posted by ONE Championship on Saturday, June 1, 2019

Zhang was born in Zhoukou, where he admits life was hard because of his family’s financial situation.

“When I entered junior high school, I had to leave my village and study in the county,” he explains.

“There was a huge gap between my classmates and me in terms of finance. Education quality in the village was poor compared to the county, so I couldn’t catch up with the rest of my class.

“My clothes were old-fashioned, and my grades were low. I didn’t have any confidence at that time.”

“Muay Thai Boy’s” struggles had an effect on his performance in the classroom. Though he had shown promise as a youngster, by the time he got to junior high, his grades had fallen,

He ended up dropping out of his school, which he felt guilty about because he wanted to make his mother and father proud.

“When my academic performance dropped quickly, I lost all the confidence. In those years, parents loved to compete and brag about their children,” he adds.

“You could hear a lot of things like, ‘My son did so well in the last exam.’ But when it came to me, my parents could only say things like, ‘Well, my son has grown so tall recently.’”

Posted by ONE Championship on Wednesday, June 5, 2019

Luckily for Zhang, martial arts runs in his blood – his grandfather and father were professional competitors – and that helped him to turn his life around.

“When I was younger, my father taught me some traditional Chinese martial arts, so he sent me to the martial arts school,” he states.

“In the new school, I found out that I might suck at doing exams, but I had some talents in martial arts. Little by little, I regained confidence, and then I felt good about myself again.”

Zhang was delighted to follow in his relatives’ footsteps – including his older brother Zhang Chun Yu – and began his training in sanda and Muay Thai from the age of 12.

He took his dreams of becoming a professional martial artist very seriously, and left China for Thailand as a teenager to hone his skills in the birthplace of “the art of eight limbs” with its top training partners and opponents. 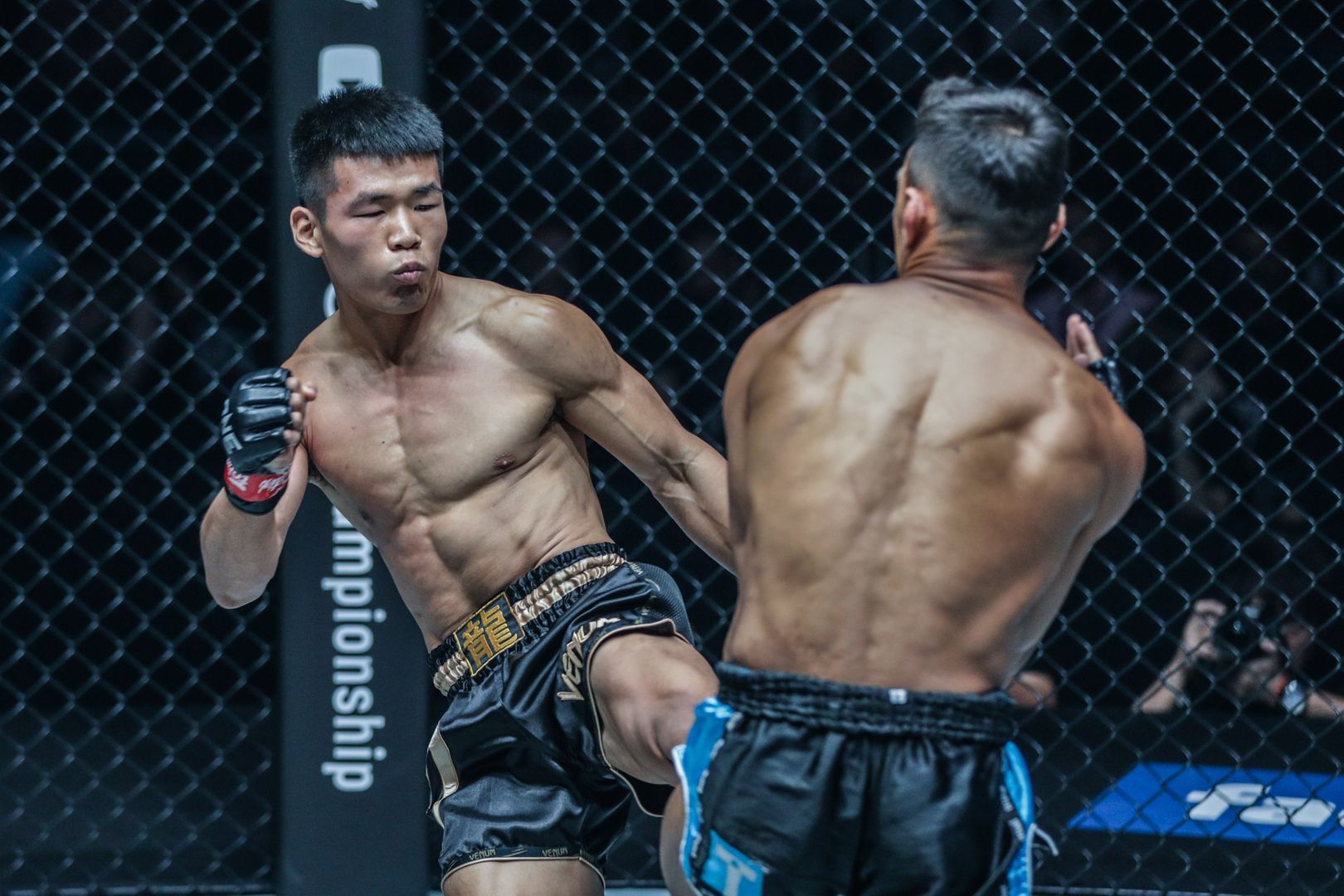 Zhang’s stay in Thailand undoubtedly shaped his development as an athlete, but it was his homeland and support from his family that he credits with making him a ONE Super Series star.

When Zhang returned from his stint in Thailand, he chose not to return home. Instead, he moved to Shengli Fight Club in Shenzhen to train under a coach who used to work with Japanese kickboxing legend Masato.

He also practiced alongside his sibling, who is his mentor, role model, and confidant.

“My brother is the one who leads me on this road of martial arts,” Zhang says.

“He guides me because he started training much earlier. He has more knowledge and connections in this field. He knows where to train to grow stronger, and which gyms have specific expertise.

“Without a figure like him, it would take one or two years to work things out by yourself. With the help of my brother, I walk faster on this road.” 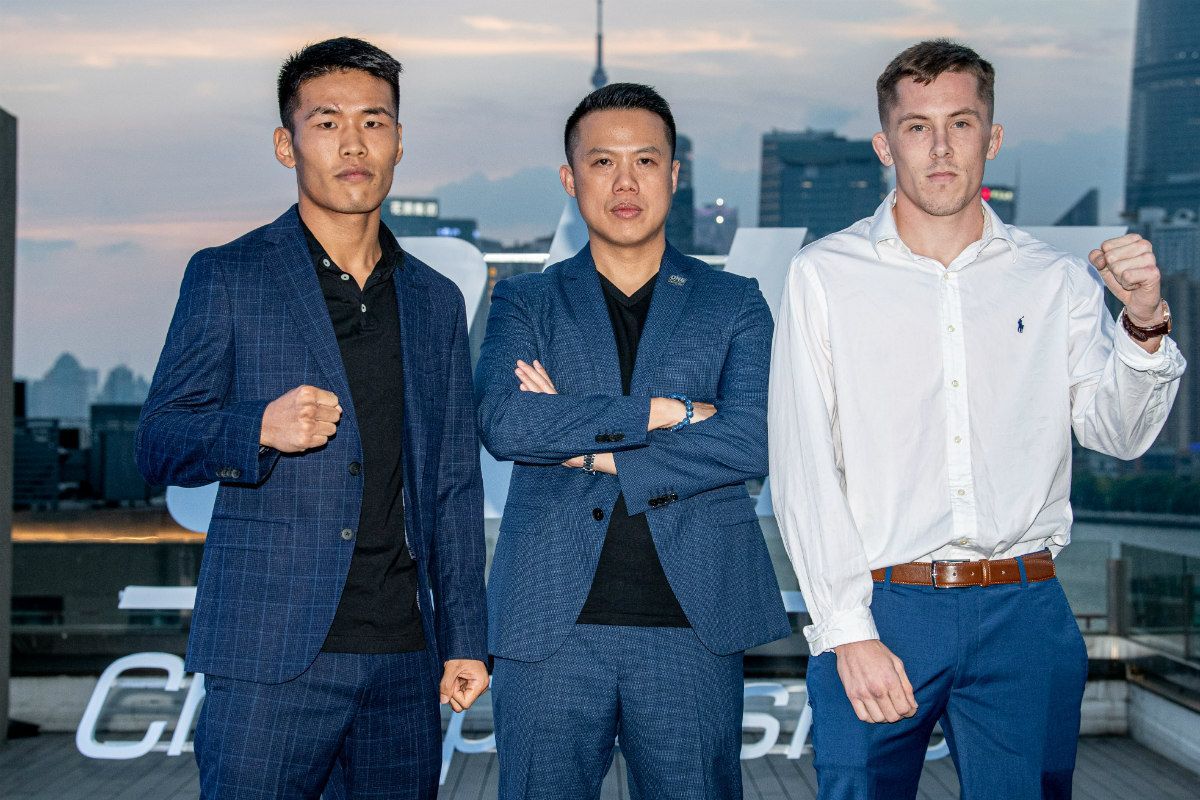 He is now two for two in the ONE Super Series bantamweight kickboxing division thanks to a decision over Cambodia’s Kong Sambo, and a thrilling unanimous decision win against Cyprus’ Panicos Yusuf last month. Another win against Hardcastle after a quick turnaround would propel him toward the top of his class.

That would be the greatest achievement of his – or any Chinese kickboxer’s – career, but as the 21-year-old explains, he is not just chasing honor for himself.

“As a professional, it’s natural to crave top glory. Becoming a World Champion would fulfill my dreams,” Zhang says.

“By winning the gold belt at ONE Championship, I can show the world the power of China. All the fans across the world will see the rising power of martial arts from China.”

“The other benefit of winning a belt is money so that I can go back home to buy a house. Mum and dad will be able to stop working so hard, and I can help to improve their quality of life.” 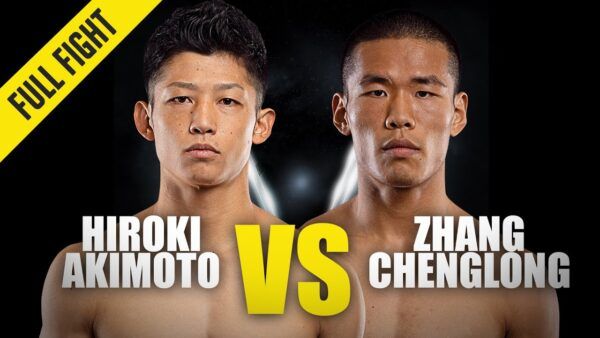 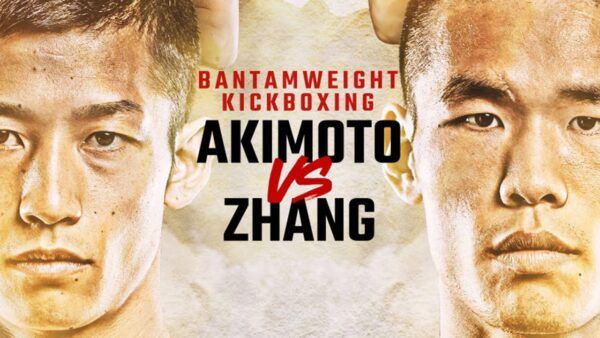