One of the most exciting strikers in the world is set to make his ONE Championship debut at ONE: ENTER THE DRAGON this Friday, 17 May.

Dzhabar “Genghis Khan” Askerov has arrived in The Home Of Martial Arts on the eve of the most anticipated tournament in martial arts, and he will face Enriko “The Hurricane” Kehl in the first quarterfinal match of the $1 million ONE Featherweight Kickboxing World Grand Prix at the Singapore Indoor Stadium.

The 33-year-old has a record of 107-35-2, including 54 wins by knockout, and he is prepared to unleash his power to make an immediate impact on the global stage.

“I want to get to the top of the best promotion and show beautiful, technical fights,” he says.

Ahead of his debut, learn how it has taken the seven-time World Champion from Russia 27 years of training across three continents to earn his spot in the world’s largest martial arts organization. 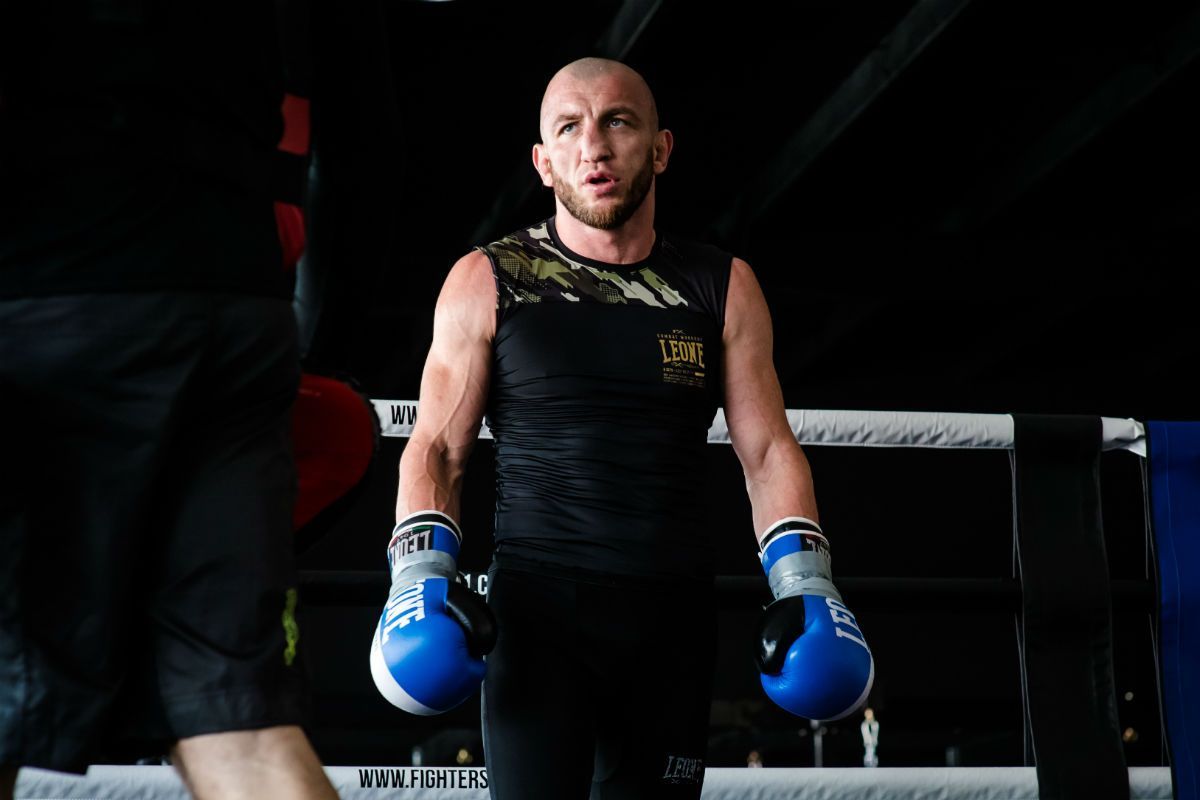 Askerov hails from the village of Kurah in Dagestan where his father, Magomed, was stationed for a year as a law enforcement officer.

As the youngest of three children, he enjoyed a happy childhood.

“I had an elder sister and a brother, so as the last child, I was a bit spoilt,” Askerov recalls.

Dagestan is a hotbed for grappling martial arts, and when he was a year old, the family moved to his father’s hometown – Magaramkent, famous for its judo school. There, young Dzhabar started a sports journey that became his career and his way of life.

“Sports plays a huge role in Dagestan. It’s a tough country that commands a strong body and an equally strong mind,” he says.

“My dad wanted his sons to train hard. It also kept us off the street and prepared us for life.

“All boys in my village were either into Olympic lifting or judo. My elder brother was making great progress in judo, so I naturally followed in his footsteps. My daily routine was simple – school followed by judo practice.”

Life was not always easy for the Askerovs, who moved to the city of Derbent when Dzhabar was 9 when their father lost his job.

Adjusting to a new school was tough at first because his new classmates tried to pick on him, but because he had grown up with martial arts, he had no problem standing up for himself.

“They tried looking down on me and bullying me at first because I was from a village. It took me two weeks to make them understand that they picked the wrong target,” he explains.

A Long And Hard Road 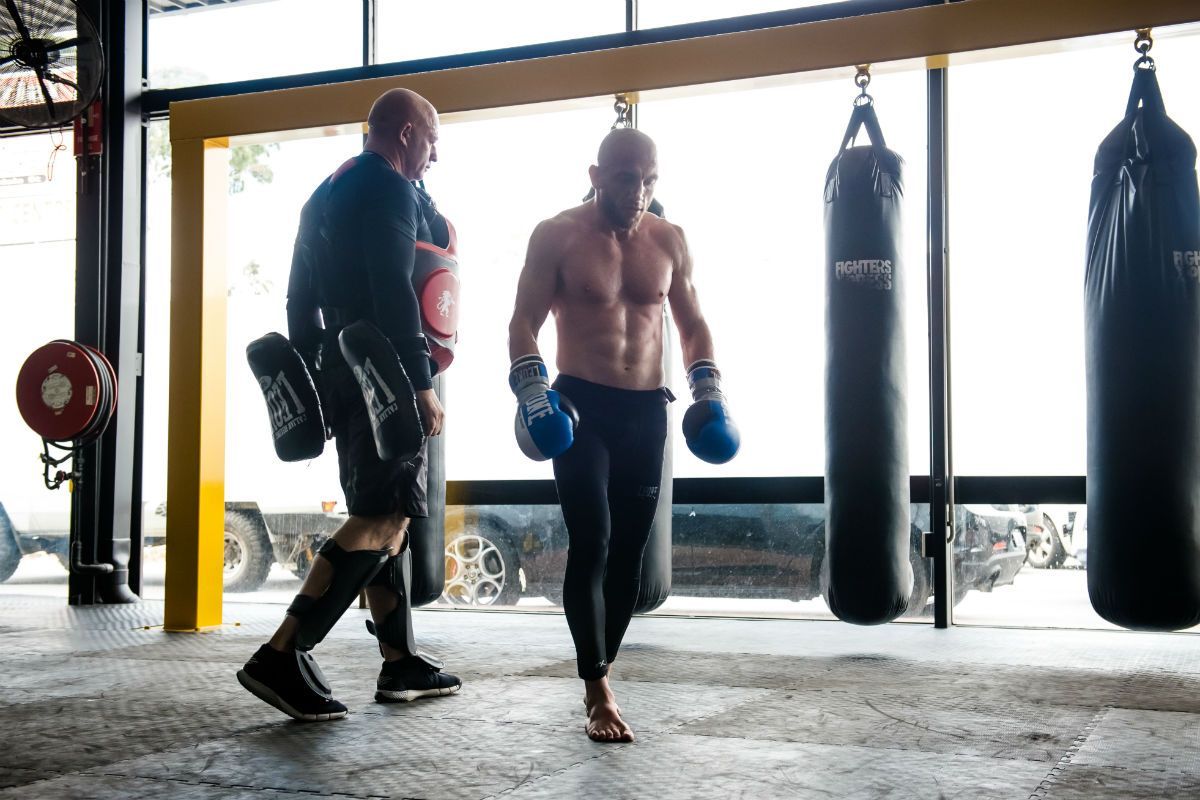 When he lived in Derbent, “Genghis Khan” added freestyle wrestling to his routine, and he loved the combination of his grappling martial arts.

Although his family was not blessed with great wealth, he had no trouble taking part, and then adding even more classes to his schedule.

“All I needed to train was a pair of shorts for wrestling or my elder brother’s kimono for judo,” he explains.

“My new school in Derbent offered free wrestling classes, I fell in love with the sport immediately. My schedule was already insane, but soon I also added calisthenics.”

On top of all of that, Askerov’s father was also keen for him to add striking to his repertoire and pushed him into kickboxing.

However, his son was not as enthused with this new discipline. He was one of the youngest and smallest kids in the group, and he was often hurt by the bigger boys. Also, because money was tight, he could not always train with the correct equipment.

“Sometimes we trained in winter gloves. They were slightly padded, but it didn’t help much. I could not afford wraps, either, so my knuckles were always smashed,” he says.

“I didn’t like it at first, but when [my dad] asked me about it, I lied and said it was okay. I had too much respect for him and his efforts to tell the truth and upset him.”

Magomed was desperate for his son to succeed, so he did everything he could to help him improve. He put a punching bag in the garage and fixed some sheets of thick cardboard onto the walls to punch so he could strengthen his wrists and knuckles.

After three years Askerov moved again, this time to Makhachkala, the capital of Dagestan.

The city offered more opportunities, and on the advice of his coach from Derbent, he started to train with Zainalbek Zainalbekov, one of the most respected Muay Thai coaches in Russia. From then on, he was committed to making his living in the ring.

“Sports has always been my life. At 15 years old I understood that it would be my career – my bread and butter,” he says.

However, his efforts to train were made difficult because he could not afford a bus ticket to get to the gym. If he was lucky, trolley-bus drivers allowed him to hop on without paying.

Sometimes, he could only catch a one-way ride and had to walk 15 kilometers – often through the rain or snow – to get home. On those days, he would fall into his bed around midnight to catch a few hours of sleep before he woke up early for another training session and a day at school.

He honed his skills in Dagestan until 2005 when he moved to Thailand to forge a career in “the art of eight limbs” among the sport’s most elite competitors. After more than 100 professional bouts and more than a dozen championships, the Russian powerhouse became known as one of the top competitors in the world.

Now living and training in Melbourne, Australia, “Genghis Khan” is looking forward to returning to the birthplace of martial arts and testing himself against the best athletes in the world.

“Coming back to South East Asia and competing as a kickboxer will be amazing. I feel deeply connected to this part of the world,” he says.

“I think in terms of kickboxing, the ONE Super Series World Grand Prix has the best lineup in the world right now. When I look at the tournament bracket, I get goosebumps.

Askerov’s first opponent is an old rival in Kehl, in a match that promises to be one of the most entertaining at the Singapore Indoor Stadium this Friday.

He has beaten the K-1 World MAX Champion twice before – once by decision in 2013, and once by KO in 2014 – but the Russian juggernaut knows his opponent well enough not to underestimate him.

“Enriko is a very strong guy, both physically and mentally. No doubt he is seeking redemption and training hard for our fight. His strongest point is his physical conditioning, but I can win due to my experience.”

“I am not ready to talk about my game plan before the fight, but you will see my plan in action on 17 May.”