Gina “Conviction” Iniong (6-3) never planned to become a martial artist, nor did she ever believe she possessed the talent, or ability, to become a world champion.

During her high school years, however, the Baguio City native met a martial arts pioneer who gave her the assurance she needed to trudge forward in her pursuit for greatness.

Similar to many young people in the Philippines, Iniong first discovered the martial arts when she stepped into a boxing ring at the age of 17. Boxing is one of the most popular sports in the country, and many train in the discipline for fitness and recreation.

However, as the Filipina continued to practice boxing as a hobby, she quickly learned that she had a natural ability to compete.

“It was just something to keep me busy at the time,” the 28-year-old explains. “But the more I trained, the better I became. It felt like I was meant to be a martial artist, somehow. Every time I trained, I was more and more comfortable with it.” 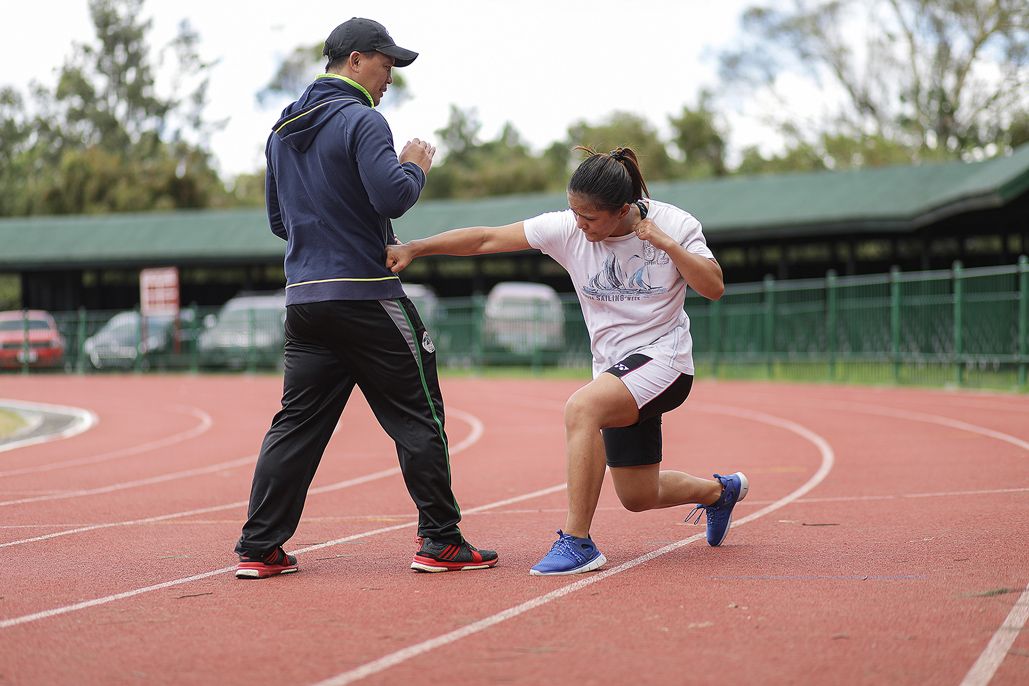 Iniong transitioned to wushu during the latter part of her high school tenure, and soon caught the attention of Team Lakay’s head coach Mark Sangiao, who always has his eye on emerging young talent from the Philippine summer capital. He pushed and motivated her to consider making a career out of martial arts.

“When coach Mark saw me train, he helped me to realize that martial arts is what I wanted to do with my life,” she says. “He saw the potential in me, and encouraged me to start competing.”

“Conviction” would go on to become a six-time Philippine national wushu champion, and amassed an unblemished 14-0 record in the discipline.

In February 2010, she took her passion to the next level, and made her professional debut inside the cage. She won four of her first six bouts, and even took home a victory against Japanese veteran, and forthcoming world title challenger, Mei “V.V.” Yamaguchi, in March 2014. 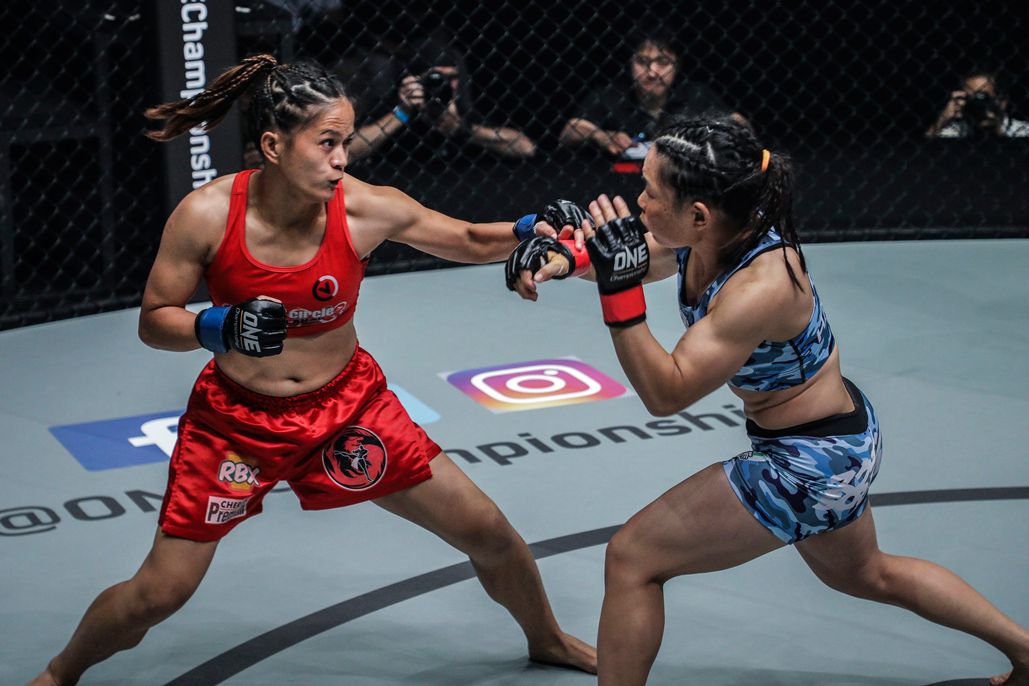 Behind all of Iniong’s success has been Sangiao. He has continued to push her to see how far she can go, even when she cannot see it for herself.

“I have never been a confident person. I have always been shy. I am quiet and reserved, and my personality is a little laid back. But when it comes to martial arts, I have a fierce side to me. Coach Mark has seen that, and he continues to motivate me to work hard to reach the top,” Iniong says.

“I have to keep training, to keep my edge. I know I can be a world champion. I know that in my heart, so I have to work very hard to achieve that dream. If I can keep getting better, and keep winning, I know I will reach the top sooner or later.”

“Conviction” has the right mentality, and is supported by the right cast of characters who will help make her dream come true.

Sangiao will be in her corner on Friday, 20 April, when she meets another former world title challenger in Jenny “Lady GoGo” Huang (5-2) at ONE: HEROES OF HONOR, which emanates from the Mall Of Asia Arena in Manila.

A victory could catapult her into a title shot against the division’s reigning queen “Unstoppable” Angela Lee, or perhaps a trilogy match with Yamaguchi, should the Japanese defeat Lee on 18 May at ONE: UNSTOPPABLE DREAMS.

The Filipina is aiming for the championship, regardless of who holds the belt.

“It would be an honor for me to compete for the world title in the near future,” she states.

“I know coach Mark will be right there by my side, motivating me again, if I get that call. He has always been incredibly supportive. [He is] more than just a coach to me; he is like a second father to me, and he really cares about his students very much.”

By defeating Huang, she could position herself for a title shot. And, if she could capitalize on such an opportunity in the future, she would become the Philippines’ first female ONE world champion.