Gianni Subba earned his reputation as one of the most exciting athletes in the ONE Championship flyweight division, but with his nights under the spotlight on hold, he has found another outlet for his expertise.

Subba is currently on the competitive sidelines due to a medical suspension, and though it has been tough for the Malaysian star, he has found solace in his new role. 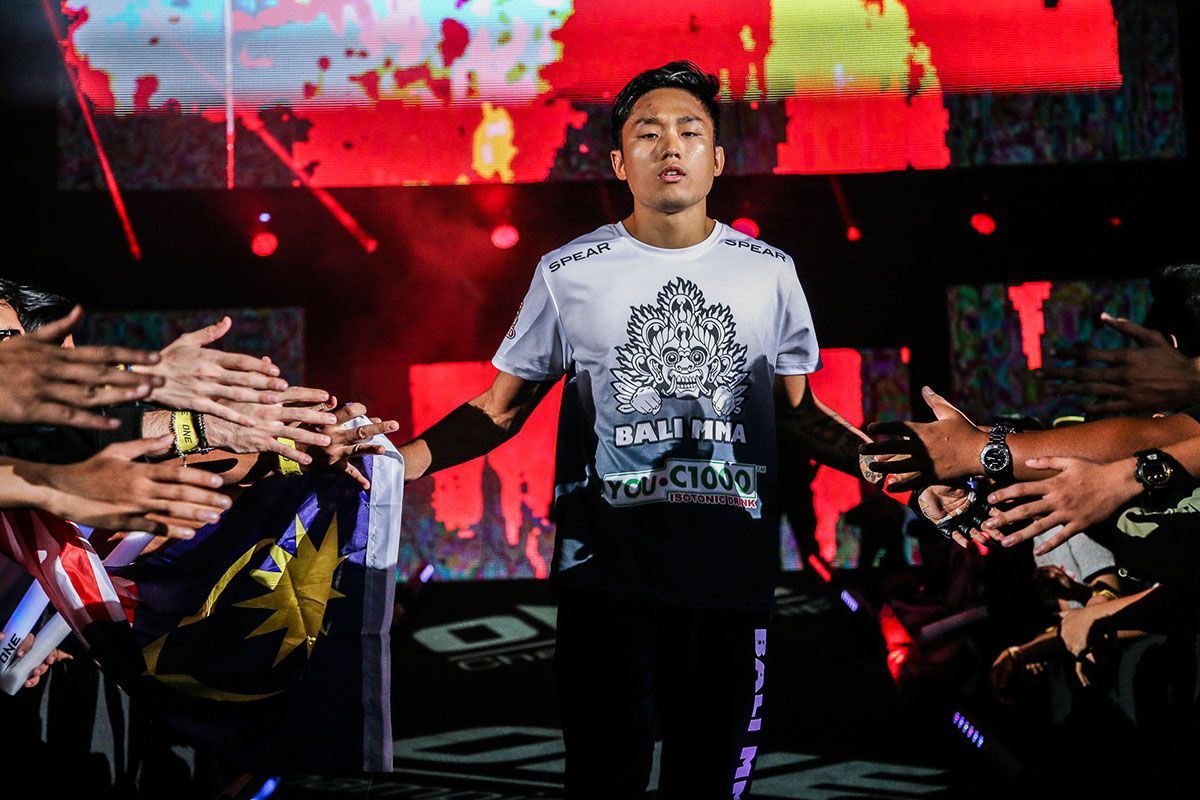 The 27-year-old from Kuala Lumpur has swapped 4-ounce gloves for a microphone as the color commentator for Rich Franklin’s ONE Warrior Series, and occasionally, the big show.

Subba was in the right place at the right time for his first opportunity on the global stage. Michael “The Voice” Schiavello fell ill just before ONE: FOR HONOR was due to get underway in Jakarta, Indonesia last May, and he had the courage to step up to the plate.

“Man, 2019 was a pretty crazy year. The first few months were a bit slow, then in May all that changed instantly,” he reveals.

“Just hours before the show in Jakarta, [one of the producers] came up to me and asked whether I could commentate. It was something I’ve been wanting to do for quite a while, ever since I got my injury, and I knew that this was the chance for me to make it a reality.”

Nerves crept through him at that point, but similar to how he tackled obstacles in competition, Subba overcame them and took charge of his emotions.

With the assistance of ONE regular Mitch “The Dragon” Chilson – who also swapped the Circle for the commentary booth – his broadcasting career went from zero to 100 in the blink of an eye.

Great night of Action tonight on Rich Franklin’s One Warrior Series. Bali team had a great showing, and I got to call the action alongside these Legends. #grateful

The Bali MMA representative took to the job well, but it was not all smooth sailing throughout the night. He had his mettle tested in an unprecedented way when, seven bouts in, his brother Keanu suffered a broken shin in his match with Japan’s Ryogo Takahashi.

The elder of the famous Malaysian siblings was originally at the Istora Senayan to support his younger brother, but now he had to maintain his focus on the millions of viewers tuning in to the global broadcast as Keanu’s injury was treated.

“That night was a dream come true for me, but after the injury that Keanu sustained, I wasn’t thinking about my night anymore,” he admits.

“It felt like a bad dream, but I knew my brother was in good hands with [his coach] Mike [Ikilei], and my dad.

“I couldn’t have done much even if I left, and I knew he would have wanted me to sit down and continue my job. So, that’s what I did. I just wanted to represent us.”

Impressed by his skills on the mic, ONE offered Subba the chance to commentate at OWS 6 on 20 June, and he rose to the challenge again. The Malaysian hero took the hot seat alongside experienced commentator Steve Dawson and ONE Vice President Miesha Tate.

Those opportunities allowed him to get more hands-on experience at ringside, and also gave him the chance to come face-to-face with the man behind ONE’s developmental league, Rich Franklin.

“Rich and I spoke before one of the shows, and he told me he loves what I’m doing. He liked my debut in Jakarta, and that was really cool to hear coming from a guy like him,” he recalls.

“He gave me some good advice, too, telling me not to worry about messing up as OWS is the platform for you to build your career.”

After three successful outings with ONE Warrior Series and ONE Hero Series, his unexpected journey accelerated quickly. Subba was asked to call the prelims of the biggest event in martial arts history – ONE: CENTURY in Tokyo, Japan, on 31 October.

He was excited for his biggest test yet and he drew on his experience to give him more confidence in the booth.

“I wanted to give the best I could. When I walked into the stadium and took my seat, I felt rather comfortable compared to previous occasions,” he says.

“I believe Steve [Dawson] and I did a great job on the prelims. There was still some room for improvement on my end, but it was such an honor to be part of that card.”

Since then, Subba has added two more events to his résumé – OWS 9 in December 2019 and OWS 10 in February this year – and his most recent outings have shown the strides he has made with his skills.

Taking lessons from his competitive career, the flyweight sensation revisits his performances and analyzes them to pick up on his weaknesses, as he knows that success can be a process of trial and error.

Big thank you to @onechampionship and @yodchatri for the opportunity to commentate on the One Hero Series yesterday alongside @gulasahi . I trust and believe in my knowledge and understanding of the sport, but I’m not ashamed to say that I’m a white belt when it comes to the intricacies of broadcasting. I can’t thank the whole production team enough for guiding me through this process, and making me feel very welcome and at home. Growth and progression is an endless journey and I am grateful for this moment.

“I think I’ve grown a lot in terms of my confidence. I’ve been working a lot on being more precise with breaking down the grappling exchanges as well,” he offers.

“I see the action very fast in my head, so sometimes I still catch myself getting tied up, trying to get everything out in a hurry. Fortunately, the whole production team has been so patient and understanding with me. I’m glad to work with all these talented people.

“I always appreciate the feedback, too. It helps me know what I’ve done wrong or right so I can make sure I don’t repeat the same mistakes again.”

Subba is passionate about his new career, but his ultimate ambition of competing against the best flyweights in the world’s largest martial arts organization has not drifted away, and he hopes to return to action in the Circle when he gets the all-clear. 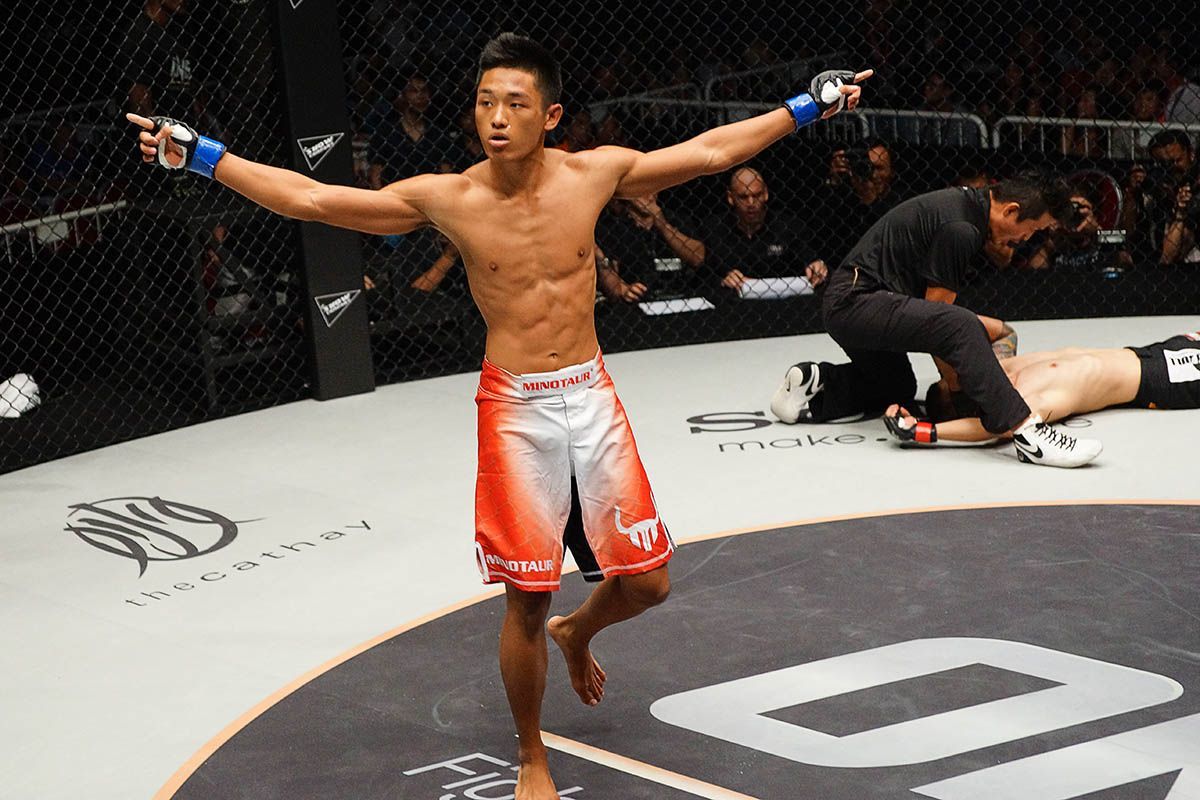 “I feel like I’ve improved a lot [as an athlete] in the last 12 months. I’m still training every day, so whenever the opportunity comes, I’ll be ready,” he asserts.

“But, of course, I’m also looking forward to more commentating roles in the meantime!”