Brad “Quake” Riddell has dominated the national kickboxing circuit in his native New Zealand, and neighboring Australia. Now, the 26-year-old has the chance to meet the world’s best strikers, thanks to his recent signing with ONE Super Series.

Riddell will debut at ONE: HEROES OF HONOR in Manila, Philippines on Friday, 20 April, and his first assignment is a tricky one. He is scheduled to meet Lion Fight Welterweight Champion and MFC World Champion Regian “The Immortal” Eersel under kickboxing rules.

Ahead of this mammoth clash at the Mall of Asia Arena, find out about the Kiwi warrior as he continues his ascent towards the top.

It was a good childhood for “Quake,” who resided in Christchurch, the largest city in New Zealand’s South Island.

Like most other kids in that part of the world, the sporting endeavor of choice was rugby,  a sport Riddell enjoyed due to his inclination towards high-octane activities. He found that contact sports helped his temper, which was known to flare up at school, or in rugby games.

Growing up alongside his two brothers, it was a lifestyle that produced ‘Southern Men’ – outdoor-types, good with their hands, and a life spent hunting and fishing. This kind of active pursuit was encouraged, and later helped in the maturing athlete’s physicality and mindset.

#Repost @engageind with @get_repost ・・・ All The Work Is Done, Now It's Time For The Fun..

From The Pitch To The Ring

Physical sports were not only fun for Riddell, but seemingly necessary to give him an outlet for his aggression. Scuffles on the rugby field led him to kickboxing at the age of 14, with YouTube videos of Muay Thai legend Buakaw being the catalyst.

“I just turned up at the gym when I was 14,” he reveals. “I trained for a few months, and I enjoyed it, so I decided that I wanted to compete. It took me ages to get my first bout, though. I was about 17. There was not really a scene in my city.”

The quieter South Island meant finding bouts was much harder, but eventually “Quake” got the debut he wanted, and found the taste of victory so sweet that it would be an instant life-changer.

Riddell tried to make rugby and martial arts work together, but there was a pivotal moment that made him think twice. A dangerous tackle on the pitch saw him break his leg a week before a title bout. Confined to a hospital bed after surgery, he began to resent it.

“That made me hate rugby, because it took away my opportunity to win the belt,” he recalls.

Soon thereafter, at age 18, Riddell took out a loan to join a friend on a trip to Thailand, and endured three training sessions a day. By this point, he was completely hooked. 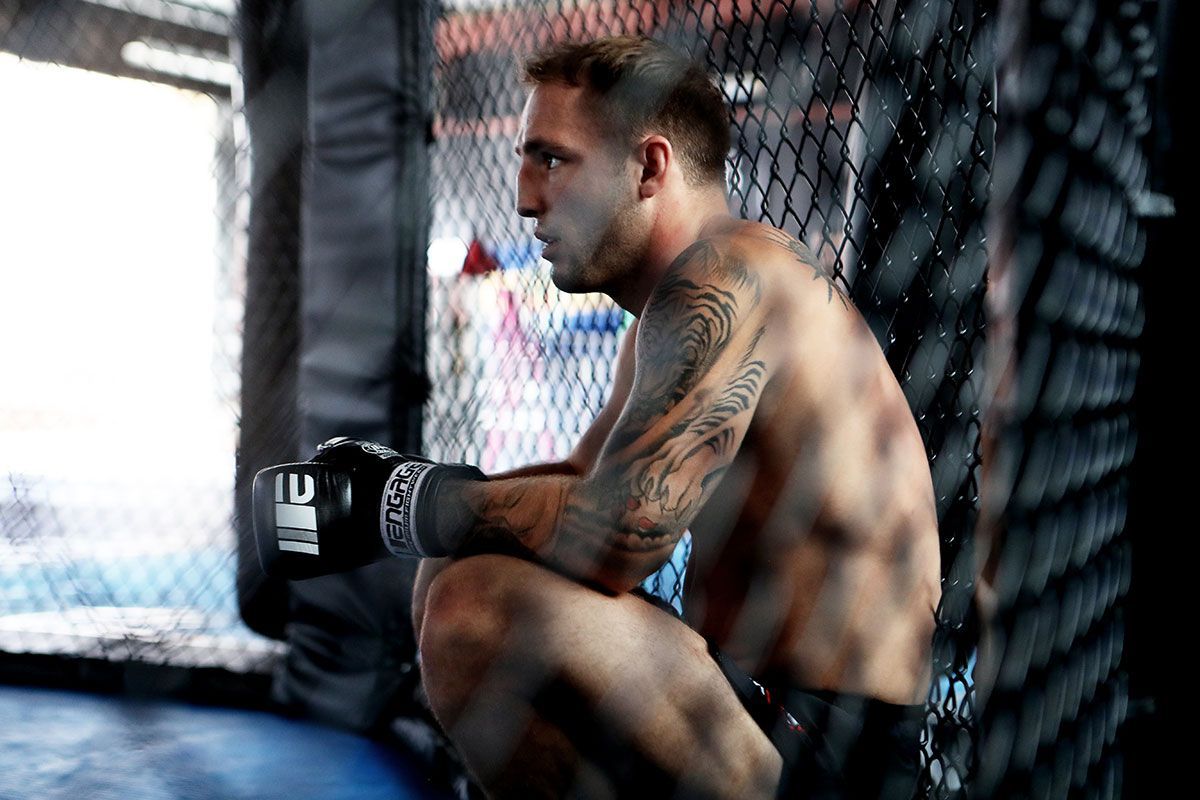 The 2011 Christchurch earthquake came close to bringing the city to its knees. Nearly 200 people were killed, thousands were injured, and buildings and infrastructure were destroyed.

Riddell was fortunate enough to be in Thailand when the first quake hit, but he felt the force of the second on his return home.

“I did not really understand the gravity of it at first,” he acknowledges. “But I came home and experienced the second one, which was pretty crazy.

“It affected my parents, and caused them a lot of stress. Their house got ruined. They got into a massive battle with the insurance companies, [and experienced] a whole lot of pain and grief they did not need. It eventually got settled six or seven years later.”

Despite the turmoil, Riddell’s father was awarded a prestigious bravery award as a firefighter, an occupation that has been a good source of inspiration for his son over the years.

An opportunity came up to live, and work, in a hotel in Auckland in the country’s North Island. With nothing else on the cards, Riddell decided it was worth a shot.

“The city was destroyed, all our jobs,” he recalls. “The rest of my mates went into trades. I would definitely have gone down the same route if I had stayed there.”

While in Auckland, Riddell found City Lee Gar kickboxing, learned under coach Phillip Lam, and trained alongside Steve Hahm, Dan Hatch, and Tony Angelov. He progressed quickly, and had 13 bouts in his first year alone.

Although the natural disaster crushed his home, from it sprang the chance that effectively changed his fate. “The earthquake ruined the rest of the city, but it gave me an opportunity,” Riddell recognizes. “It gave me a push in the right direction.” 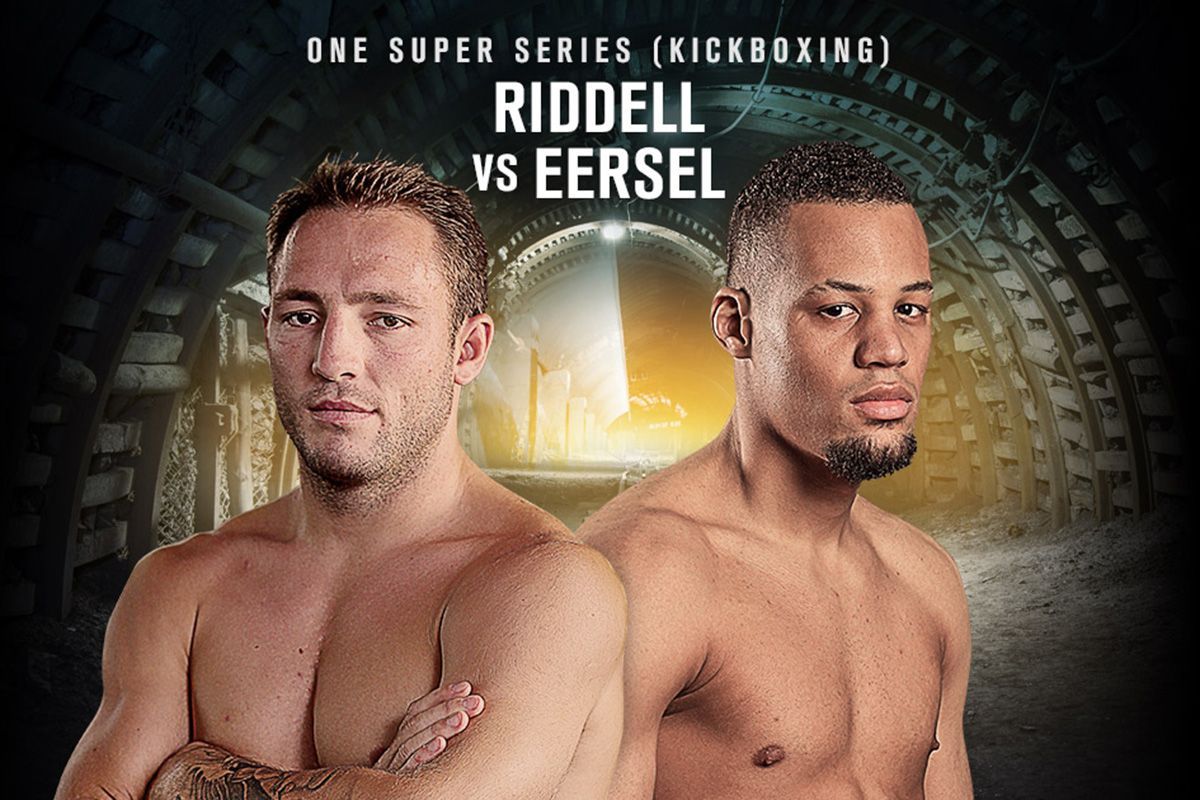 With numerous titles to his credit, and a professional record of 59-8, Riddell has already proven himself to be an elite martial artist. A move to City Kickboxing gave him the ability to train full-time with a squad of other professionals, and he has thrived ever since.

The breakout moment came when he met Aussie Muay Thai legend, John Wayne Parr. “Quake” took their first bout on two days’ notice, and earned the respect of both his adversary and the fans. However, that was not enough for him.

Redemption came when the pair met again, and Riddell repeatedly dropped “JWP” to the canvas, en route to a convincing victory.

“Even my dad thought that was pretty cool, and turned over to my side,” Riddell jokes.

As it stands, he is a WKBF World Kickboxing Champion, a New Zealand WMC Champion, and a Commonwealth Middleweight Champion, yet he believes he is still just getting started.

Riddell is taking aim at the top. He wants to prove himself against the Giorgio Petrosyans of the world, and ONE Championship is where he wants to fulfill that dream.