Ahmed “The Wolverine” Mujtaba (8-1) felt a forearm tighten around his throat as his body turned sideways, much to the delight of a partisan Kuala Lumpur, Malaysia crowd. 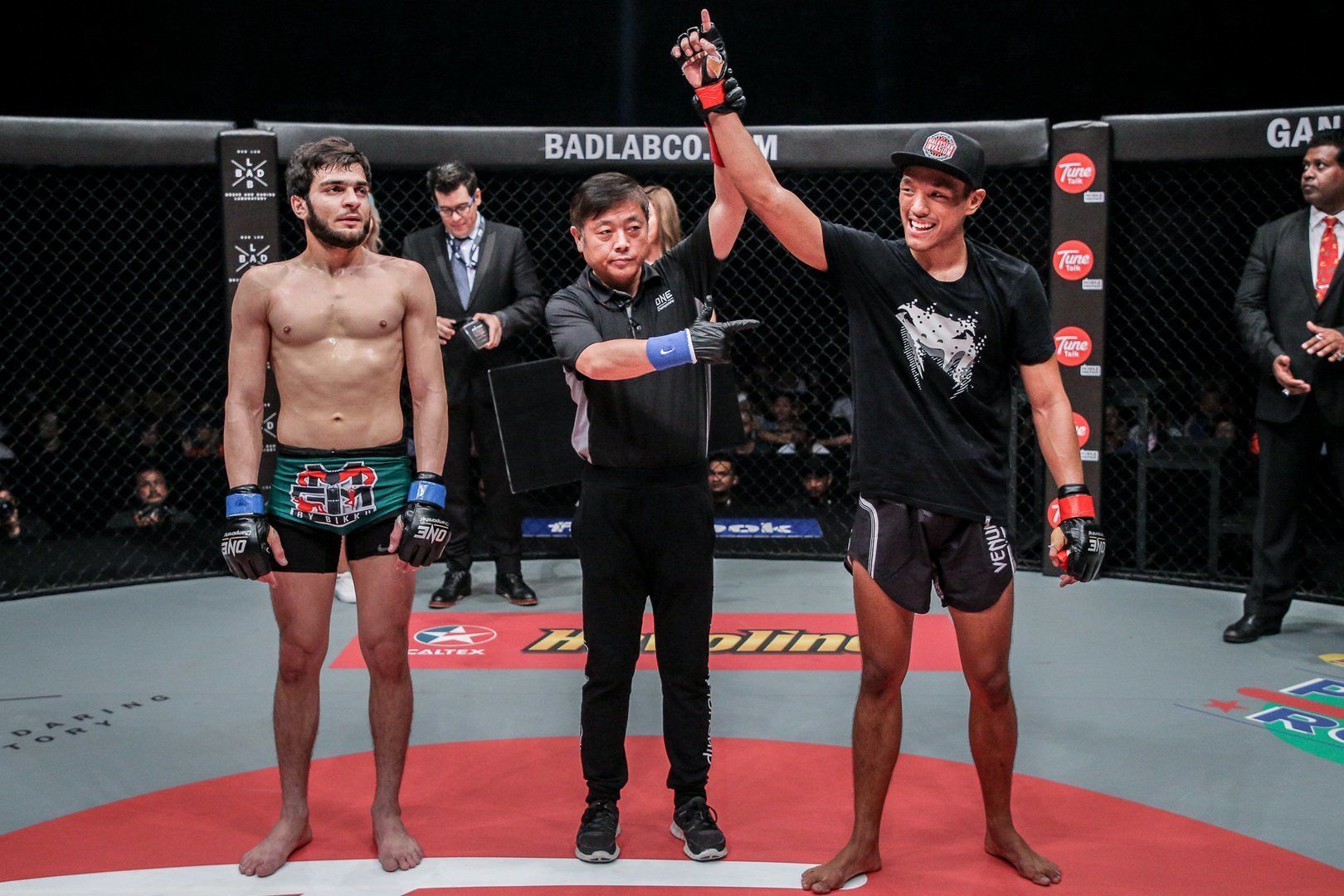 Back in February, after dominating in his first six bouts, it was the Pakistani martial artist who was on the wrong side of victory. He was submitted by Malaysian hero Keanu Subba in the opening round of their featherweight tilt at ONE: THRONE OF TIGERS.

A first defeat can be one of the stiffest tests a martial artist encounters during the course of his or her career. Some come roaring back and are better than ever, while others sink into obscurity.

Mujtaba is determined not to fall into the latter category. 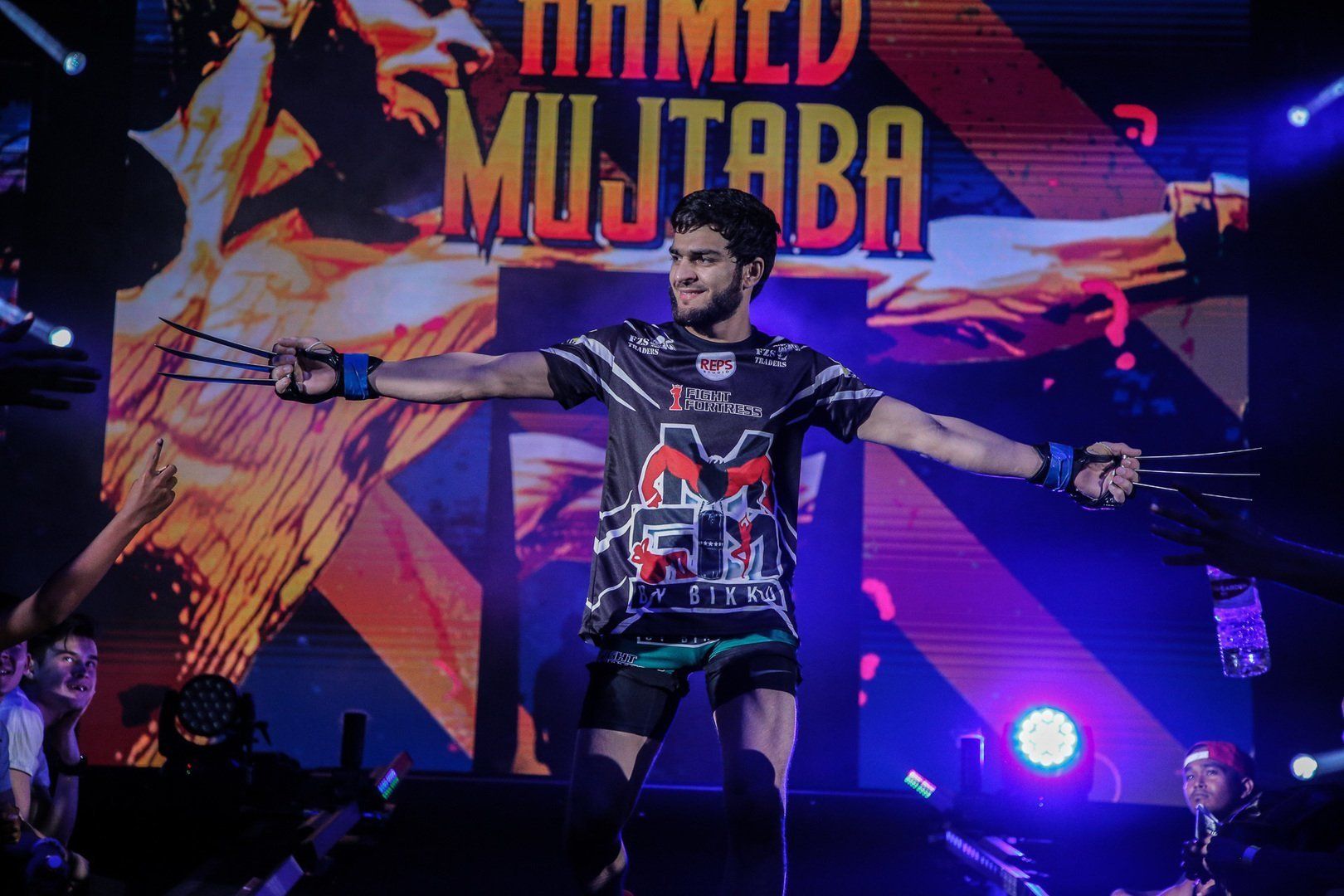 He is set for an epic rebound when he returns to the cage to face China’s Li Kai Wen (6-3) at ONE: IMMORTAL PURSUIT, which broadcasts live from the Singapore Indoor Stadium on Friday, 24 November.

The Quetta, Pakistan-based pugilist has his previous outing firmly in the rearview mirror, and the setback has not shaken his confidence. If anything, he has more of it now.

“Loss is sweet,” the 24-year-old begins, explaining that the defeat was a blessing in disguise.

“It is sometimes better to feel that. You come to know that you have to work harder and harder. I have learned many things, and now I have more dedication and hunger for this sport.” 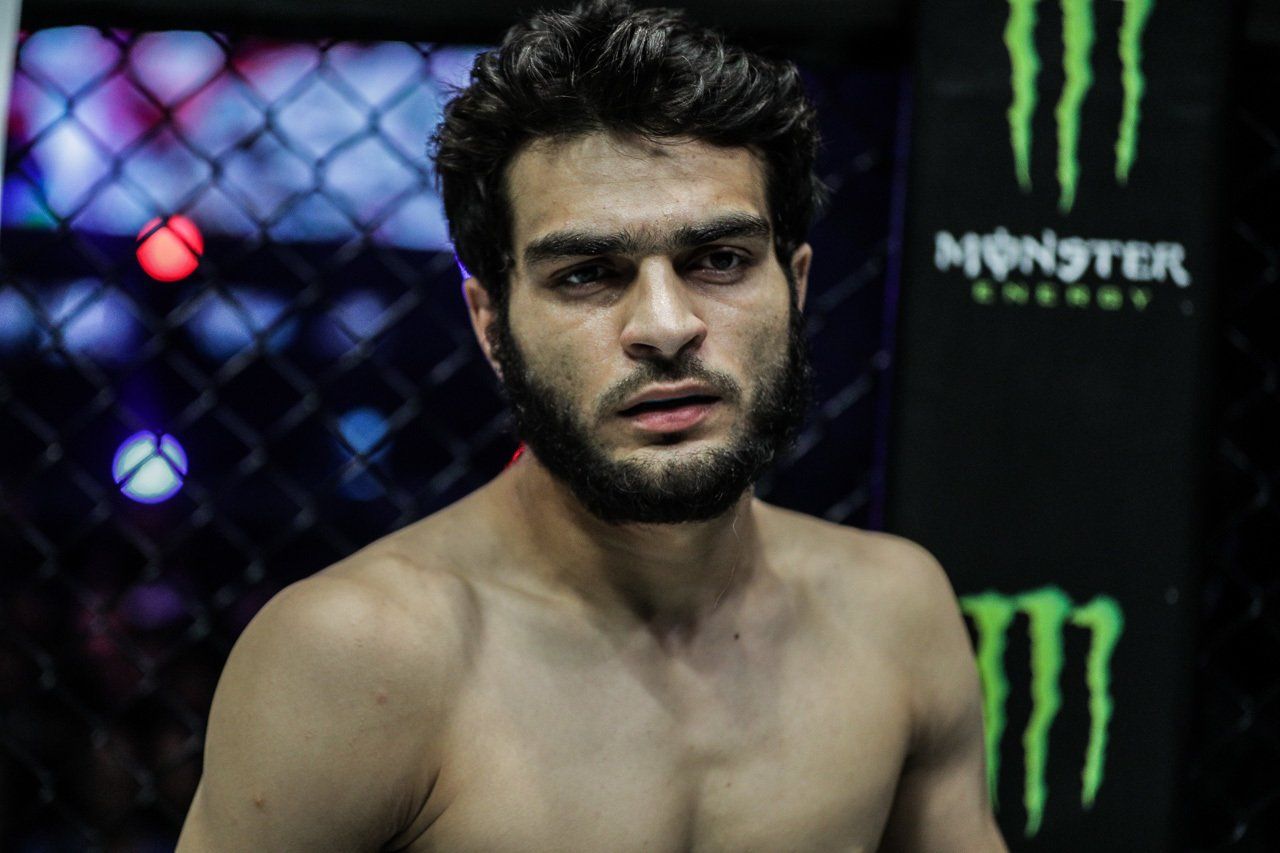 Mujtaba’s speech belies both his time on earth and his time in the sport.

At 24, he speaks like a seasoned, battle-tested cage veteran. After all, it has only been four and a half years since he made his professional debut, and back then Pakistan’s martial arts scene was still in its infancy. There were very few shows, and the payouts were very little, if there were any at all.

“For a moment, it was sad,” he admits. “But I was doing this for the growth of martial arts in Pakistan. My goal was to compete in ONE Championship, so I did not pay much attention to money. My milestone was ONE Championship, not money.”

“The Wolverine,” a recent graduate of Balochistan University of Information Technology, Engineering and Management Sciences (otherwise known as BUITEMS), would reach that milestone last year. 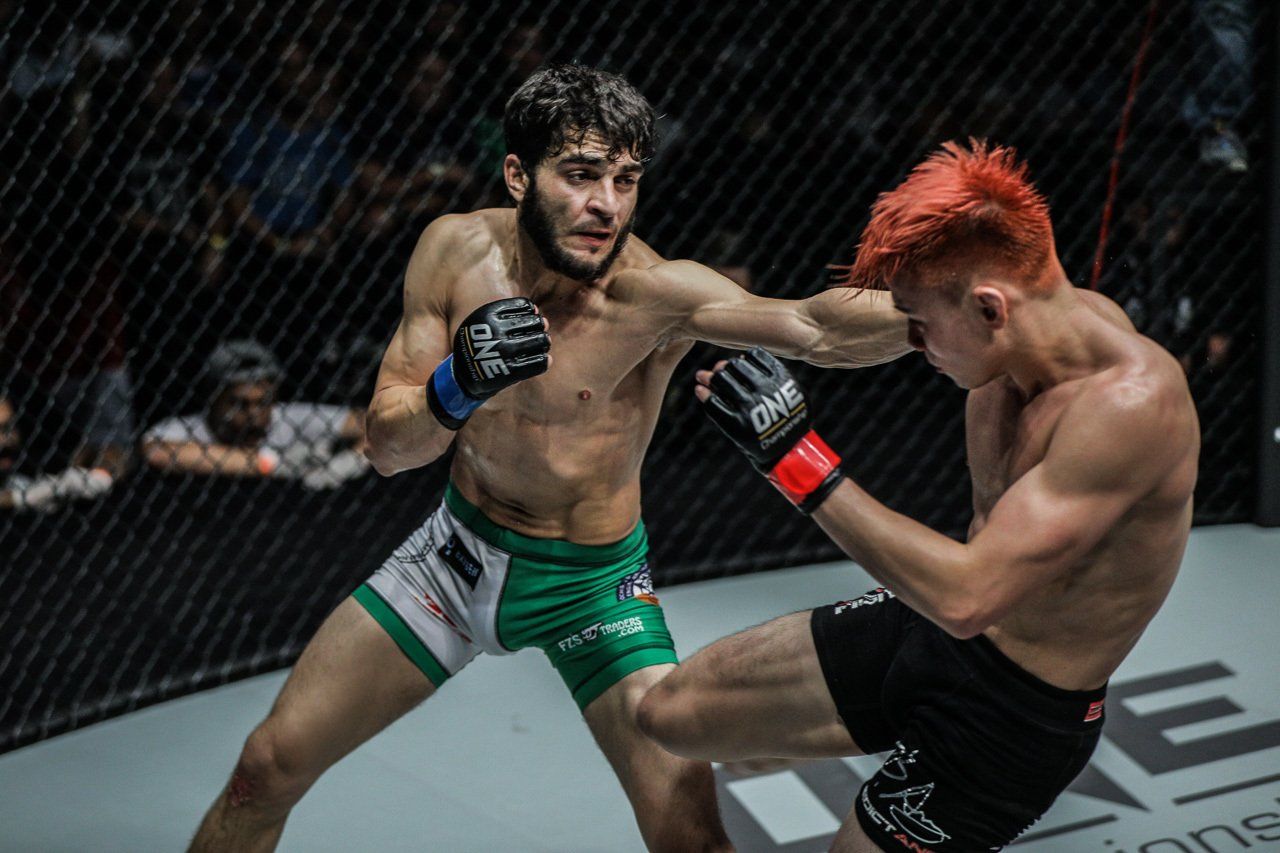 He signed on the dotted line with ONE and made an exciting debut at ONE: DEFENDING HONOR in November 2016, where he bested Evolve MMA’s Benedict Ang in Singapore via unanimous decision.

For Mujtaba, one of Pakistan’s brightest young stars, it was the realization of a longtime goal.

“It was always my dream to compete in ONE Championship,” he begins. “When I was walking out to the cage, I was so happy and excited that my dream has come true. And with the win, I earned respect for my people and my country.” 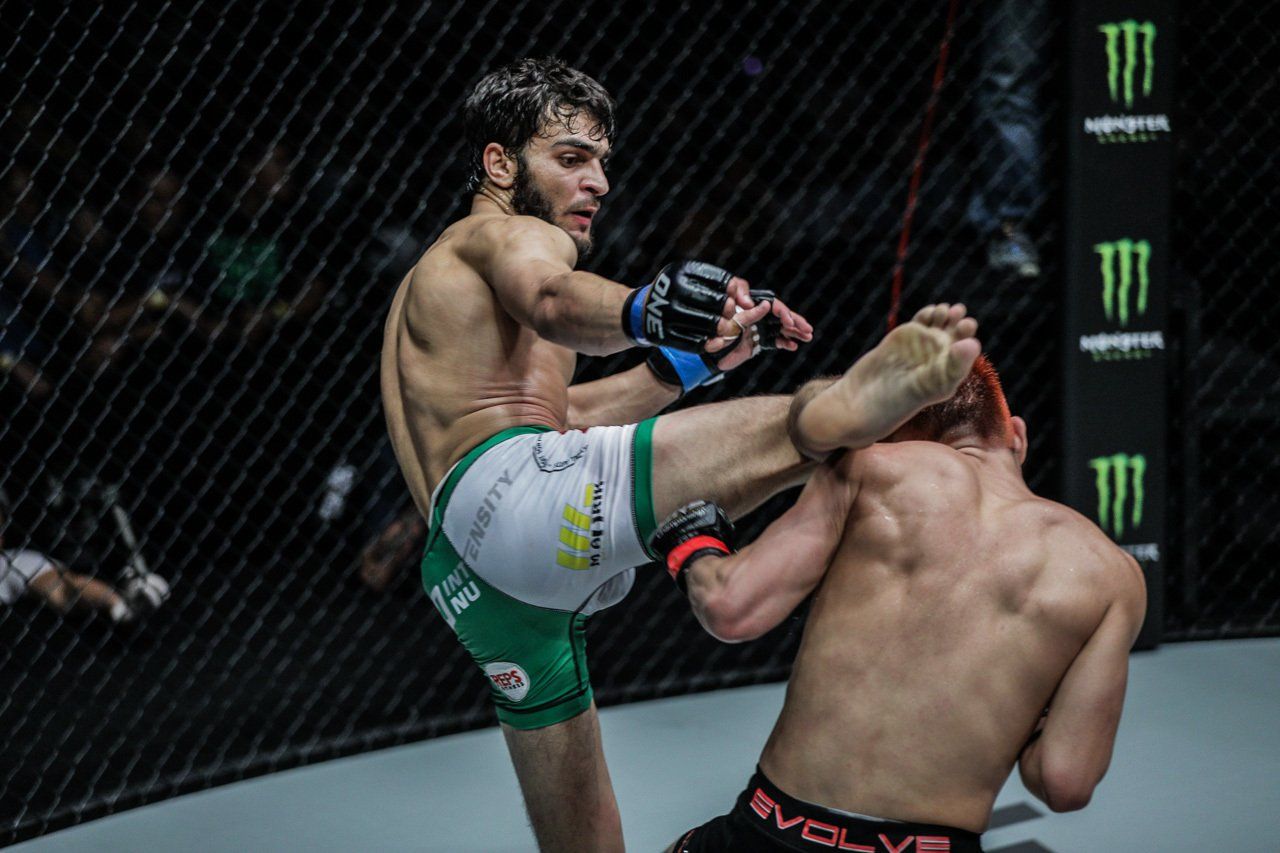 The Fight Fortress product also noticed the victory helped pump a new energy into his country’s competitive martial arts scene, which was originally developed and nurtured by pioneer Bashir Ahmad.

“Martial arts’ growth in Pakistan is still increasing gradually,” he continues. “After my debut win in ONE Championship, everyone came to know who ‘The Wolverine’ is and what type of sport this was. We had a lot of students enrolled in the gym.

“Apart from this, per year we have three to four martial arts events with athletes from all across Pakistan who come and showcase their skills. There are some really good athletes who are working hard.” 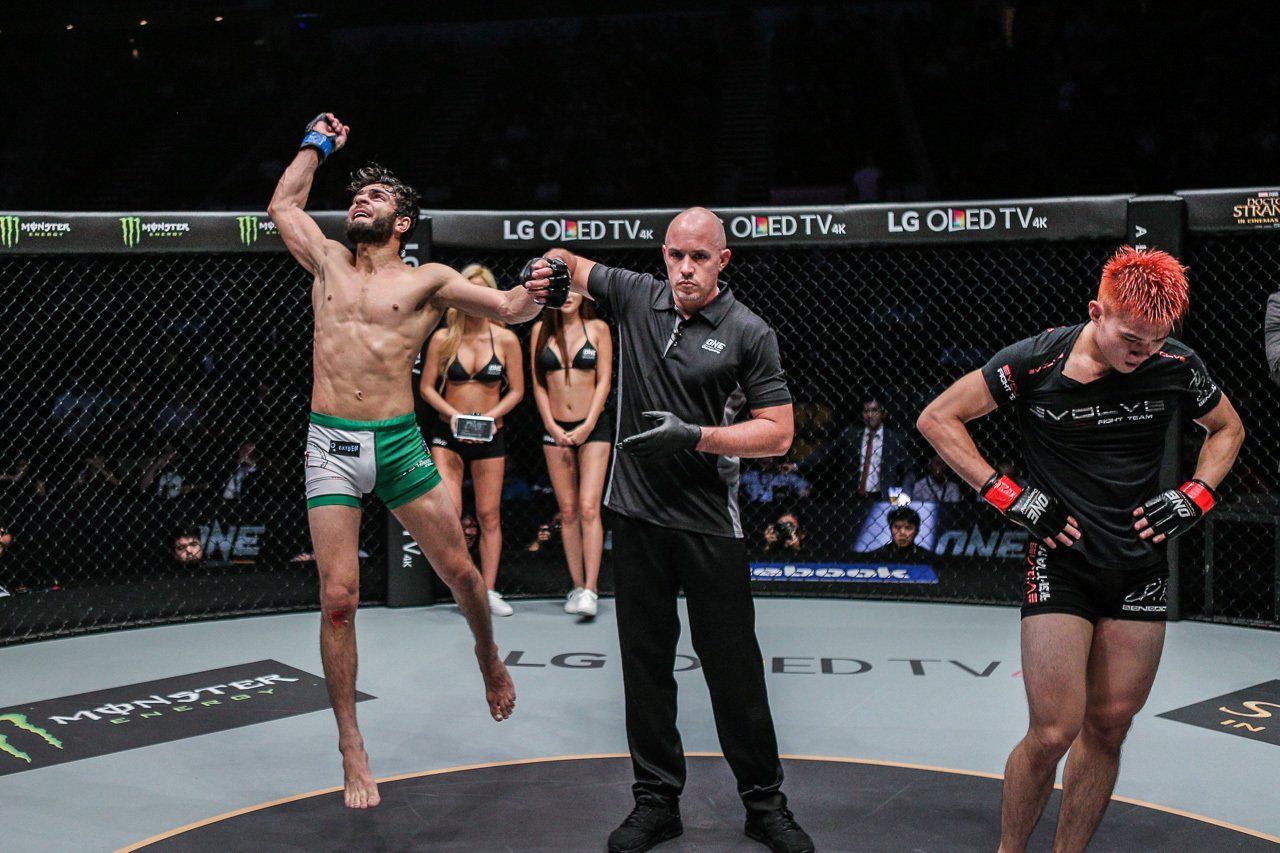 Mujtaba is working hard too, as he is scheduled to return to the scene of his first promotional victory, and hopes to make lightning strike twice at ONE: IMMORTAL PURSUIT. Standing in his way is Li Kai Wen, an aggressive 22-year-old striker who is the ONE Featherweight Beijing Tournament 2014 Champion.

Ironically, the last man Li defeated inside the ONE cage was Subba — the same man “The Wolverine” was defeated by — in July 2016 via unanimous decision.

Although Li may have higher morale knowing he defeated a common foe, Mujtaba’s confidence is on another level, as he has rededicated himself to his craft. He has been preparing for this bout in Brazil, where he is training alongside Renato Velame at Fight House. 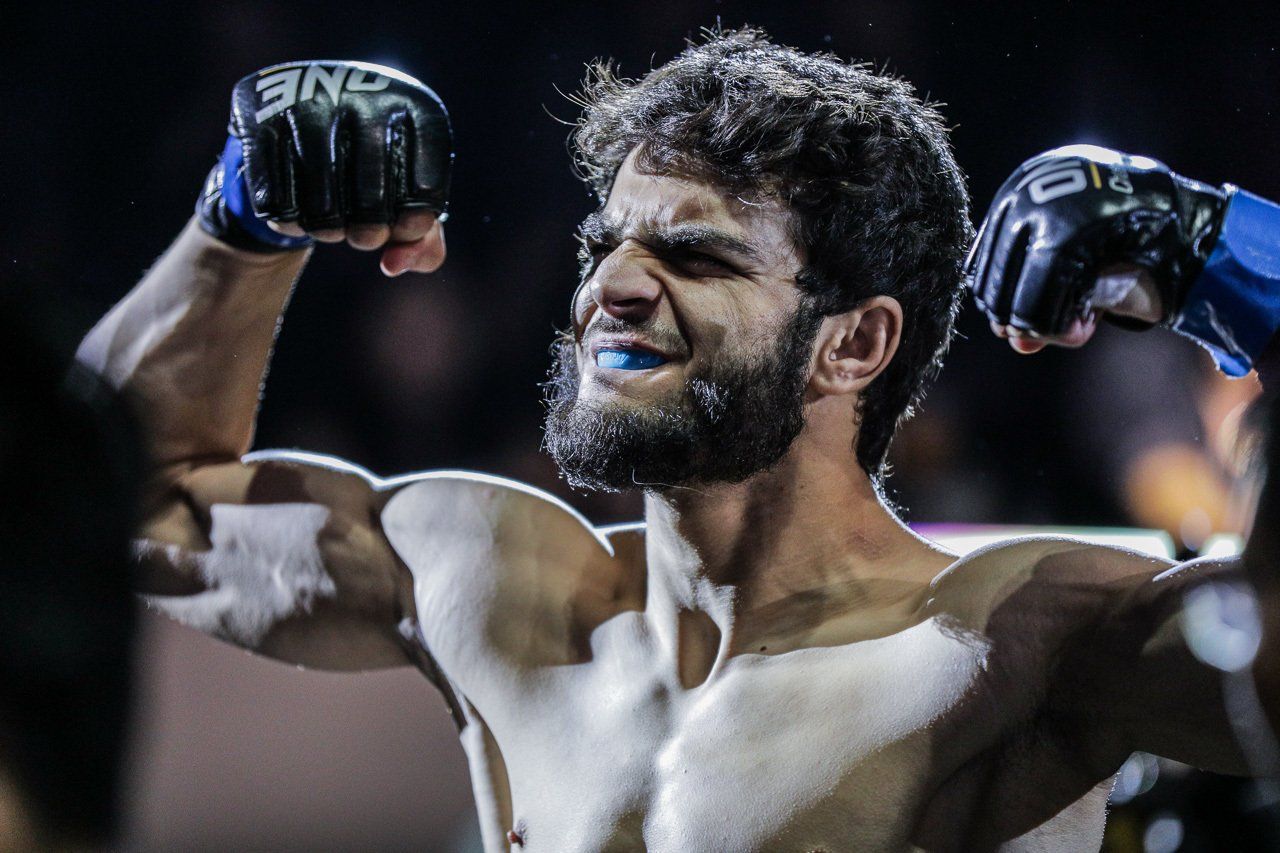 Because of the world-class training he has been receiving, the Pakistani is feeling extra confident and believes he holds the advantage in every area of the game.

“I have better Brazilian jiu-jitsu and wrestling. I will outclass him in striking, too,” he says.

“There is no pressure. I will step in the cage again, get the win and make the crowd go crazy.”