The featherweight matchup lasted the entire three rounds, and Mujtaba was able to earn all three judges’ favor to win by unanimous decision. The bout took place on the undercard of ONE: DEFENDING HONOR at the Singapore Indoor Stadium on Friday night, 11 November.

The first round saw both fighters trading strikes at the center of the cage. The local favorite Ang pressed the action, catching Mujtaba with a couple of solid knees from the clinch while Mujtaba laid back and countered with dirty boxing.

However, neither fighter could establish themselves in terms of damage inflicted, but a calmer and more composed Ang landed the cleaner blows in the opening frame. 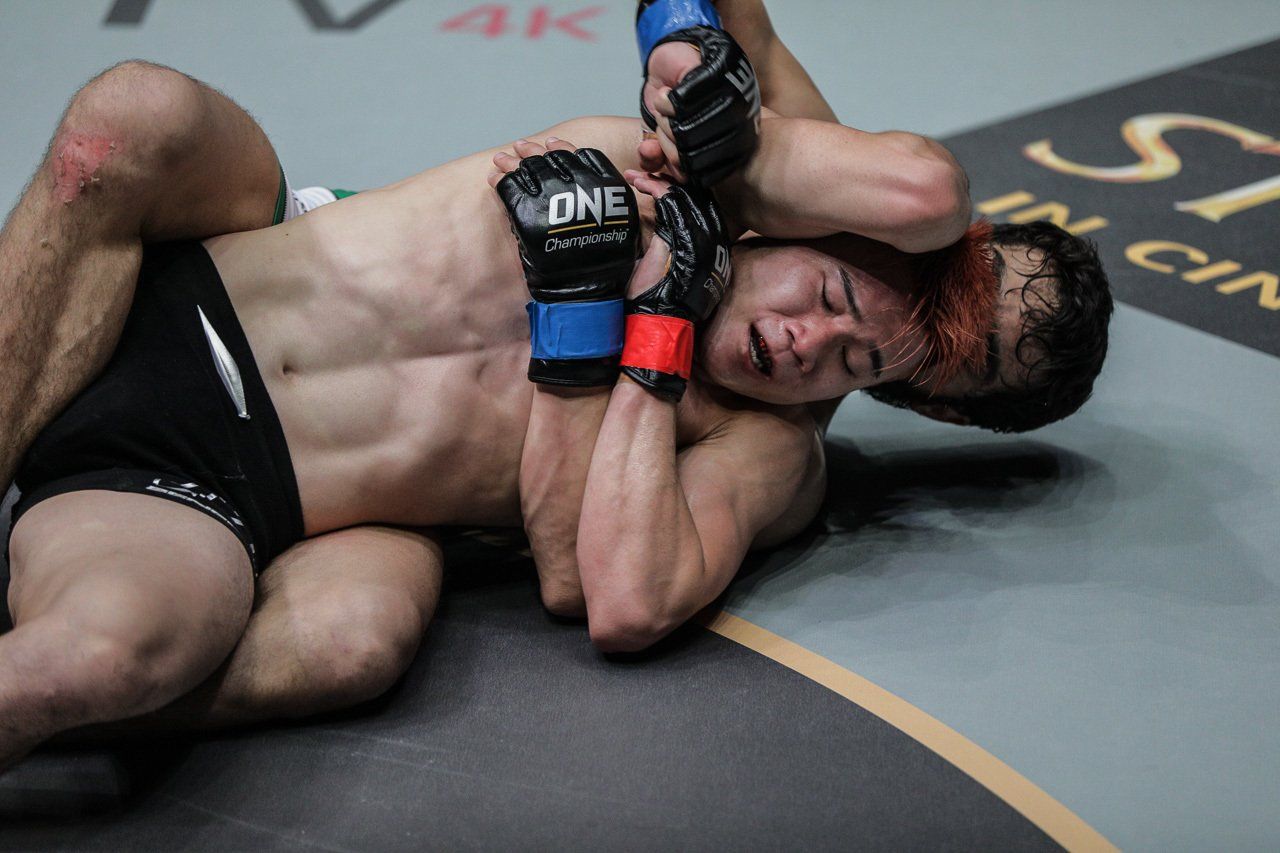 Action continued in the second round, with both fighters scoring multiple times with landed shots. Ang continued to land clean strikes, but Mujtaba slowly worked towards the mat. Close to the end of the round, Mujtaba scored a takedown on Ang and quickly took his back, nearly securing a rear naked choke as time ran out.

Mujtaba had his arm underneath Ang’s neck, but the bell rang just in time to save the 20-year-old Singaporean from a submission loss.

Ang regained his composure in the third round, slipping Mujtaba’s punches beautifully, countering with blistering uppercuts and hooks. However, it was Mujtaba who scored on a few more takedowns and appeared in control to finish the fight. It was a very close contest that could have gone either way. Unfortunately for Ang, the decision was not in his favor as Mujtaba did just enough to earn the victory. With the win, Mujtaba improves his record to 6-0, while Ang drops to 3-1.

Speaking after the loss, Ang said: “It didn’t go my way, but there are a lot of things I could have done better. I enjoyed the whole experience. I’ll take it as it is and come back stronger. I’ll take this as a positive. One loss doesn’t define anything. I’ll come back.” As for the still-undefeated Pakistani Mujtaba, his ONE debut couldn’t have gone any better.

“Of course, fighting in ONE Championship has always been my dream when I started my career, and by the grace of all my luck, I’m here right now for my debut in ONE FC against a good wrestler, Benedict Ang,” said Mujtaba.

“He fought against Waqar Umar for ONE, another guy from Pakistan, and he won against (Yohan Mulia) Legowo and had a really good fight against (Jimmy) Yabo, so I was pretty sure it was going to be a tough fight for me.

“Of course, it’s a fight where one has to lose and one has to win, and today I was the better man.”