After losing the ONE Lightweight World Championship to Martin “The Situ-Asian” Nguyen six months ago, Eduard “Landslide” Folayang took the necessary first step to reclaiming the gold.

Last Friday, 18 March, the Filipino hero made a triumphant return at ONE: UNSTOPPABLE DREAMS in Singapore, and defeated 11-0 Russian juggernaut Kharun “Predator” Atlangeriev via unanimous decision.

The 34-year-old martial arts veteran may have gotten a decisive victory, however, he harbors some mixed feelings.

Eduard "Landslide" Folayang rebounds with a dazzling performance, striking his way to a unanimous decision win!

Eduard "The Landslide" Folayang rebounds with a dazzling performance, striking his way to a unanimous decision win!Watch the full event LIVE & FREE on the ONE Super App ???? http://bit.ly/ONESuperApp | TV: Check local listings for global broadcast

Despite dominating the Russian sambo specialist and controlling the action for three rounds, Folayang only gives his performance a satisfactory rating.

“I wanted to push my game plan, but I had a hard time doing so. I was satisfied with my performance, although I could have done better in some areas,” the Filipino hero begins.

“I really pushed the pace, and I believe I carried the fight from start to finish. He [Atlangeriev] never took any chances. He was extremely passive, and that made it very difficult to engage. He was too cautious in there, and that made it hard to get my offense to flow.”

Still, Folayang pulled away with a clear-cut unanimous decision win, and finds himself one step closer to the ONE Lightweight World Championship, which he captured a year and a half ago in the very same stadium he performed at last Friday. 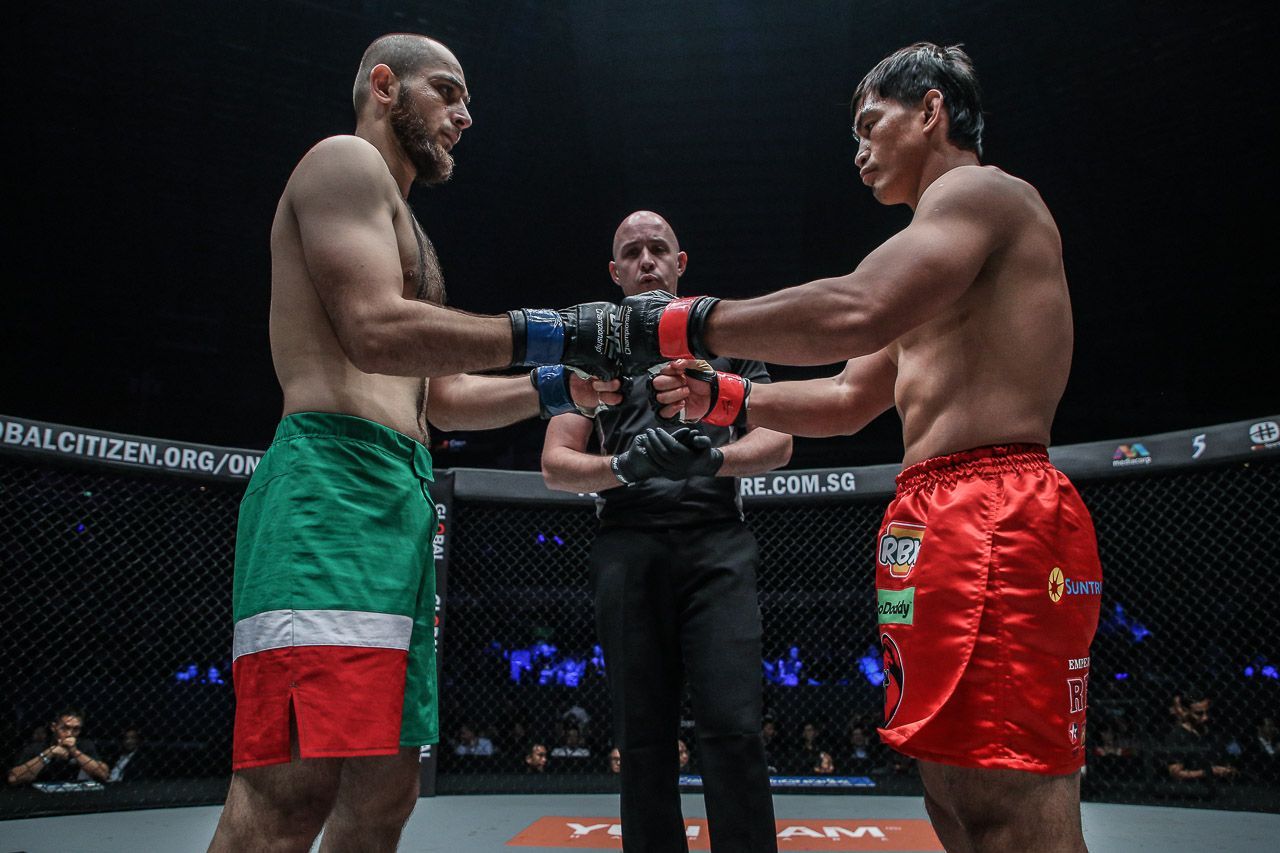 The Filipino paid close attention to the night’s co-main event, which featured two-division ONE World Champion Nguyen, as he successfully defend the ONE Featherweight World Title against rising star Christian “The Warrior” Lee.

While the featherweight world title was on the line, Folayang could not help but be reminded of his historic clash with “The Situ-Asian” from November, which was billed as the promotion’s first-ever “World Champion VS World Champion” contest.

Even though he suffered a heartbreaking knockout in the second round, “Landslide” would love nothing more than to avenge his loss to Nguyen and recapture the belt he previously held.

“Of course, that is over and done with, but I definitely want a rematch. That feeling of being in the cage with him in one of the biggest events in history, it is still there,” Folayang says.

“There is nothing I want more than to be right back to that level. The fire still burns inside of me. My dream and desire to redeem myself is stronger than ever.”

However, Folayang understands he may need another victory or two before he gets that title shot.

The lightweight division is packed with hungry competitors all vying to get an opportunity against Nguyen.

Some of those competitors include Russia’s Timofey Nastyukhin, Thailand’s Shannon “OneShin” Wiratchai, Malaysia’s Ev Ting, Singapore’s Amir Khan, who won earlier in the night, and Japanese martial arts legend Shinya Aoki, whom the Filipino originally defeated for the belt in November 2016.

According to the Philippines’ finest, it does not matter who he is paired up with next. He just wants to face opponents who will bring him closer to a world title rematch. 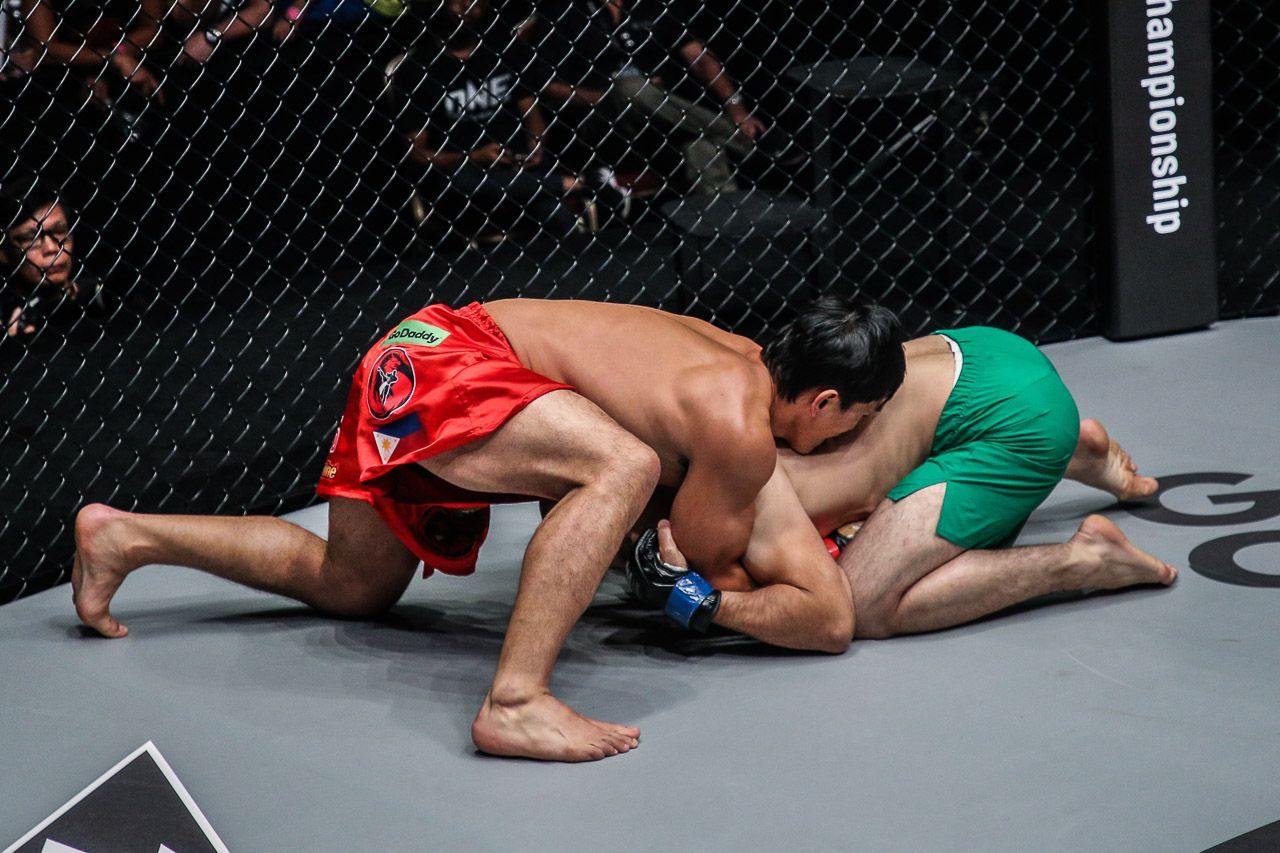 “Whatever ONE Championship prefers, I am open to it,” he says.

“I am hoping to fight two more times this year, as early as July, and then again towards the end of the year. Hopefully, I will get the rematch by then, but I will take any exciting match-up that makes sense.

“The most important thing right now is that my fans and everyone in the world knows I am back, and I still have what it takes to reach the top. I will take a quick rest, then get right back on the grind and onto the next one.”

Folayang – always serving as a positive influence on his Team Lakay brothers and sisters, and the broader martial arts community in general – is looking to inspire through his journey to regain the belt. 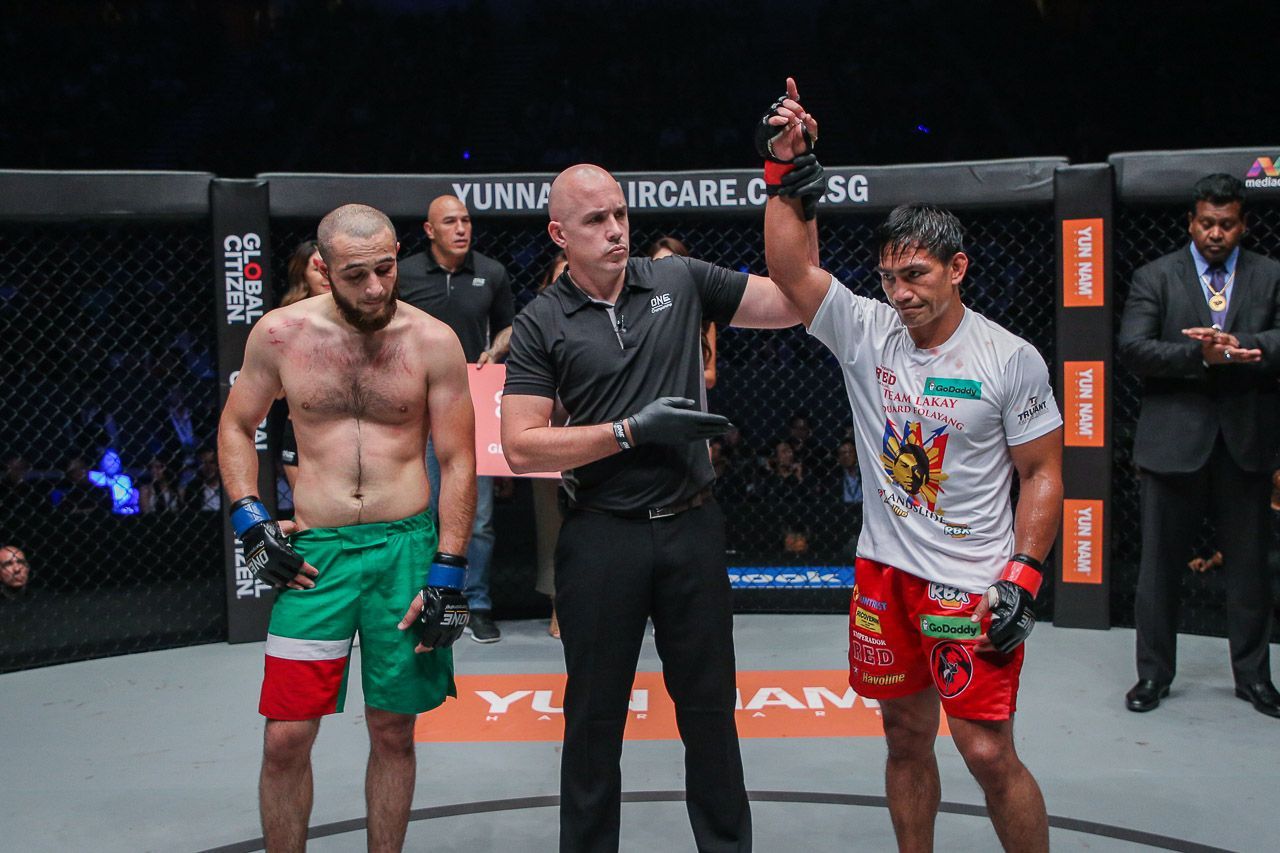 He is driven to show the world that he can rise back up to the top of the lightweight division after collapsing and taking a hard fall. In fact, from the sounds of it, everyone may be witness to the best “Landslide” yet.

“I have my eyes firmly set on redemption,” he continues. “I truly believe the title is still within my reach. I will do whatever it takes to make my way back to the title.”